In light of the recent, exciting news that New Brunswick's own, Veganized, is going to be expanding to a larger location and keeping the original as some variation of a pizzeria, here's a throwback to my original post about them, as well as the follow-up I wrote-up for Vegansaurus, wherein I delved a bit deeper into the over-bearing waitstaff and the unusual exultation visited upon non-vegan customers.

I'm thrilled that they're so successful, but the chef/owner's habit of taking their vegan clientele for granted is still going strong and just rubs me the wrong way. As quoted in the article linked to above,

"Since those who are vegan will likely try Veganized anyway, said Biton, his target customer base is non-vegans who are learning what vegan food really is."


I recognize that the goal is always more vegans (or even more vegan meals for non-vegans), but the dismissive sentiment continues to be off-putting. Why? Why alienate your own peeps- both in person and in print?

Wishing them every success, but likely not a must-visit for me.
Posted by Abby Bean at 7:14 PM No comments:

Email ThisBlogThis!Share to TwitterShare to FacebookShare to Pinterest
Labels: Veganized

I've now officially consumed Eat Nice raviolis in enough variations that I feel thoroughly compelled and adequately equipped to give you my unbiased opinion, which is, THEY ARE SO RAD!! I mean, just look at 89's hangry face; she is all of us in the presence of these rad ravs. 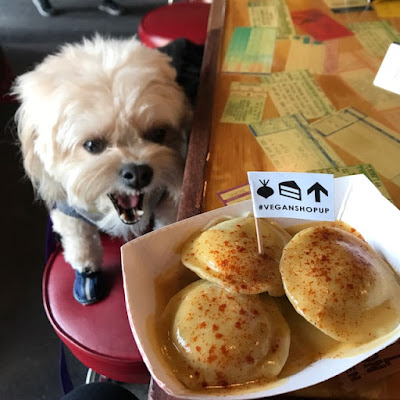 Let me start from the beginning. I'd been hearing all about these raviolis and everyone seems to have a favorite. "Oh, you MUST get the creamy (nada) ricotta; they're the best!" "Oh, no; the meaty walnut is unmatched in flavor!" Guys, guys: calm down. You know Imma try both, so slow your roll. I got these at Basil Bandwagon, but then I picked up additional bags at an NJ vegfest event. 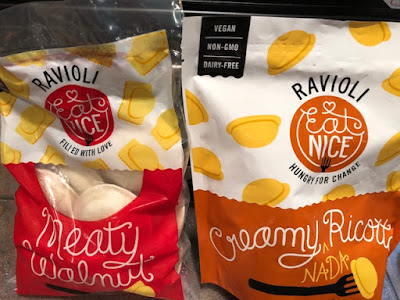 Obvs I enlisted VM to prepare said raviolis. I mean, boiling water is hard work AND a large pot to clean! Brace yourself for this admission: she boiled both varieties TOGETHER in the SAME POT so that you didn't know which kind you were gonna get. BLASPHEMY. 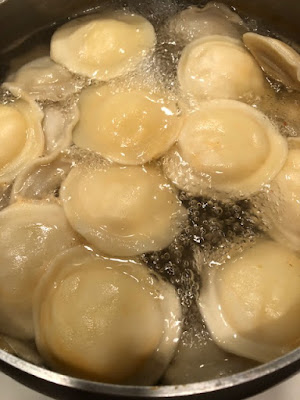 But then she served them up nice in her award-winning marinara, so I didn't mind. And, I absolutely could not pick a favorite; they are both ridiculously good in their own way. I suppose more research is required, though; know what I'm saying? 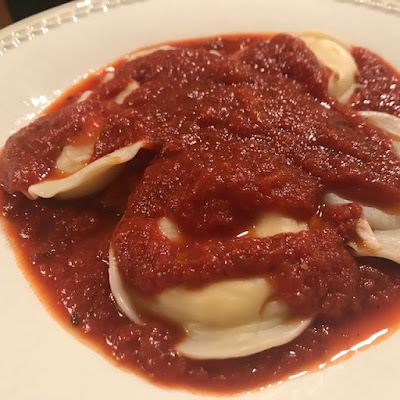 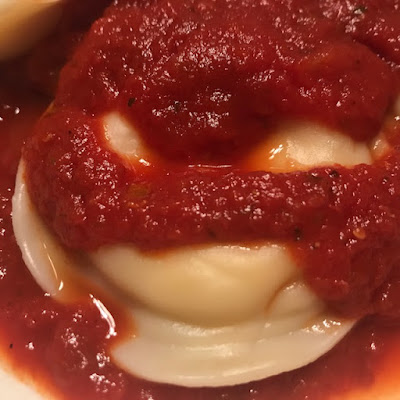 THEN I was lucky enough to try the radioli slice from Screamer's Pizza- Mamma Mia! 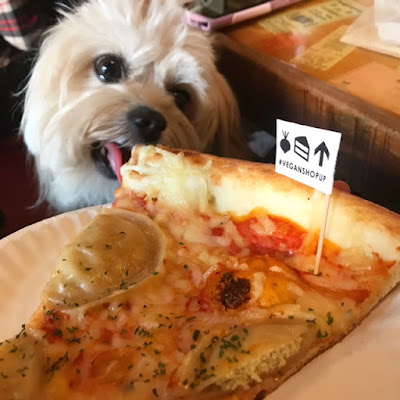 Next up, I had the meaty walnut raviolis at Vegan Shop-up: prepared with a positively decadent, creamy, cauliflower paprika sauce. 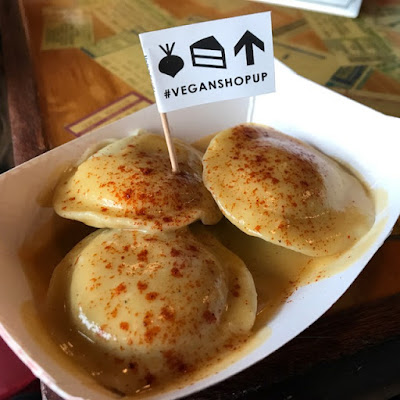 Obviously, I was totally hooked at this point, but I was waiting to catch the holy grail: fried creamy nada ricotta raviolis at an event. Then, sure enough, I got 'em the following month at the next Vegan Shop-up! 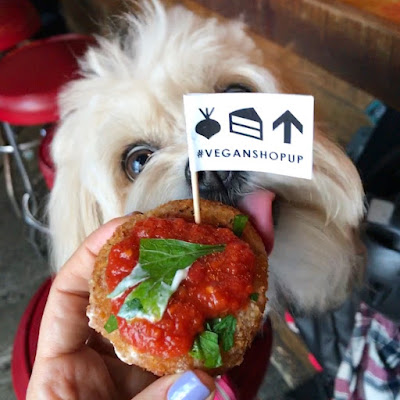 I cannot describe how decadent these were. I was so excited that I gave a few away... and then ordered a second batch to keep to myself. THEN I got a third batch to bring home to VM; they were THAT GOOD. I wish I had some right now. Sniffle, sniffle. 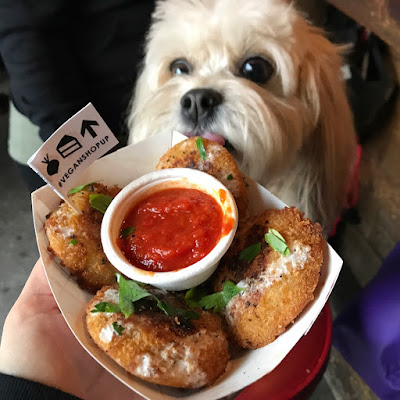 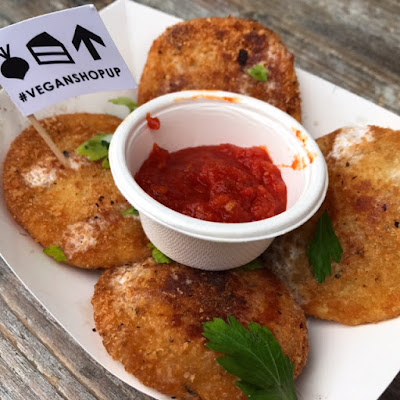 Eat Nice even gave a shout out to my furry food monster and partner in snacking. She does look hella cute calling dibs on this rav. 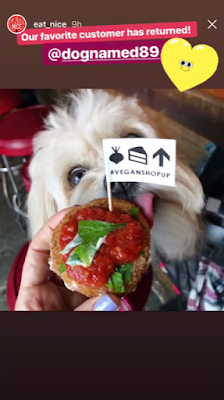 So happy to support such an amazing product by a proud vegan company.

If you haven't yet tried these bad boys, definitely seek them out at a store near you, or order them online.
Posted by Abby Bean at 1:05 PM 2 comments: