Benny's Burritos is generally a bit busy, crowded, loud, and non-vegan for my taste, but I went there for the first time on a night when I'd just met some really good friends, so it holds a bit of a nostalgic place in my heart.  Also, they're pet-friendly! 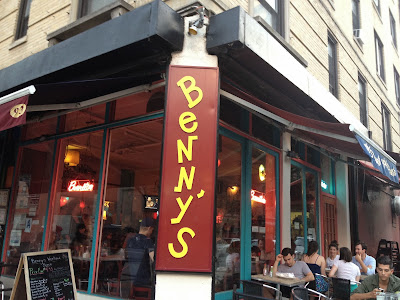 Benny's has a sizable menu, but obviously it's mostly about the burritos. 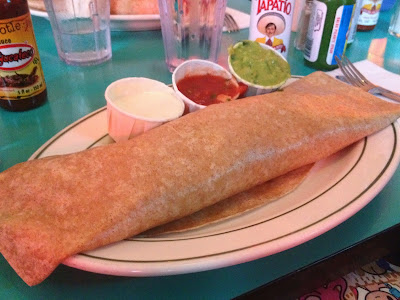 The thing that's most special about Benny's is that they offer "Healthy Substitutions At No Extra Charge"!!  This includes the options of a whole wheat tortilla, brown rice, and tofu sour cream.  Unless you order the non-dairy burrito, they do charge $1.00 for soy cheese (vegan); I guess they don't consider that a healthy substitution?  No complaints here; just happy they have it.  Besides, I usually order the non-dairy burrito. 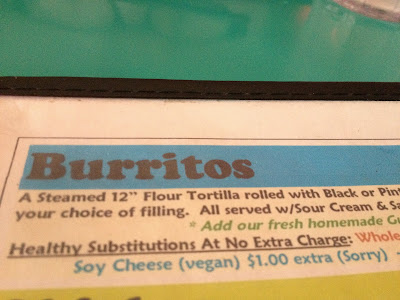 In any event, as of this summer, the printed menu finally indicates that the soy cheese is vegan.  Previously, anytime you would ask, the waitstaff did not know what brand it was*.  Interestingly enough, though: they always handled the inquiry nicely: consistently explaining that it was casein-free.  You kind of have to trust an omni restaurant's non-vegan waiter when he so easily spews those buzz-words. 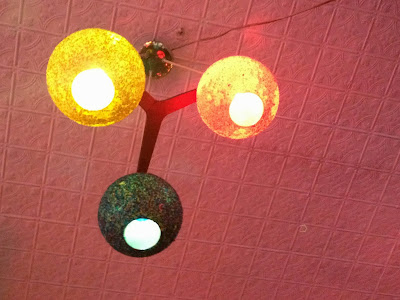 So, my suggestion for your best bet?  The aptly but boringly named non-dairy burrito: beans, brown rice, salsa fresca & vegan soy cheese in a whole wheat tortilla w/tofu sour cream on the side.  Since you saved that soy cheese dollar, splurge on some guac and dig in to one of these monsters with abandon. 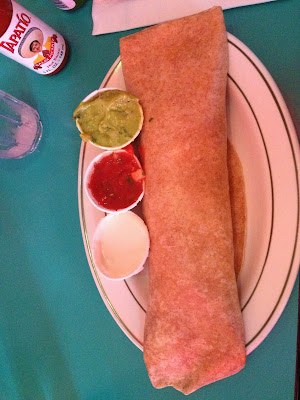 In case you were wondering: they have an A. 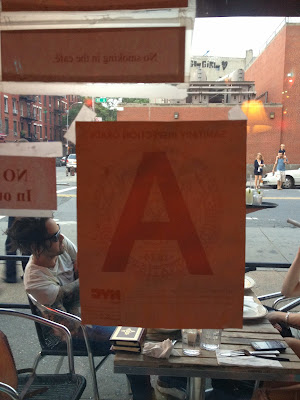 Last summer when we were enjoying an early dinner, we spotted this guy outside. 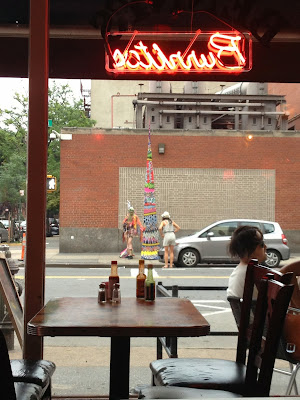 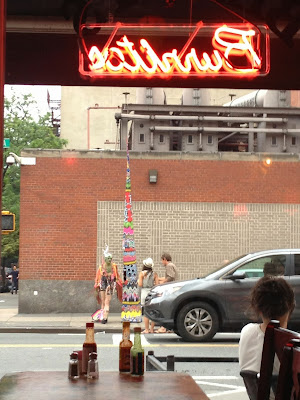 At that particular moment, the interesting thing wasn't obvious.  It had nothing to do with how he was dressed or what he was standing beside; it was that we'd seen him, earlier that day, toting it through Figment.  How he'd managed to make it with his sculpture in tow from the ferry to the east village in about the same time it took our lazy behinds, we'll never know. 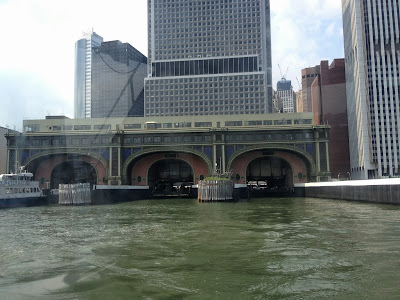 Some shots from Figment 2012 for your viewing pleasure. 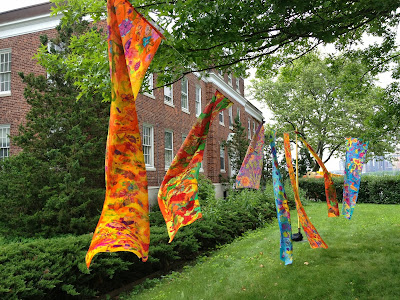 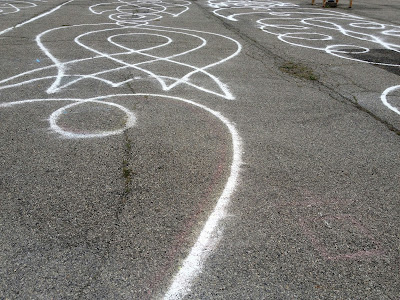 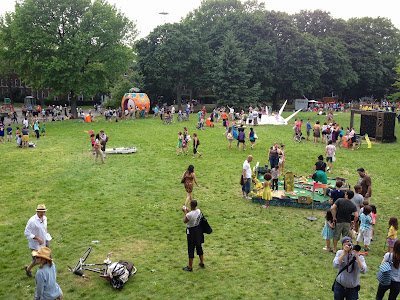 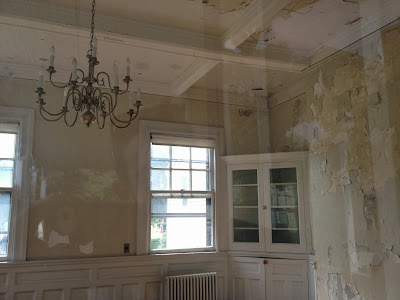 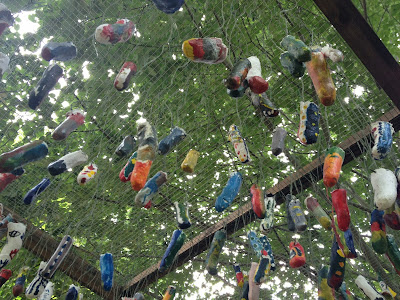 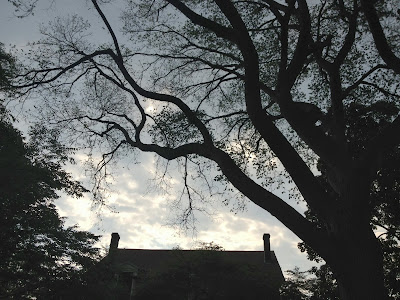 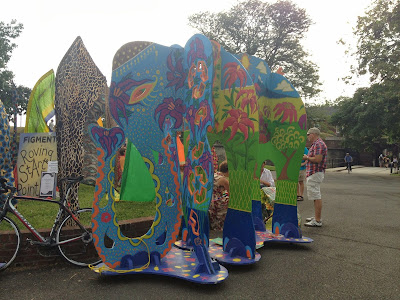 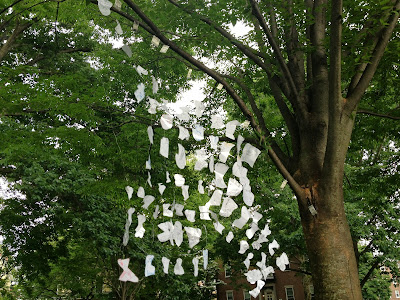 * It's an epidemic: as much as I love The Bean, there was a recent, similar incident that went as follows:

Luckily, Mondays are sometimes "Ask the Bean" day on Facebook, so I did just that.  It was confirmed that their tofu cream cheese is, in fact, vegan. But, still not word on what brand/from where.  More mystery vegan cheese...
Posted by Abby Bean at 7:56 AM