Thanksgiving and a Noodle Pudding Miracle

There was a Kevin Hart meme going around this year suggesting that everyone stop posting photos of their Thanksgiving plates because we're all "eating the same shit." That may be true- literally, for millions of non-vegans, but the vegan plates that fill my social media feed on thanksgiving are some of the most colorful and meaningful plates that I see all year. Keep 'em comin'! 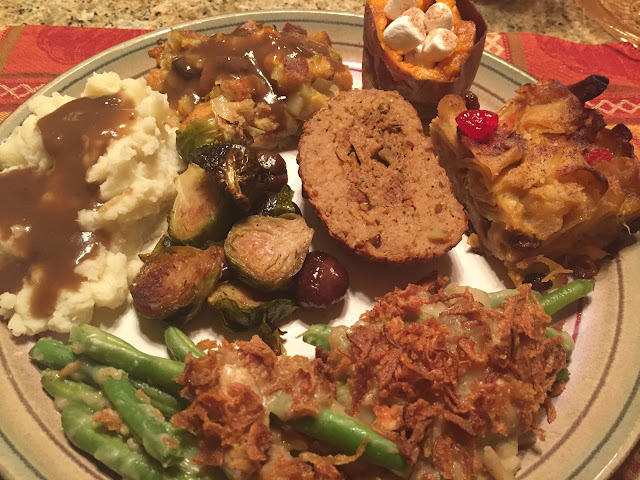 But I'm getting ahead of myself. The reason I find these bountiful plates so thrilling is that when I went vegetarian in high school, it really just meant that I'd be leaving turkey off my plate. But today, as a vegan, it's not about elimination, it's about abundance. And never is that contrast more evident than in what VM prepares for Thanksgiving.

That inevitable first Thanksgiving when I refused a piece of obligatory turkey, VM was mortified and- dare I say, angry. It was surprising to me because I never even liked turkey in the first place. But, looking back, I think it was the symbolism of the defiance: refusing to eat something that she'd painstakingly prepared. Fast forward to my 16th Thanksgiving as a vegan: VM, now vegetarian herself, has now expertly veganized every holiday-specific dish and I am her biggest fan. Sure, we banter, but I kid!

Thanksgiving day started off with Trader Joe's seemingly accidentally vegan pumpkin rolls. These are the kind that pop out of a can and, just a few minutes later, you have a yummy and warm pastry. Well, 5 actually. 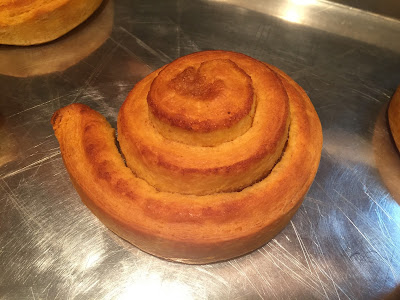 They come with a pouch of pumpkin icing, but I prefer to use only a little of that and then douse the roll in maple syrup. Not shown drenched because you'd plotz if you saw how much maple syrup I'm talking about (hint: that's why it's in a bowl). 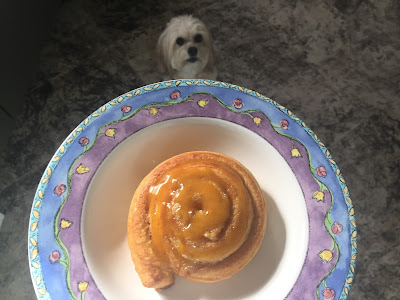 The rest of the day was spent cooking. Not me, VM. She made her famous corn stuffing, maple-roasted Brussels sprouts with chestnuts, mashed potatoes with mushroom gravy, baked sweet potatoes with cinnamon and marshmallows, and a Field Roast Celebration Roast with applesauce.

As promised, I made the green bean casserole. 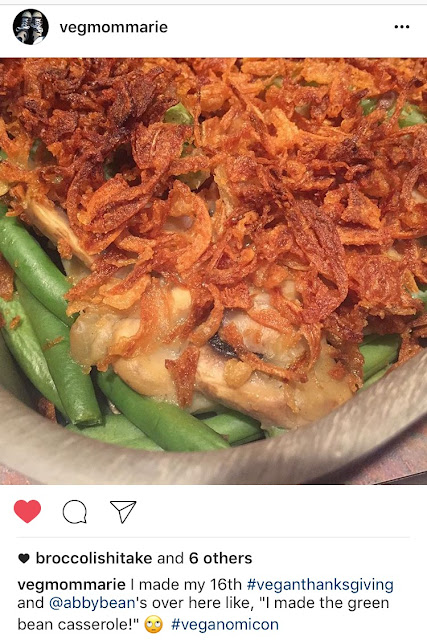 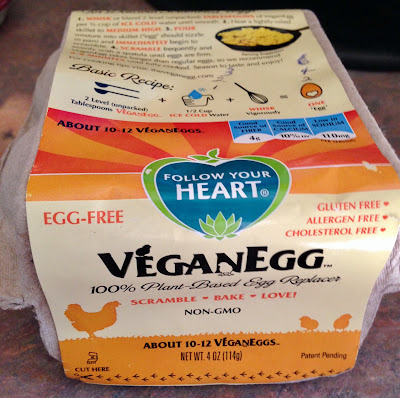 We were gifted a box of Follow Your Heart's vegan egg and, a few days before Thanksgiving, VM made her 1000th attempt at veganizing her noodle pudding (keugel). IT FINALLY WORKED! 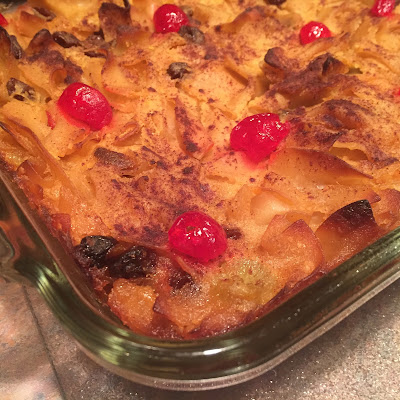 This vegan version was 100% indistinguishable from its egg-laden counterpart. 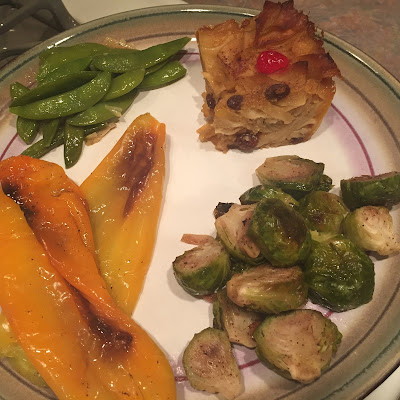 There are very few things left that have yet to be veganized. After m&ms, this was the lone holdout I can think of and I couldn't be happier. I think I actually forgot just how much I love it, and now it's mine any time I want it she makes it. Yay for me! 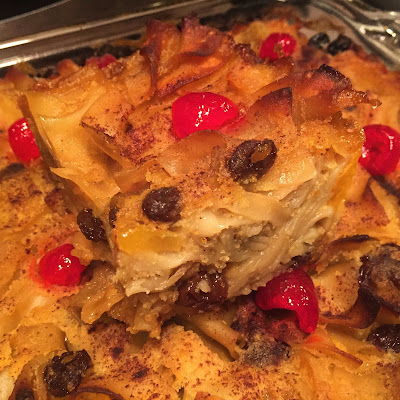 In case you're wondering what 89 was up do while all this was going on, she basically spent every waking minute sitting at the table waiting to be served. 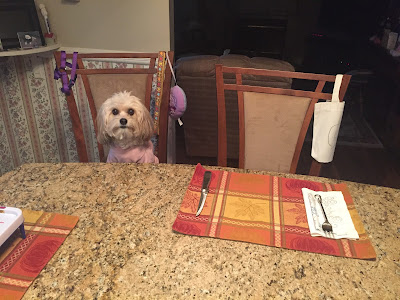 And served she was; here's her plate. Watch her noisily scarf it all down. 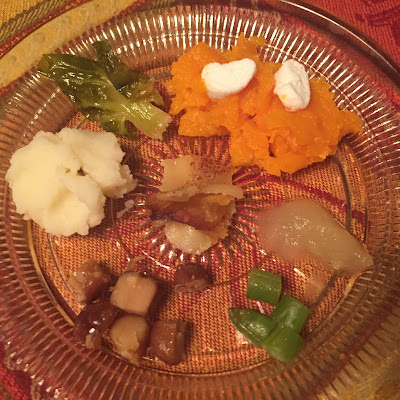 Finally, I shall leave you with @thespicyvegan repost that's been blowing up my own FB page this week: 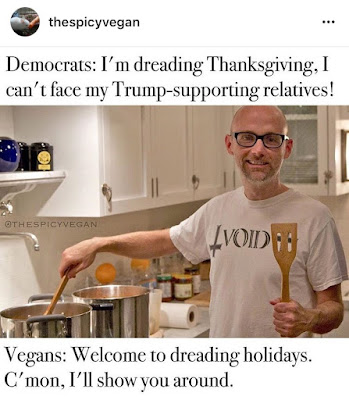 Hope your holiday was happy; there's more to come!
Posted by Abby Bean at 8:05 AM