I feel awfully crummy about not being able to make the Vegan Shop-Up this weekend The Vegan Shop-Up has, unfortunately but understandably, been postponed due to the impending snowstorm [Update: as of 2/8/13 11:00am the Shop-Up is back on!]; so, I thought I would assuage my disappointment by revisiting some goodies that somehow missed being blogged. 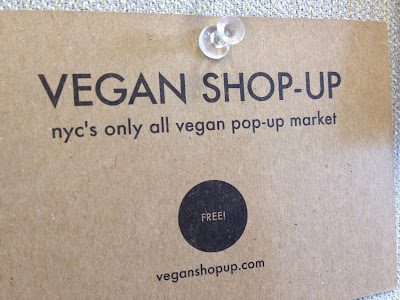 I'll start with Alchemy Creamery.  I don't usually post (human) portraits on my blog, but Giuseppe's great expression had to make the cut.  Plus, he was holding my generous cup of chocolate chai ice cream, which was incredibly deserving of being showcased and wouldn't otherwise have been since after this picture was taken it immediately jumped into my mouth.  I swear that I didn't intend to stuff my face so gluttonously on this particular day (having just come from Champ's), but my will-power was no match for chocolate chai.
﻿
﻿
My partner in ice cream crime went with a mix of apple pie and pumpkin because after tasting them she couldn't choose. 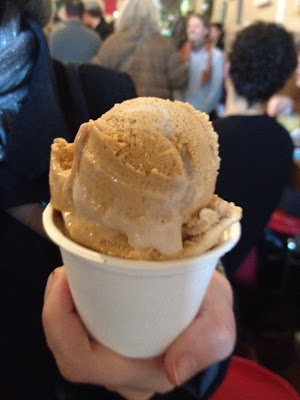 Rest assured that these were only the flavors offered on this particular day; their list of non-dairy, gluten free offerings is long and rotating. 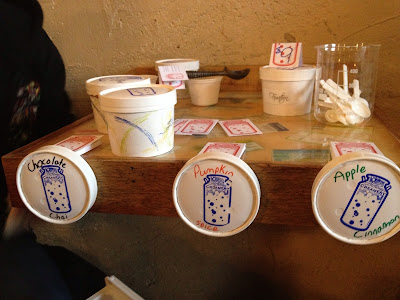 Was this the same Shop-Up?  I can't remember.  But check out this one in an amazing line of superbly pickled bloody Marys I've devoured at perennial Shop-Up host Pine Box Rock Shop.  One note: if I could implore other Shop-Up attendees to leave the bar for the imbibers that would be great.  I'm too clumsy to drink while walking and shopping during these crowded events, so it's nice to be able to grab a stool when the urge hits- rather than to watch, thirstily, as the bar remains impenetrable due to swarms of non-drinking peeps simply taking a break from the fun. 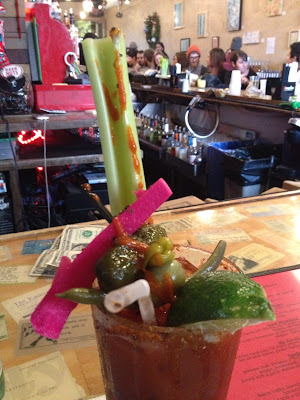 Our furry friends are not to be overlooked at the Vegan Shop-Up; no siree.  I picked up this awesome cookie for 89 from Heirloom Vegan Eatery. 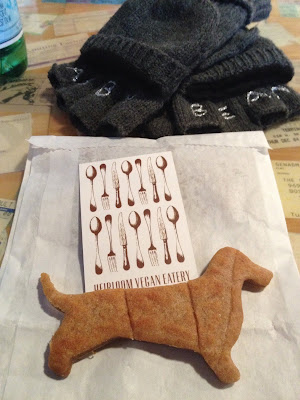 Here it is again right before she scarfed it down like her idol, me. 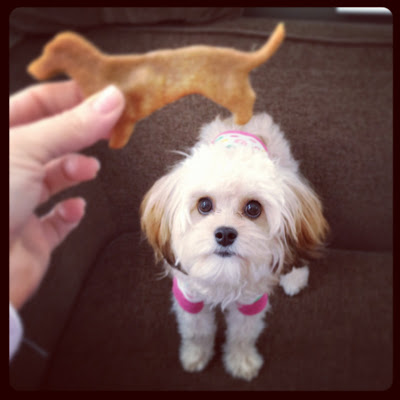 A relative newbie to the Shop-Ups is La Pirata Kitchen, an organic vegan bakery.  I got sucked in because they were sampling an awful lot of things that sounded right up my alley- like shortbread and marzipan.  I got a few of these linzer tarts for my family and they were even better than they looked- and they looked flawlessly gorgeous.  Easily the best linzer tart I've ever had, and I truly appreciated how carefully they packaged them so that they arrived home looking exactly as displayed.
﻿ 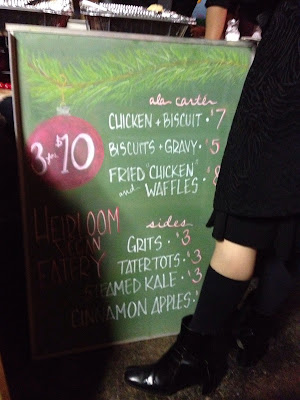 They're usually in the back, so since Pine Box is big I'm usually pretty full from having eaten my way through.  On this day, though, I still managed to squeeze in their homemade (!) tater tots with hot sauce. 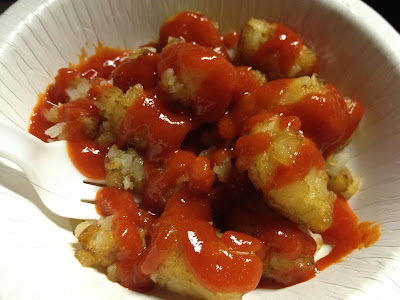 The Cinnamon Snail remains a huge hit wherever it roams- including at the Shop-Up.  This even though the winter months make it prohibitive to enjoy your grub curbside. 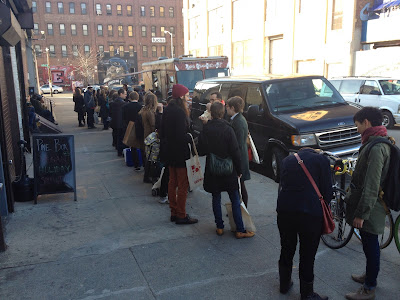 By now I imagine that you're all familiar with Gone Pie's goodies.  But what you might not know is that they're always creating new things (chocolate almond tart, I'm coming for you).  For instance, have you tried a chocolate peanut butter primate yet?


Just because I'm going to miss this weekend's Vegan Shop-Up doesn't mean you should.  Do yourself a favor and check it out!
Posted by Abby Bean at 7:06 AM