Perhaps it was because it was the first time I'd worn a bathing suit in year, but while I was gorging my way through the three-day eating-fest that was my Fourth of July weekend, it occurred to me that I might want to kickstart a healthier way of eating sometime soon. 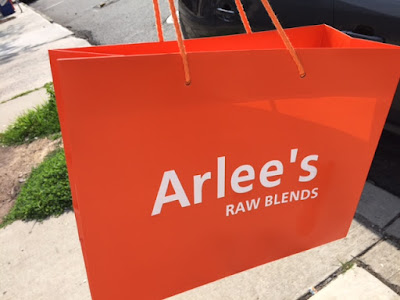 So, with a belly full of veggie burgers and dogs, onions rings, and various ice cream novelties, I stopped at the new Arlee's Raw Blends in Princeton, NJ Monday morning to see how a 1 day cleanse would work. The gentleman working didn't seem to think the fact that I was vegan had any bearing on what cleanse was appropriate for me; this may or may not have had something to do with the fact that I'd told him the last thing I'd eaten was a funfetti cake. He suggested the Relieve cleanse, which is pretty much for your everyday person looking to start a healthy regimen. I don't really know if this means it's easier or harder on the body or tastebuds, but I took his word for it because although I'd tried to do my homework online prior to my visit, I found that their website left a lot to be desired in the way of information and no one responded to my email inquiry.

I tried a few juices before purchasing, which was great because I did make one swap of one I'd never be able to get down (beet) for one that would be easier for me to swallow (carrot). But overall it seemed like so much juice: six 16-ounce juices totaling 96 ounces. I ultimately opted for the 8 oz bottles vs. the 16 oz bottles because I am not that big a drinker. To his credit, the gentlemen who helped me did point out that I wouldn't be eating and recommended the suggested large bottles, but still; I agreed to bear the responsibility of the decision and it worked out just fine. With the smaller bottles and the water in between I did not feel at a loss for more liquids- and certainly would never have been able to consume double the amount I drank.

Arlee's uses locally grown, 100% organic produce to make their cold-pressed juices. While they're glass bottled, I was a little surprised that the juices were bottled so far in advance- the expiration dates on mine varied by 2 days, which left me wondering exactly how far in advance they were bottled.

Juice #1 was the kale blend #2, which contains kale, cucumber, celery, apple, lemon, and ginger; it made my lips pucker and my eyes squint on every swig. I disliked it so much that it was 4 hours until I felt ready to try something else. I should note that another patron requested the kale blend #3 while I was in, but they didn't have any in stock; maybe that's better? 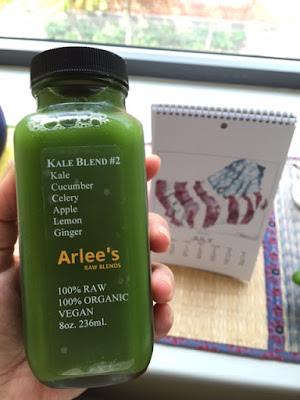 Juice #2 was the pineapple blend, which contains pineapple, apple, lime, and mint; this was really refreshing and something that would probably go really great with vodka. 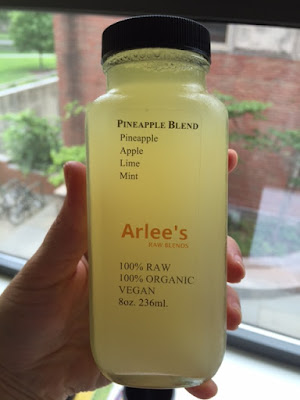 Juice #3 was the carrot blend, which contains carrot, celery, apple, and lemon. It was pleasant enough, but not as good as the pineapple. 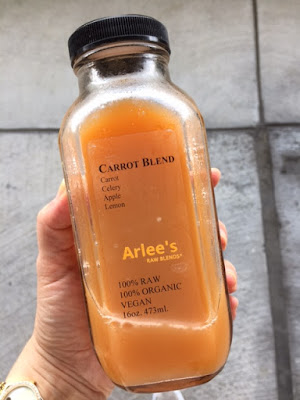 I skipped the 2nd kale juice of the day, along with the lemon cayenne; they're just not my jam. So, I ended the day with the almond blend, which contains almond, distilled water, cinnamon, vanilla, and agave. It had a pleasantly sweet taste, but seemed thinner than the mass-produced almond milk I usually buy. The cinnamon was in abundance and scratched my throat a little, but I was pretty hungry before I drank it so didn't mind much. 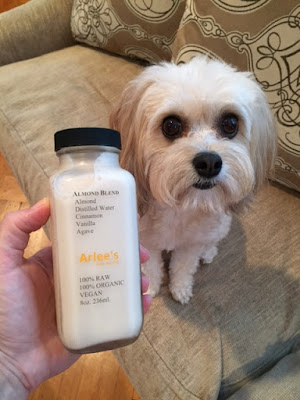 There was no time during the day that the juice did not quell my hunger, so I can't say it was a hardship in the least. I'm not sure if I would bear the expense of another juice cleanse any time soon, but the 1 day really was a breeze and it kickstarted a smoothie week for me which has put me on the right track. I am still bitter about having to skip this and am currently doing my best to resist this, but it's a process!