I've been an ardent fan of Frida Kahlo ever since my high school art teacher showed the class a movie of her life (it wasn't the Salma Hayek version, but rather one of these). Last year, when a friend took me to the art/garden/life exhibit of her work at the New York Botanical Gardens, I was newly inspired by the imagery- both in the portraits and iconography, as well as the patrons- many of whom were donning flowers in their hair or otherwise paying homage to the style she's made famous. This ignited the idea to continue with the fine art theme for 89's Halloween costume this year- both because it's a beautiful challenge and also because I'm a glutton for punishment who still hasn't tired of explaining to people who Gustav Klimt is (JK; yes I have). 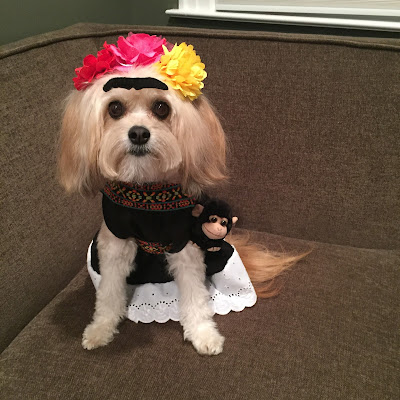 I compiled a few photos for a vision board of sorts, gathered some items that were appropriate, and got to work brainstorming. My earliest and best idea was to forgo the velcro and hot glue gunning of last year, and instead enlist VM to custom sew the main component: the gown. I explained what I was looking for, made sure her workstation was strewn with the images of Kahlo I was most inspired by, and chose special materials we had around the house from various projects of hers, mine, and even my grandmother's. 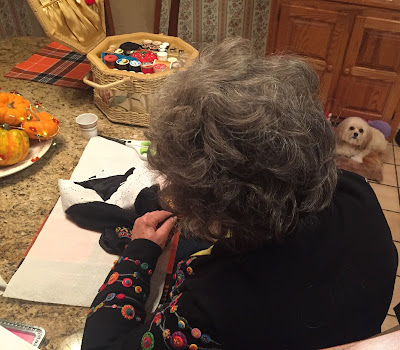 After a couple of strategic fittings, 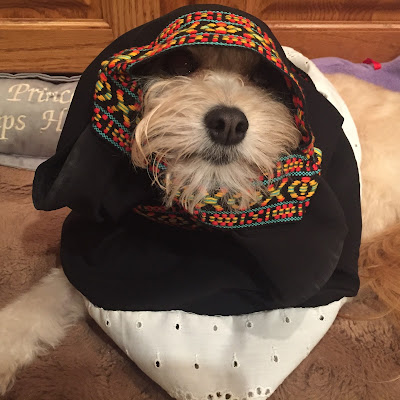 VM presented me with the most glorious garment I could have imagined. 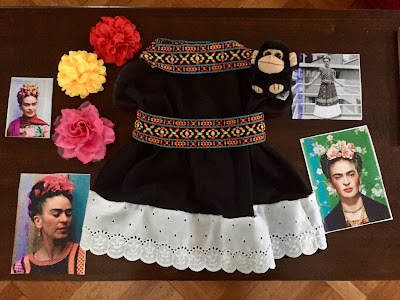 She immediately refused to make one for me.

I was in charge of the accoutrements, but because of the time that went into the garment, there wasn't much left to spare before Halloween. I had actually fashioned an ornate hairpiece over the course of the previous  weeks, but ultimately decided that 89- namely her signature ears, were as important to the homage as Kahlo's own ornately braided hair. Not to mention the fact that last year, while being interviewed by Buzzfeed, 89 unceremoniously flung her ABB wig mid-sentence. So, I nixed the headpiece in favor of what I hoped would be the successful merger of the two inspirations.

I'm thrilled with how everything came out and we wish you a very Happy and safe Halloween! 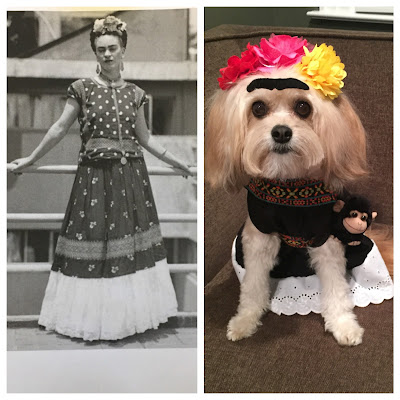 P.S. The infamous brow is one of the best things to happen to 89 and she's been wearing it around the house all the time. 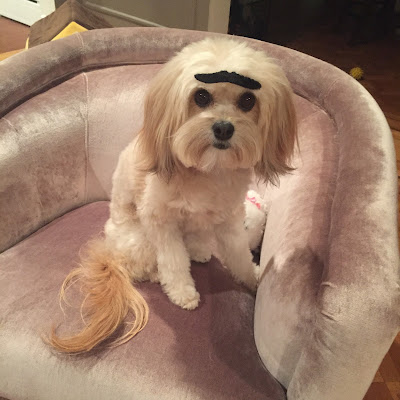 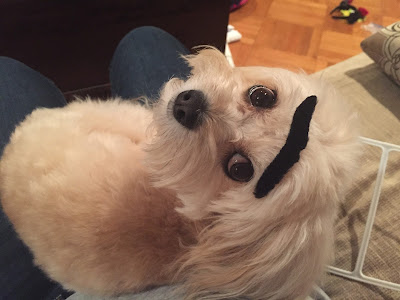 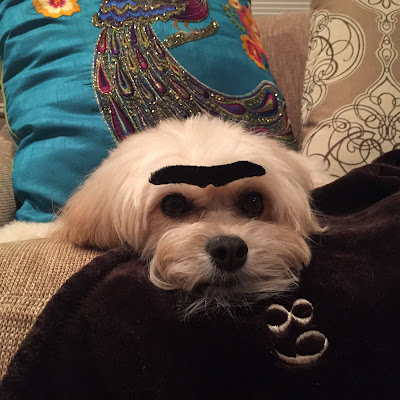 Email ThisBlogThis!Share to TwitterShare to FacebookShare to Pinterest
Labels: 89, Halloween