Positivitea was closed for renovation for a while, but they're back and the food is better than ever. 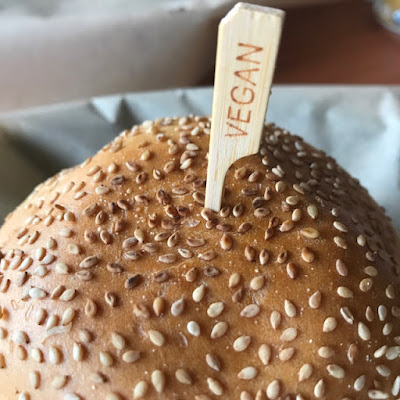 The rebooted interior, however, is- and I hate to say it, a little less inviting than it had been previously. The seating is newer, more modern: slicker overall. But, gone are the large scale menus on the walls and the bright colored ceiling. Now, even on a sunny day, the interior seems a little dark- particularly in the kitchen area, which is not especially inviting for a fast casual dining establishment- specifically if you wander in out of curiosity rather than destination.

Thankfully, we already know the food is delicious and lovingly prepared- not to mention award-winning. There were minor changes to the menu too, though- gone were the pretzels buns, which were replaced by equally delicious sesame and oat-studded buns. The fryer wasn't working on the day we visited, so we were unable to try the cauli buffalo wings that sounded fantastic. 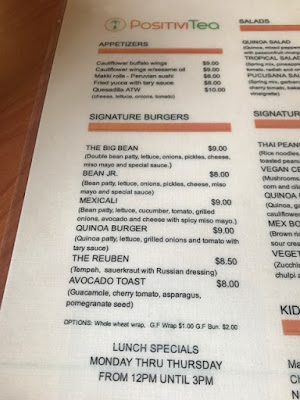 Blue Sky seems to be the requisite soda at establishments of a certain tenor; from Red Bank's Down to Earth, to Lula's Sweet Apothecary. Eep! I hope that's not an omen. 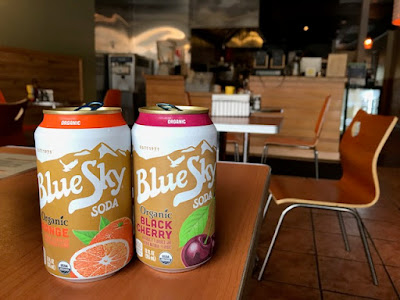 We shared a Bean, Jr., because- obviously.  The black bean patty is the perfect base for the gooey trifecta of cheese, miso mayo, and special sauce. With the addition of grilled onions and pickles, you have a hearty and decadent burger.

For our less traditional choice, we also shared the the Mexicali. This burger boasts the same patty, but swaps cucumber for the pickles and adds creamy, ripe avocado. 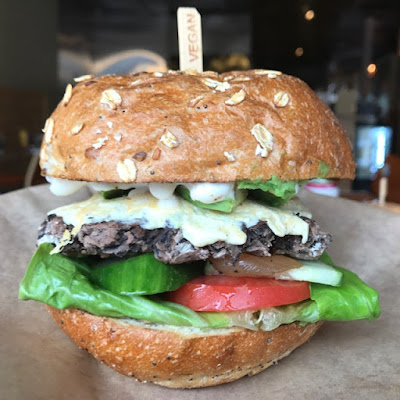 And if you think I didn't bring home the VEGAN toothpicks to stick in my own bun, you'd be wrong.

But, we'd really come for the vegan softserve. I'm pretty positivitea this is Chicago Soy Dairy vanilla; the topping options aren't listed anywhere, so you have to ask.

VM got hers with chocolate sauce (kind of between syrup and fudge), walnuts, and marshmallows. 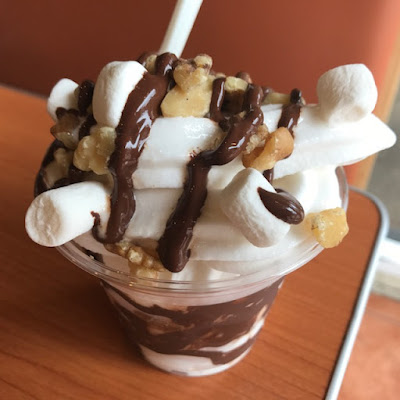 Mine had chocolate sauce and vanilla & chocolate cookie pieces. 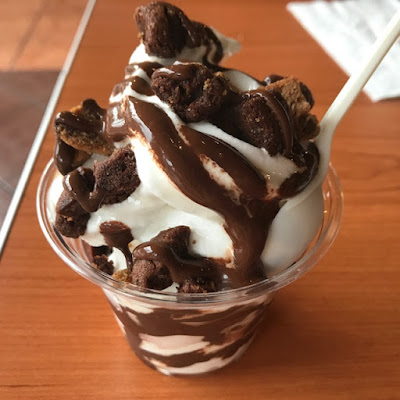 The menu isn't all burgers and ice cream; there are salads, bowls, smoothies, sides, etc. IMO, all they're missing is a little pizzazz so that the atmosphere matches the menu. 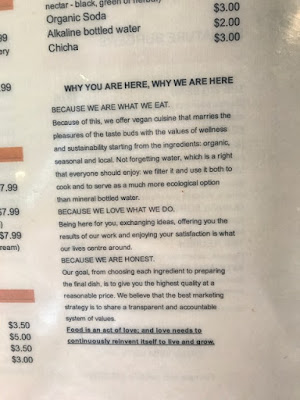 Definitely go out of your way for a Positivitea experience; you won't regret it.
Posted by Abby Bean at 11:54 AM