I had an appointment in the area a few weeks ago so I did a quick google search for vegan food and Comida Fresca, a fast casual establishment with a bar in the relatively new Whole Foods Metuchen, came up with a decidedly vegan-friendly menu. 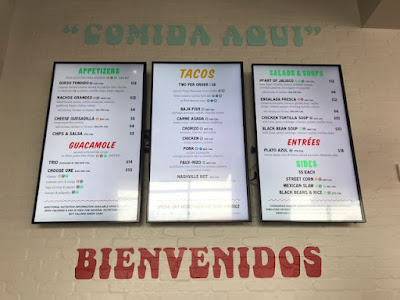 We ordered two agua frescas that took an inordinately long time to come out and were cloyingly sweet with little discernible taste other than that the hibiscus lemon was less disgusting than the honeydew lime. BUT we were already eyeing the establishment's pinball machines for a post-lunch game. 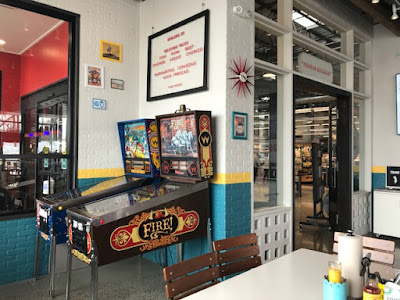 I didn't want us to fill up on guac and then not be able to try other things, so we went with the chips & salsa to start. The chips arrived a little oily on wax paper in a baking sheet, so I assumed they'd fried them in-house. The salsa was nice- not too much cilantro and there were a lot of sweet bell peppers in it, which I thought had a great taste and probably filled in the gaps during the tomato off-season. 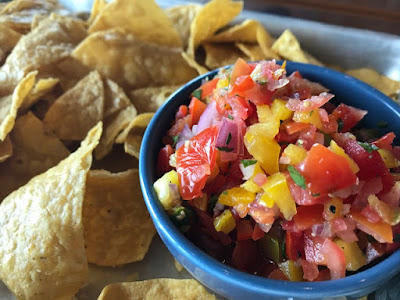 In our ongoing effort to eat more greens, we ordered the vegan salad option: heart of Jalisco: kale, heart of palm, jicama, bruleed orange (nope; ours were fresh), avocado (it was guac), pepitas, lime agave vinaigrette. This was such an enormous salad that we shared it, used it with our entrees, and even took some home. 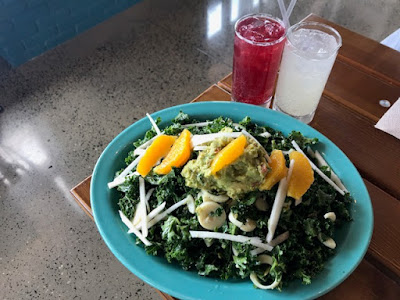 My only complaint was how plain it was; the whole was really just the sum of it's parts: kale, hearts of palm, jicama, (not bruleed) orange, guacamole (not avocado), pepitas, and a dressing that literally tasted like lime juice and agave. 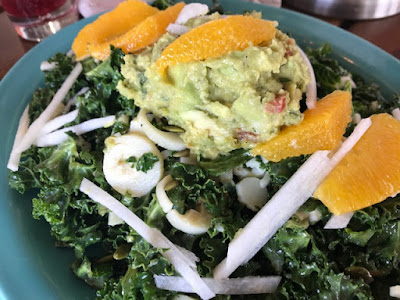 We each ordered the vegan taco option (2 per order): faux-rizo: cauliflower rice, tomatillos, jicama, cilantro, vegan lime crema. The presentation was really disappointing, as was the taste. Have you ever tried cauliflower rice plain? Judging by the color, I assumed this must have had some seasoning, but my tastebuds would declare otherwise. There was more jicama, which added a negligible crunch. I guess they were out of the tomatillos (we know Whole Foods has a history of not utilizing their own stock)? The crema was wet, that's about all I can say it added. How a place like Whole Foods could offer such a deplorable and anemic looking vegan option is completely beyond me. 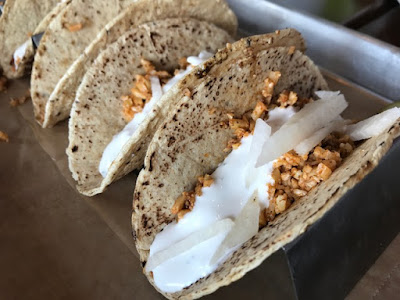 I filled up my tacos with some of the behemoth salad and accoutrements for improved flavor and presentation. VM was not a fan in the least. It honestly wasn't worth the effort it took to chew it. 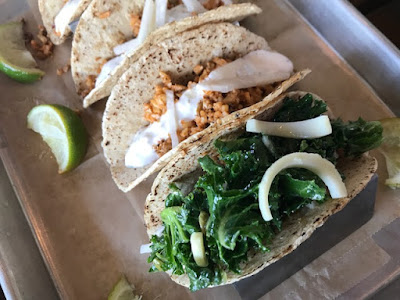 Pinball fans from way back, we were excited to check out the machines at the end of our meal. 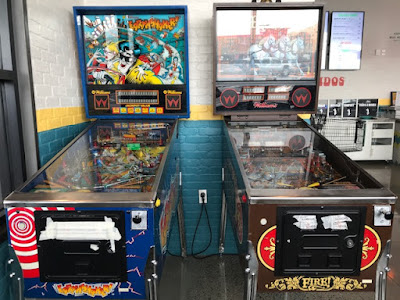 To our surprise, NEITHER of them were in working order. 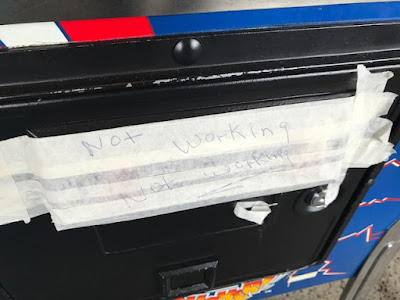 The restaurant's website has only two photos and one of them is of these pinball machines. For them not to be working was a travesty. 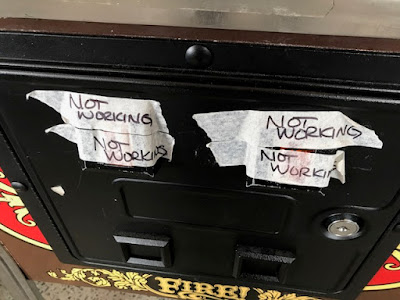 You won't be too surprised to learn that the place was empty when we were there. 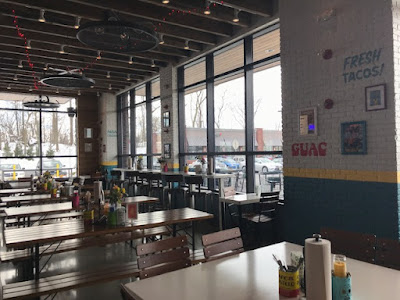 Not much else left to say*. Overall, not noteworthy; just skip it. Do better, Whole Foods.

*except I do want to note that Whole Foods is positively BLOWING the free TTLA advertising from Tabitha Brown; I've been to three Whole Foods since who haven't had it.
Posted by Abby Bean at 7:15 AM