My first visit to the historic John's of 12th Street was a magnificent hit. 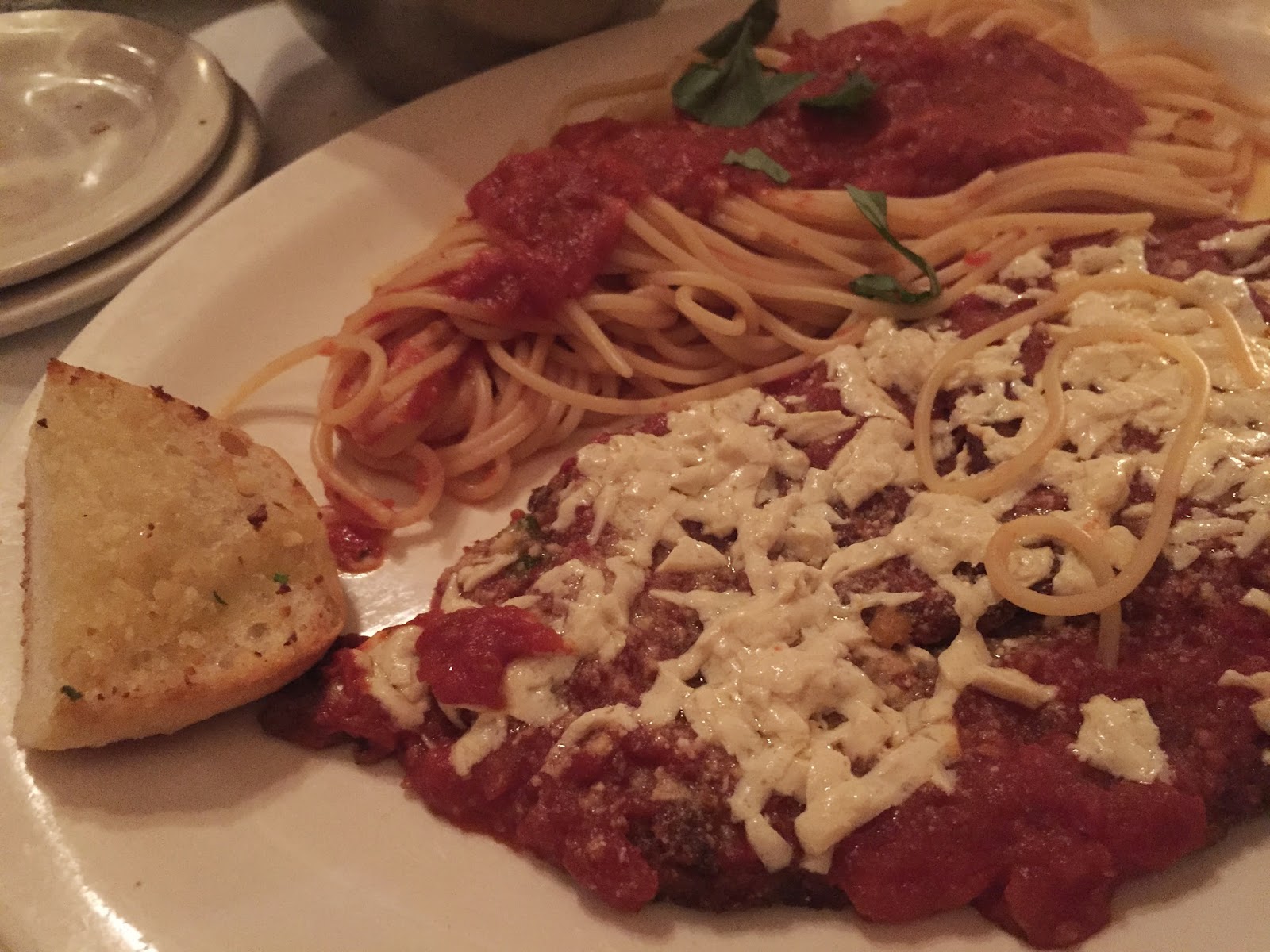 The next two were considerably less so, but this year we decided to take our celebratory Eve Eve Eve Eve group there to see if their vegan game was still going strong. 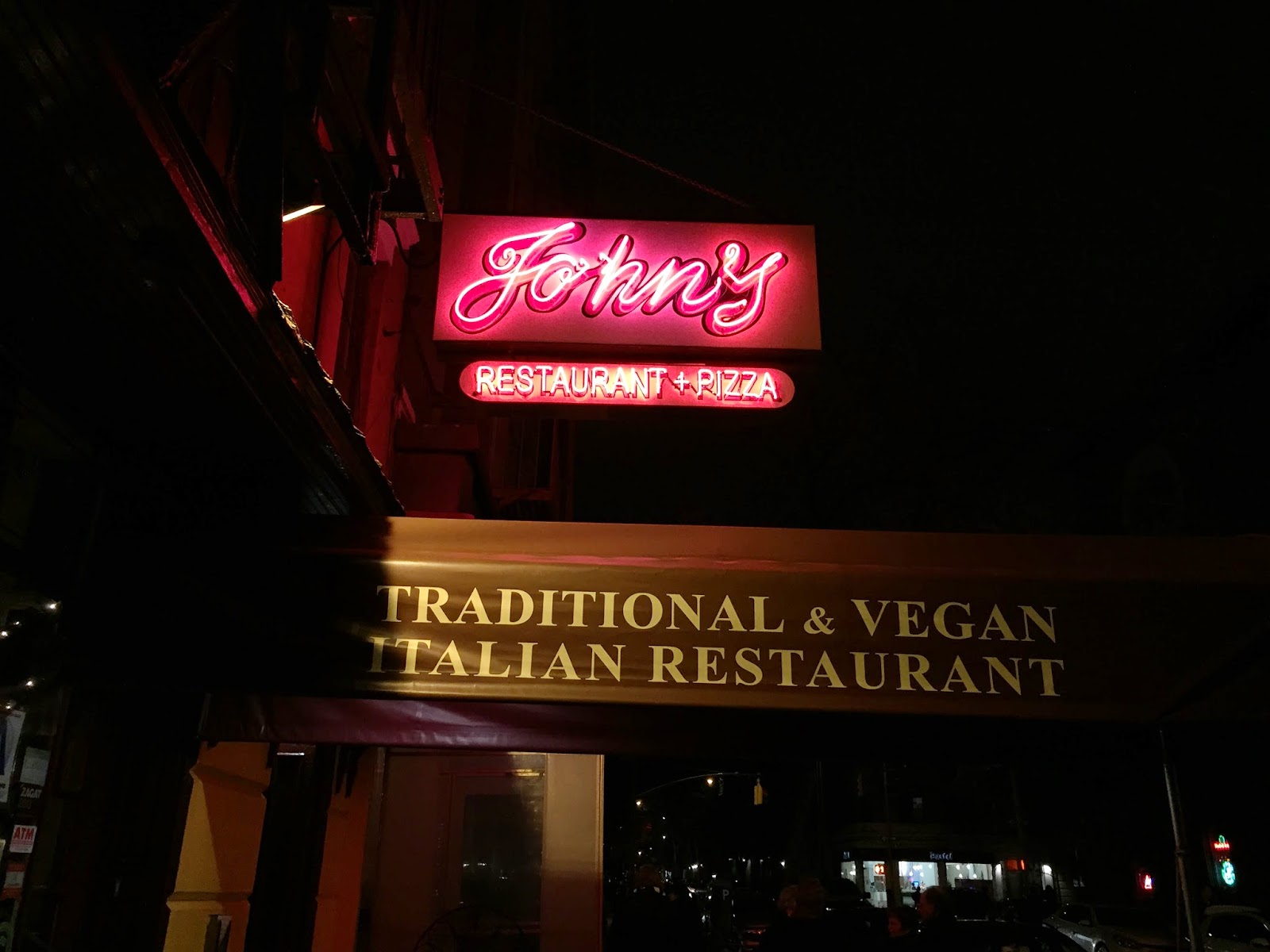 Warning: #moodlighting #ambiance #poorlylitfoodphotos
The menu was very similar to what I remembered, but I believe that there were some minor changes. 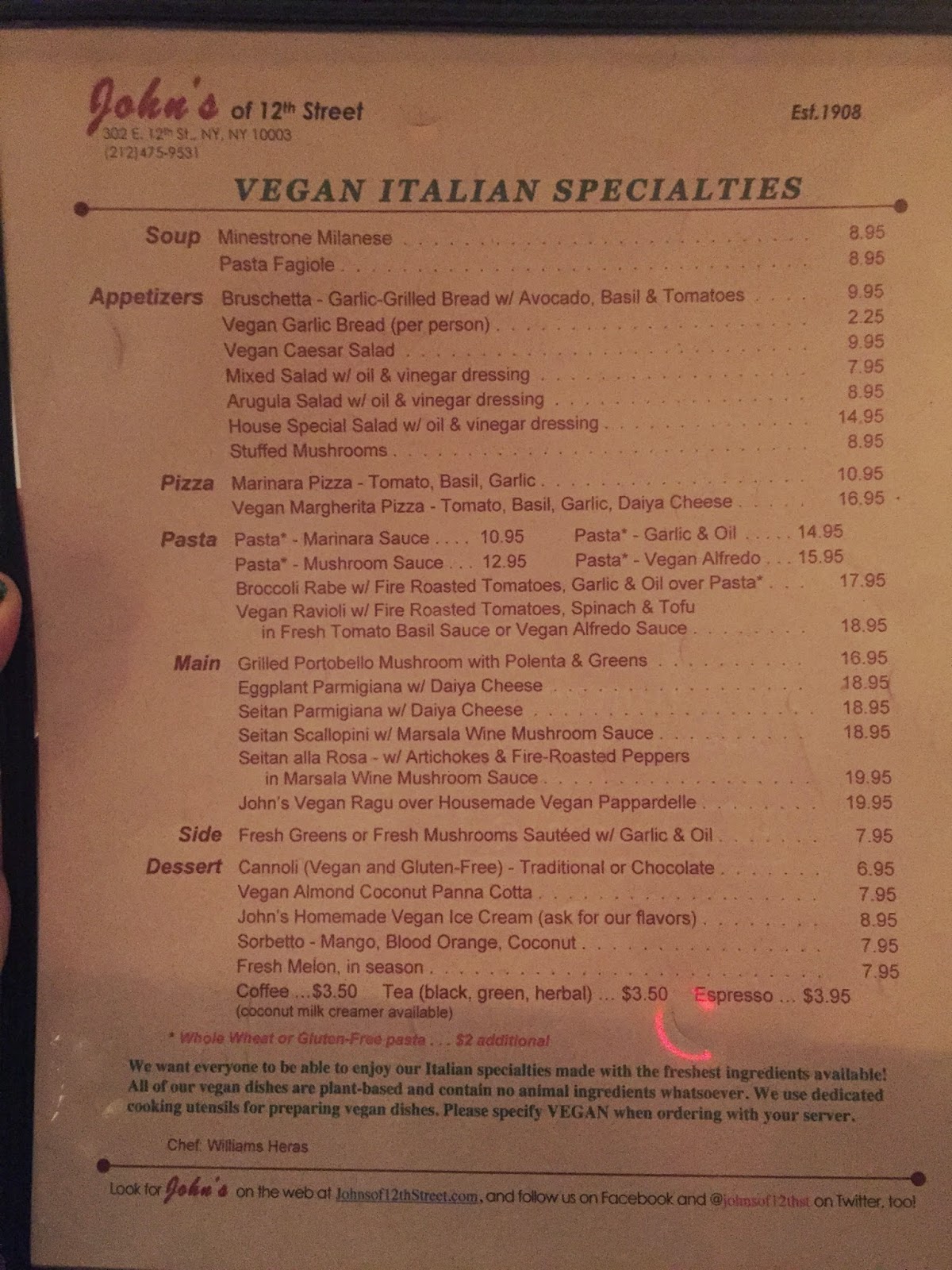 Of course I had to get the bruschetta: garlic-grilled bread with avocado, basil and tomatoes. It was just as good as we remembered. 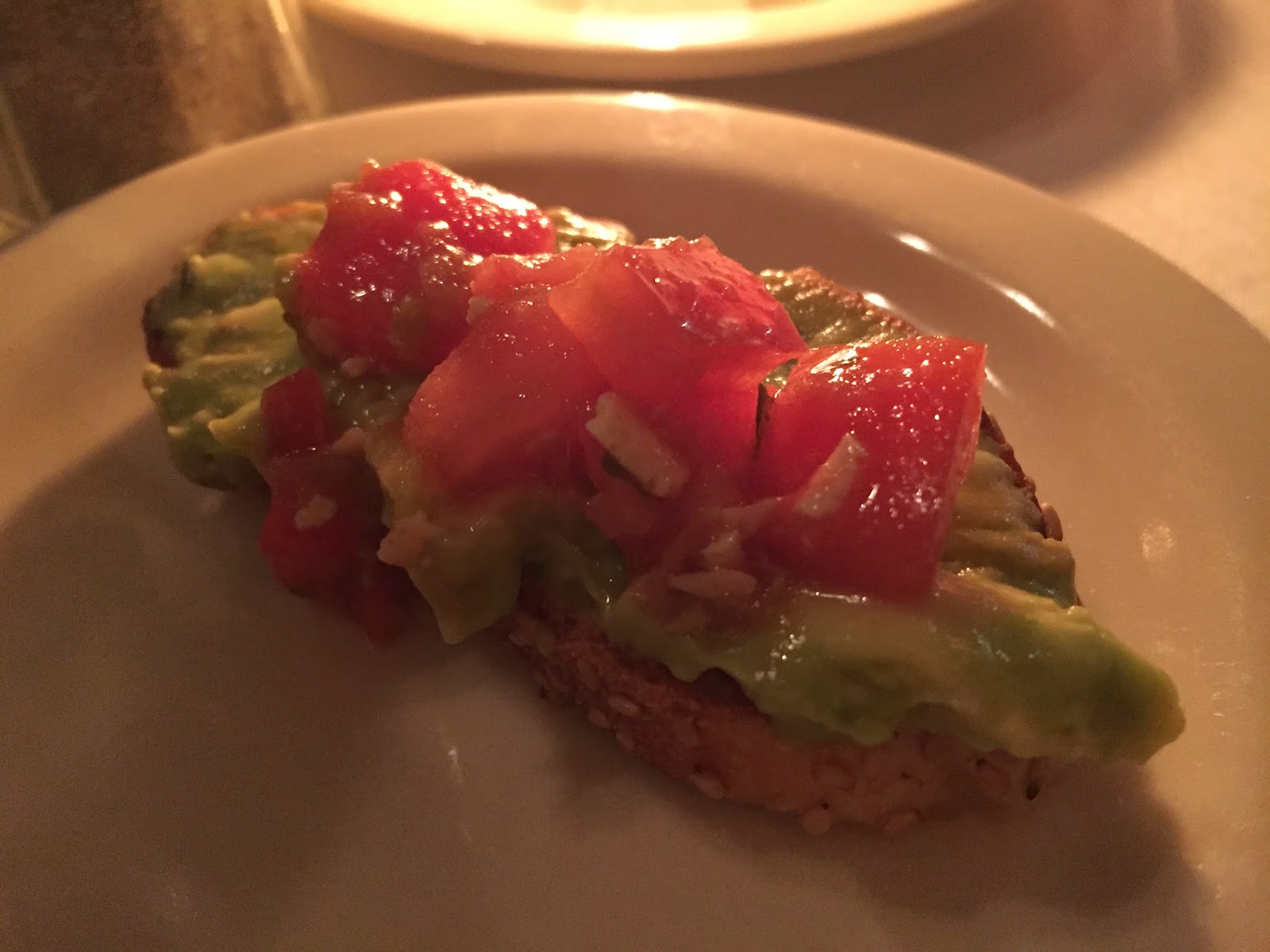 I was inordinately hungry, so I also ordered the vegan Caesar salad. It looked unassuming, but it was pretty darn outstanding and incredibly authentic. I couldn't believe my ears when the waiter for the next table told the diners it gets mixed reviews. Not from me! 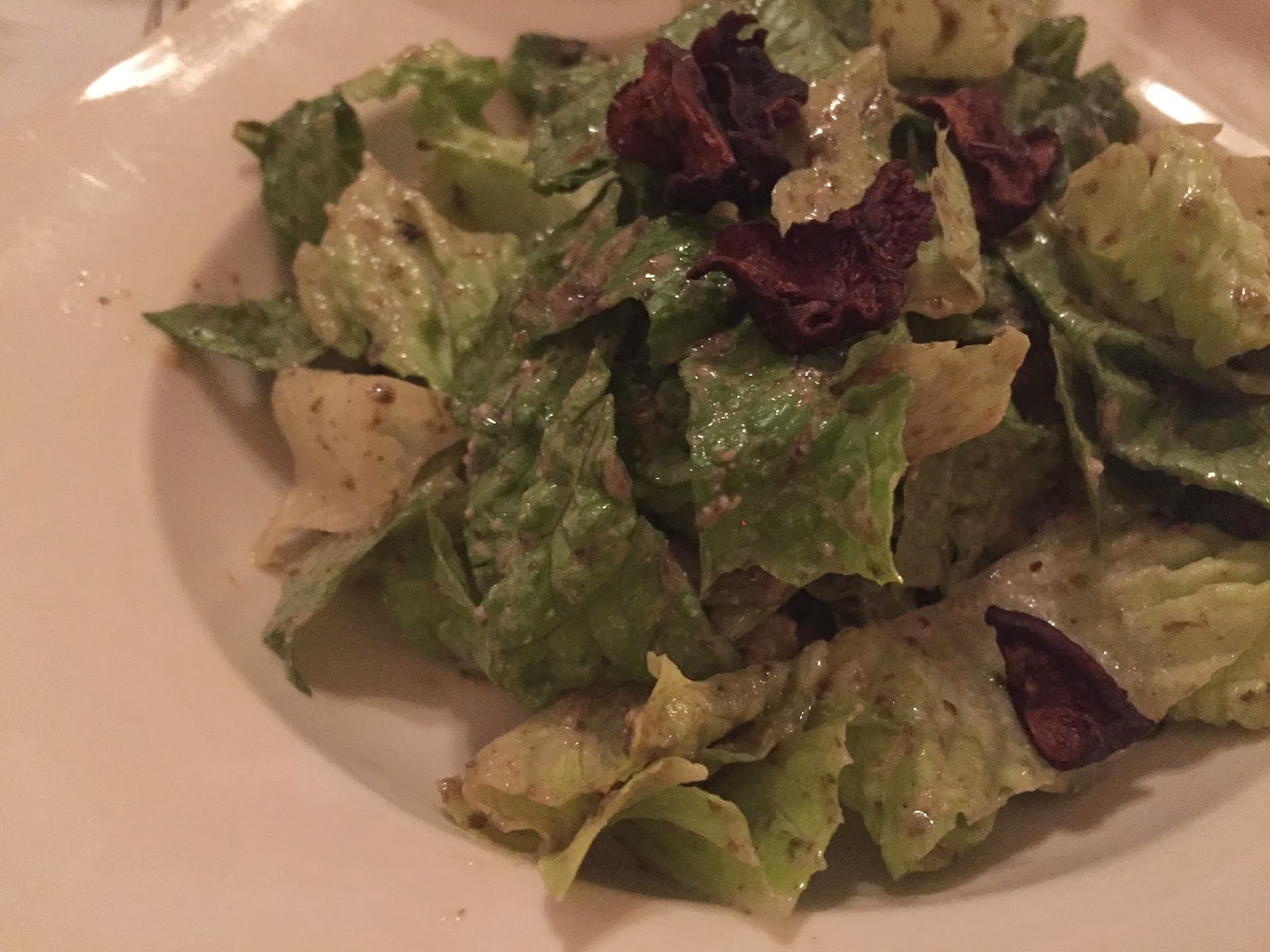 Aaaaand, the vegan garlic bread. They also have vegan butter if you just have plain bread for the table, but why would you? 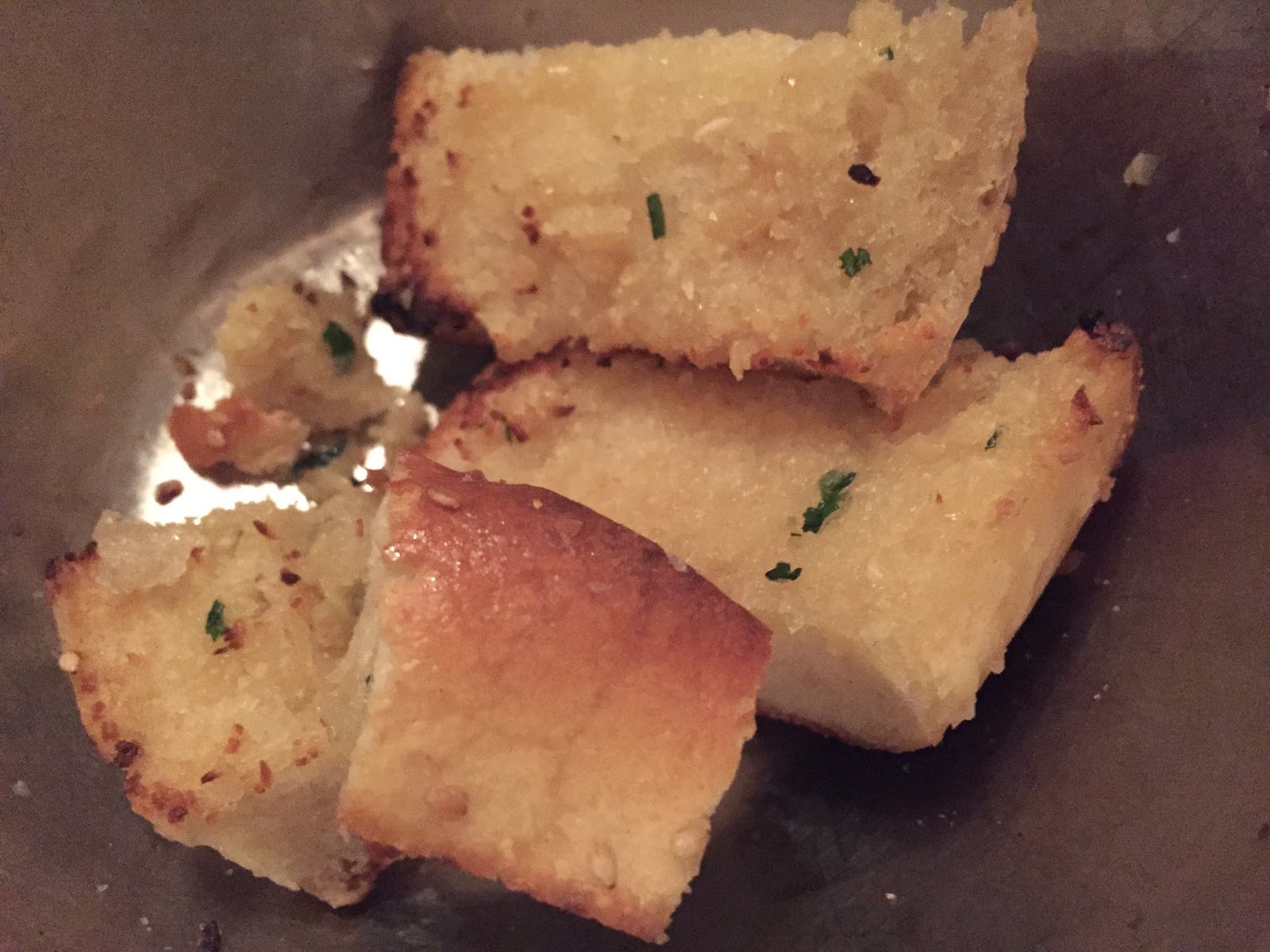 A couple of people ordered the grilled portabello mushroom with polenta and greens. While they  reported that it was good, the "greens" consisted of a few random leaves of mixed salad greens. While vegans have no problem eating garnish, it really seemed to be all it was; John's might want to rethink the description. 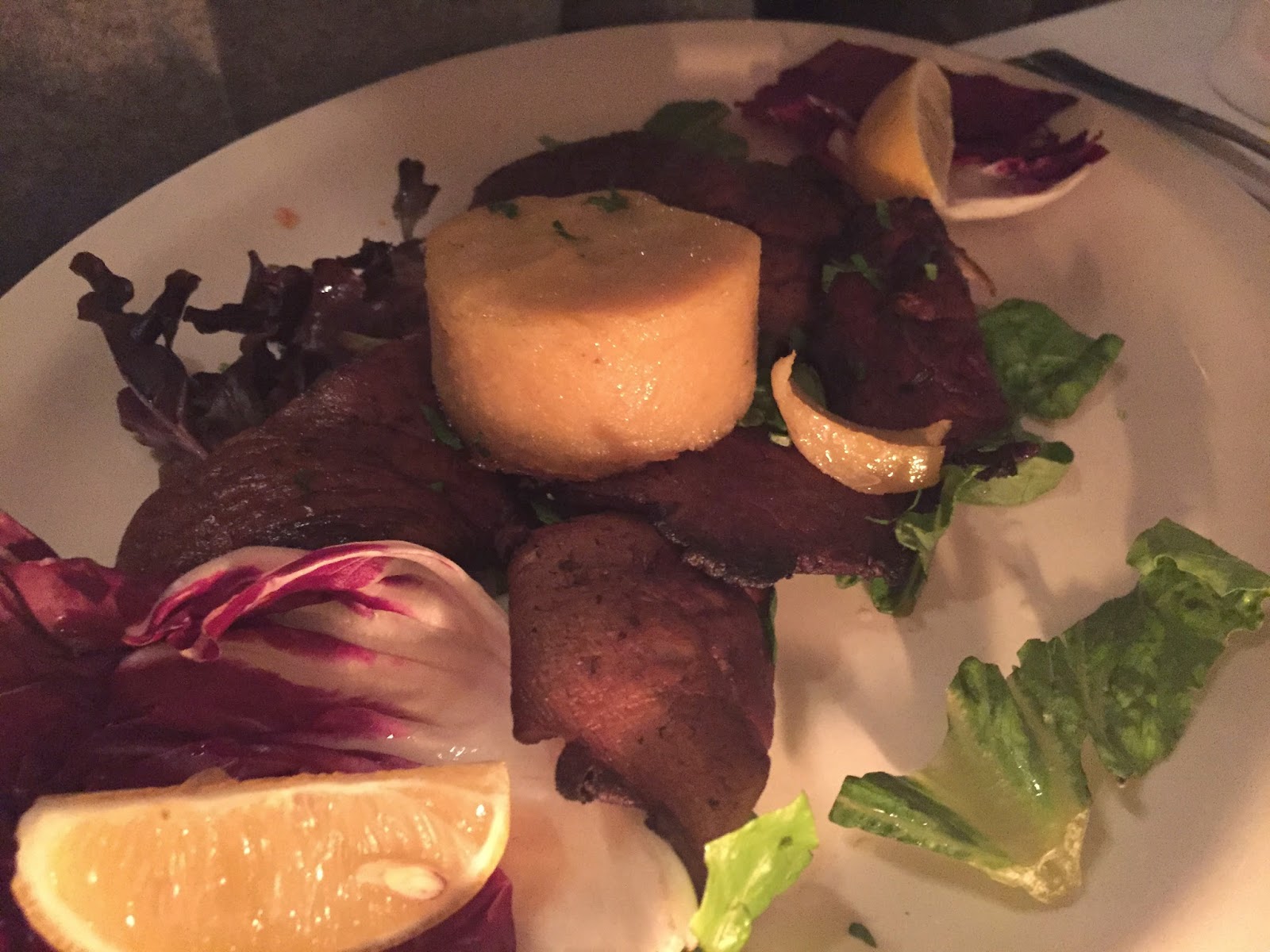 I didn't get a chance to photog the pizza and seitan alla rosa at the other end of the table, but on my end most of us ordered the famed, housemade, seitan parmigiana with Daiya cheese. Don't let the unfortunate lighting fool you; this was as good as ever.

And they even brought out Go Veggie! vegan parmesan. It's impressive that they even have this detail covered. 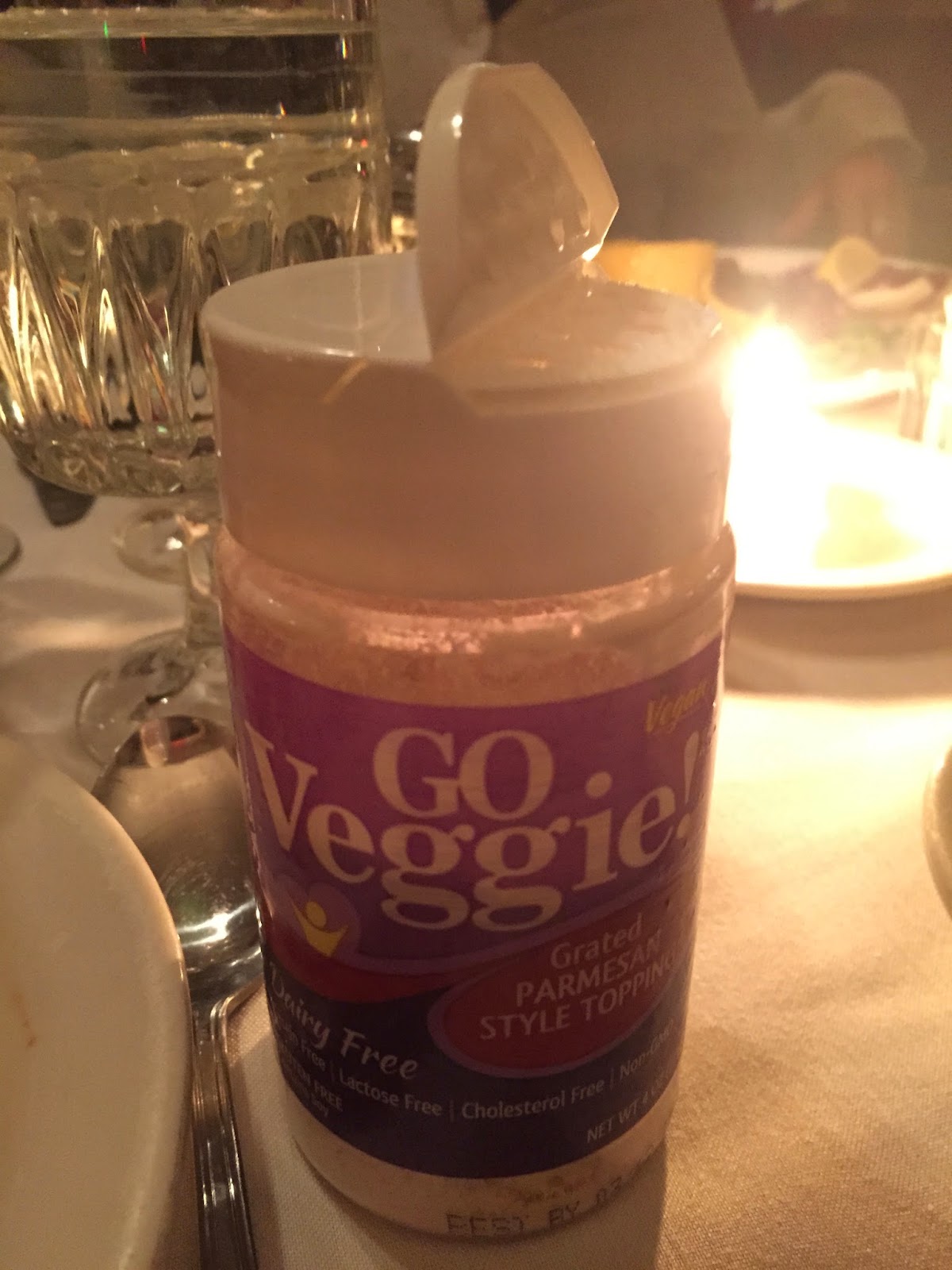 While eavesdropping on a conversation between the waiter and the vegan table next to us, we learned that John's decided to start making their own ice cream during the period that Lula's was not open and has continued to do so. While no one at our table partook, that table did and reported high marks on all counts. Instead, I shared the chocolate cannoli with a pal (we, of course, had plans to go to Lula's later that same evening). I admit that this was the lowlight of the meal; my heart definitely belongs to the cannoli from Vegan Treats. 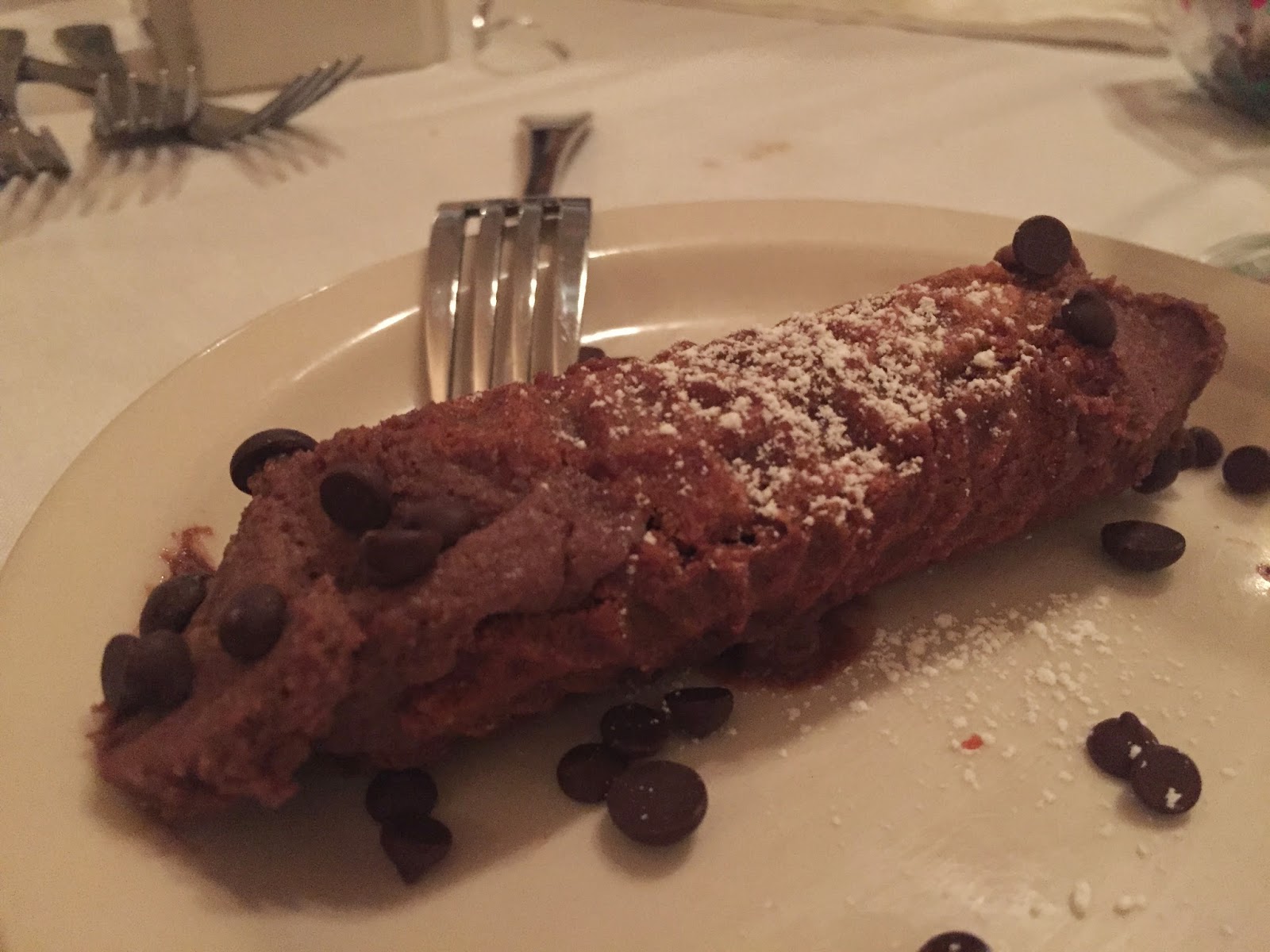 The bottom line is that if you're lucky enough to have a good and pleasant waiter (or multiple as was the case with our large party), the food at John's will take care of itself and your experience will be primo.
Posted by Abby Bean at 12:42 PM