Phase 2: Thoughts on Vegetables and the Dreaded SOS

So, whereas Penn saw relatively consistent weight loss as he transitioned from the potato phase of the "diet" to the vegetable phase (no salt/oil/sugar), I spent the week and a half that followed gaining and losing the same pound a half; it was most infuriating. After all, I was literally eating vegetables- half raw, half stir fried in a bit of vegetable broth- without exception, and stopping only because my jaw was tired of chewing. Literally. Whereas I could normally mindlessly eat cauliflower puffs while watching Judge Judy, I was munching carrots instead. My biggest (and first meal of the day) was always an early lunch, with raw veggies as a snack mid-afternoon, and cooked veggies (no accoutrements) for dinner. I was still not hungry by any stretch of the imagination, but I would have liked to have eaten something along the lines of the Field Roast corn dogs that were hiding in my freezer. I even bought a second bag for no reason other than to keep the first company? 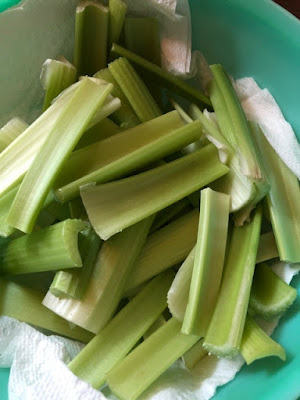 Re-integrating into society:
A week into veggies VM and I "splurged" on Starbucks. She got a black coffee because, after being outed as a cheater, she wanted to walk the straight and narrow. I, on the other hand, got a soy latte. Did you know there was a size smaller than their small (tall)? There is; it's insultingly called a "short", and that's what we got to lessen the splurge. I ordered from the app and VM went in to get it. How convenient that she had no problem finding our mobile orders since they were the only tiny cups in the tray! I'll admit I didn't "need" more than that (but definitely would have drank as much as I ordered), but still; she was working my last nerve trying to be a hero. 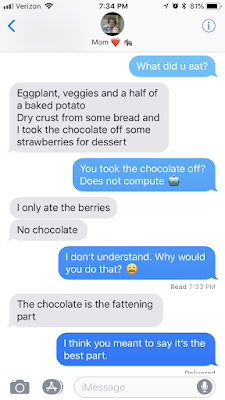 A few days later we decided to have a semi-cheat day (more like a meal) to give our metabolism a kick-start. Ray Cronise doesn't recommend "rare and appropriate" cheats until after 10 weeks of veggies, but Ray obviously has more willpower than we do. We decided to get Indian takeout and ultimately ordered/ate 1/2 - 2/3 of what we normally would. I definitely ate more than I needed to, but it wasn't as mind blowing as I expected it to taste after weeks of no added flavor. Whereas Penn warned that celery would taste salty and food with oil would taste spoiled, I was just finding that certain foods that I assumed would be, just weren't worth a cheat. On top of that, I had a reaction to what I originally assumed was the rice/bread after having had none, but a friend suggested it could have been "wheat belly" instead of the starch and/or gluten. Interesting either way; my nose ran like a faucet all evening. Related: I ate a little coconut curry rice with my veggies at a work lunch meeting one day and was then uncharacteristically ravenous at dinner; that hasn't happened since this whole shebang started and it really cautioned me to avoid rice/bread and even fruit which seemed to have the same effect (although, curiously, not fresh juice). At another work meeting I loaded my plate up with salad: mixed greens, tomatoes, cukes, carrots, multi-colored peppers. There was no vinegar in the room, so I drizzled- at most- a teaspoon and a half of vegan balsamic vinaigrette. It was SO sweet, SO pungent that it was borderline unpleasant. Way too pungent. There has to be a happy medium between that and plain vinegar (red wine or balsamic), but I've yet to find it.


Condiments:
Obviously I'd started reading labels more carefully (kind of funny for a vegan to say that) and I was learning about secret things that I'd never noticed before. For instance, I LOVE hot sauce. My friend gave me a new one for the holidays and I finished 1/2 the bottle in three meals. Since Penn had mentioned that during phase 2 he was allowed to add Tabasco only, I started comparing hot sauce ingredients- mostly because I don't really like Tabasco. To my surprise, my go-to OG sriracha was positively laden with sodium in comparison. You know what else is laden with sodium? NUTRITIONAL YEAST! Nooch, you traitor. My wise friend pointed out that it's "grown in salt water," like I was supposed to have known that. Whatevs; B12 ;-) Mustard can be consumed seemingly with abandon and my favorite mustard, Kosciusko, is a delightfully flavorful and spicy treat on potatoes- yes, potatoes. Who could have predicted that mustard- unassuming condiment that it is, would wind up being the flavor savior in all this?

Coffee:
Although not a lot by coffee-drinker standards, I hadn't realized how much coffee I was drinking previously. So, of course I started thinking about what was actually in the "coffees"- even a short. I use the term "coffee" loosely because I don't actually like coffee/espresso unless it's filled up with soy milk (or Oatly...) and, um, sweetener. The short latte I had was unsweetened in that I hadn't added a flavor (pumps of sugary goodness), although I believe SB uses sweetened vanilla soy milk. It was delicious. At the coffee shop near work one day, I got a small soy latte instead of a small soy vanilla latte. It was good, but not as good. It made me think, should I be drinking lattes if I need to jazz them up with sugar? Maybe I shouldn't! Or, do I want to drink plain lattes once a week or vanilla lattes once/month and enjoy them more. All good things to consider! Instead of mindlessly consuming beverages, I was really thinking about what was in them and the volume I was consuming. SO MUCH THINKING. Positively exhausting 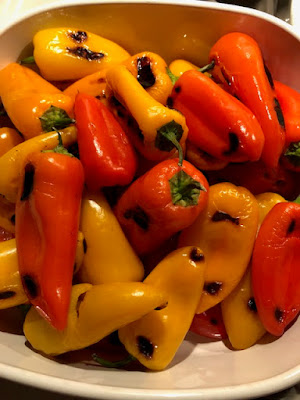 I had to miss some social events because I was under the weather for unrelated reasons, so I planned another cheat day for my favorite event: Vegan Shop-up. You know how they say you should pack your day's food or at least plan it out so you don't eat anything impulsively? That was my plan. I scoured the event's scheduled vendors and planned exactly the things I was going to eat...AND I stuck to the plan. Drinking was fine too. I love sweet drinks and I ordered an amazing one. Okay, 2. That was my limit! So, all was going exceedingly well until I met friends for dinner, ordered an enormous noodle dish and, well, you know how that goes. I didn't consciously tell myself that I'd only eat half. I didn't divide the plates contents into eat now/eat later. So, before I knew it, it was all gone. What can I say? Lesson learned. More nose-blowing with the added bonus of feeling uncomfortably full. Not good.

Visiting with friends:
Okay, this section isn't about socializing; it's about all the delicious treats I hid in VM's pantry after I'd cleaned out my own pre-potato famine! Ironically, I was in there looking to see if she had Tabasco, but as I was scanning the shelves my eyes fell upon old friends. Hello, Vegan Rob's cauliflower puffs; how are you? Chocolate Calling chocolate-covered potato chips and pretzels, ARE YOU OKAY? Don't be mad; we'll be together soon, I hope. As this reunion of sorts was taking place, I heard VM tell OD, "THIS is what she does in the supermarket! Stares at the pizza and I can't get her out of the ice cream aisle." In my defense, the reason I was looking at pizza was because I'm still looking for more Amy's pizza swirls. I haven't had them since the original box! I'd lingered so long in the ice cream aisle was because I was looking for Sorbabes' peanut butter with caramel and chocolatey chunks after I'd been blown away by the double chocolate hazelnut and fudge. RESEARCH, VM! Then she yelled at me from the other room, "GET OUT OF THERE!" You see, after having been a cheater, VM was not allowing any deviation on her watch. 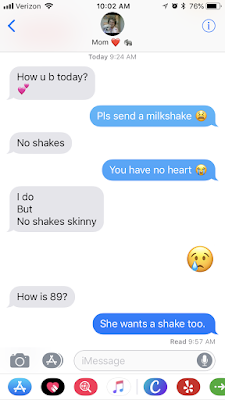 It's fair to say that most socialization revolves around food, but could it be true that it all does? Or has to? There is more than a grain of truth in the theory. But, I've now gone out a number of times on not-cheat days and done fine. I'll order a seltzer instead of a drink. Tea instead of a latte. Salad without dressing is not too dry if there are enough veggies and it's a fine substitute over sub-par hummus or meh fries at non vegan friendly establishments. I'm not wasting a cheat on a salad just because of dressing! Basically I'm only cheating when it's worth it, and for me that most always means that it's planned in advance and it's for something(s) that are REALLY good. Don't get me wrong; I went to a carnival and ate kettle corn because I couldn't resist. I'm still human! But I now recognize what I need to drastically limit for my own good. Penn cheats with a "rare and appropriate" day once every two weeks. I take them as they come- usually once every week. If there's a holiday thrown in there, it could be twice. So, yes; food and socialization definitely go hand-in-hand and so too does food & tv (I've solved that with carrots over chips), but neither are a license to binge or consume mindlessly.

Another interesting facet of this process has been recognizing that I brought my own specific baggage by having been vegan before starting this journey. When non-vegans flip out about what they're going to eat when invited to a vegan event, that's a glimpse into every vegan just living their life in the real world. We won't starve and neither will you. If I'm not cheating and I'm at an event with no good vegan food, I won't eat potato chips; I'll just eat when I leave. Changing the way I was eating to how I've been eating since starting the potato diet has been similar to going vegan in that I just had to address the reflex, the convenience of eating and replace it with a new normal.

Ultimately, while I didn't have the exact same experience as Penn, this has definitely been a significant lifestyle shift for the better. I feel much improved and I've come to terms with the fact that the scale doesn't lie. Whether or not you choose it as your friend is entirely up to you. For me, I say keep your enemies close ;-)