What Do Vegans Do On Thanksgiving

Earlier this week as almost every conversation was revolving around holiday plans, someone earnestly asked me what vegans do on Thanksgiving. It struck me as funny, not only because the comment was  indicative of how veganism is most notably associated with a dietary choice, but also because it suggested that vegans aren't too heavily invested in a holiday that essentially revolves around food. 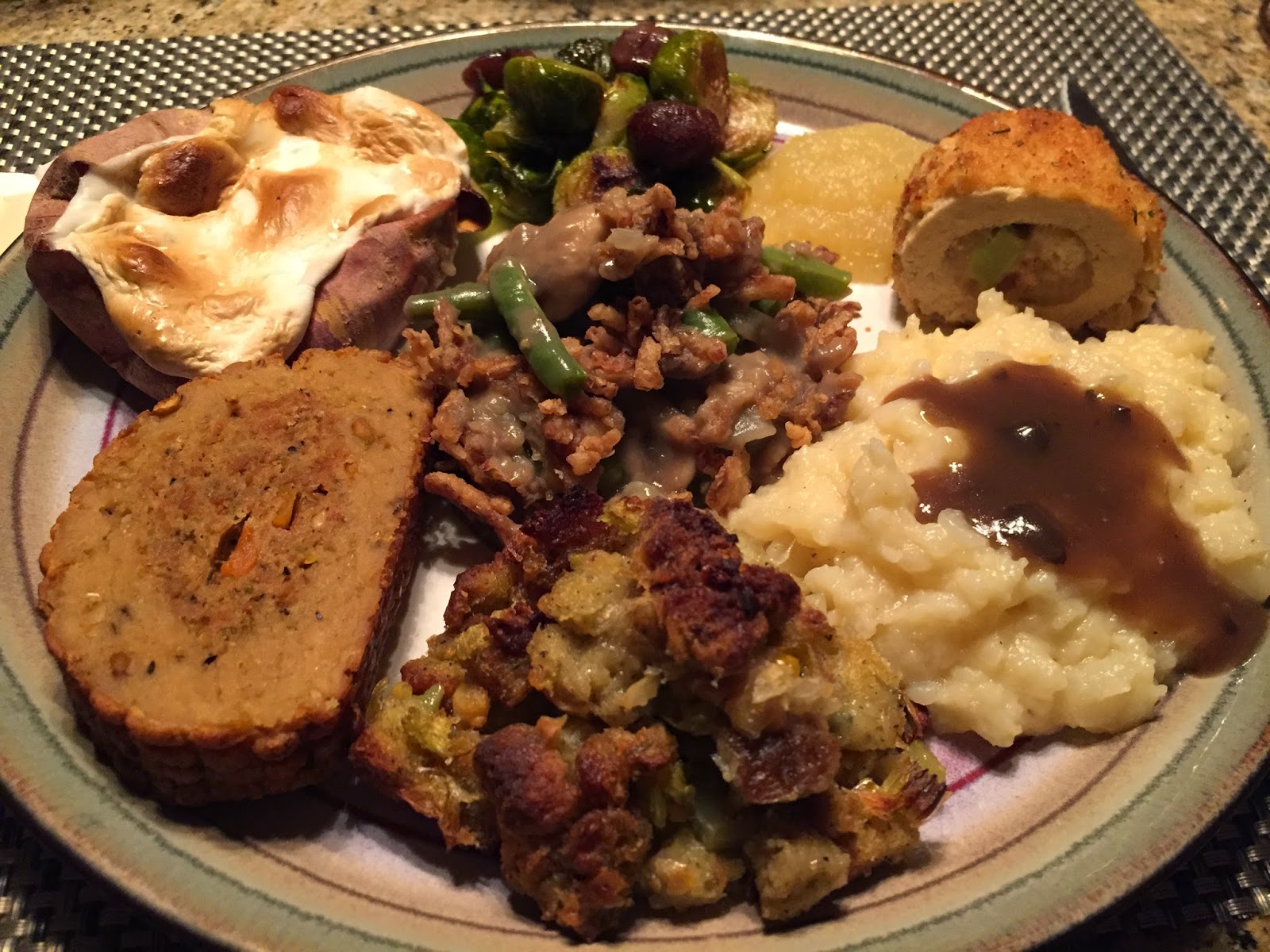 On the contrary! Vegans are the biggest eaters and most insatiable group of foodies I've ever come across. They also tend to know more about nutrition and eat a more varied range of foods with significantly more adventurous preparation. But, I digress. Here's what this vegan does on Thanksgiving.

For starters, this is what vegans wear on Thanksgiving. 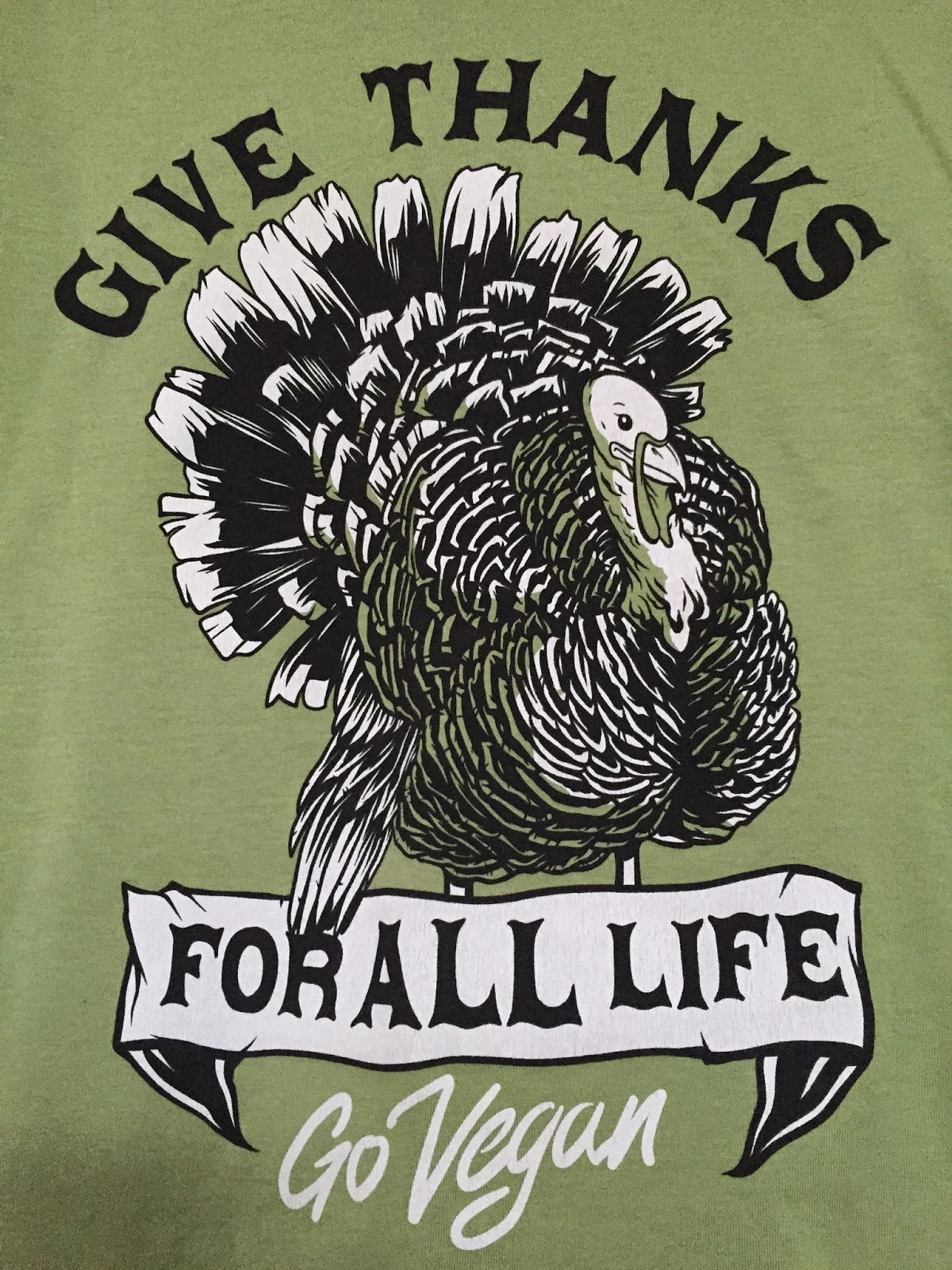 Even the furry vegans represent. 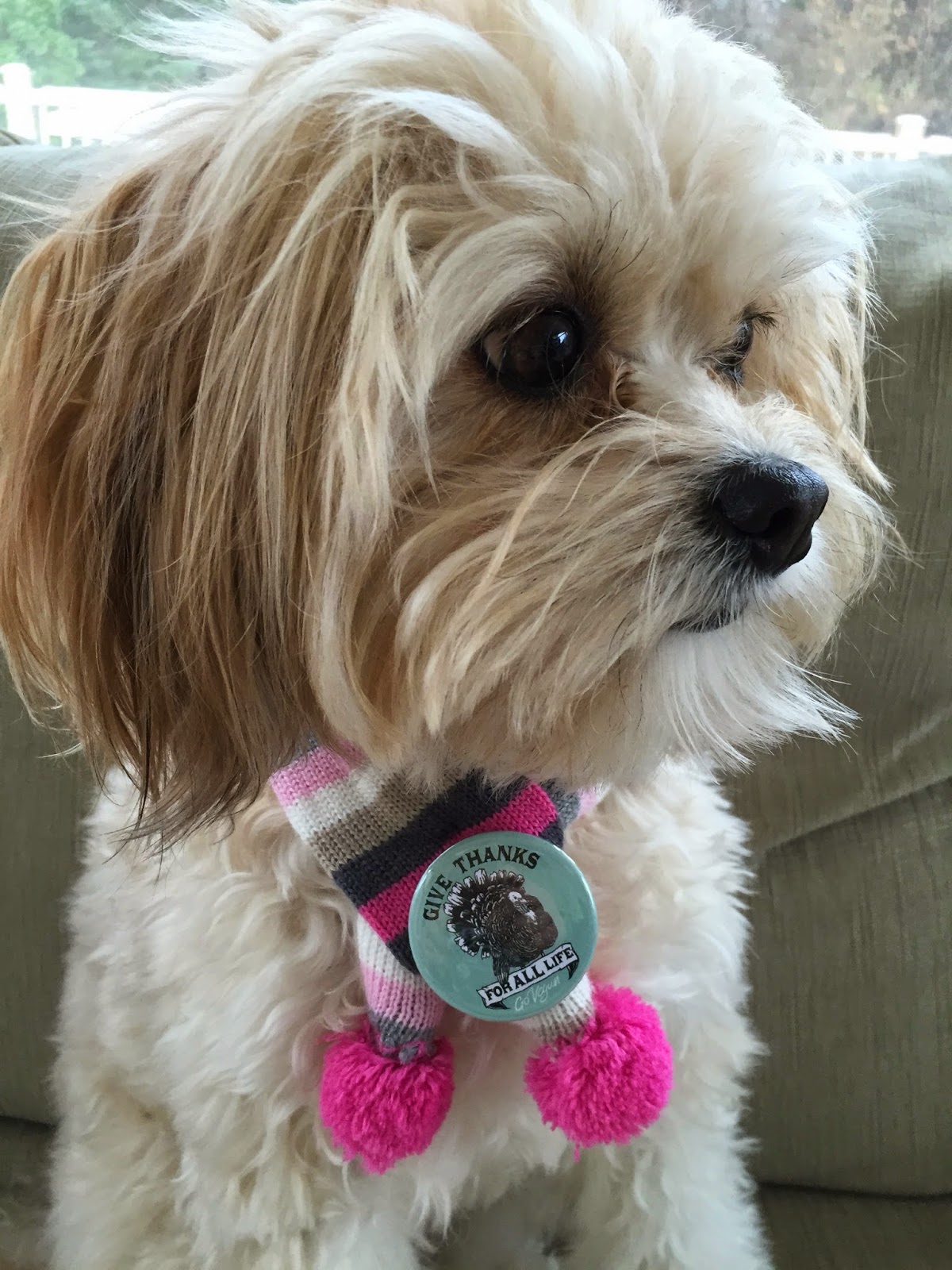 Because we're likely to be in the company of non-vegans, vegans also spend much of their day recounting their path to veganism- inclusive of obligatory photos of themselves with turkeys that are very much alive. #guilty

On a more traditional note, some of us even watch the Macy's Thanksgiving Day Parade (see; we're just like you). This year I was lucky enough to have a friend send me a live shot of the Hello Kitty balloon flying into view. 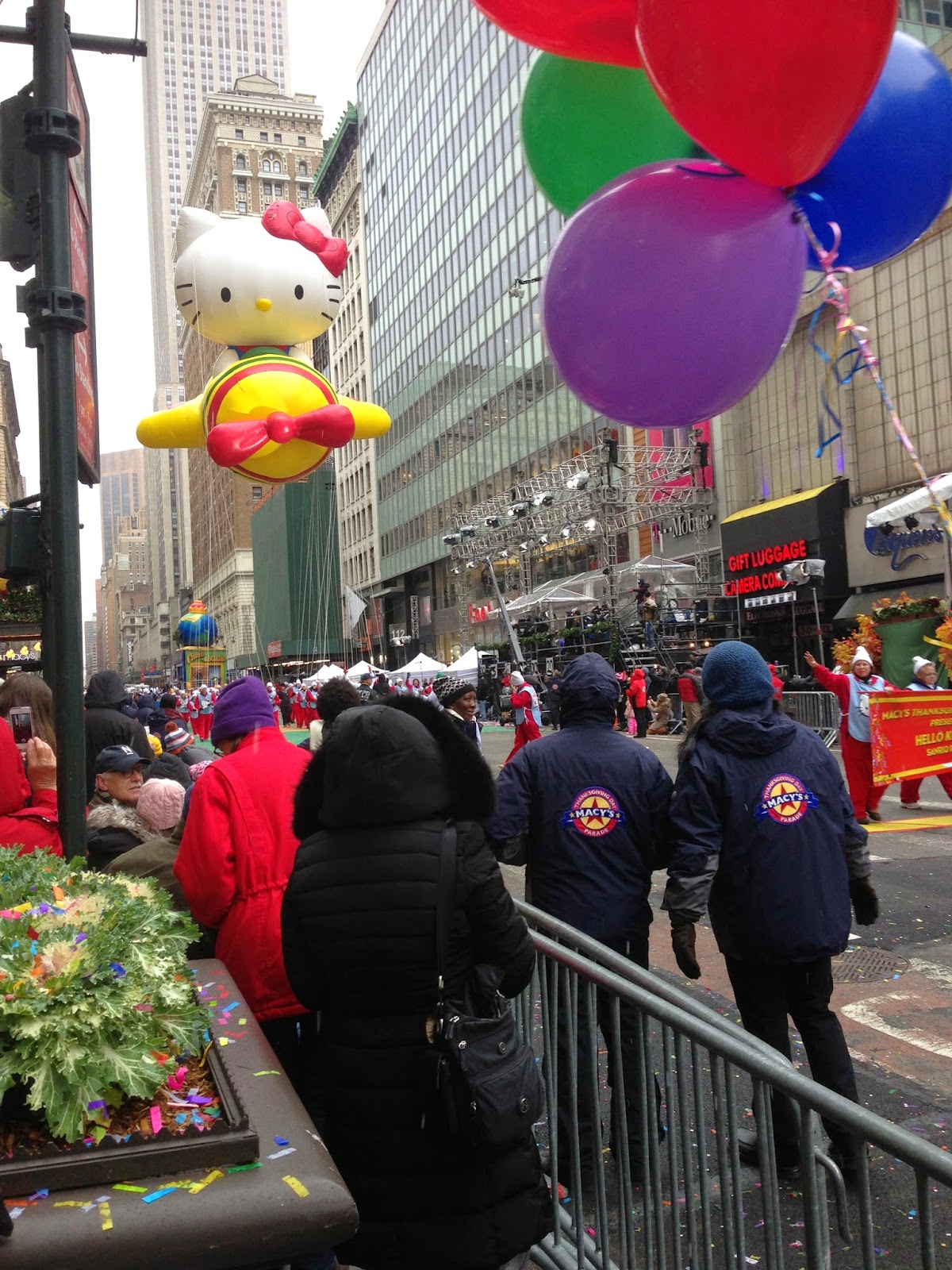 This was almost as exciting as watching the Sea World protest via Jane Velez-Mitchell.

As for the food? This shizz is serious and we document every crumb of it.

Our celebration started off with a nosh of Treeline soft cheeses: scallion and herb garlic. 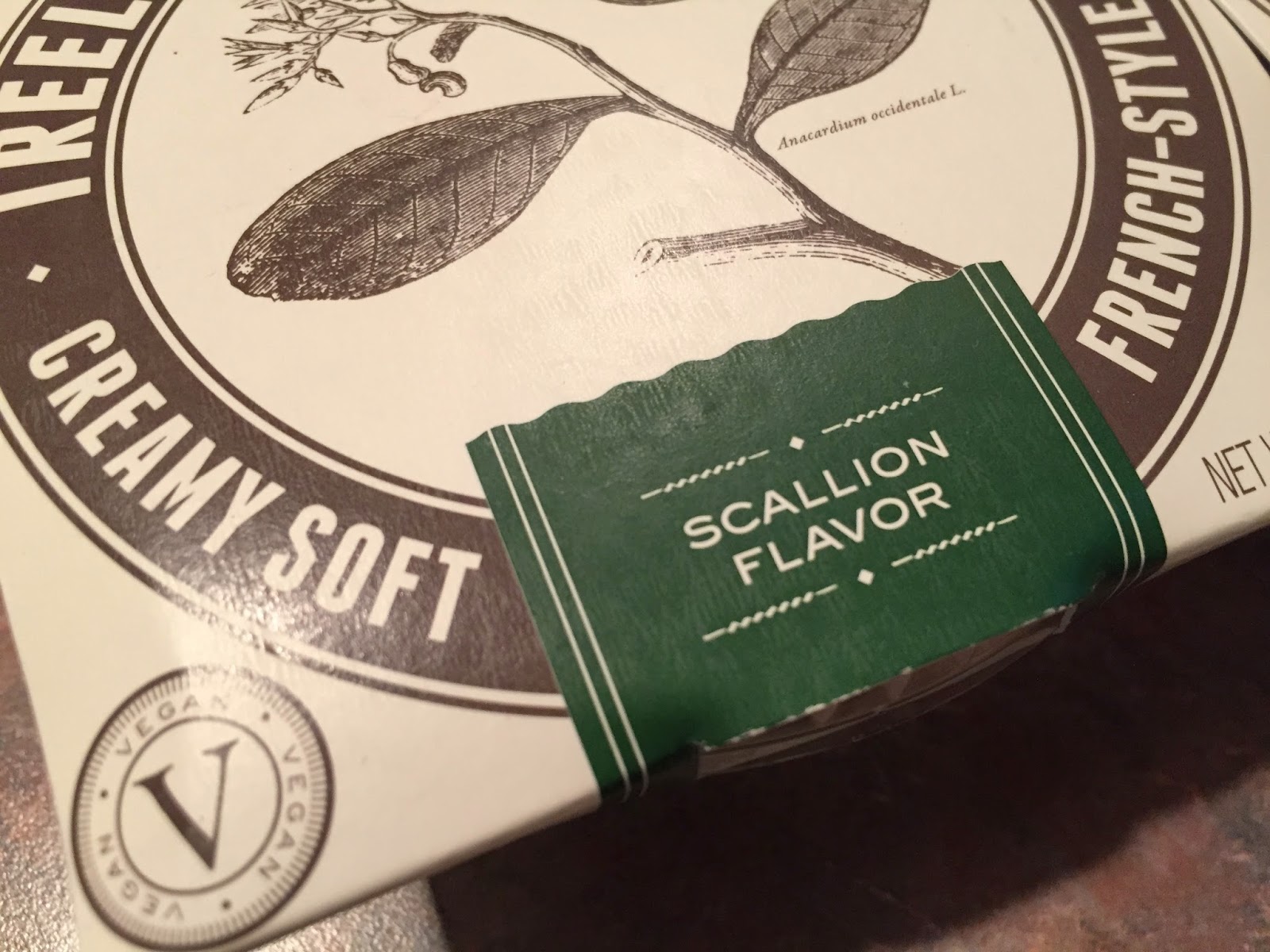 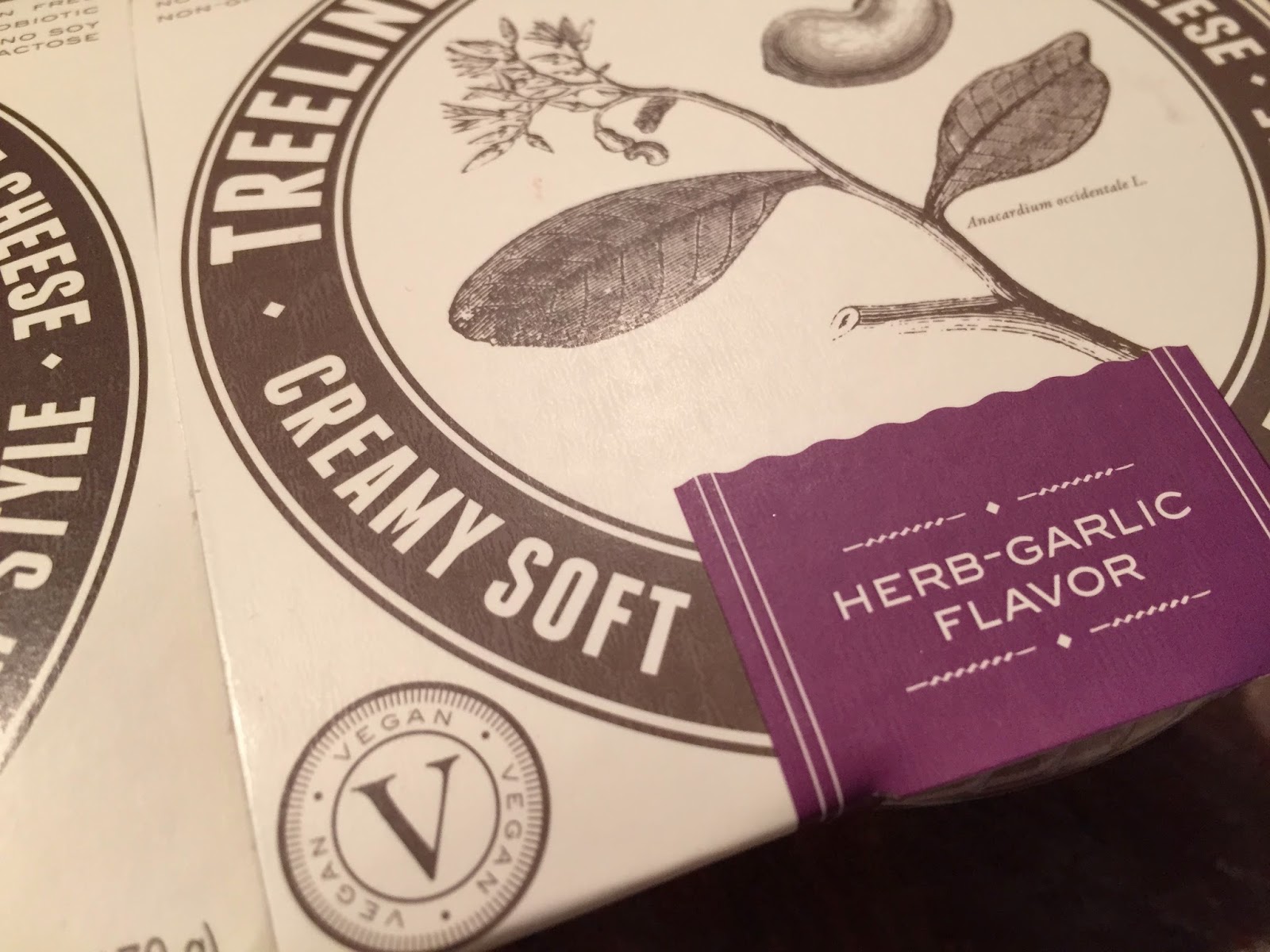 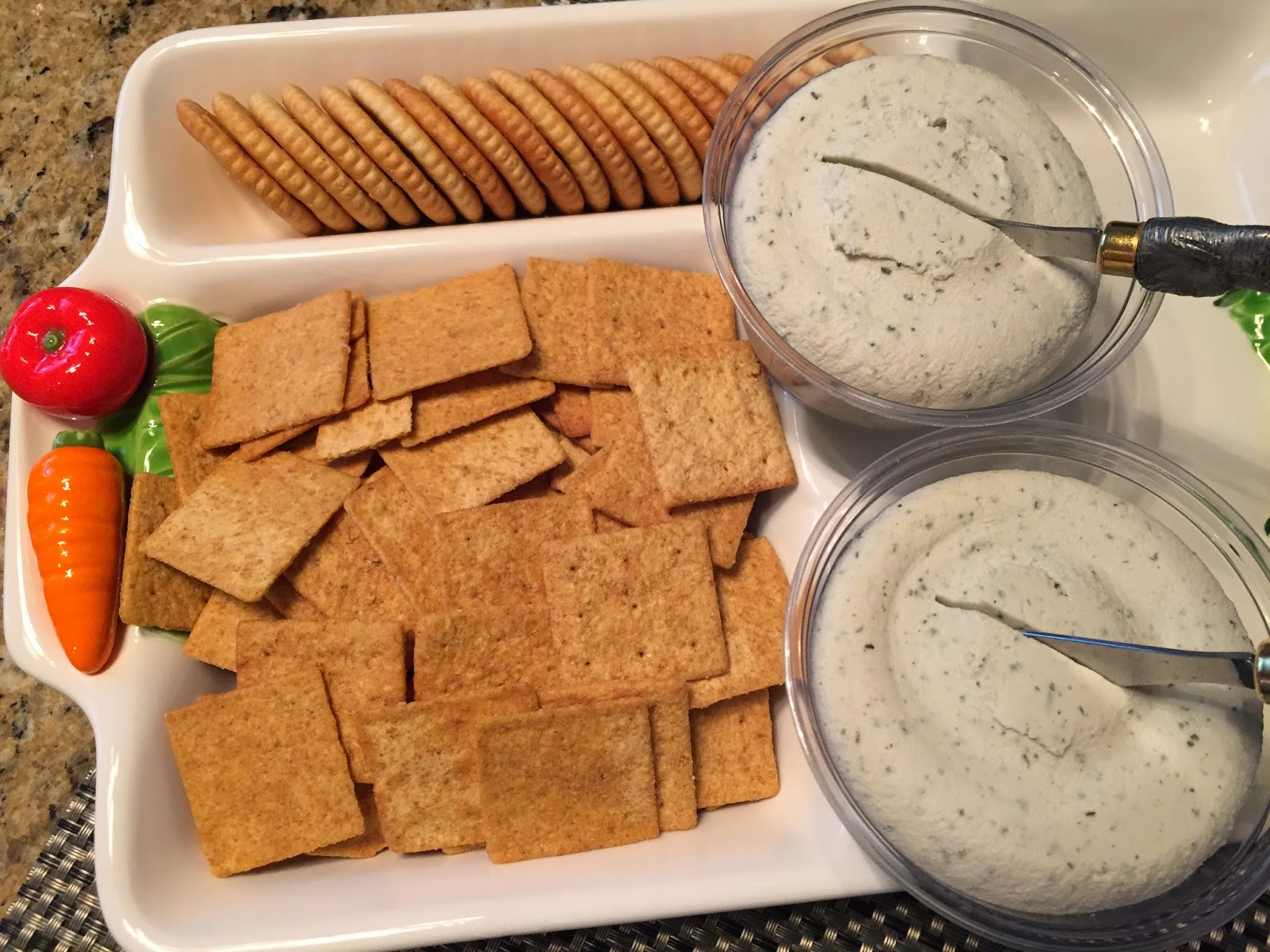 Then the cooking commenced. PPK green bean casserole, of course. 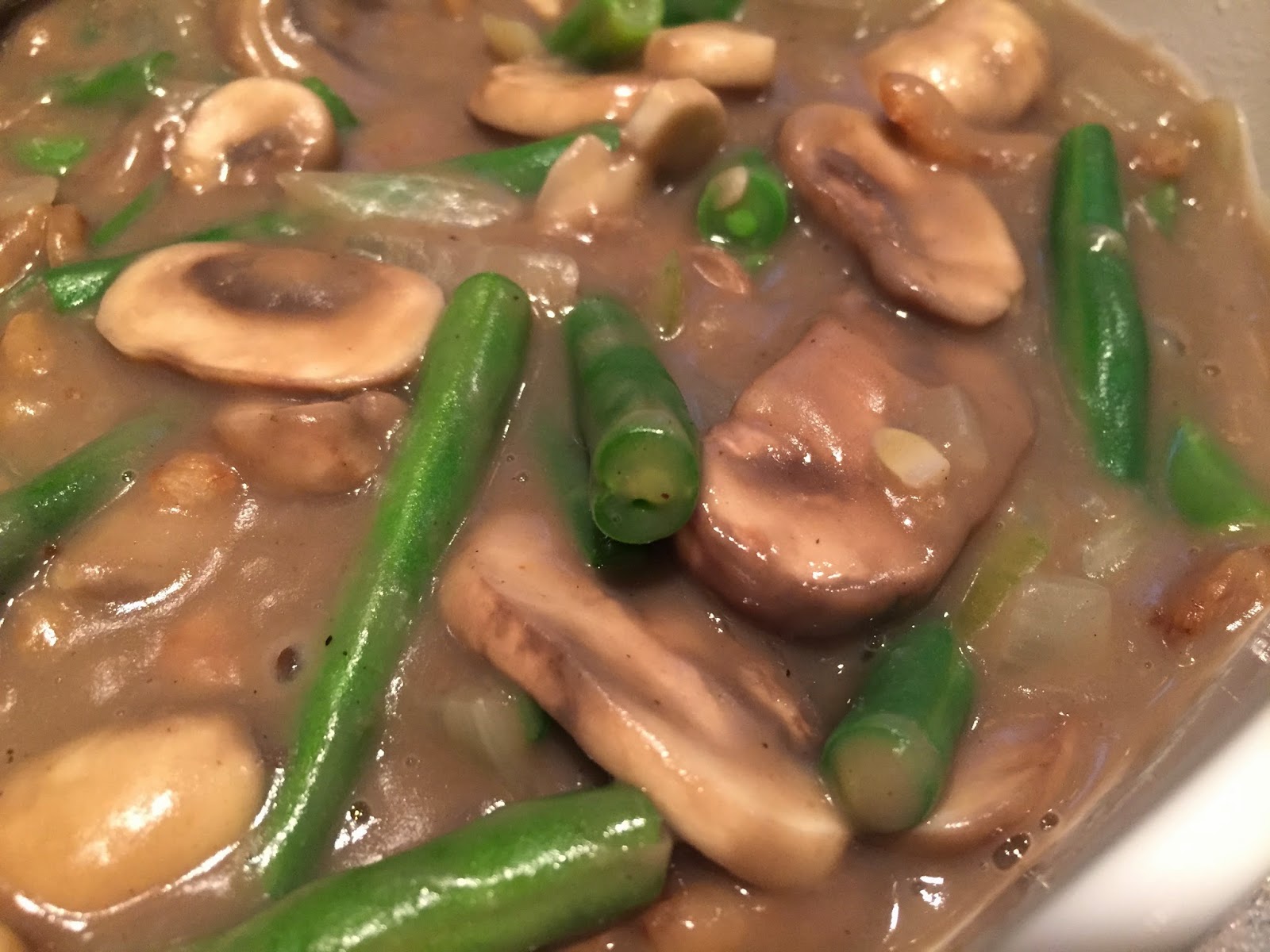 Feeling the pressure as I carefully cleaned millions of Brussels sprouts. 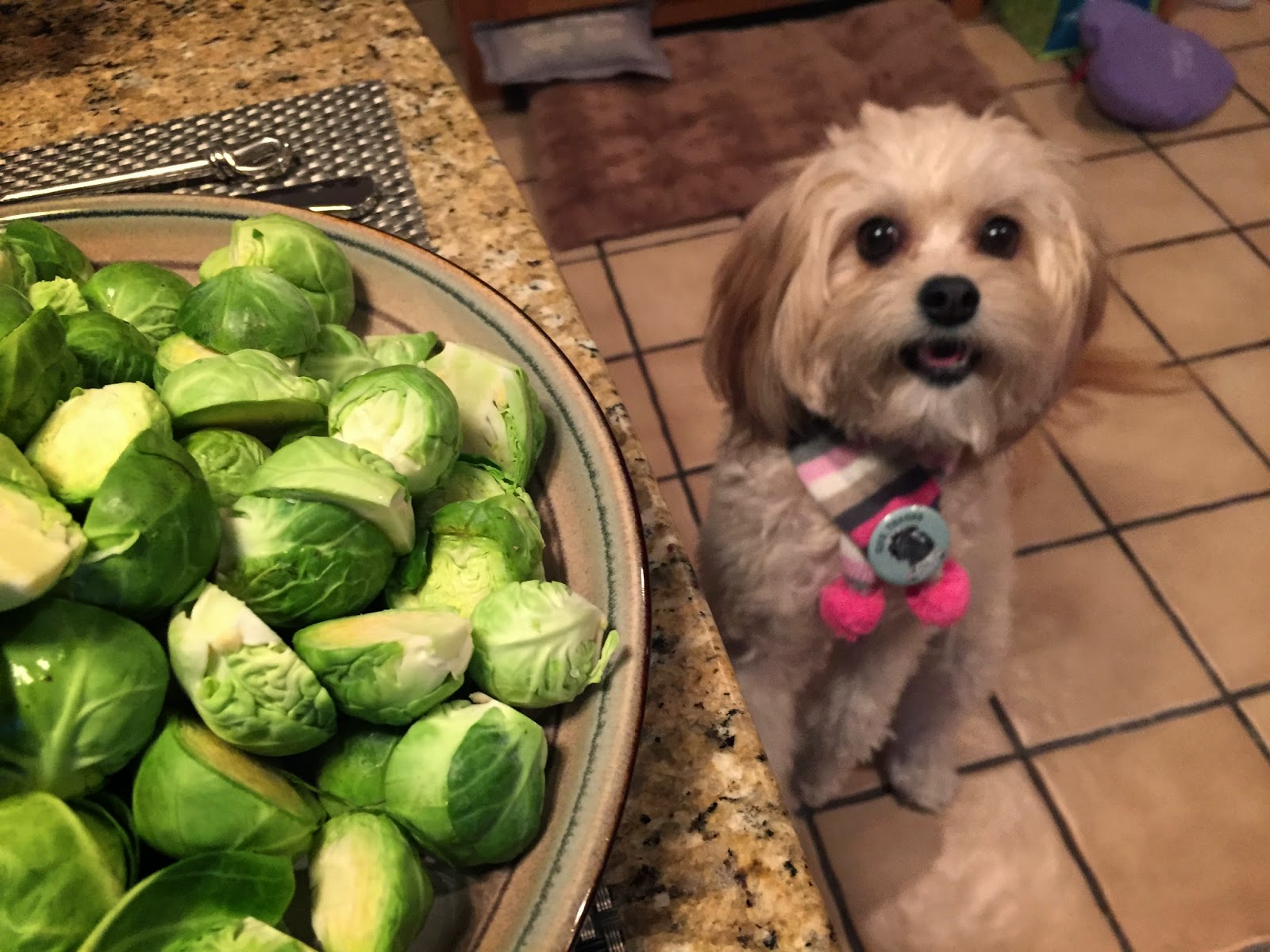 Trying new things based on recommendations (I wasn't a fan, but the meat-eater at the table sucked it in, so that's saying something). 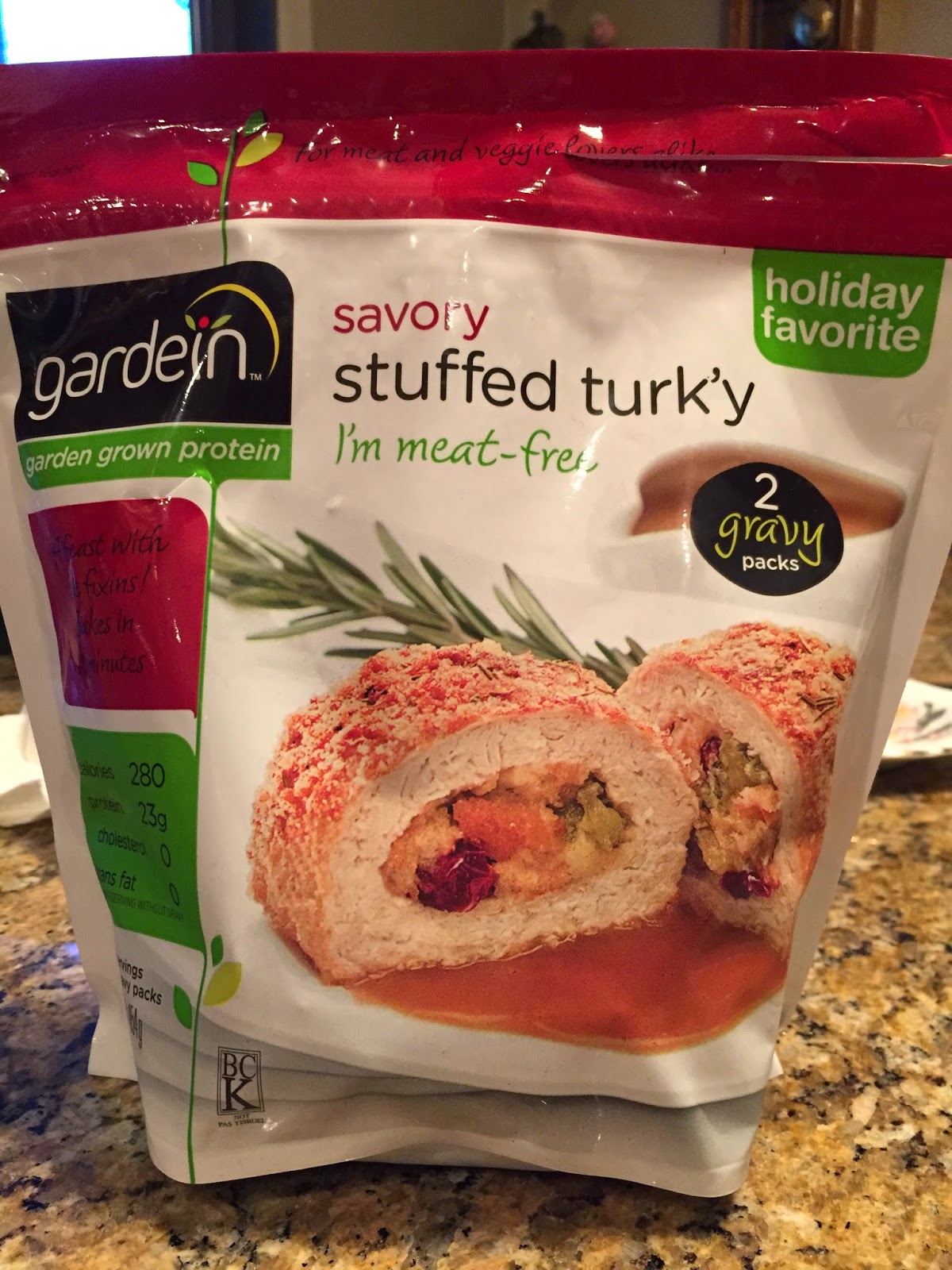 Aaaand, reliving some old food memories. You're never too mature to melt marshmallows on your sweet potato!
Before: 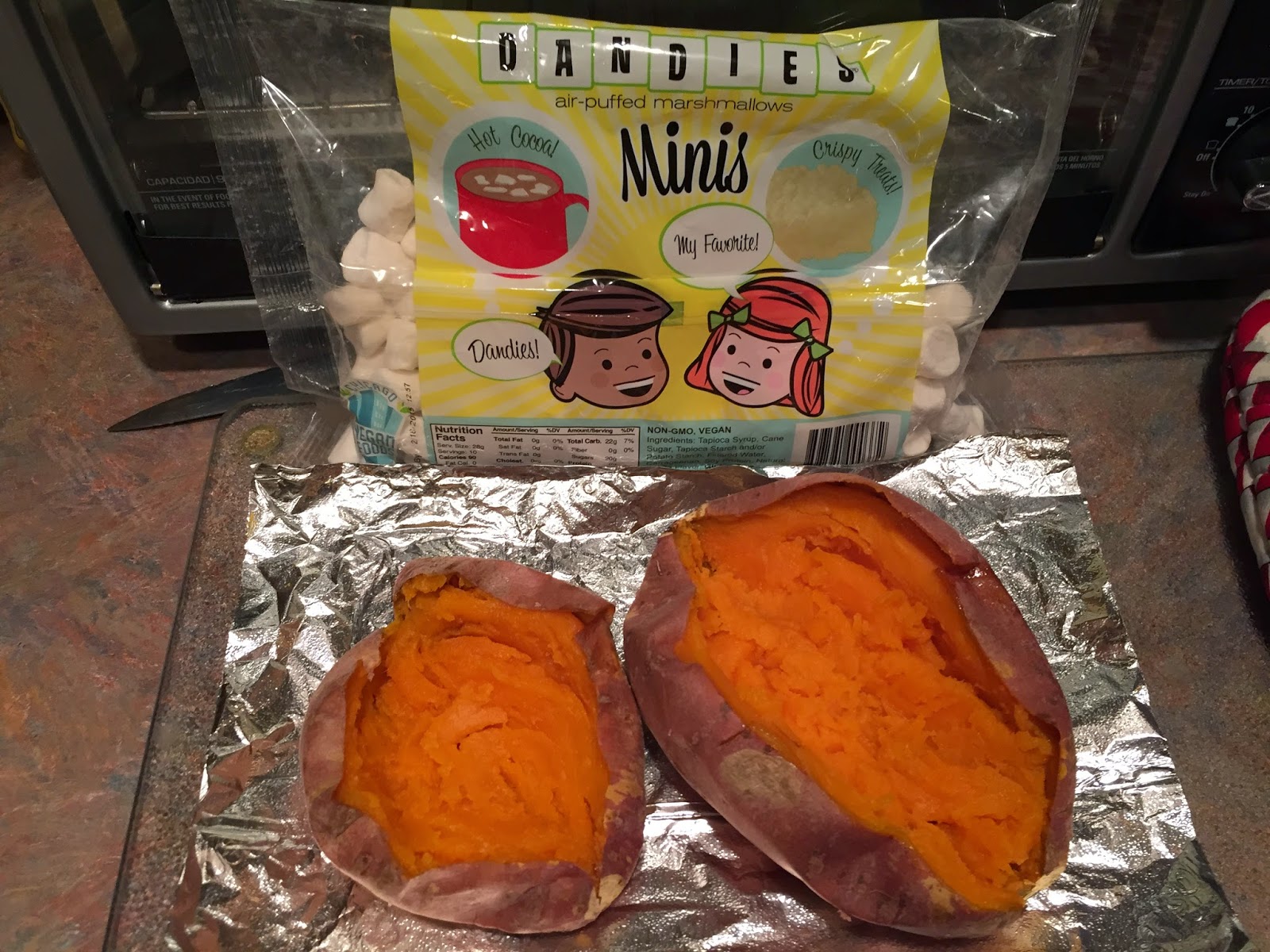 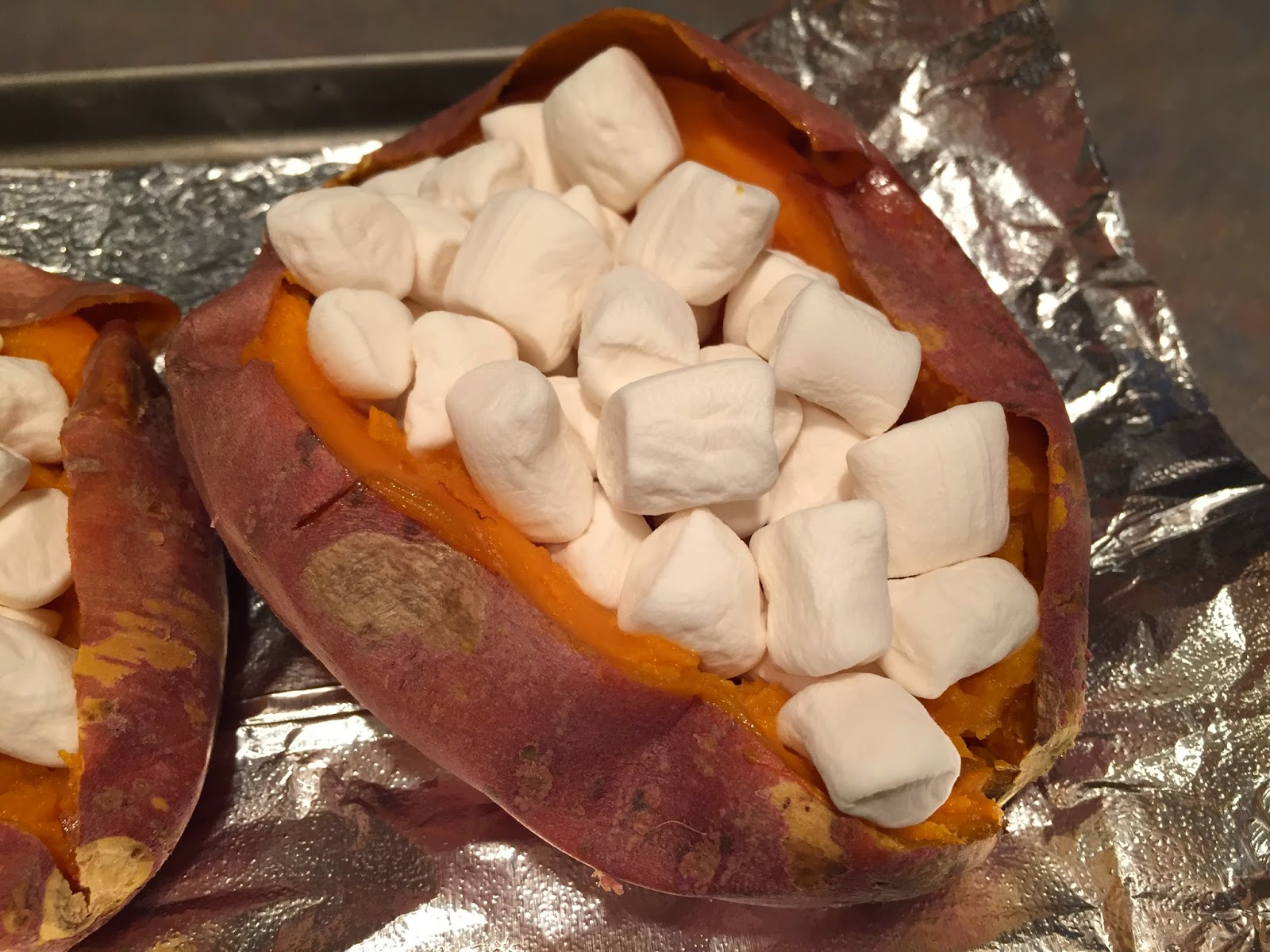 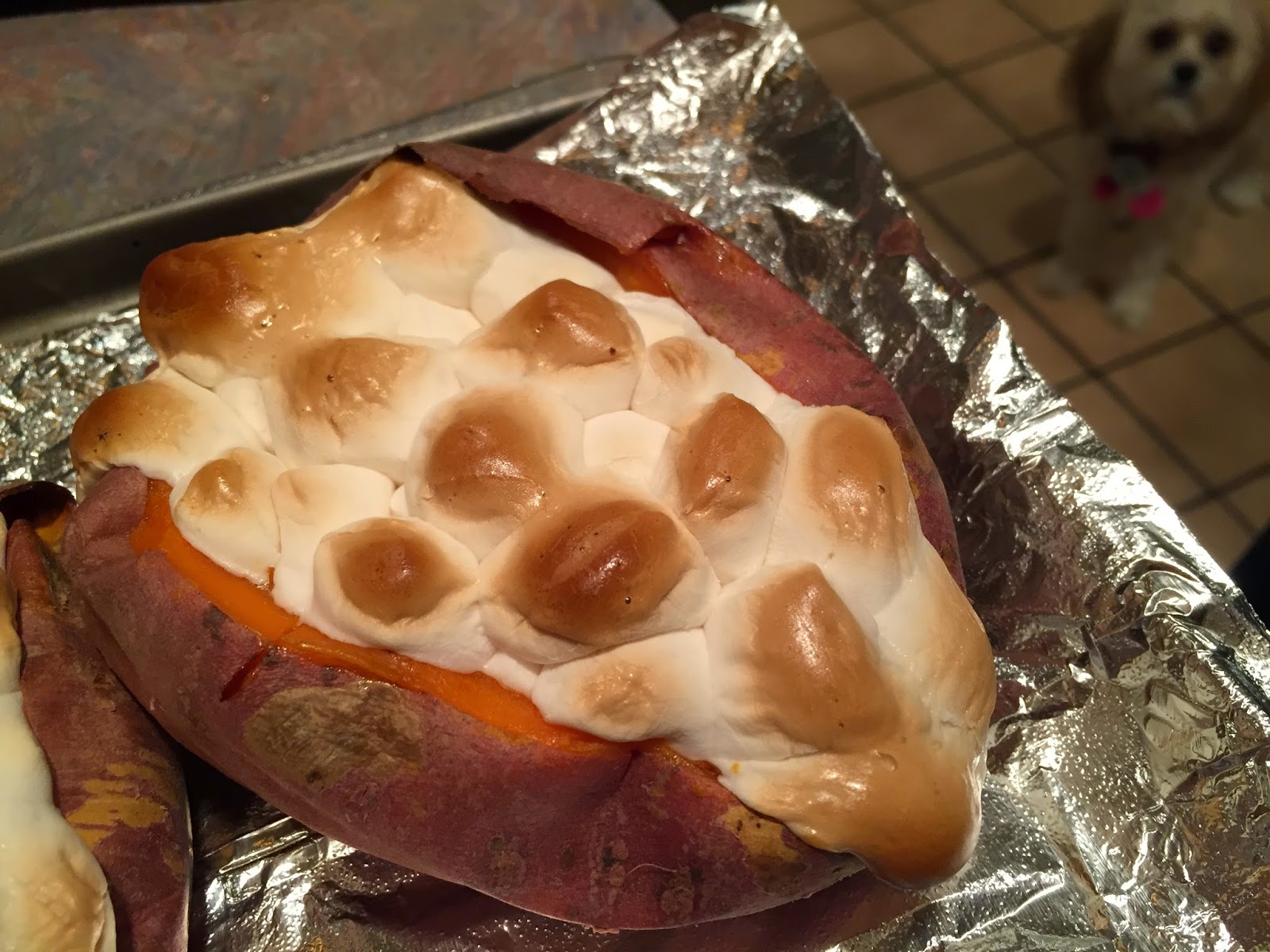 We tried a new recipe for Apple Cider Brussels sprouts that was posted in Cosmo by the incomparable Laura Beck. It lives amongst other simple but extraordinary recipes in Chloe Coscarelli's new book, Chloe's Vegan Italian Kitchen, and was devoured to rave reviews (chestnuts were added independently). 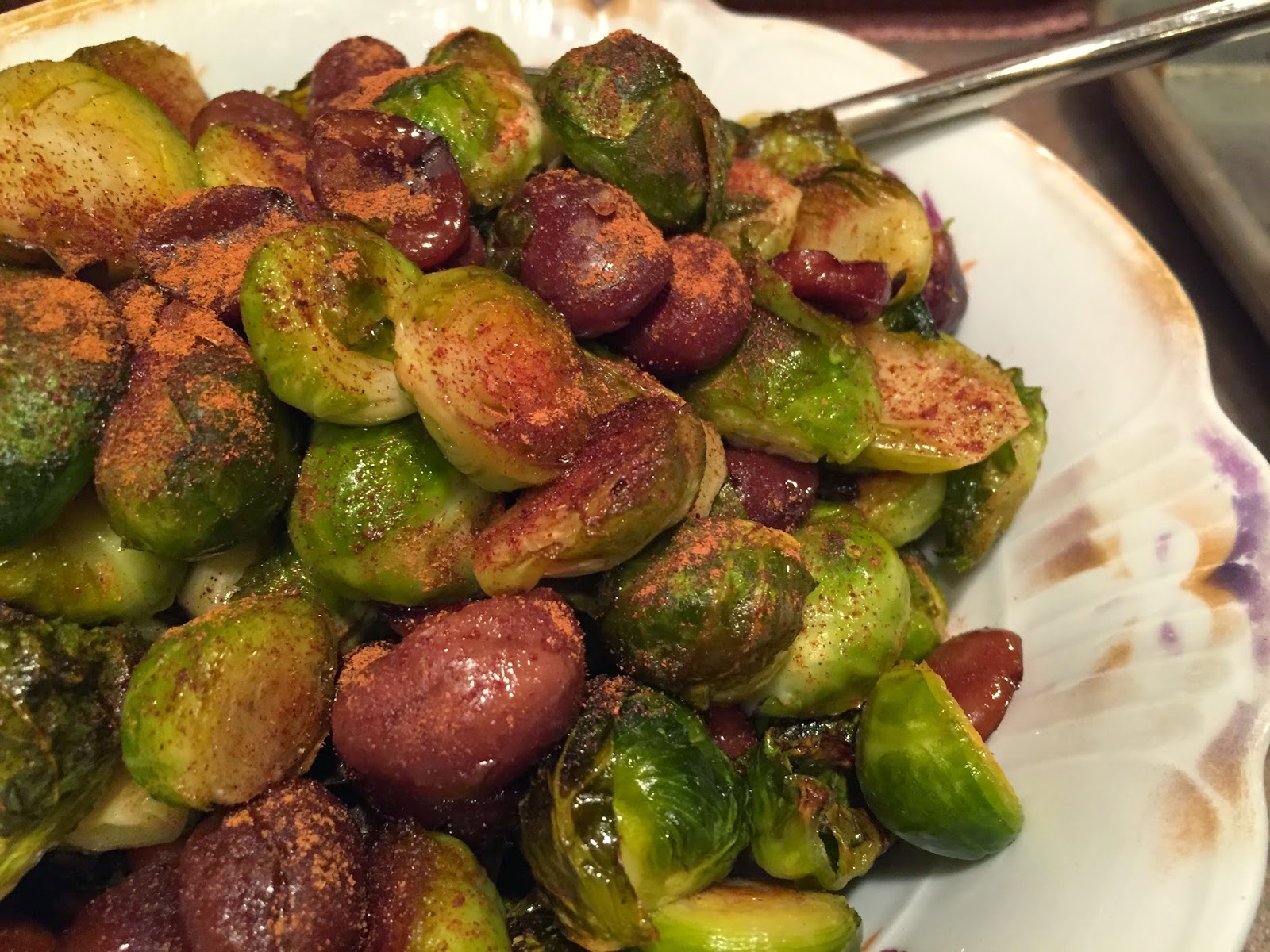 The PPK string bean casserole was authentic and crowd-pleasing yet again. 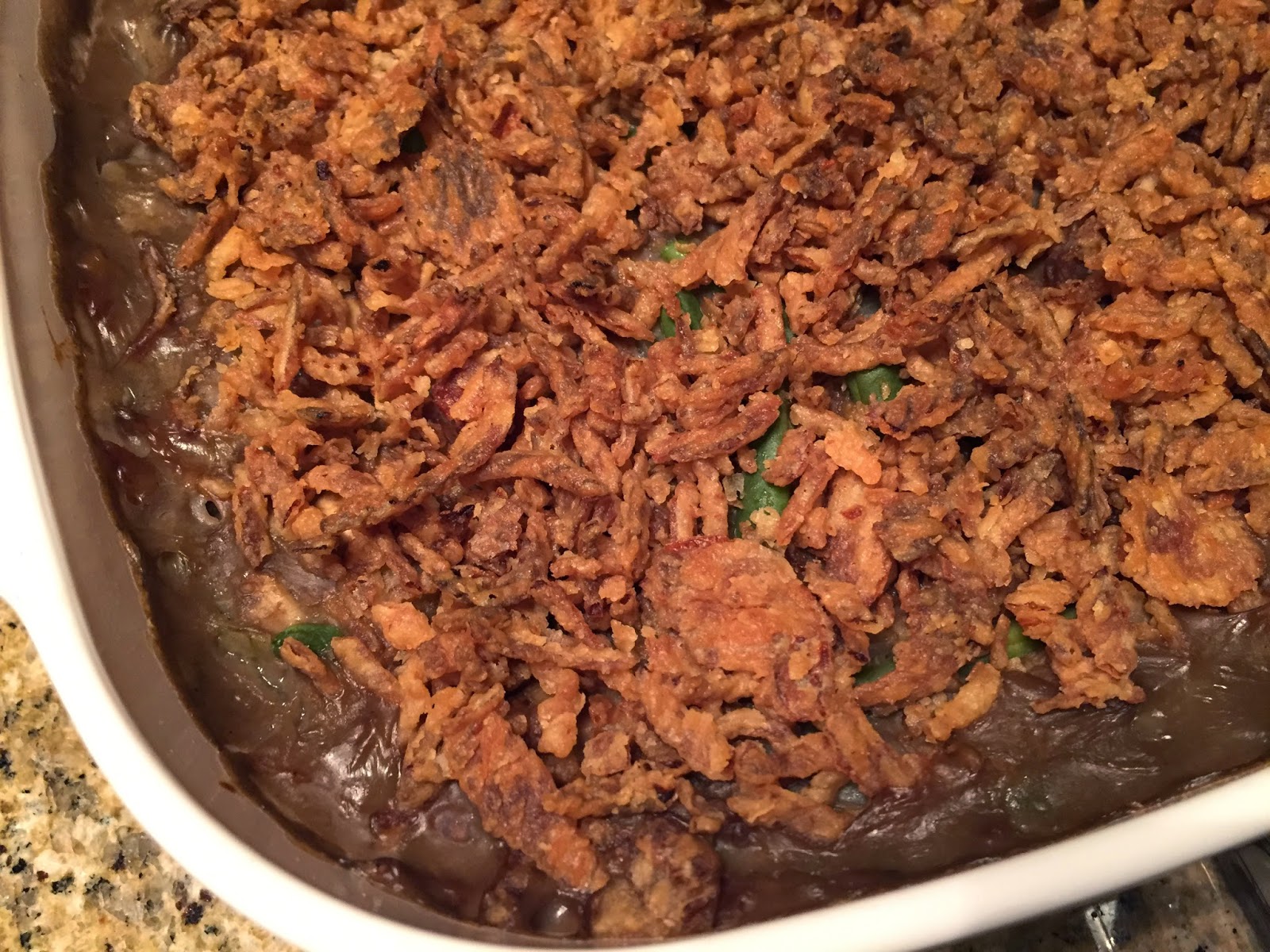 Overall, a most stupendous meal. ALL VEGAN. 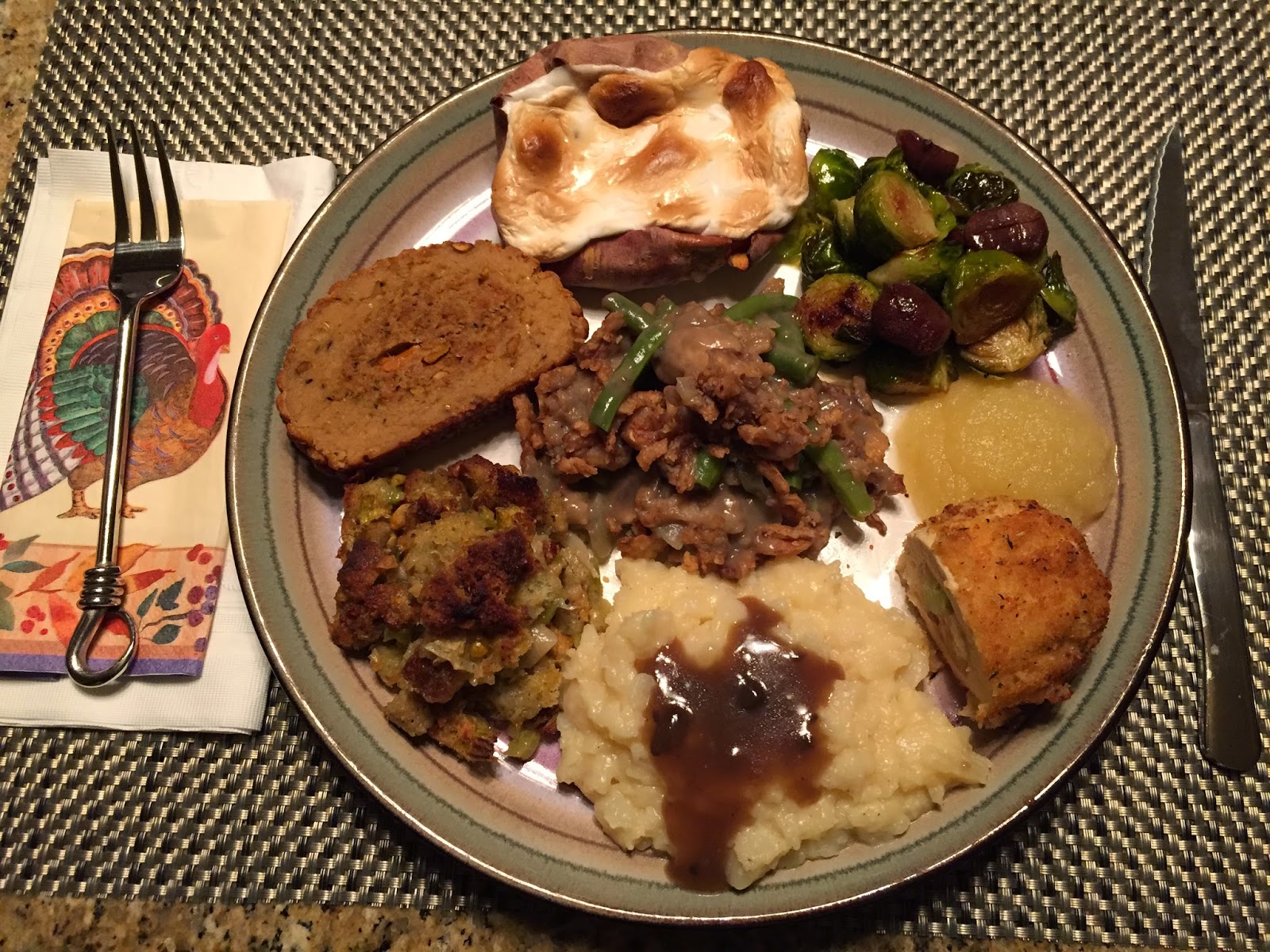 A lot of preparation, a ton of eating, and plenty of clean-up.
89 in her glory on pre-rinse duty: 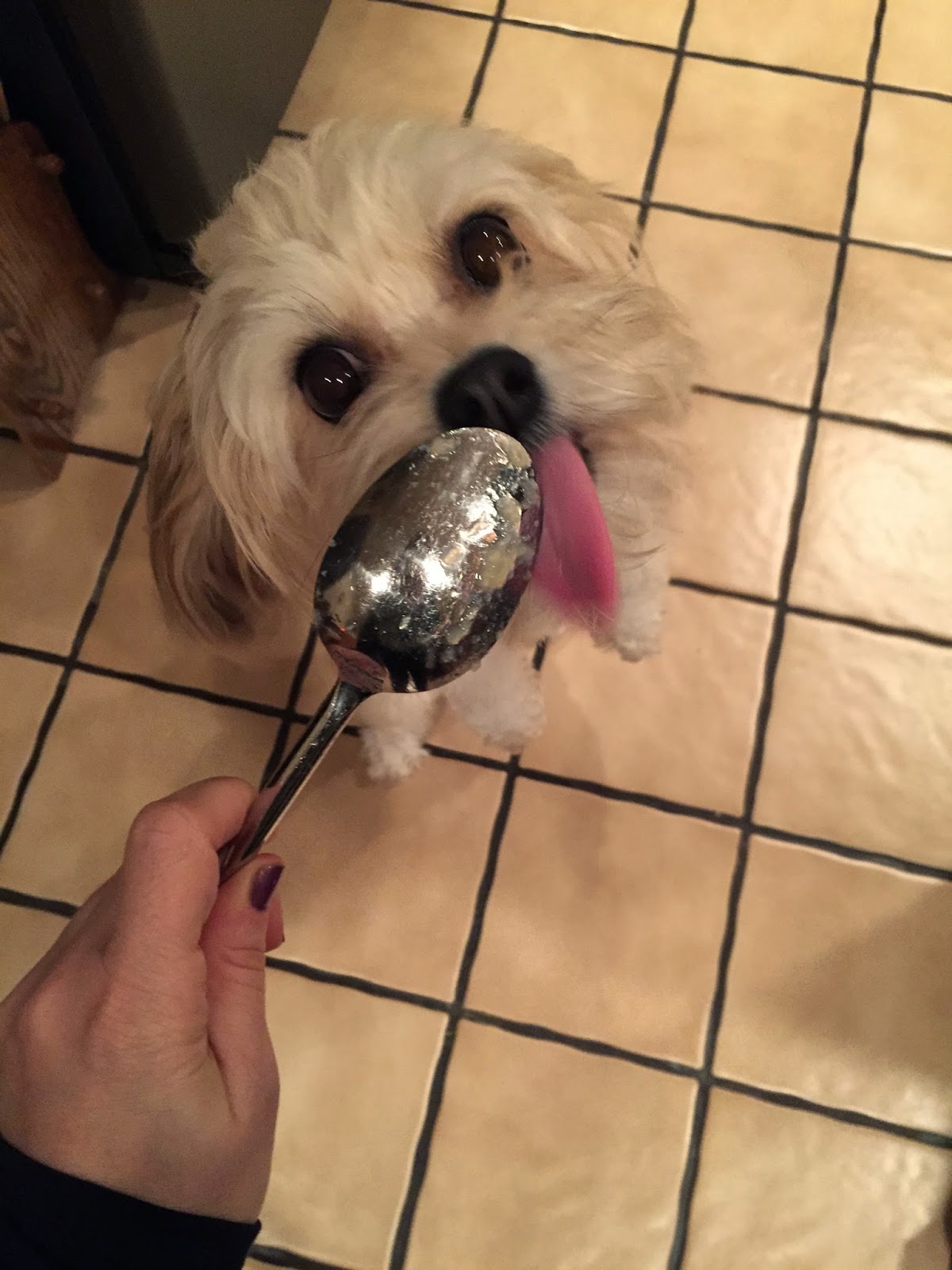 During the break between dinner and dessert: nap time. 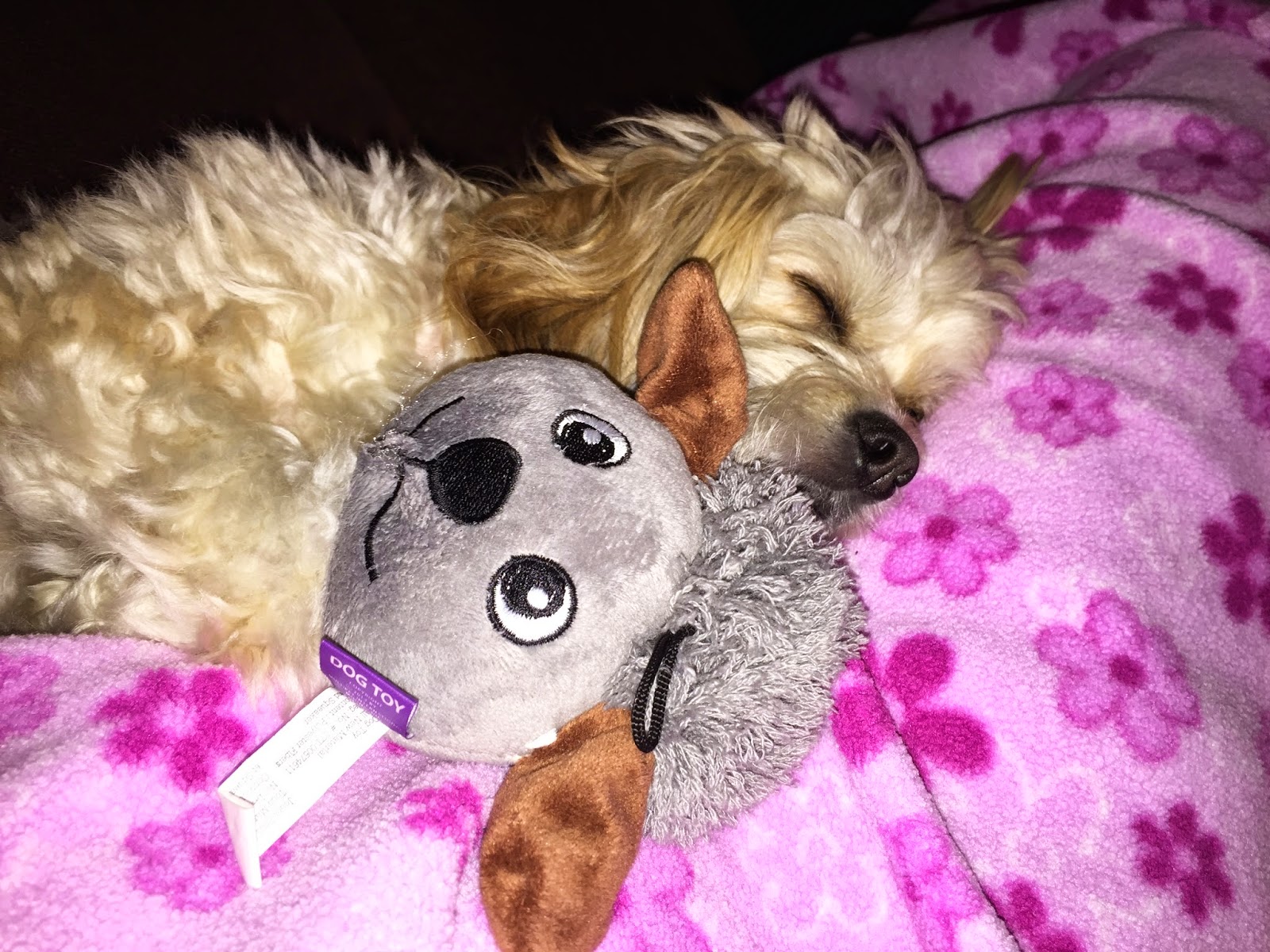 And then my favorite part of any meal: dessert. This time from Vegan Treats.
These chocolate cakes were pomegranate and malt. 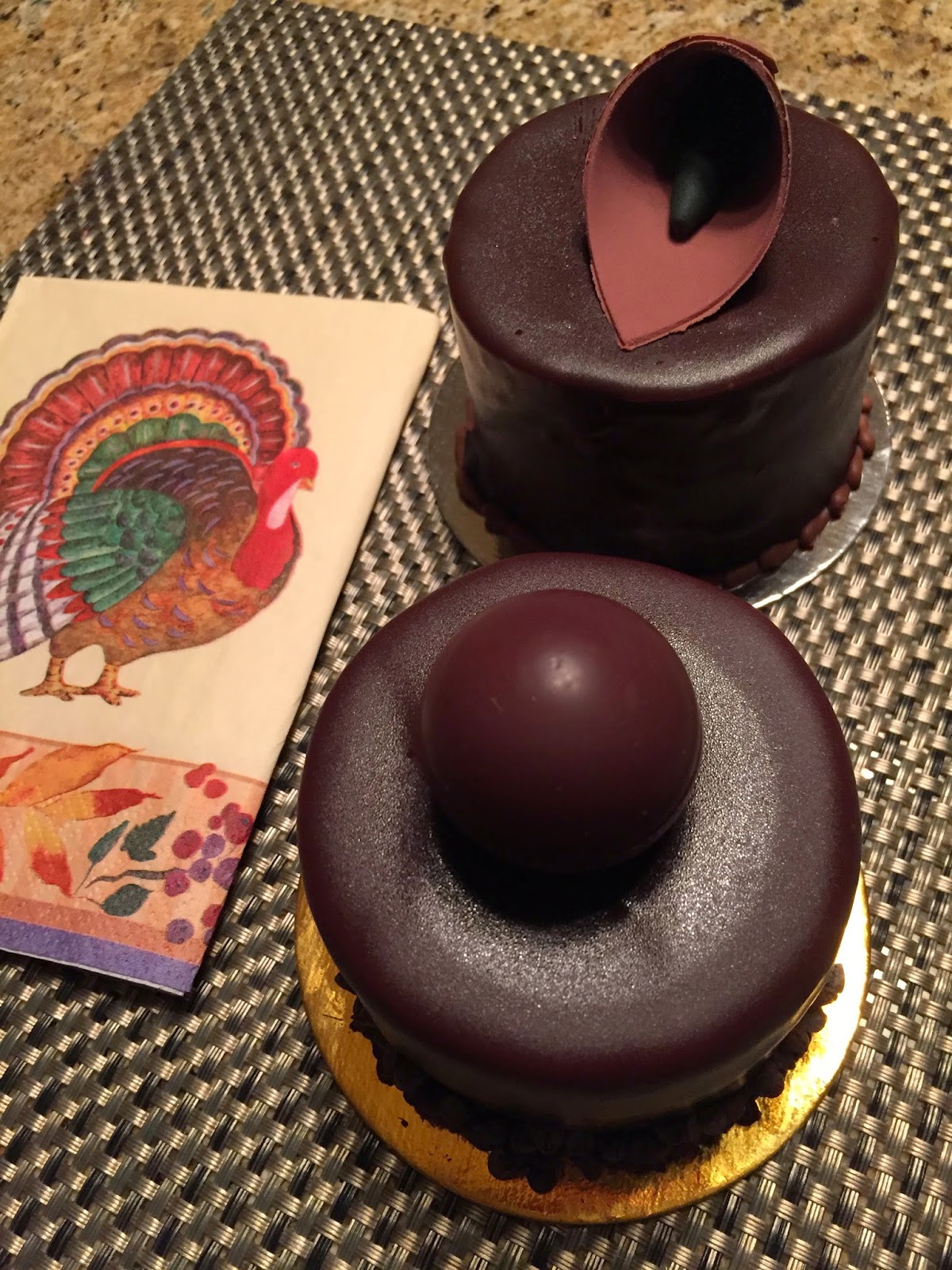 The malt didn't get it's own photo because, well, how do you not just immediately eat a malt ball? 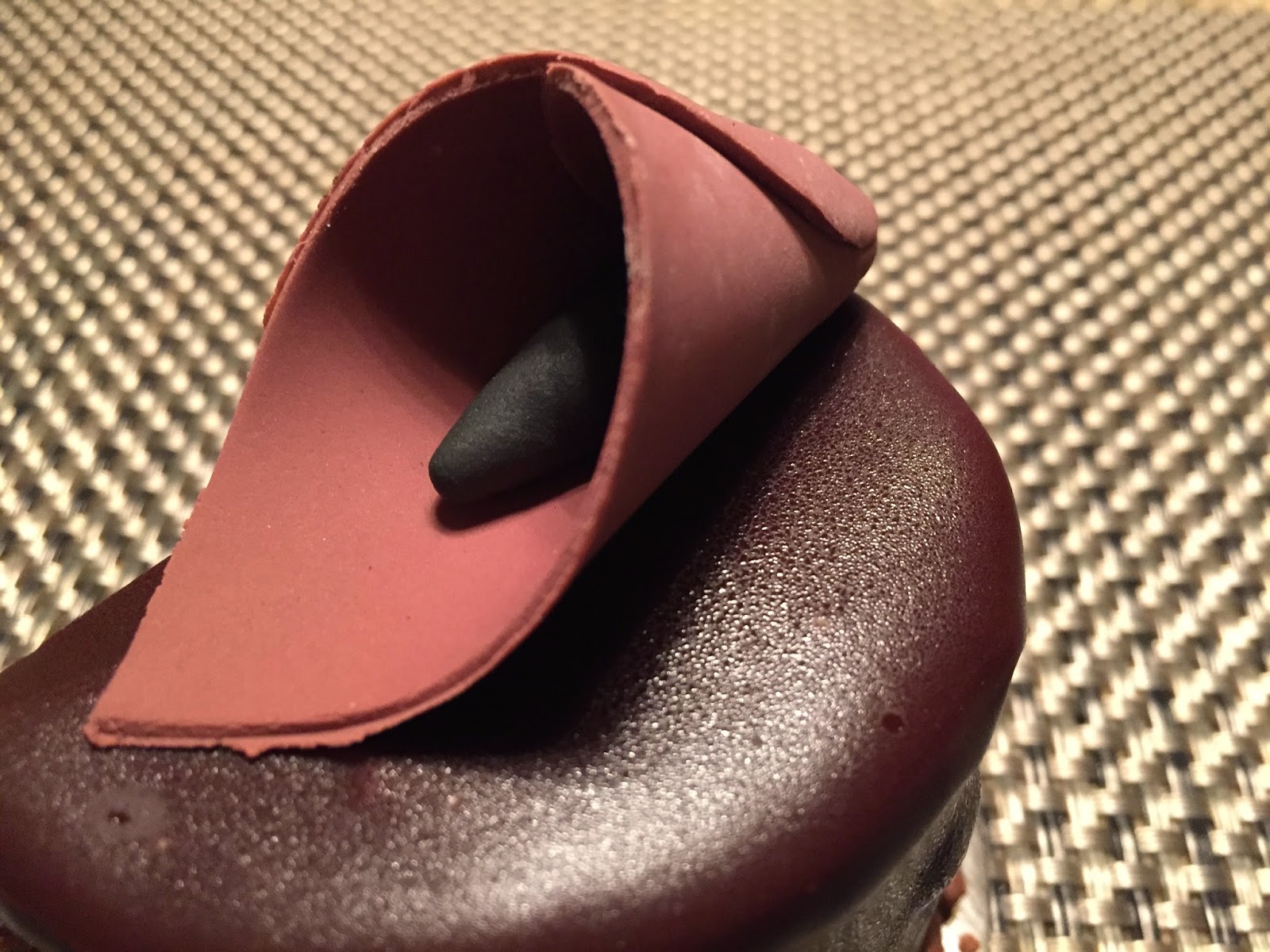 This was the favorite of the evening: a double chocolate adorned pecan pie. 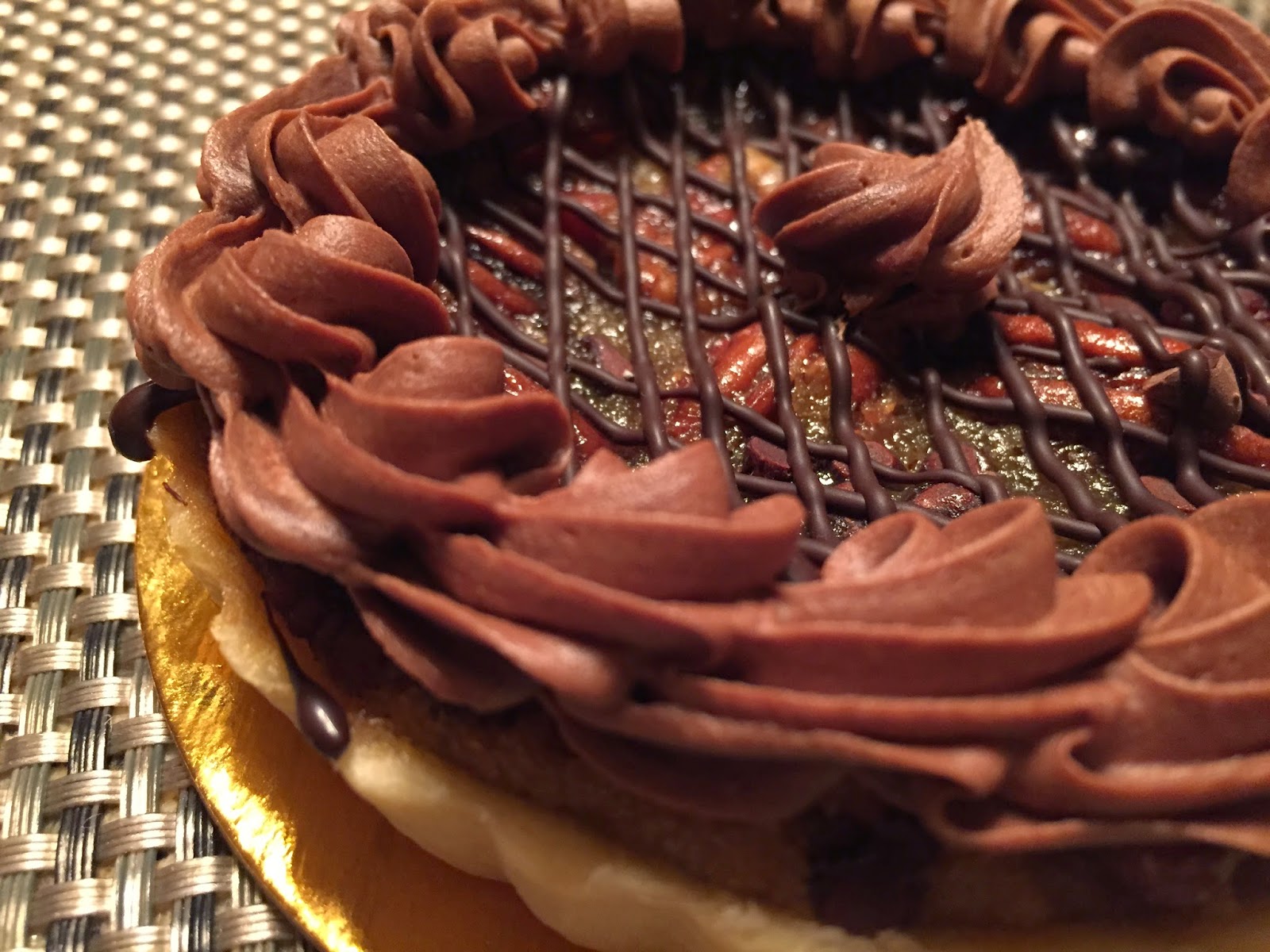 It was made all the better with the new So Delicious coco whip, in which I shall face plant until the container is empty. 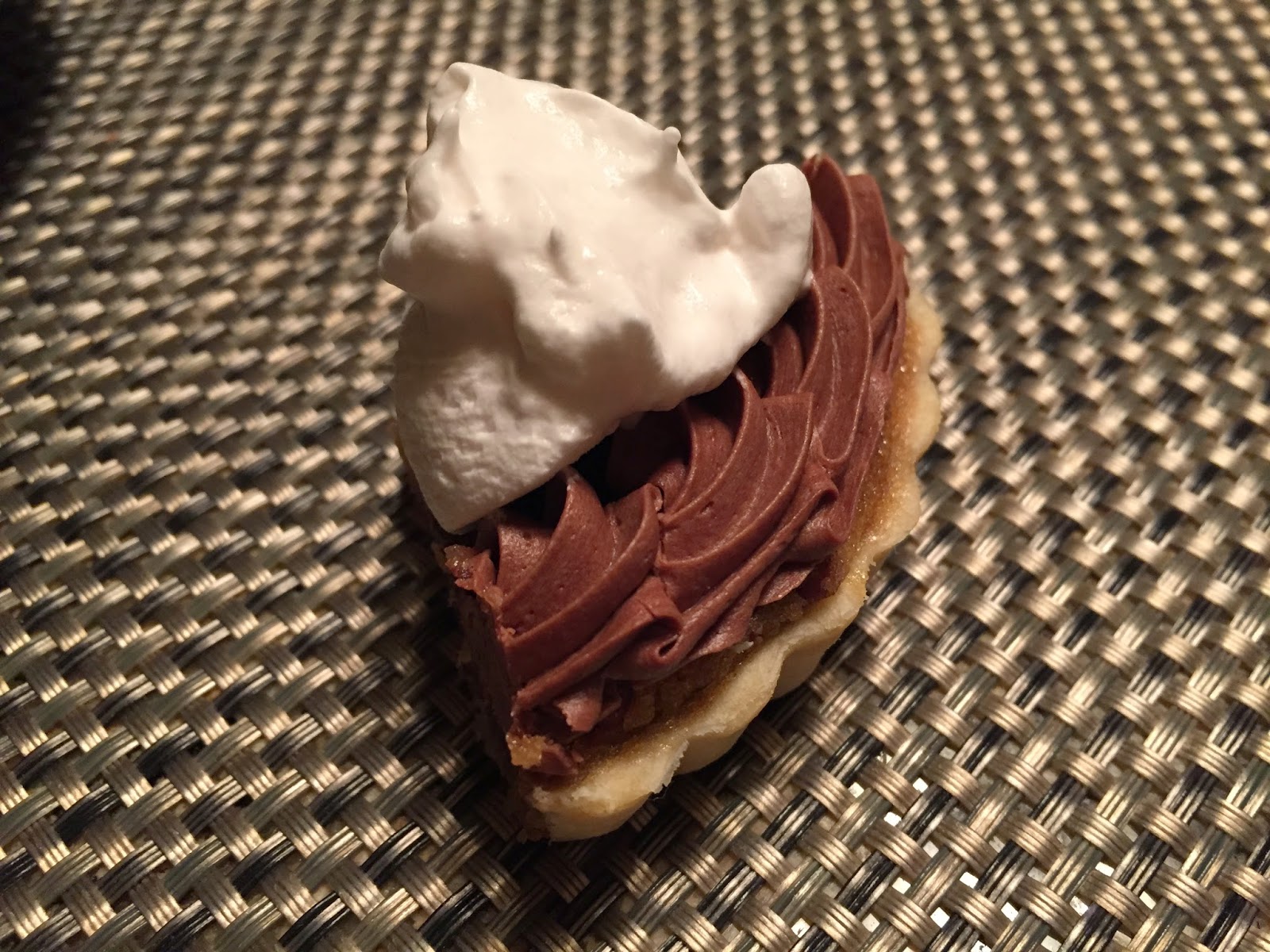 Between the two of us, VM and I went to about 8 stores before we found it and then I sounded the alarm to my friends. Because that's another thing vegans do: if you see something, say something! 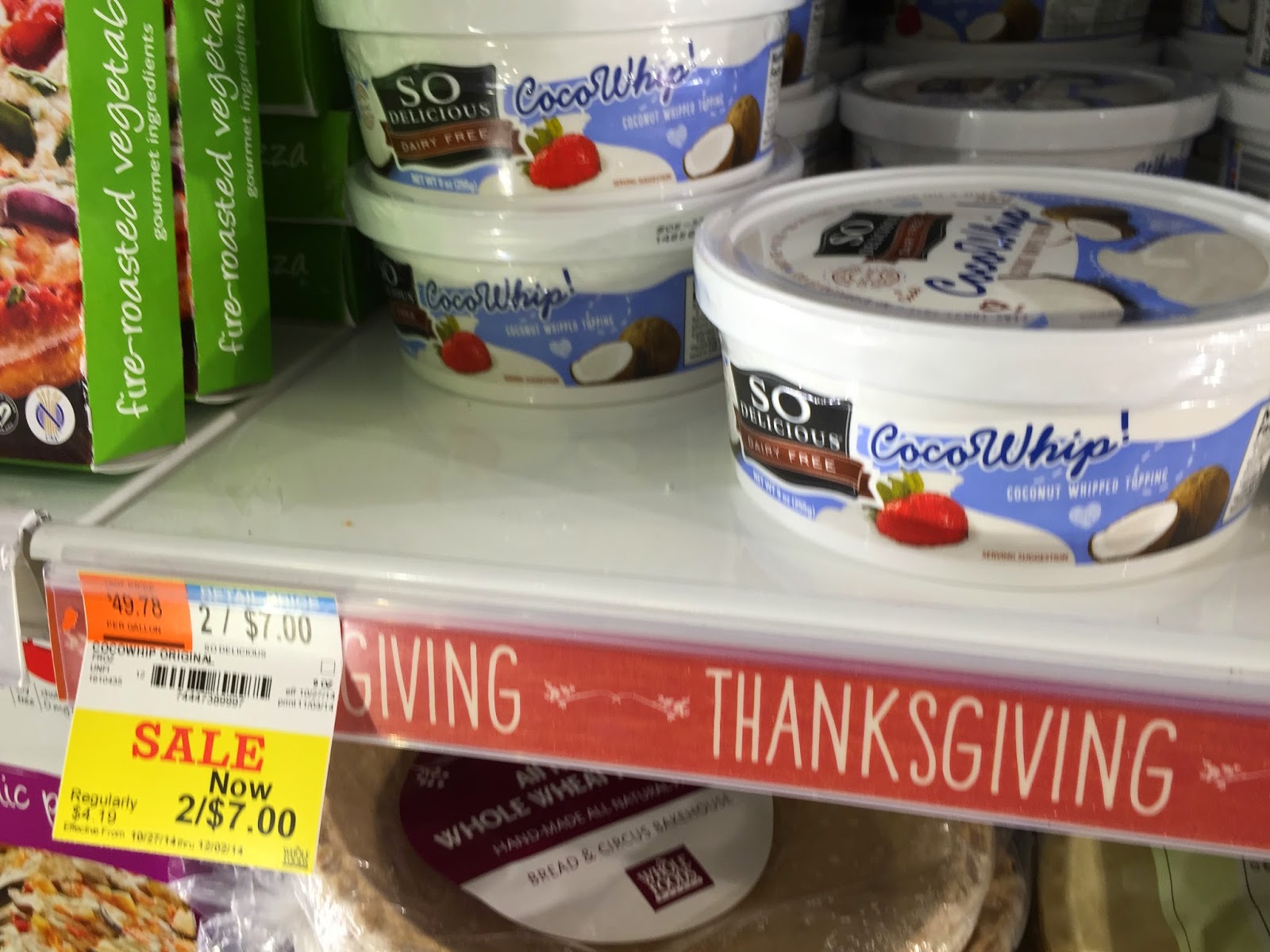 Finally, if all of this isn't enough, vegans also try to spread the love by extolling the virtues of a compassionate lifestyle. Everyone has different styles; this is 89's.

Hope all this clears things up about what vegans do on Thanksgiving. Hope yours was a happy one.