Daiya Pizzas- I tried them so you don't have to

As promised, more pizza! I gave these Daiya pizzas a try even though I've held a grudge against them ever since this happened. 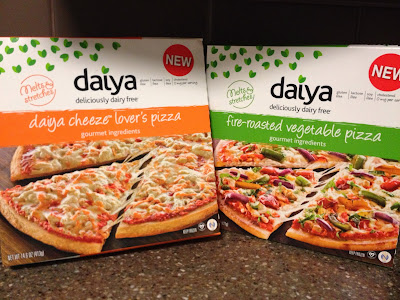 First up was the fire-roasted vegetable pizza, which was a little less appealing looking than I'd hoped. There was just something unsavory about the oddly chopped veggies that rubbed me the wrong way and it wound up tasting no more than fine. Fine pizza is an oxymoron. 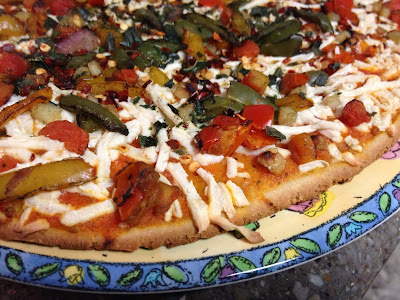 Next up was the margherita pizza, which was way more up my alley: just look at all of that cheese. I added sliced rockets: olives double stuffed with jalapenos and garlic. 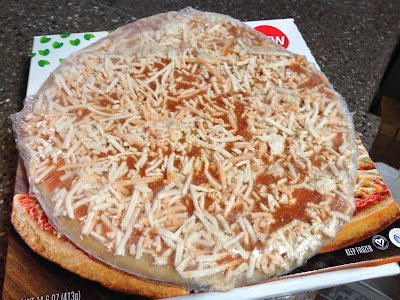 While this pizza was definitely the favorite of the two- thanks in no small part to the cheddar mixed in with the mozzarella, it just didn't do it for me overall. 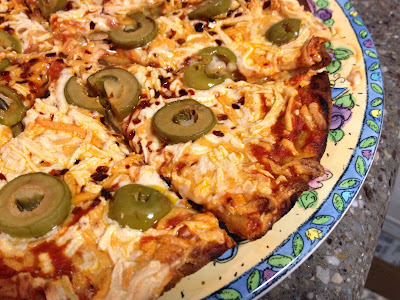 This had to do, in large part, with the thin crust. While thin crust is never my crust of choice, this was like a thick, tasteless cracker. [UPDATE 11/11/15: windy city vegan has kindly pointed out that this is a gluten-free pizza, so that explains a lot; please see her comment below.] The ratio of sauce to cheese was fine, but overall it was another meh; a grilled cheese would have been equally satisfying. No, probably moreso. 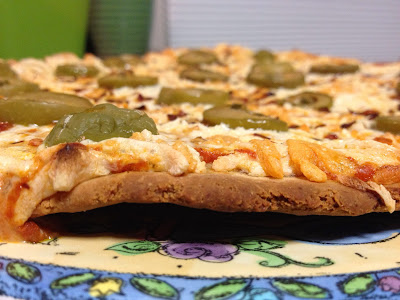 Guess I'm just over Daiya in more ways than one.
Posted by Abby Bean at 2:09 PM