Got a little sidetracked with the Philly rehash; we're now back to our regularly scheduled programming, starting with Mother's Day! 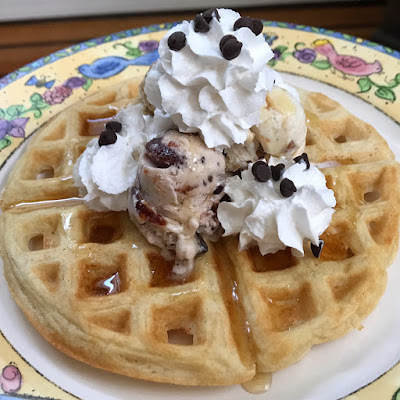 Making Mother's Day brunch is kind of my thing, so I began preparing months in advance- truly. The first step was to acquire a waffle iron. I'm not really into kitchen gadgets, so I didn't want to spend much money. I bought this little Oster Belgian waffle maker and it's pretty much the pits; don't be fooled by the fact that it's an Amazon best seller. Unfortunately, I'm a dummy who waited too long to take it out of the box and actually try it, so once I finally did it was too late to return. All this is to say, don't buy that one! You can make do with it, but it's FAR from ideal. 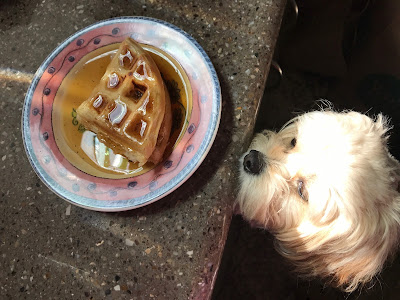 But, don't worry about us; we were fine. I monkeyed around with it long enough to figure out how to get a relatively decent waffle (NOT Belgian as advertised) with as minimal mess as possible. I used this recipe for waffles and then crisped them up in the oven for a few minutes before assembling and serving. 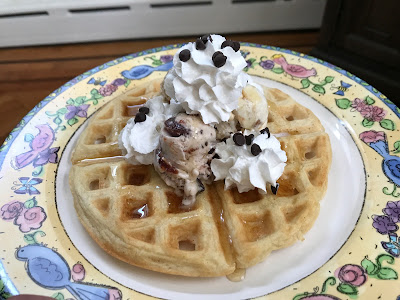 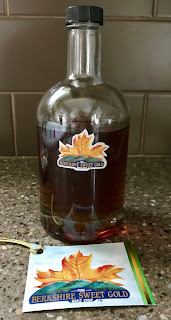 Lately I've been eating a lot of Nada Moo, but on this day we partook in the three new, vegan, Ben & Jerry flavors. 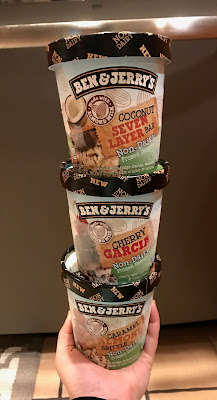 Shown here, sans waffles. Caramel almond brittle up top, coconut 7-layer bar to the right, and cherry garcia at the bottom. All three flavors are a vast improvement of the original four vegan flavors they released last winter; I especially loved the brittle & the 7-layer. In case you're wondering, I do know that Ben & Jerry's (and parent company Unilever) are problematic- not the least of which because some flavors contain palm oil and the chocolate is not Food Empowerment Project approved; feel free to let me have it in the comments. Please note, though, that I don't necessarily have a problem with non-vegan companies making vegan items; instead, I think it's a sign of progress. But, I digress. 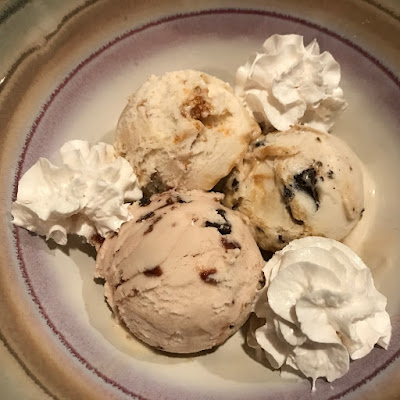 You-know-who got her own 89-size waffle sundae; see her chowing down here. 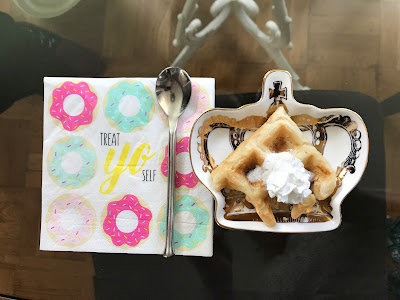 As you might imagine, this meal held us over for quite some time. We spent the day chatting, watching movies, and being amazed by a sudden hailstorm. 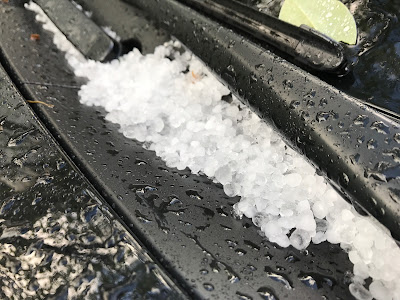 Well, we were amazed. Petri Hawkins Bird not so much. 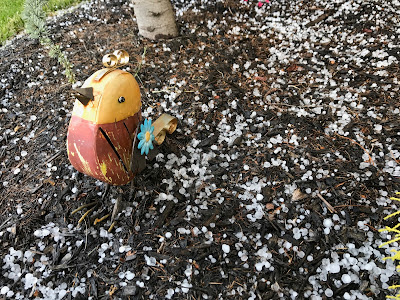 Also, VM brought a present for 89. Not sure how that works since 89 already has 2 personal holidays, but there you go. 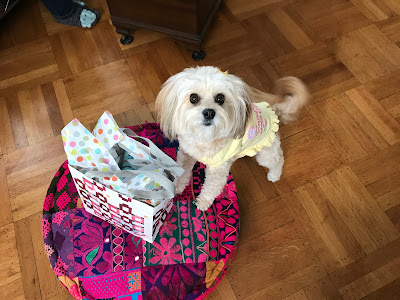 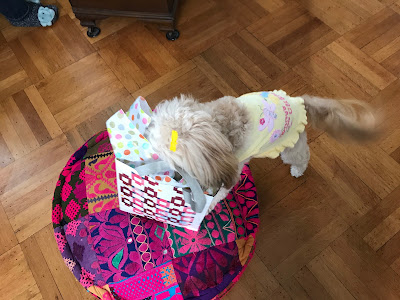 Of course that didn't stop her from trying to gnaw her way into VM's gifts because she's a humongous glom. 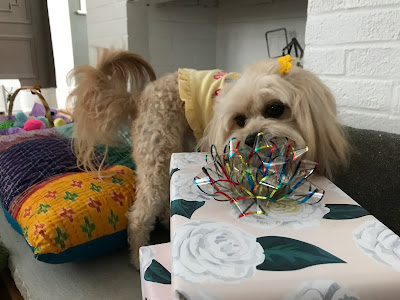 Eventually we got hungry again and had Ethiopian food for dinner. 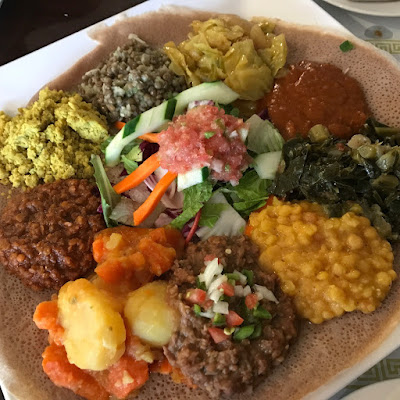 Aaaaand, luckily there was plenty of brunch leftovers so that we were able to repeat the sundaes a few days later as if Mother's Day never ended! 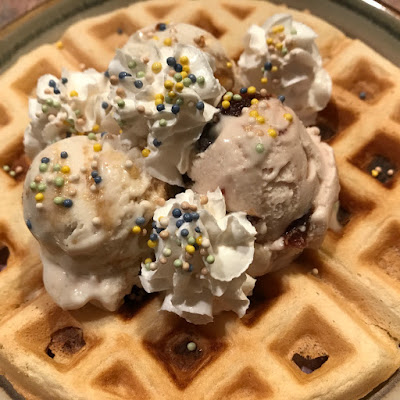