I have a love/hate relationship with Starbucks.  I love their soy cinnamon dolce lattes, but I hate their apathy regarding vegan product information.  I also hate their leather chairs and the fact that even though they are currently running a promotion that requires your receipt for participation, they don't give it to you unless you ask for it.  But I digress.

As far as vegan food at Starbucks, a few items have made appearances...and disappearances.  There was the oatmeal prepared with water, the Lucy's cookies, the multigrain bagel, and, well, I think that's it.  A few years ago, some sort of oat/blueberry muffin appeared in my local SB's bakery case labeled "vegan".  It was horrible, just the type of thing non-vegans would use as an example to confirm that vegan food is bad.  Not surprisingly, I never saw it again. I assume the company decided vegan food doesn't sell.  In reality, bad food doesn't sell: vegan or not.  I expected the worst of the new, accidentally vegan Sesame Noodles Bistro Box. 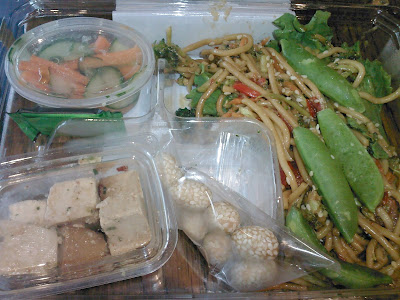 It took a few attempts for me to actually purchase a bistro box.  I'm not sure what the shelf life is, but I kept finding congealed noodles and browning snap peas in boxes dated with a day or two left before expiration.  It also doesn't help matters that the containers are displayed vertically: causing all of the noodle dressing to drip and unappetizingly collect in the bottom edge of the lid.  But one day I reached into the back of the refrigerated case and found one none the worse for wear; it was time to give it a try...and let the woman next to me wonder why I was photo-documenting my lunch. 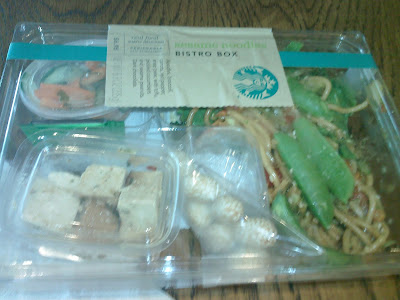 I have to point out that the overall seal on the package freaks me out a little.  The back is sealed all fine and good, 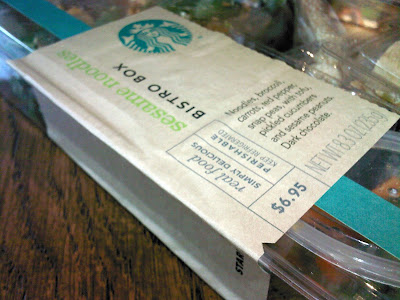 but the front is closed with only a 1/2" piece of adhesive that, more often than not, seems partially tampered with to my un-trusting brain.  I don't really think people are infiltrating my bistro box (much), but SB should really rethink the the closure; my box seemed fresh and new and yet already the seal was halfway loosened. 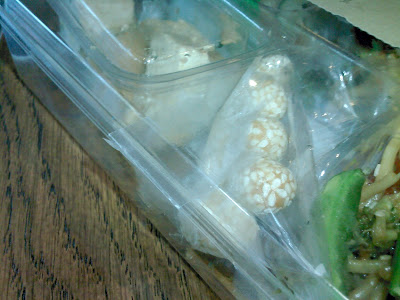 Nothing to speak of in the way of aroma, but I dug in: first to the little baggie of sesame peanuts.  YUM!  It's a good thing these are portion controlled they only give you a few, because these are exactly the type of crunchy things you could eat 100 of without realizing.  I decided to save these for dessert. 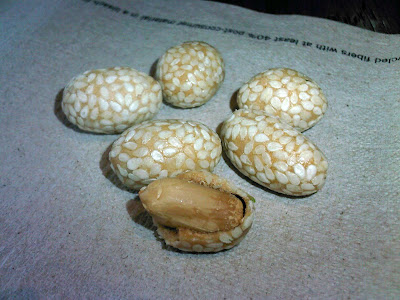 Next up I tried the individual container of unassuming tofu cubes.  Ok, the baked tofu with lightly spiced lime glaze.  Wow!  These were awesome; why can't I cook tofu like this?  Pressed, extra firm tofu with a substantial chew: moist without being mushy, solid without being dry.  Excellent. 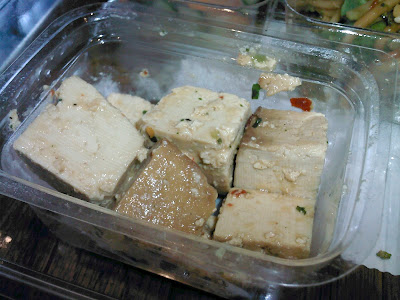 I had extremely high hopes for the cucumber carrot salad, but I have to admit that it was outshined by the tofu.  Still crisp and good in it's own right; it had the added bonus of being housed in my absolute favorite mini, reusable, takeout container. 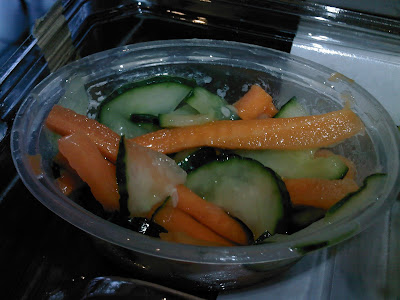 The main event, the sesame noodles, are described as "Sesame noodle salad tossed with broccoli florets, carrots, red peppers, sugar snap peas and a creamy peanut dressing"; I think I would have given them higher marks had they not built them up so much.  Don't get me wrong, it's good, it's fine; there's nothing wrong with it.  Well, okay, the broccoli florets are minimal and most of the broccoli taste actually comes from the bitter stems they think they've hidden within through the magic of julienne.  Creamy peanut dressing?  It tasted like a light and mild sesame.  The bed of greens underneath were bitter as all get out.  Overall?  Quite okay.  And the sugar snap peas atop were still crisp; how do they do that?  (Speaking of, a friend recently pointed out the mystery of how they keep the apple slices in the non-vegan boxes from browning.   Things that make you go hmmm, indeed.) 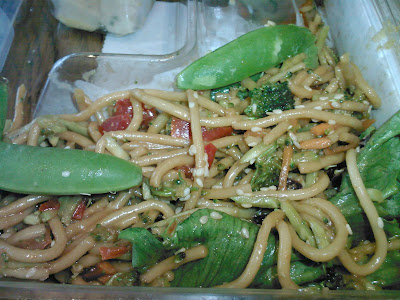 Once finished, I revisited the sesame peanuts as a segue into my dessert: a tiny piece of dark, "premium Starbucks chocolate".  I can be a bit of a chocolate snob of late, but this was really good.  If they can accomplish this level of vegan chocolate goodness, why is it that all of their dark chocolate items for individual sale contain milk? 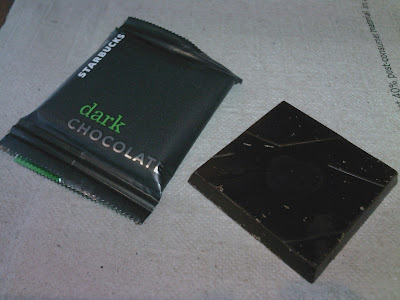 I would say that this meal was a success: for Starbucks, for vegans, for me on this particular day.  For the same price as a Chipotle meal, you can enjoy this Sesame Noodles Bistro Box whenever there's a Starbucks in sight.  And really, when isn't there?  I urge you to give it a try; it will probably surprise you.  From the first sesame peanut...right up to the part where you realize your friend was right; the box won't fit into the regulation, Starbucks' garbage. 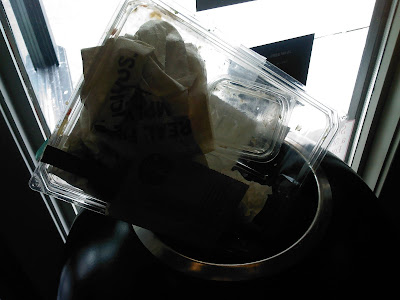 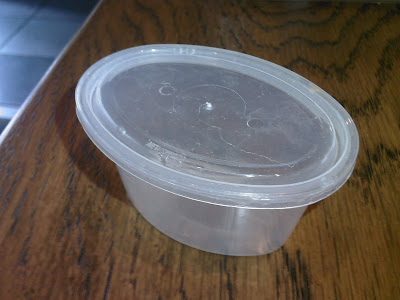 this is a the gift that keeps on giving.
Posted by Abby Bean at 10:34 AM

Email ThisBlogThis!Share to TwitterShare to FacebookShare to Pinterest
Labels: Starbucks