And Then This Happened

Sweet potato puree, canola oil, molasses, cinnamon, and ginger: all organic; they smell delicious and I have it on good authority that they taste great too [Update 7/23/12: a friend and I tried them and they are good.  To clarify, I wouldn't eat more; I'm just happy to report that they do taste like they smell, albeit with no sweetness.] 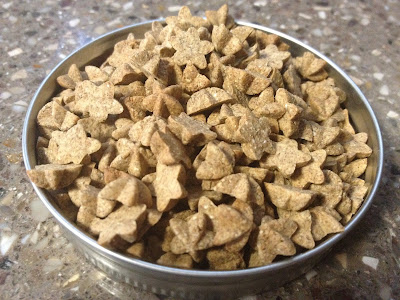 Sweet potato little stars are one of the vegan options available from Wet Noses, an organic dog treat company. 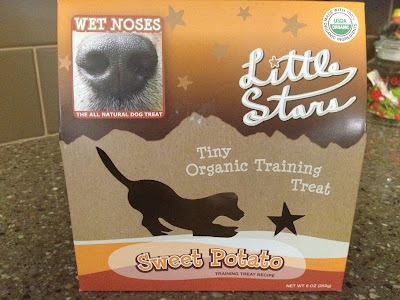 Why am I telling you this?  Because this just happened. 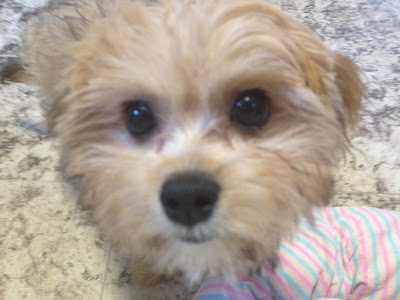 It was just an ordinary weekend, and then... 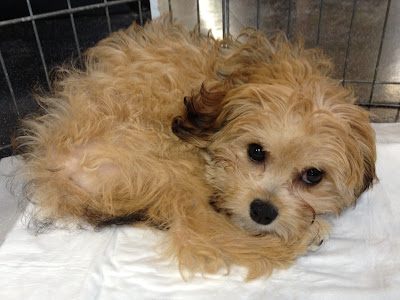 As I told her later, when I'd left the house that morning, I hadn't expected to be returning with anyone else in tow. 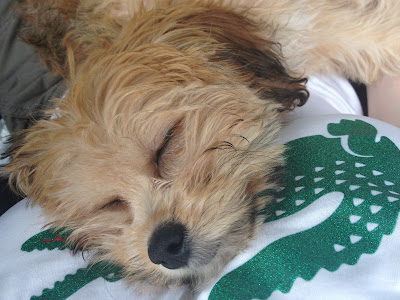 I had recently been considering the possibility of acquiring a canine companion; I just didn't realize it was going to happen on this particular day. 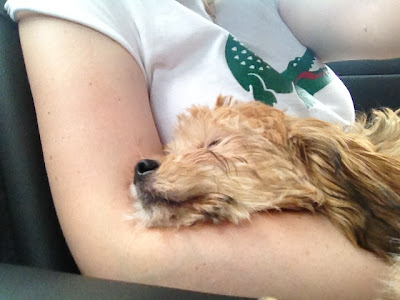 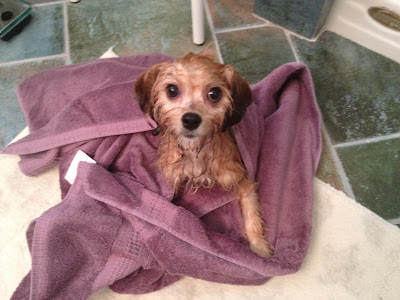 Next up: blow-drying.   She's really not a fan.  Ostrich-like, she assumed if she hid in a towel, the blow dryer wouldn't find her. 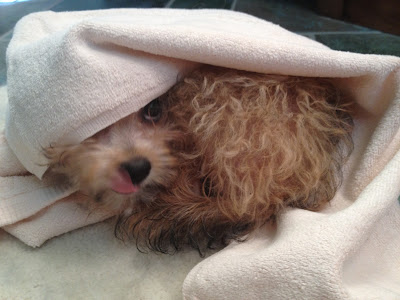 When that didn't work, she also tried hiding under my leg. 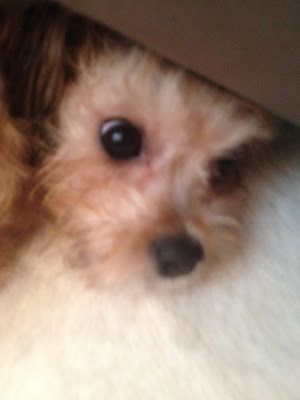 Once spruced up, she made herself right at home. 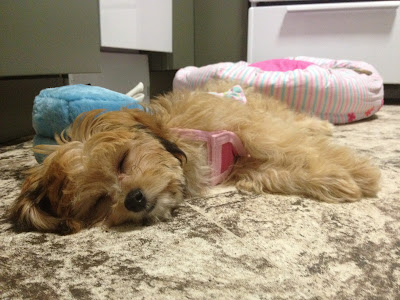 I fully intended for her spend her first night in her own bed (no I didn't). 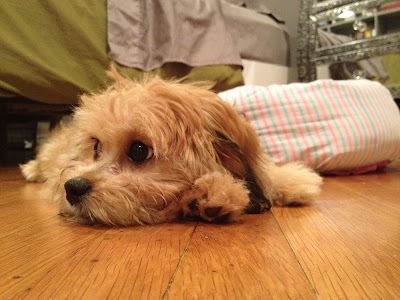 But that didn't happen. 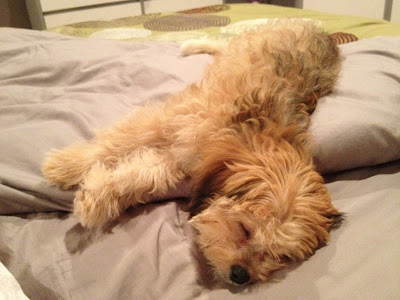 A Cavalier King Charles Spaniel/Bichon Frise mix, she's quite skinny and doesn't seem to be much of a big eater.  I'll assume this has something to do with the stinky, non-vegan dog food she was being fed.  Her vegan transition will begin once her stomach settles from the change in living situation and she'll be a canine foodie in no time! 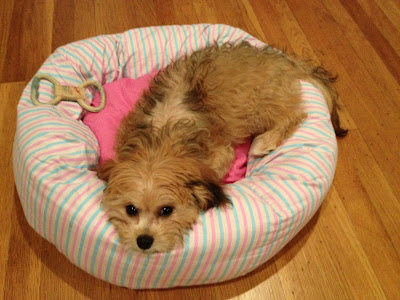 In the meantime, I did want to get her something special for rewards and the sweet potato little stars were a huge hit.