It's a good thing I have my blog around for I-told-you-so fact-checking purposes, because otherwise I never would have believed that- after perfecting the recipe, it took me 3 years to get VM to make me struffoli (aka sticky balls) again.  But, much like my revered rainbow cookies, even I have to admit that the fabulosity of the result doesn't always warrant the time and mess of the effort.  Of course, tell me that when I have a perfect struffoli in my mouth and I'll never agree.  Behold: 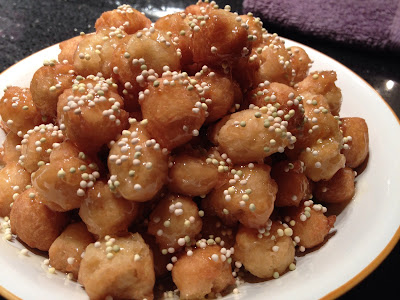 Granted, as we collected our ingredients with our mulled wine steeping, we were oblivious to the fact that we were going to be exhausted, somewhat drunk, and covered in dough by the time we were done.


Our dough came together easily and these were the first (of many) dough logs. 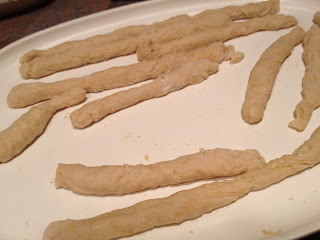 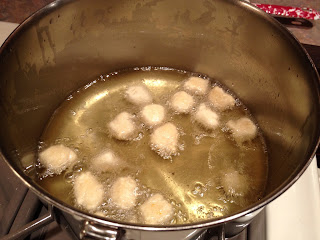 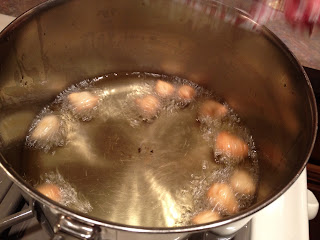 I should note that it's quite funny to cook using a recipe you posted.  "What is she talking about?" becomes a ridiculous question to ask aloud, but you can't help yourself.  As this was our second try and we're each 3 years older with much less patience, I've added a few notes to the original post to aid us in the next batch...probably in 2016 or so?

If you read nothing else, it is most important that you forget anything I ever said about using agave/brown rice syrup blah-blah-blah and just use Suzanne's Specialties' (same gal who brought you ricemellow) Just Like Honey, which is INCREDIBLE, and consists primarily of a mixture of brown rice, agave, and maple syrups. 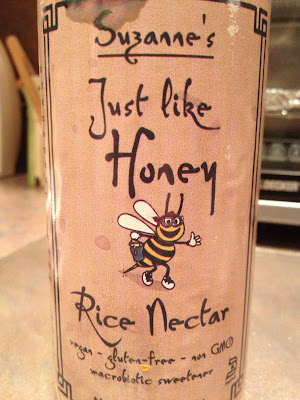 The only time I ever ate honey was on sticky balls, and Just Like Honey has now perfected our vegan struffoli. 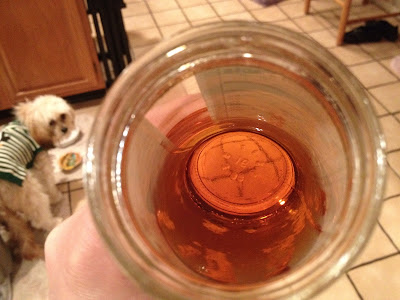 Don't forget the non-pareils either.  NON-PAREILS only; never sprinkles.
﻿
When we were about 85% done and I was asleep on my feet from the wine, I had the epiphany that we could have put the batter in a squeeze-bottle, squirted it abstractly into the oil, and had instant funnel cakes!  VM, her stovetop splattered with oil, with about 50 balls left to cook, was not amused.  Maybe next time?

Usually we just drizzle the Just Like Honey on the cooked balls, but in the midst of our cooking frenzy, a friend sent me a link to Mario Batali's (awfully messy) struffoli from The Chew, and I decided to try coating the balls via the same method: heating the "Just Like Honey," mixing in the struffoli, allowing to cool for a few minutes, and then arranging on a plate. 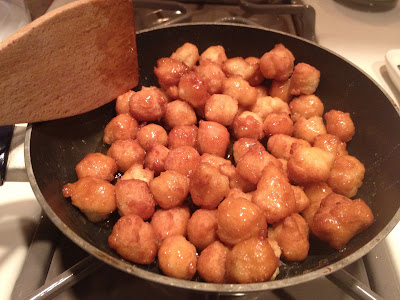 I found this to be an unnecessary step, as the drizzled, sticky balls tasted more authentic and also fared better after a day's storage in an airtight container at room temperature.  Note: the un-"honey"ed balls stored the same way got mushy.

So, while your best bet is to eat them all up right away, if you do have any leftovers you should try the drizzle and store technique.  You might have to add more Just Like Honey and non-pareils when serving, but it's your best option. 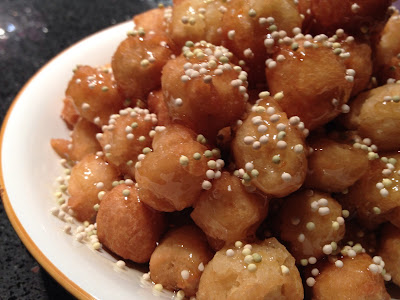 And that concludes VMNYBD 2013; I hope you enjoyed the journey as much as VM enjoyed (most- not the cooking) of her day!
Posted by Abby Bean at 7:50 AM