Don't you hate it when you go someplace good, but then when you take friends back it's not so good?

I really enjoyed my food at Horns last time, so I was excited to bring some friends back- especially in light of the recent taxidermy removal.

We arrived at about 8:30pm on a Saturday night.  The place was packed even though they close at 9:00. 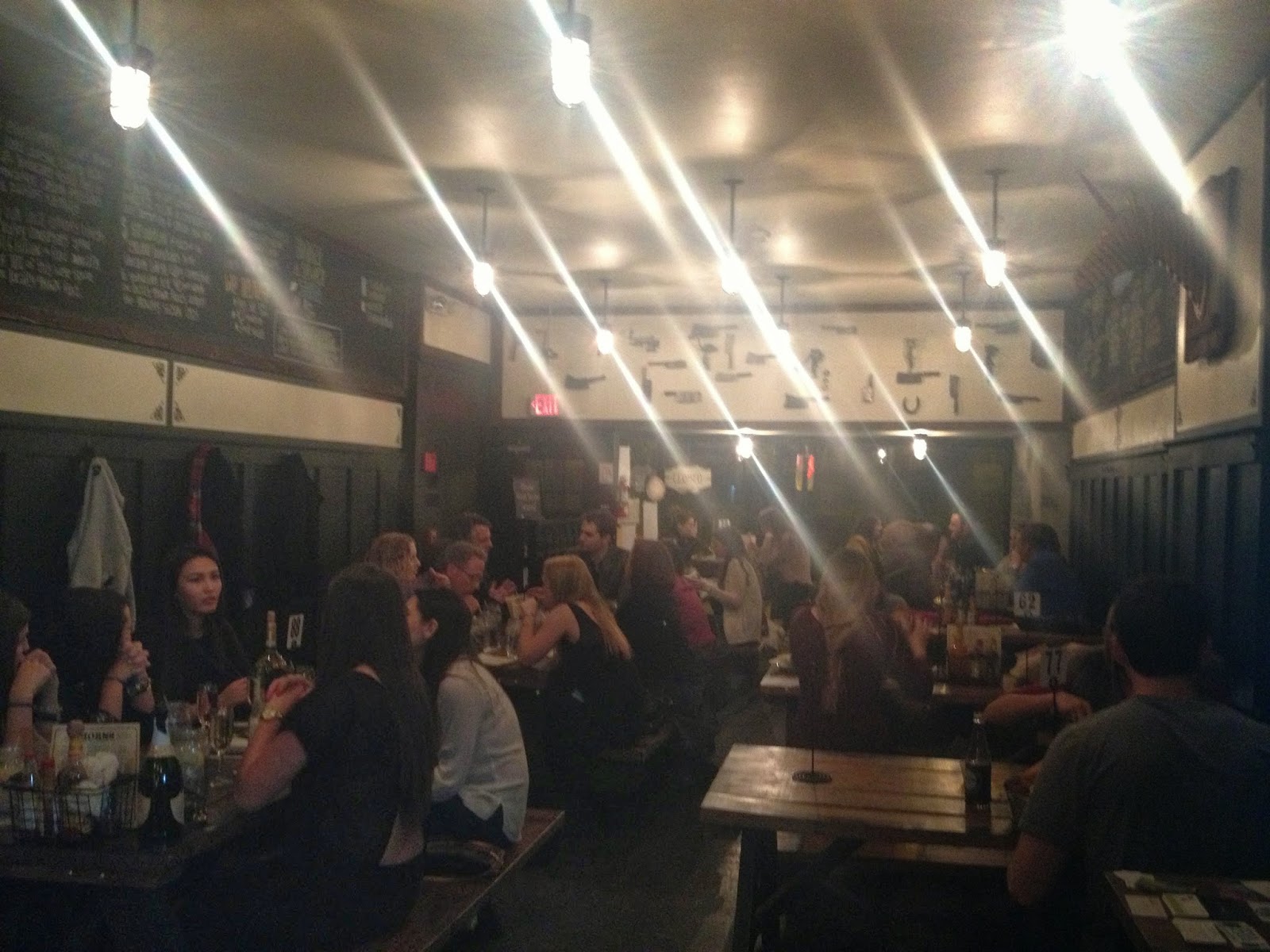 After some deliberation over the specials, we were all going to order the vegan burger.  I can only assume that it must be very popular because, unfortunately for us, they were sold out of them.  Hooray for vegan burgers, boo for hungry vegans.

I thought I might have the tofu dog instead and asked if they could tell me what brand of hot dog they offer or if it was made in-house.  I was apathetically informed that it was “made of tofu.”  Okay then. 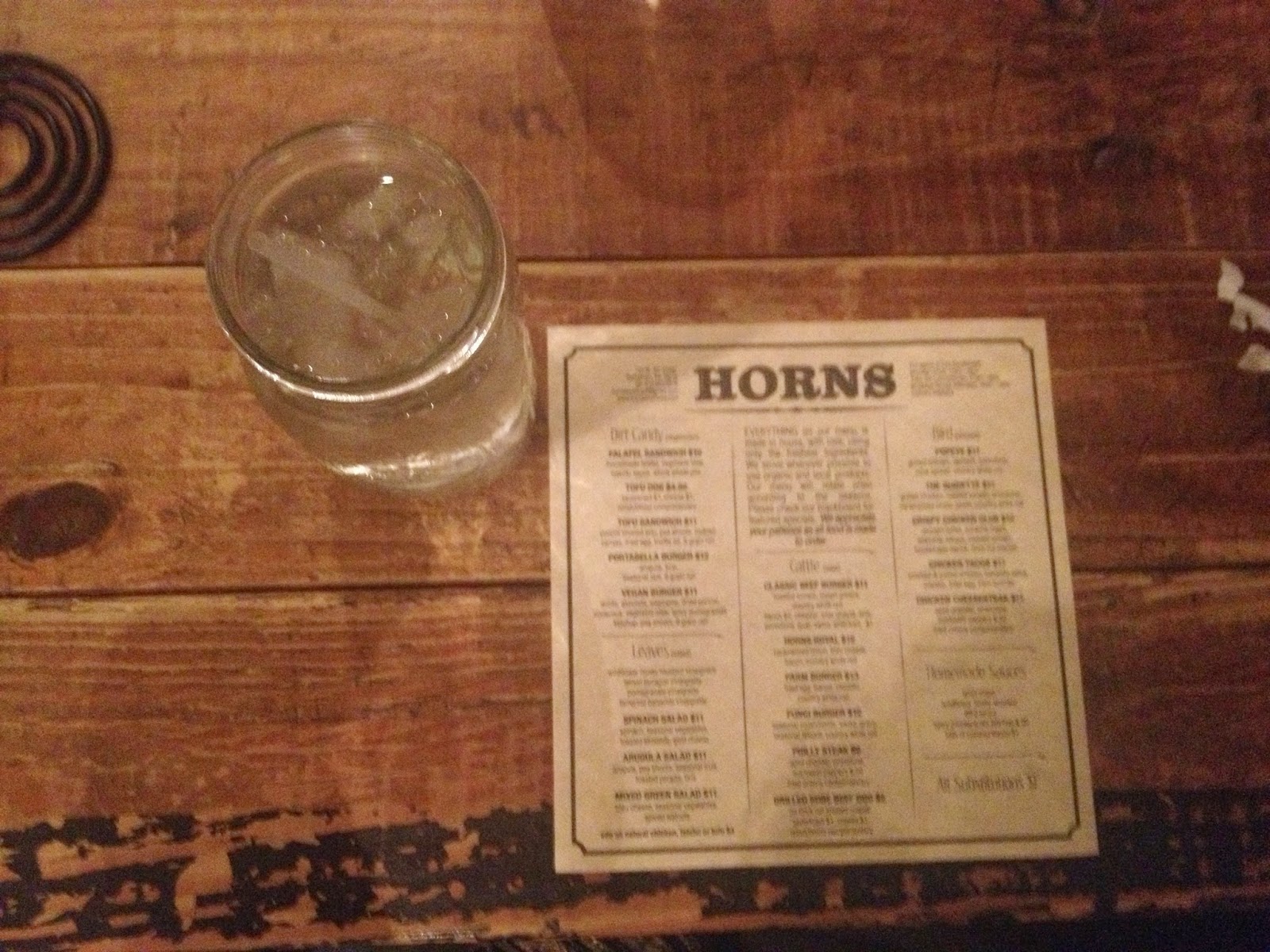 So, despite that ringing endorsement, I decided to go with the buffalo tempeh wrap: “buffalo style tempeh, shredded carrots, romaine lettuce, diced celery, pickled cauliflower, and a creamy vegan ranch.  Served in a whole wheat wrap,” as did a friend; I left the cauliflower off.  Another friend chose a different special: the spicy Thai wrap (made vegan by subbing seitan).

The atmosphere remained crowded and jovial, but at 9:20 one of the employees came to our table to ask if it was okay for her to remove our order number from the table stand.  I said it was fine, but inquired as to whether or not she was aware that we hadn’t received our food yet.  Even though she had been the person to take our order (and tips), she looked a bit startled by the news and scurried into the kitchen.  A few minutes later the two tempeh sandwiches arrived; I'd ordered the sandwich without cauliflower, but they neither knew or cared which was which.  A few minutes after that we received the final sammie delivered to the table- with no explanation.  I wasn't looking for an apology, but at least an "oops" would have been nice.
The fact that I was feeling generally affronted by that point didn't help matters, but my first impression was that- particularly compared to their vegan burger and vegan sloppy joe, this sandwich did not look like a $13 sandwich.

Guess what?  It didn’t taste like one either.  Only an adequate amount of crumbled tempeh with veggies in a “buffalo” sauce that tasted predominantly of extremely mild hot-sauce: this sammie in no way warranted the same pricetag as a the vegan burger.   Furthermore, when you consider that any sammie from Sprig and Vine or The Cinnamon Snail is LESS than $13, it was borderline insulting.

Don’t get me wrong: I’m under that assumption that their vegan burger is housemade; coupled with what I think is housemade ketchup, fresh fixins, and a gloriously puffy bun, I have no problem paying $13.  But one or two phenomenal housemade sammies doesn’t grant license to price every sub-par sammie the same- particularly when it’s served with an unremarkable pickle and a heaping side of apathy. 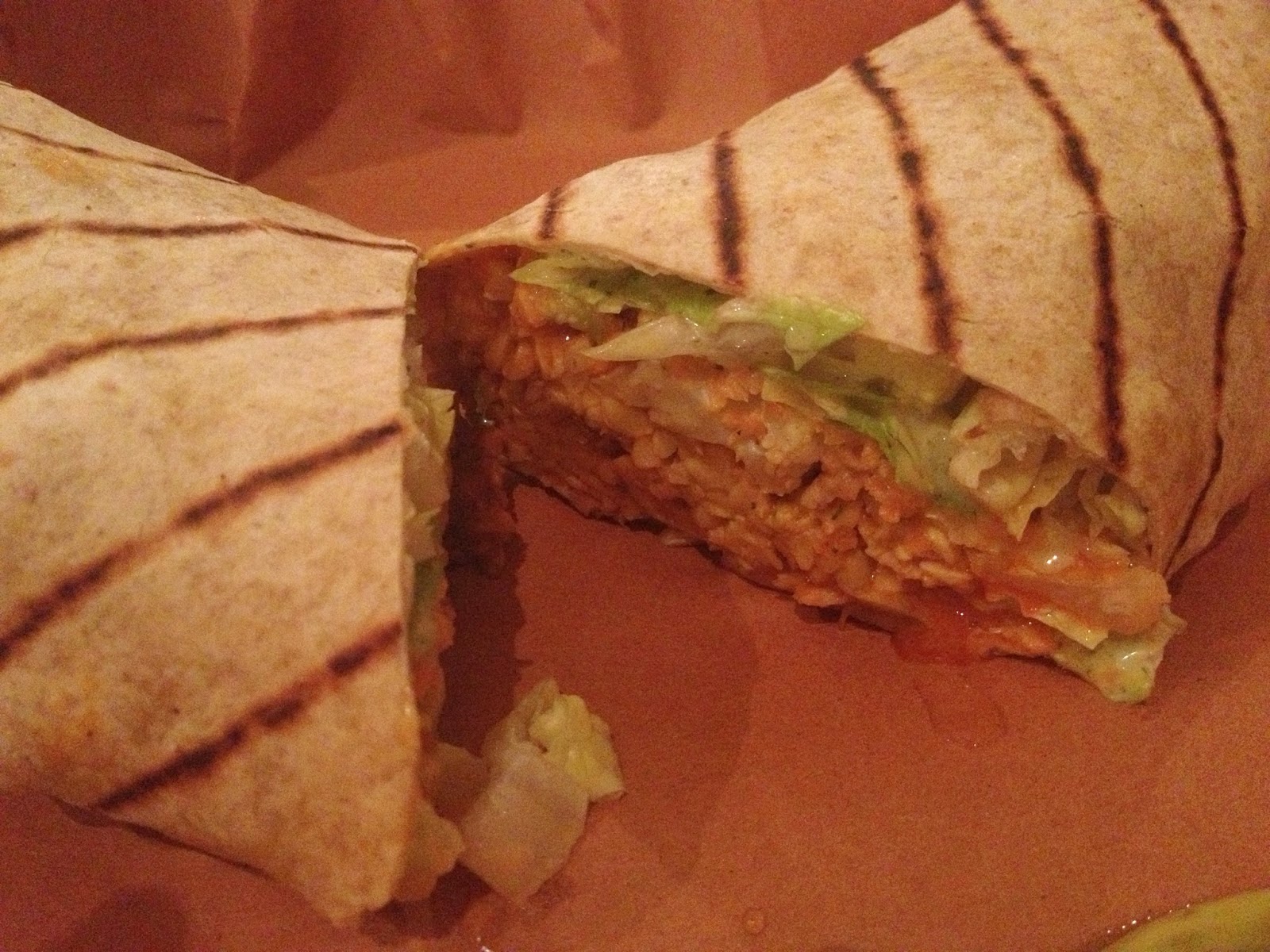 To make matters worse, when my friend went up to get silverware and inquired because there were no forks, no one answered him.  Instead, one employee simply said to the other, “We put out all we had; there is only plastic,” yet didn’t offer him the plastic.  And that was that.  We were over the whole experience by that point, so we just wielded our knives like spears and makeshift shovels so we could eat and get the heck outta there asap.

This was not the experience I'd imagined when trying to wow my friends with Horns and I hope it won’t be the same again any time in the future. 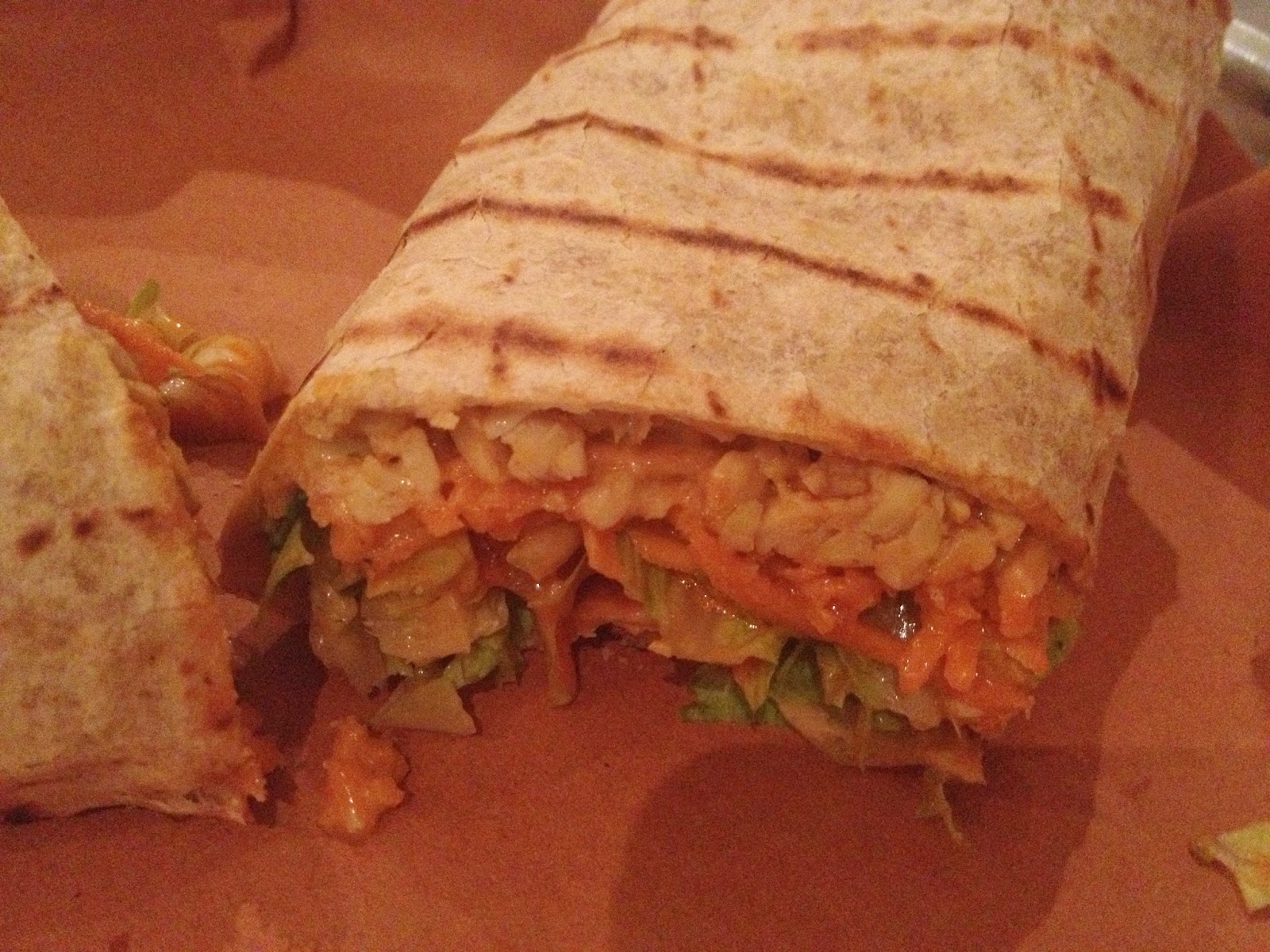 It will take me some time to give it another try.
Posted by Abby Bean at 6:37 PM