When the nice people at Good Belly contacted me to see if I'd take their 12-day challenge, it was a sign; I was in the throes of a weekslong, unhealthy eating binge.  Unfortunately, just when I was about to begin the challenge, I was hit with a 24-hour stomach flu that left me feeling nauseated every time I ate most things- for weeks after.  When a friend asked me why I hadn't done the challenge yet and I was recounting my tummy woes, I realized there was actually no better time to begin. 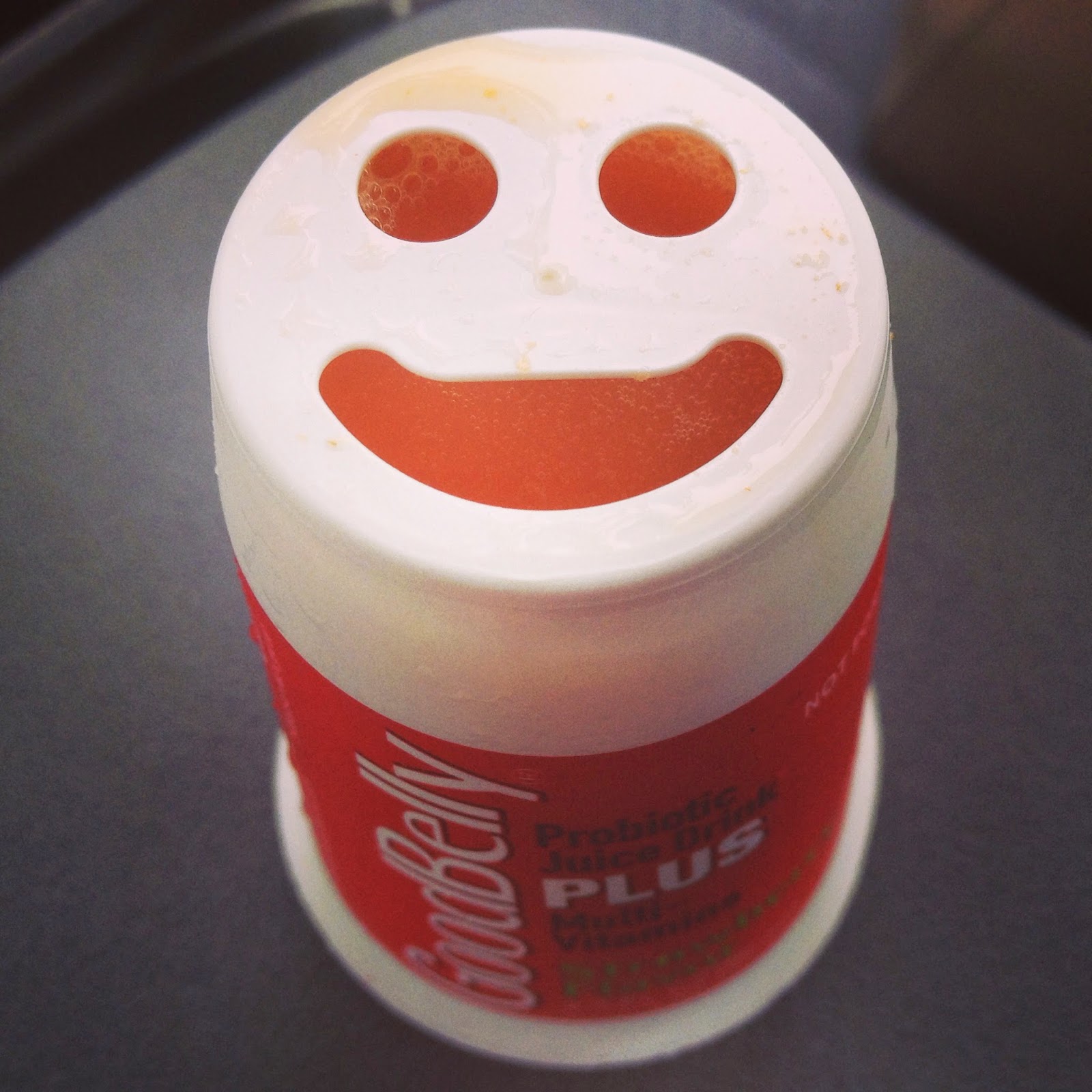 After being reflexively told by the third Wegman's (after 2 Whole Foods) I tried that they didn't carry it without even checking, I decided to find it on my own; it was in the refrigerated aisle of their "Nature" section.  They only had the four-packs (it also comes in quarts) and I decided I should try each flavor in order to offer the fairest review.  I chose mango, blueberry, and two strawberries- based solely on the fact that I assumed the low stock meant that it was the most popular flavor. 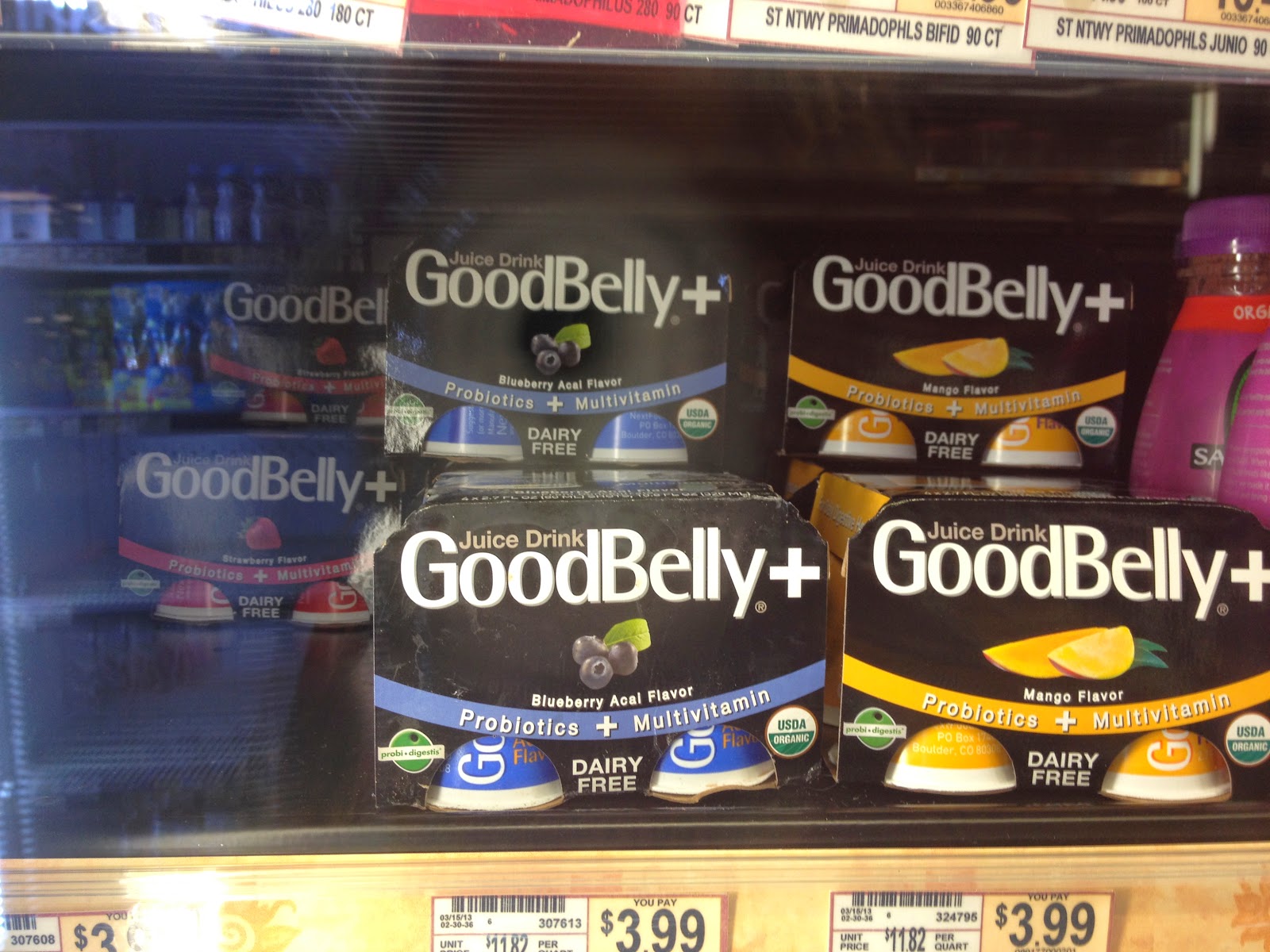 I think the cashier suspected the worst. 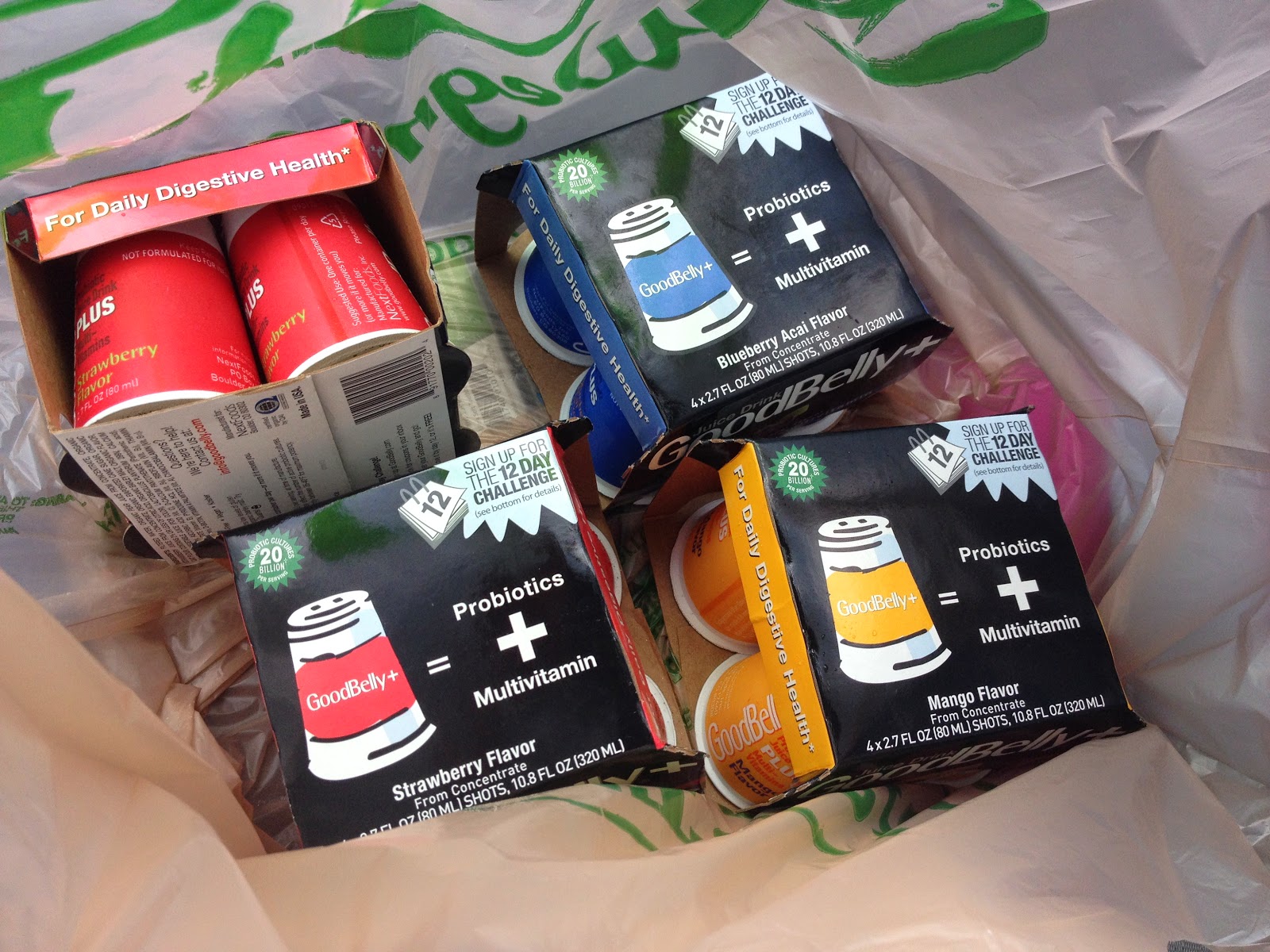 I opened the first one right there in the car and the humor I found in the adorable smiley-face cutout was slightly off-set by what I perceived to be the faint scent of vitamins. 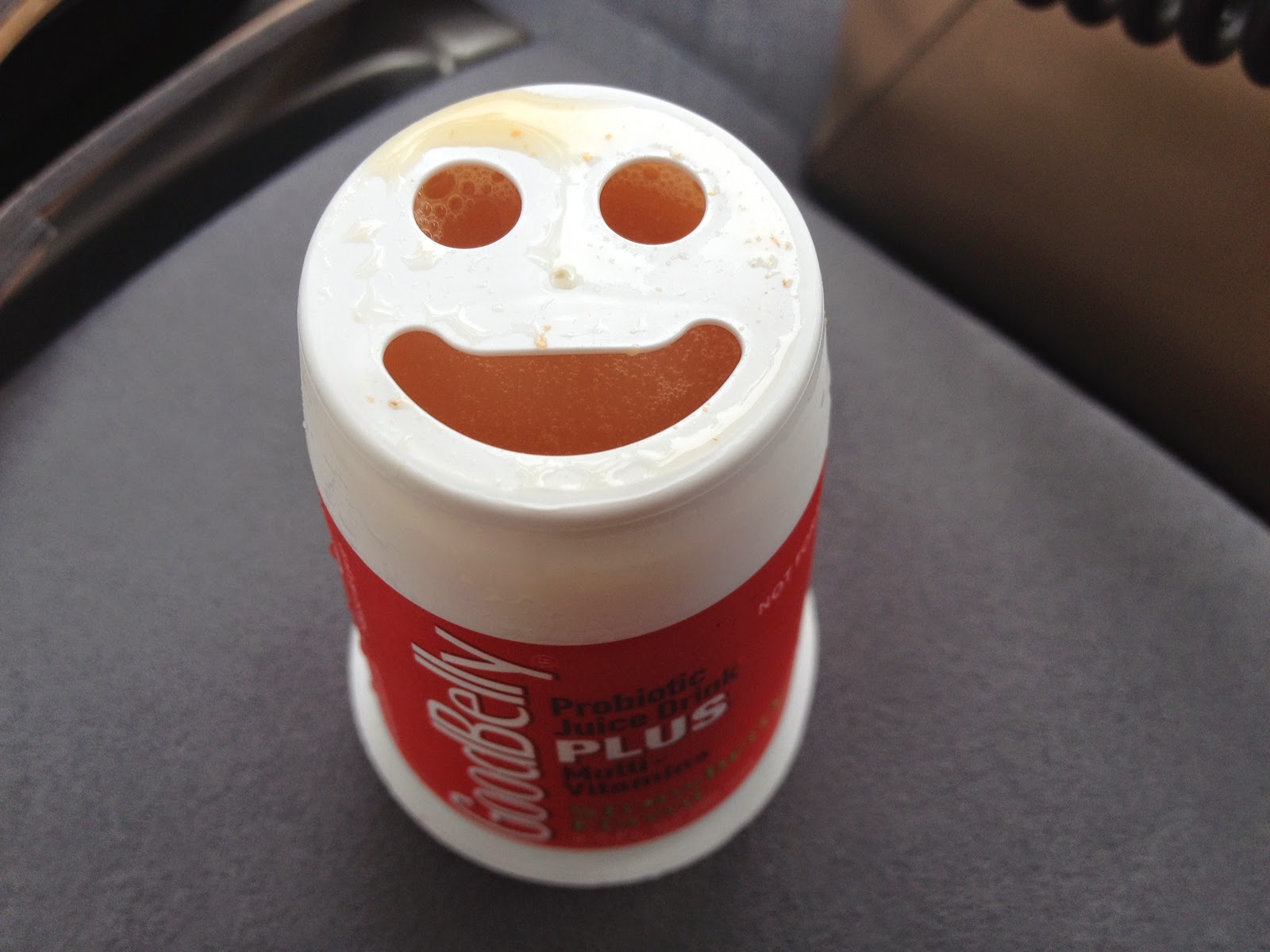 I held my breath and peered in: the color was really appealing and the strawberry bits didn't hurt either; I took a tentative sip and was pleasantly surprised by a really refreshing and natural tasting strawberry juice. 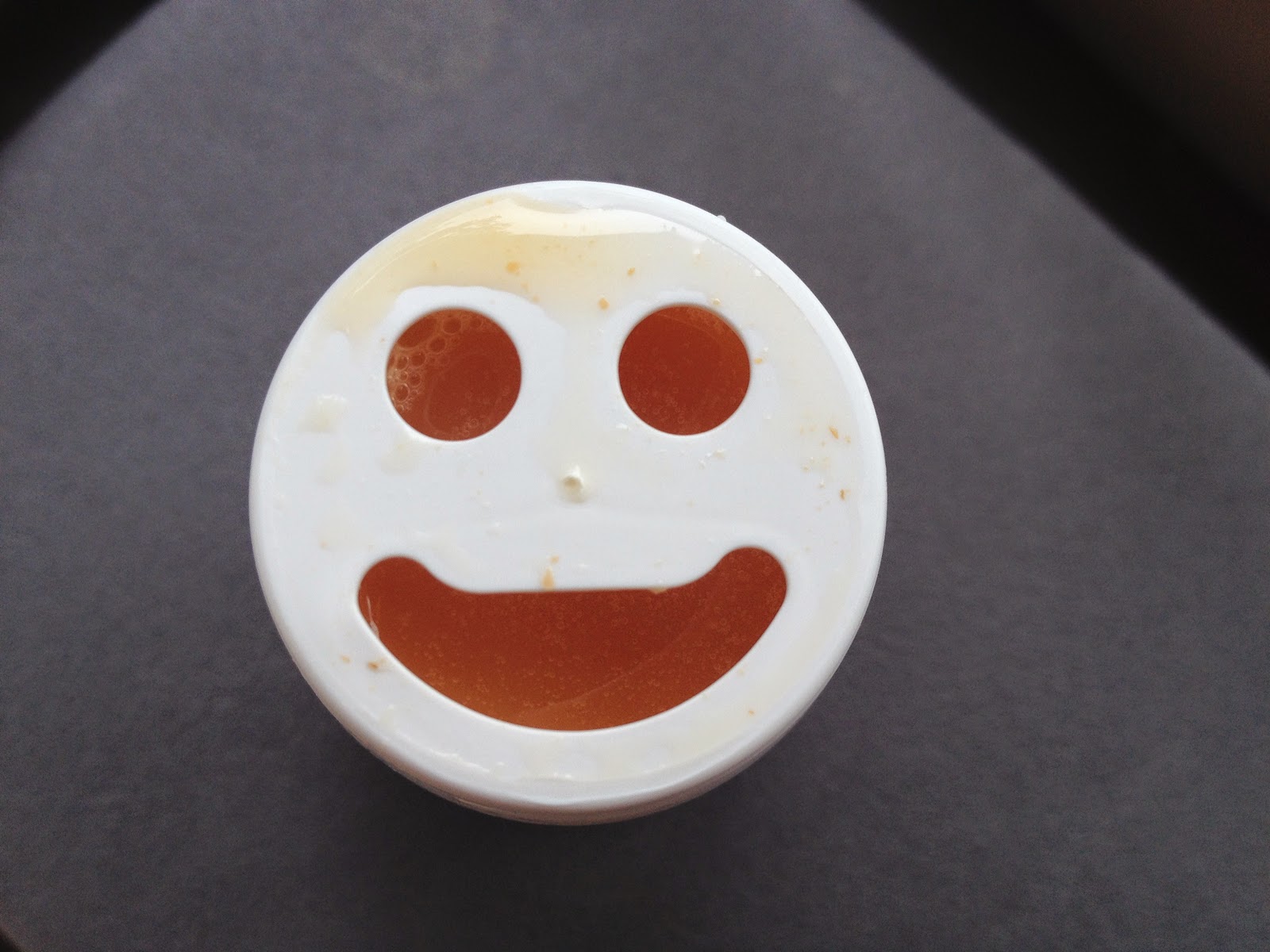 I did catch a waft of the vitamin smell again at the end, but it was wholly incongruent withe the taste of the beverage so it didn't bother me.  That evening I noticed that I hadn't had a stomacheache all day, but had no way of knowing if it was a coincidence or not.

Next I decided to try the blueberry, which I had not realized was blueberry acai. When I peeled off the top I caught the same whiff of vitamins, but I confidently took a sip and found no trace of a vitamin taste whatsoever.  I'm not familiar with the flavor of acai, but this was very pleasant- kind of a berry/blueberry with a color that was more pink than purple. 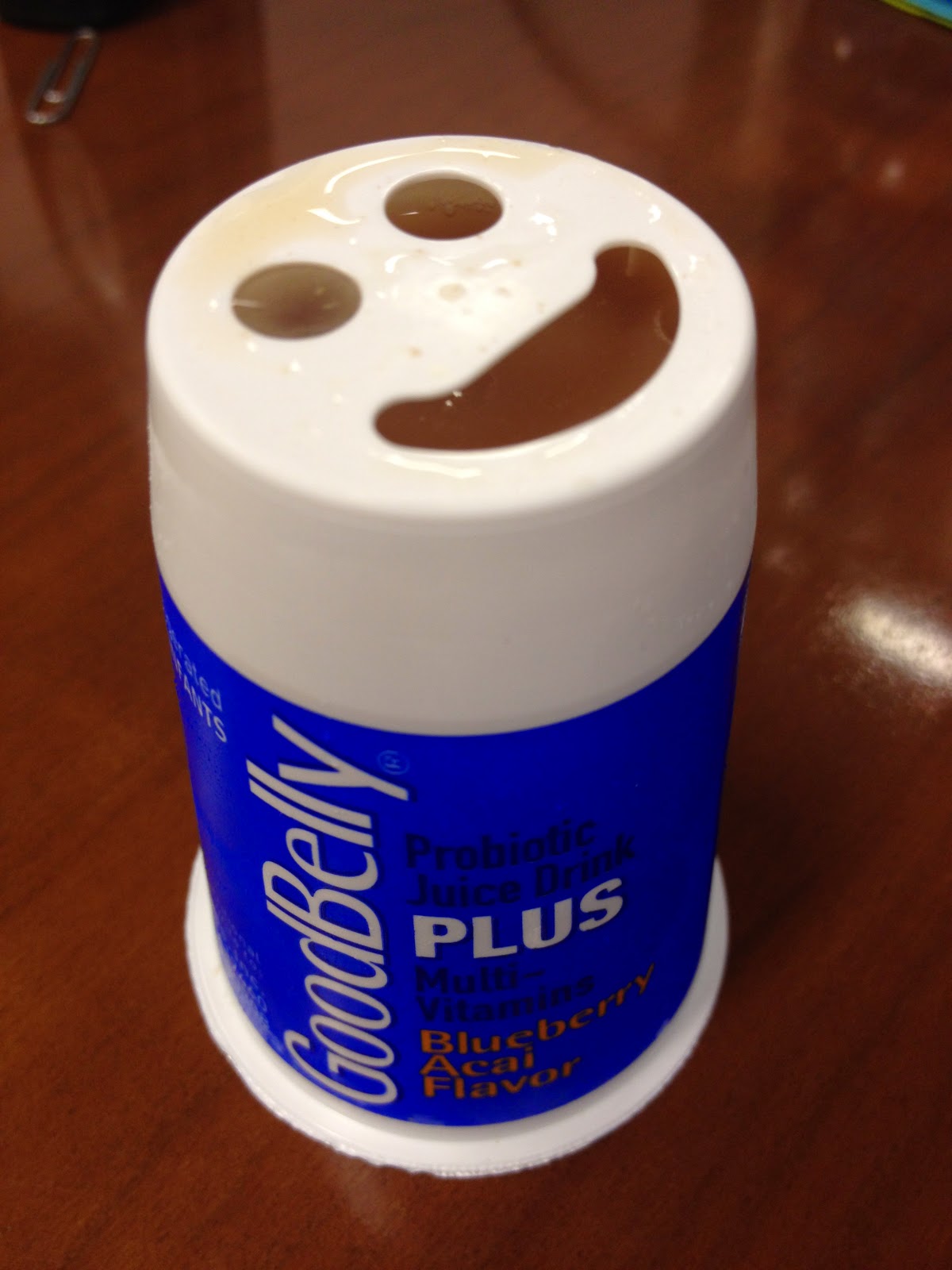 Also noticed the bottom of the cup for the first time: 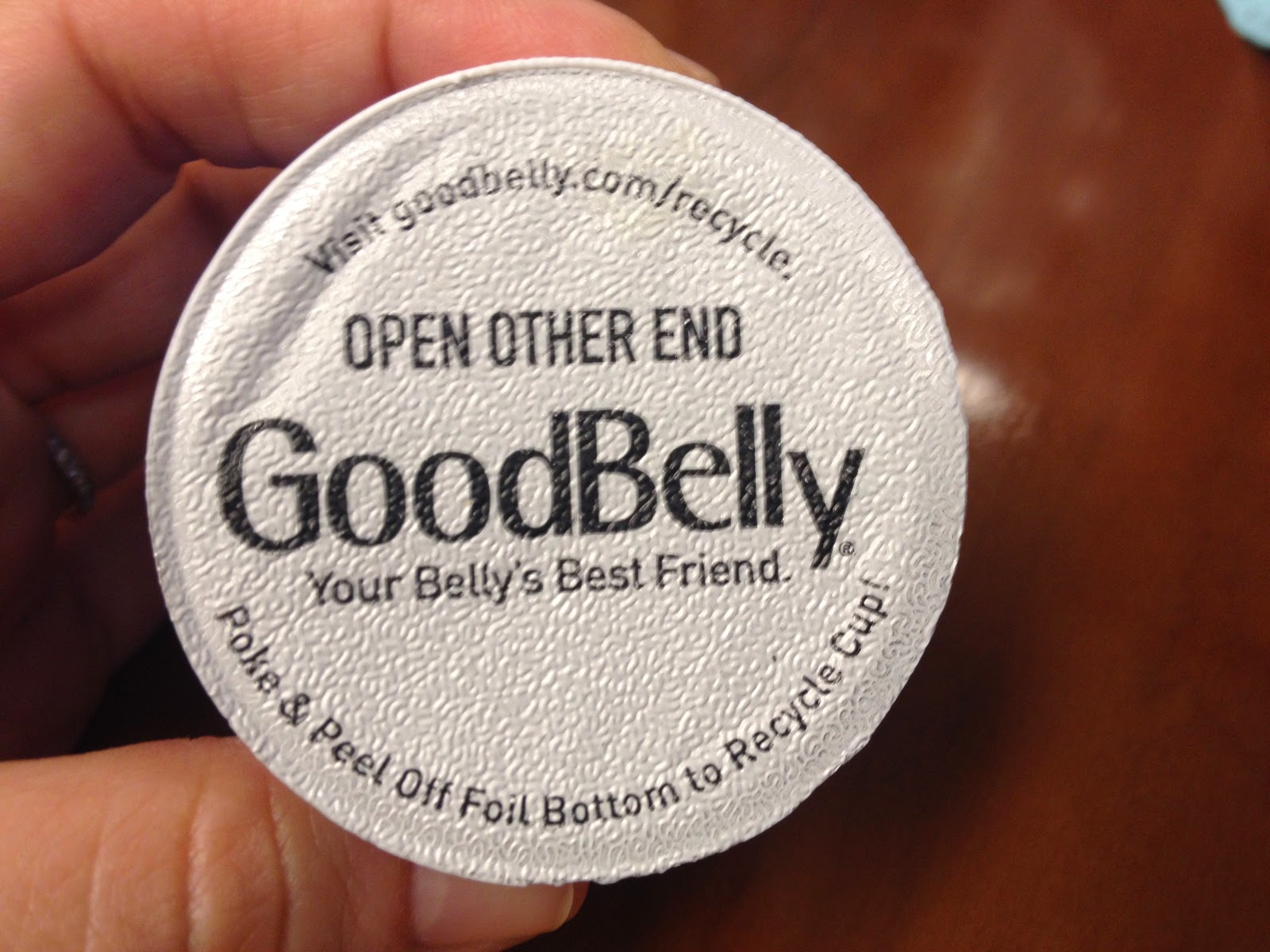 Unless it's accompanying Thai coconut sticky rice I'm not much of a mango fan, but on day 3 I decided it was now or never.  The vitamin smell was more pungent with this flavor, and after my first sip there was a corresponding aftertaste that I did not think I could get past, but I did.  By the fourth sip I didn't notice it anymore, so maybe it was just my predilection for berry flavors that made me prejudiced.  While I wouldn't choose mango Good Belly over the others, I wouldn't necessarily turn it down. 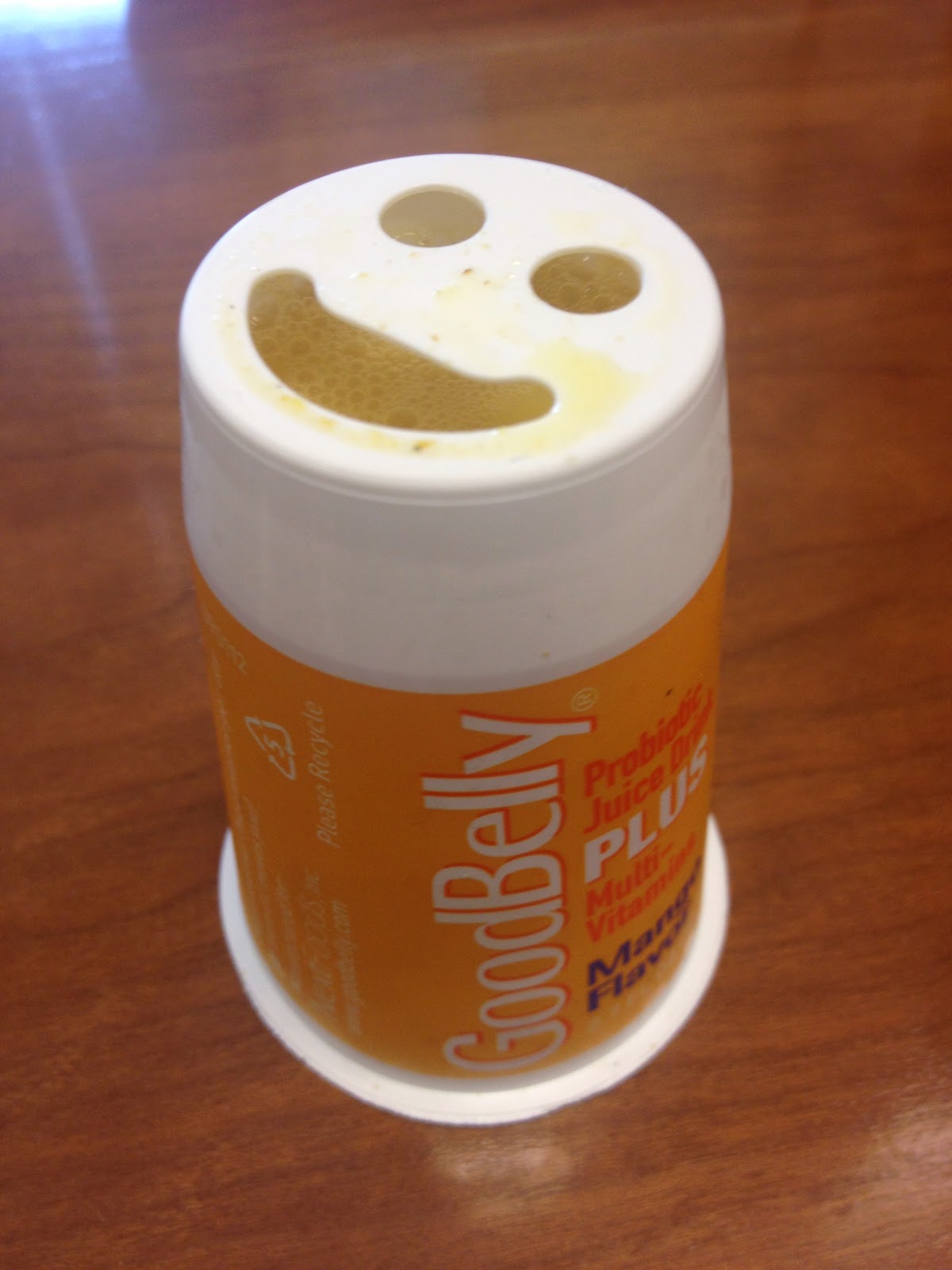 When I was about a week in, a friend asked how I was doing with the challenge.  I told her that the product tasted great (it had already become a refreshing, afternoon treat), but that I was disappointed that there seemed not to be a challenge community of any kind fostered by the company.  Then I realized that, as a reviewer I hadn't "signed up" for the challenge, which is how you receive your coupons and see that "your questions are answered."  I decided to do so and received my first email within the hour.

The format was cute, but the information was a little vague.  For instance, "Every shot or glass has the digestive helpers your body needs," doesn't necessarily answer the question, "What is Good Belly?" Despite not providing any definitive information about what probiotics were or why I needed them, I learned when to drink, how much to drink, how to get coupons, and where to buy.  What I was still missing, though, was what I should be expecting as a result and any information on the "challenge." 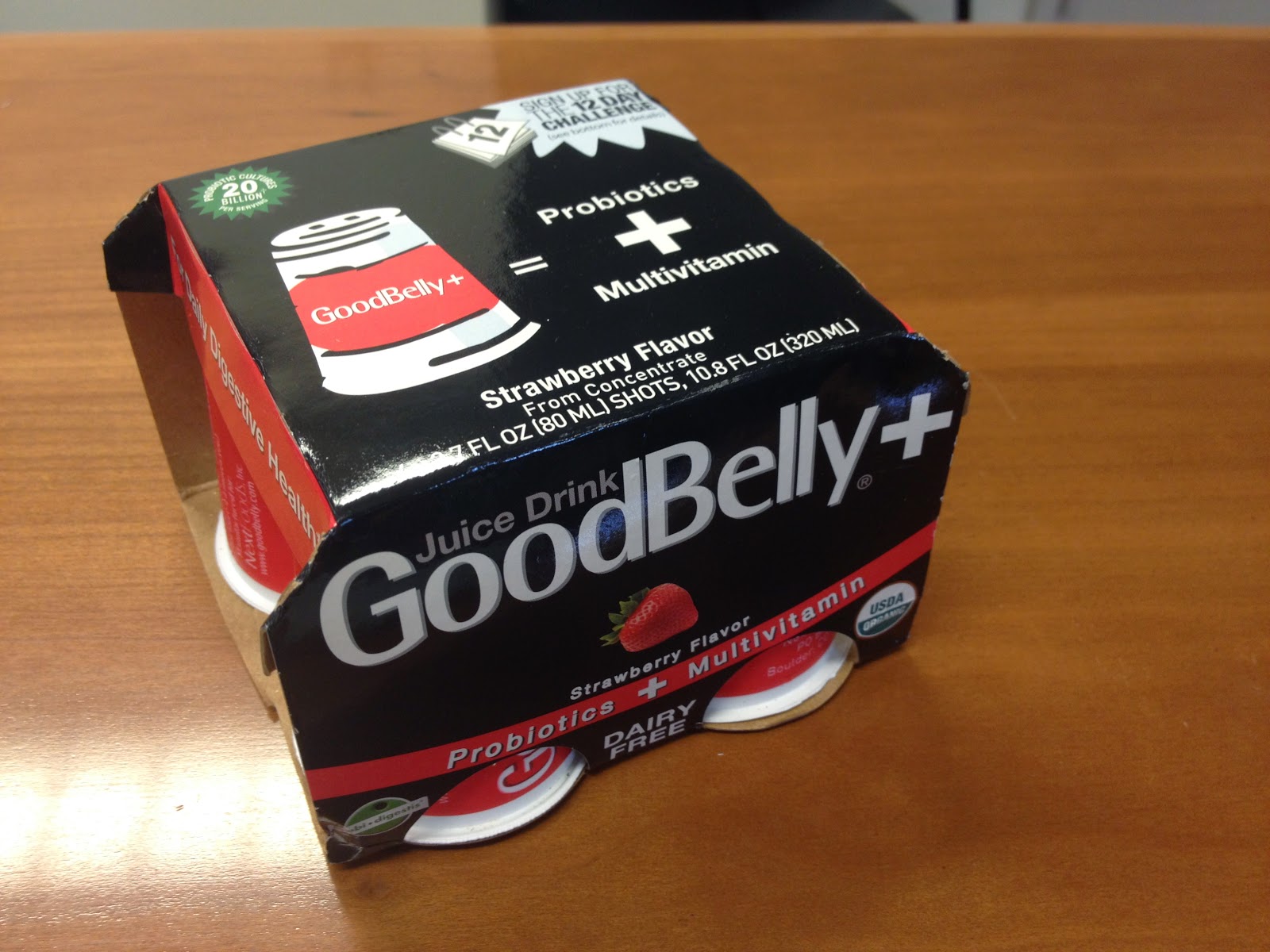 So, I sent an email, "...how do I know if it's working? Should I be doing anything else to improve results?"  I received an response only a couple of hours later,


"In terms of what to expect, everyone's GoodBelly experience is a little different since we're all unique. That being said, I do get a lot of anecdotal feedback from fans who report positive changes in gas, regularity, bloating, and even increased energy levels and clearer complexions. It really runs the gamut! I encourage you to complete the challenge and see what changes you notice :)"

While I appreciated the candor and enthusiasm, I was really beginning to wonder if the company cared that the average consumer didn't know what Good Belly- and probiotics in general, even was.  [UPDATE: thanks to commenter kitwocky, I took another look and, sure enough, I'd inexplicably missed the tab of info.) 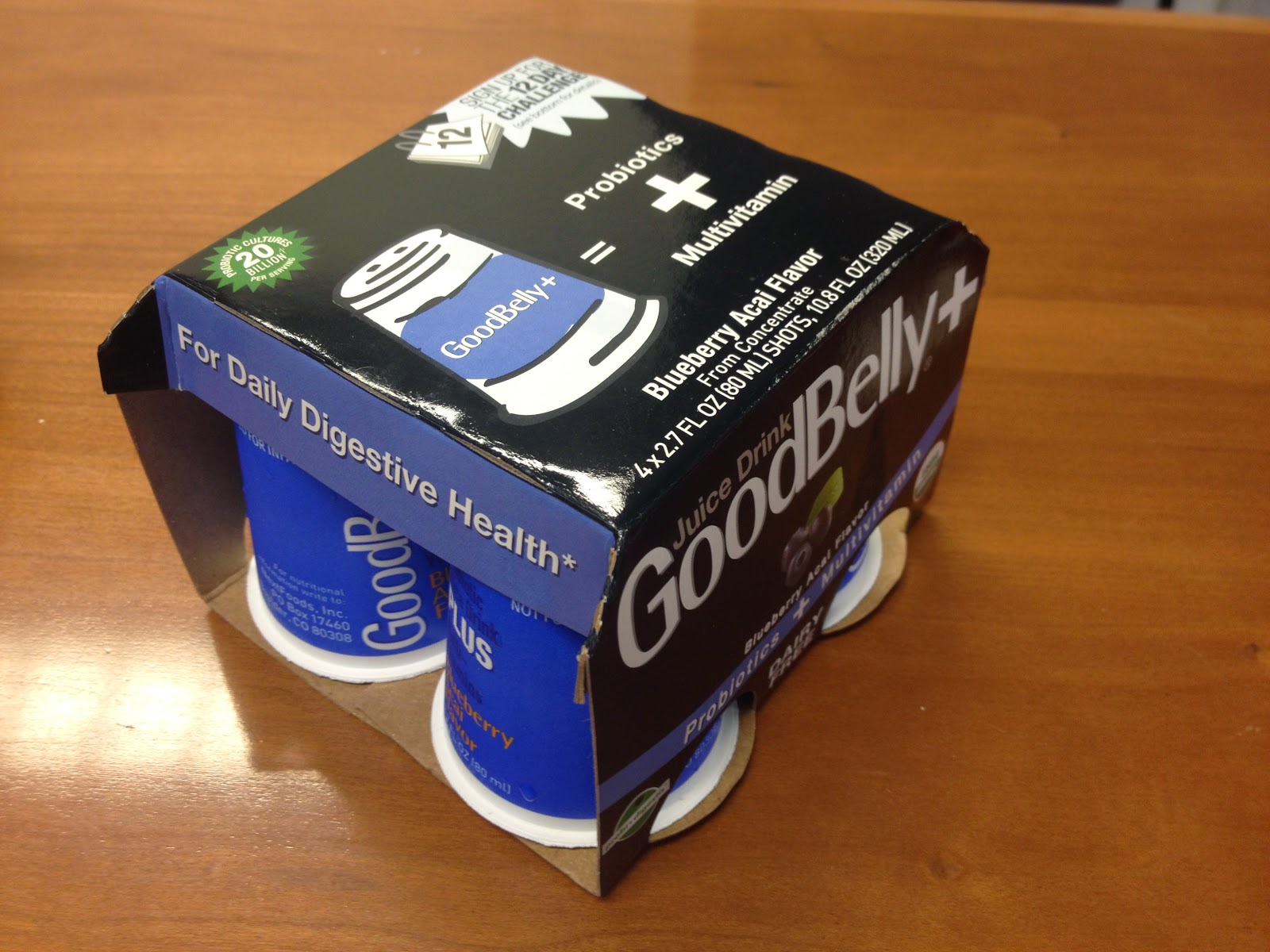 The next day I received an email that contained information about 3 giveaways and 2 recipes: both vegan, although not labeled as such (Good Belly packaging is labeled vegan).  After that I received an email telling me to feel free to ask any questions.  A few days later one suggested that I put my Good Belly in a smoothie that included two vegan recipes.  Finally, after 12 days since I'd signed up, I received another cute e-newsletter encouraging me to keep in touch and offering another coupon.

Overall, an appropriate amount of contact, but a questionable amount of information [UPDATE: info can be found on the website, not necessarily on the packaging or in the e-newsletters] and no discernible "challenge."  It's not very hard to add the consumption of 2.7 ounces of juice to your day and there were no other suggestions regarding what the rest of your diet should contain- even for at least those 12 days.  For the first few days I tried eating all whole foods.  About halfway through I added in some sweets for testing purposes and noticed no difference.  What I can tell you, is that my post-stomach flu tummy woes disappeared.  Again, I can't scientifically confirm or deny Good Belly's influence, but that's what happened, so I wouldn't hesitate to reach for Good Belly if I found myself in the same situation again. 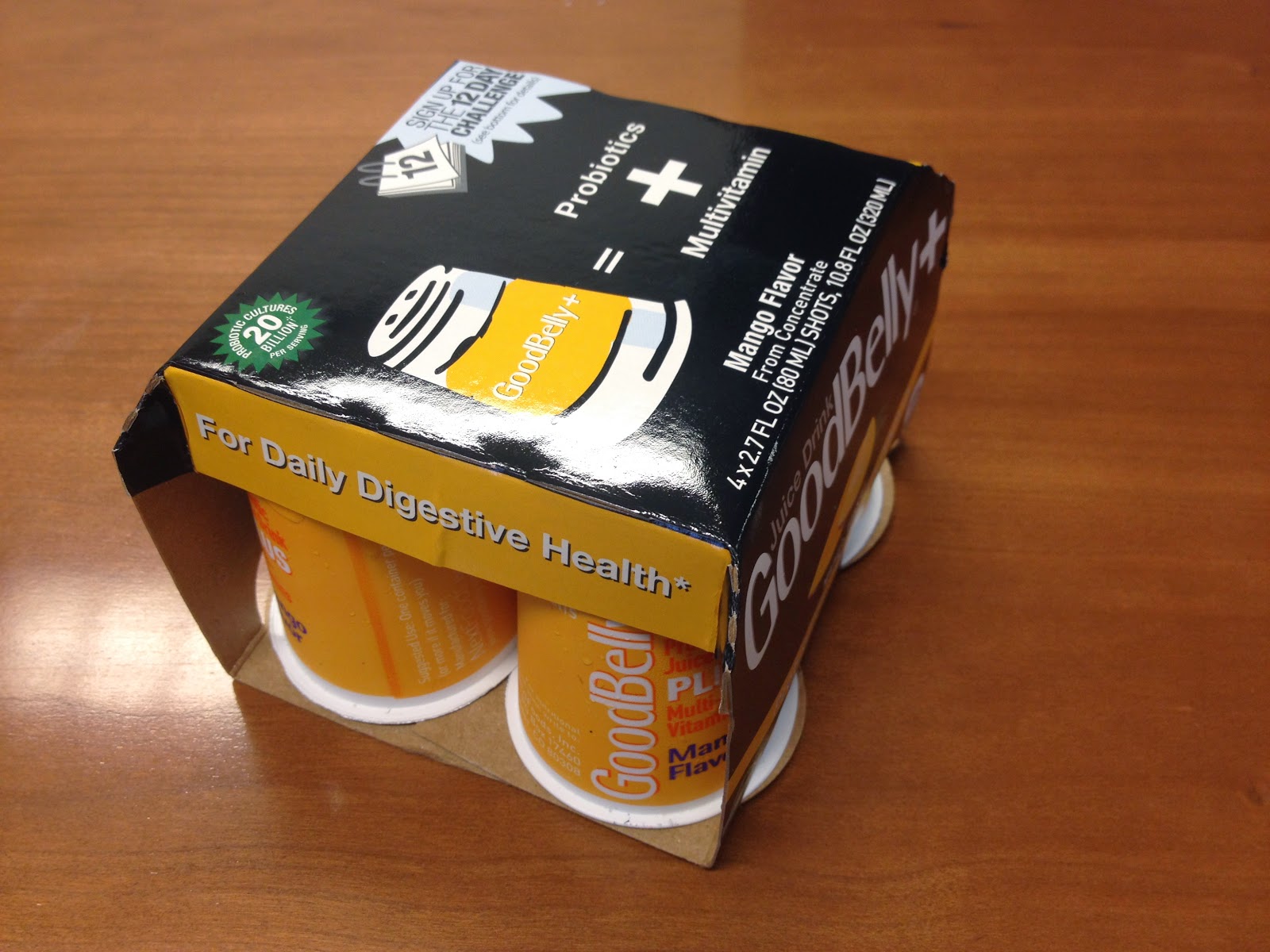 But Good Belly doesn't seem to be marketed to people who are experiencing stomach issues; "for daily digestive health" seems to suggest that it's something everyone needs on the regular.  Is that true?  Are there enough people that believe that?  Or, that will see the admittedly cute smiley face container on social media and blindly give it a go?  I already knew what probiotics were because, as an unhealthy vegetarian in my teens, my doctor prescribed them to prevent oral candida.  What is the draw to the average person who may or may not have heard of probiotics before?  Is it just the lure of the "challenge" and the possibility that there is a quick fix to general "digestive woes?"

There's a "love it or it's free" guarantee, but besides the taste, I'm still left wondering what it is that I'm supposed to be loving.  Still so many unanswered questions- such as, if I hadn't already been experiencing stomachaches, how would I have gauged my digestive health as a result? 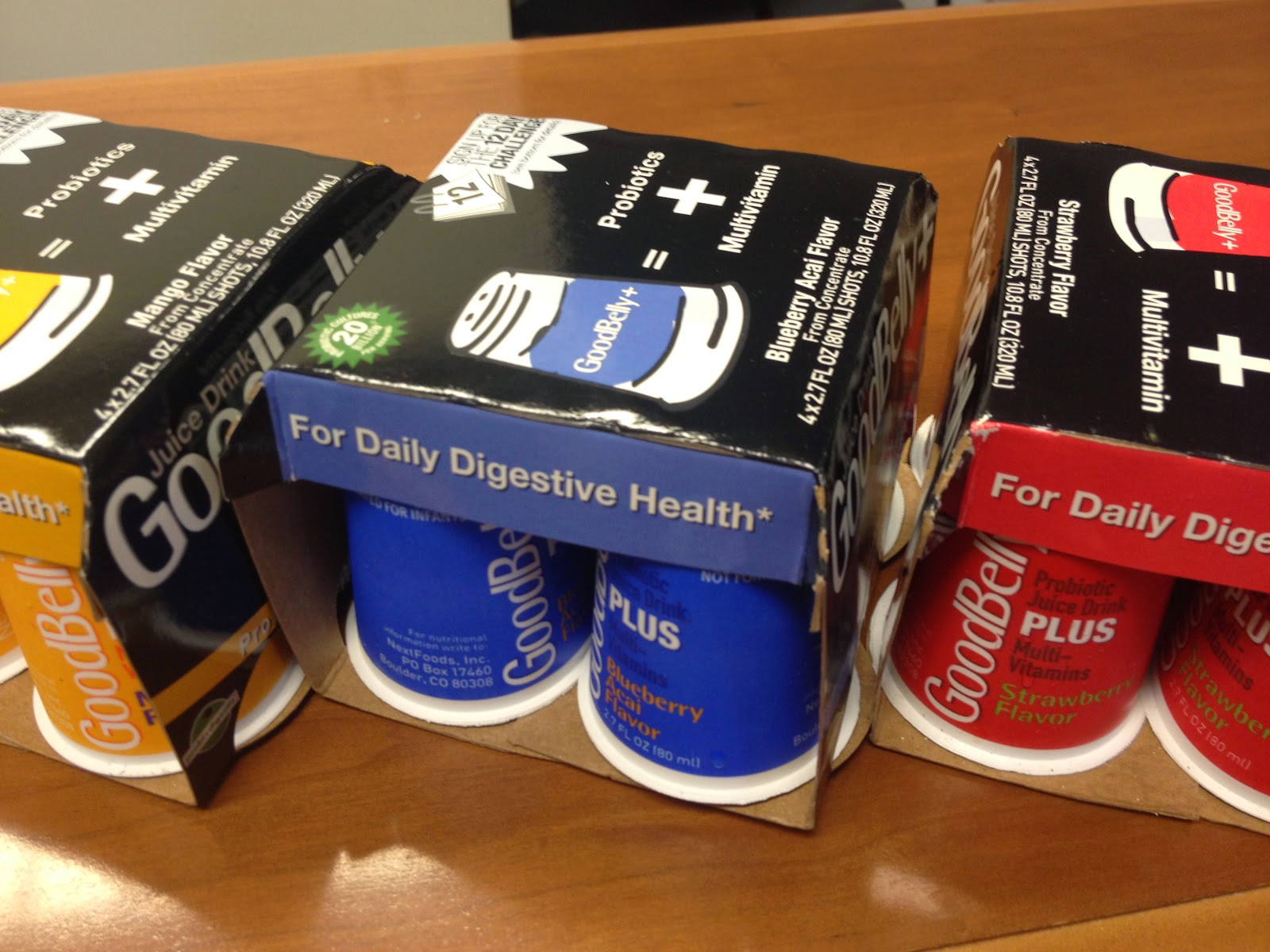 I love that this product is organic, dairy-free, and vegan.  I really appreciate that it worked for me and would recommend it as an option under the same circumstances.
Posted by Abby Bean at 9:03 AM