It shouldn't be news that the vegan ice cream shop on E Sixth Street between Avenues A & B- what I refer to as The Best Ice Cream Shop in the Universe (#TBICSITU), is someplace I visit on the regular.  And now I have a new reason to do so. 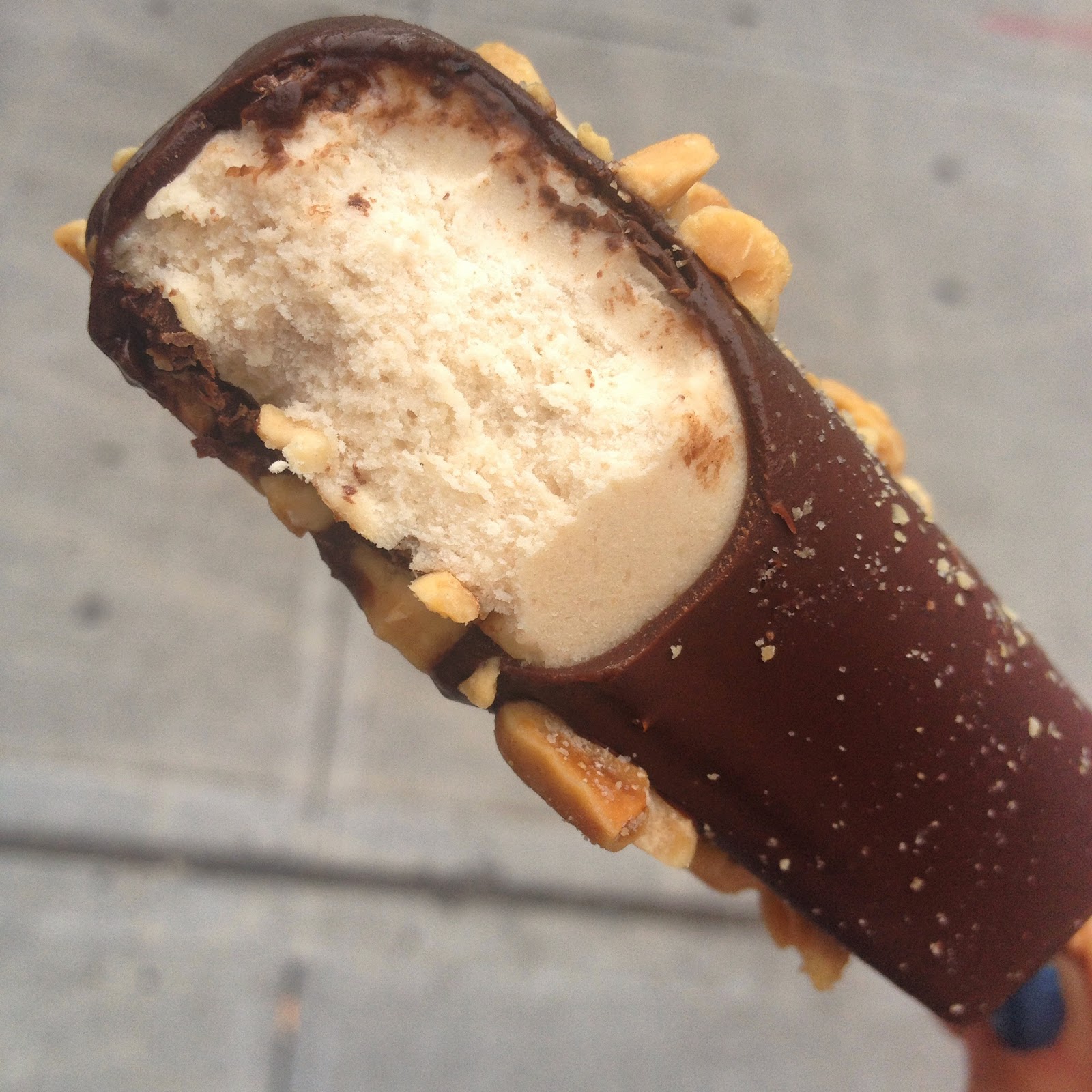 But, before I get to the glorious confection above, here's a quick recap in case you're new here.  What better place to start than with one of my favorites: a sundae.  This one was toasted coconut and peanut butter fudge ice creams with hot fudge, graham crackers, whipped cream, sprinkles, and a cherry.  It's kind of my thing.  And, of course: all vegan, all the time. 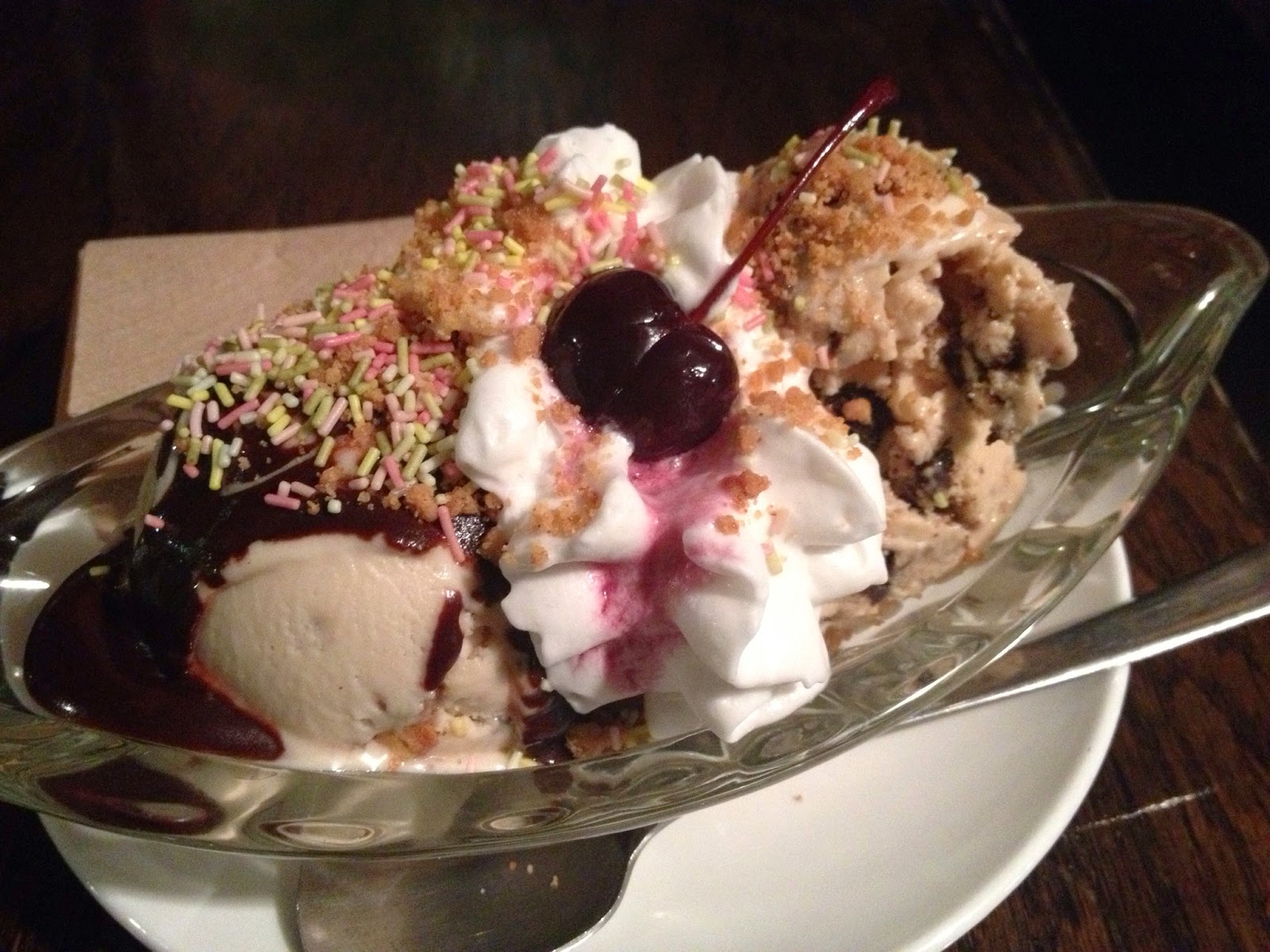 At TBICSITU you can have cups, cones, sundaes, brownie sundaes, shakes, flurries, floats- the possibilities are seemingly endless.   And then, one day, this popped up.  A novelty freezer!  A freezer just for novelties!  A WHOLE NEW WORLD OF ICE CREAM POSSIBILITIES WERE PENDING!  It was empty on this day, but I knew it wouldn't be for long. 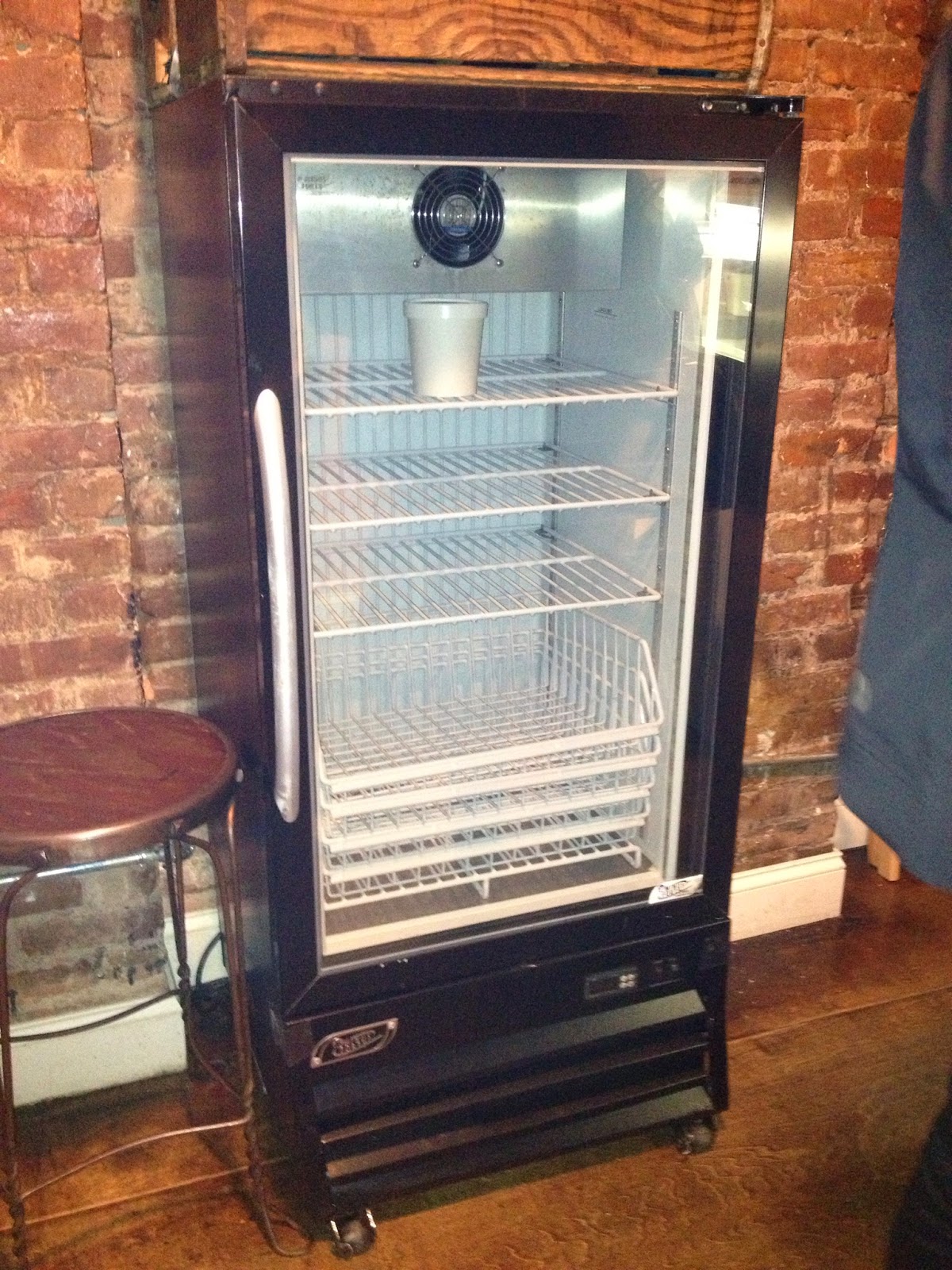 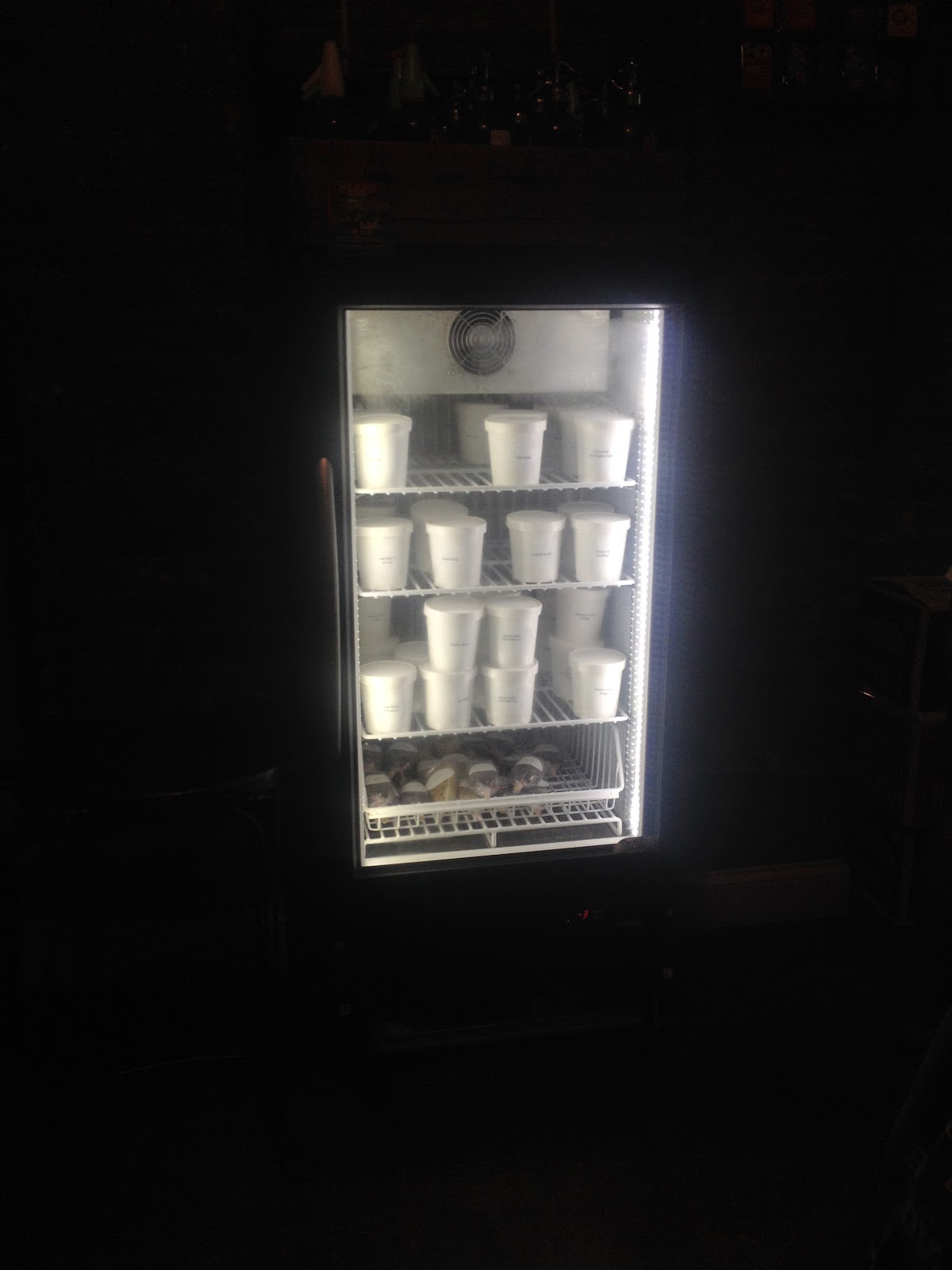 You'll notice that it is mostly filled with hand-packed pints, which is great news since- in the case of an ice cream emergency (been there), you can just run in and grab one or twenty without waiting for them to be packed while you wait. 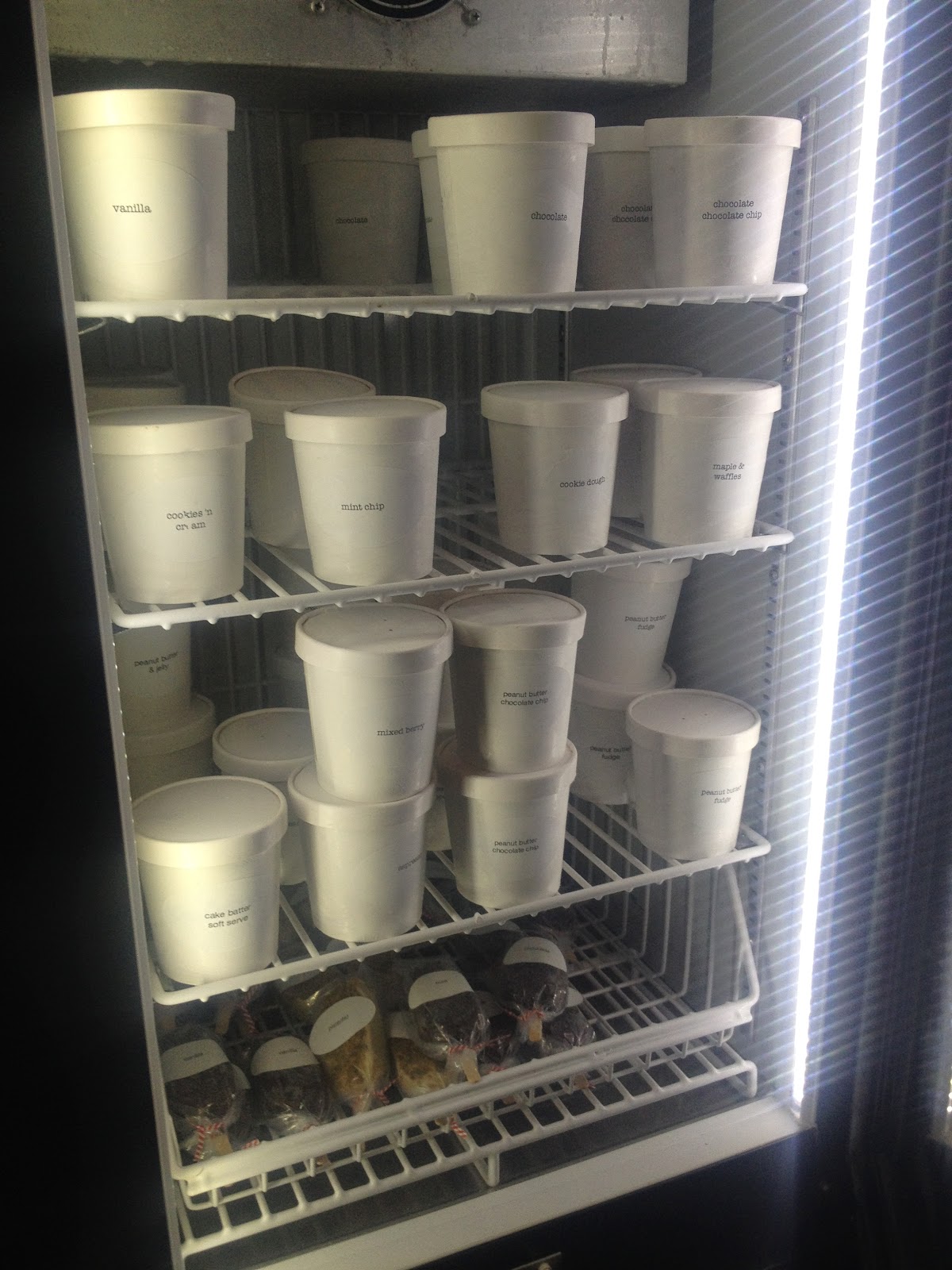 But, if you look closer, you'll see the glorious pops referenced above: all adorably packaged and waiting for their forever home (in your belly). 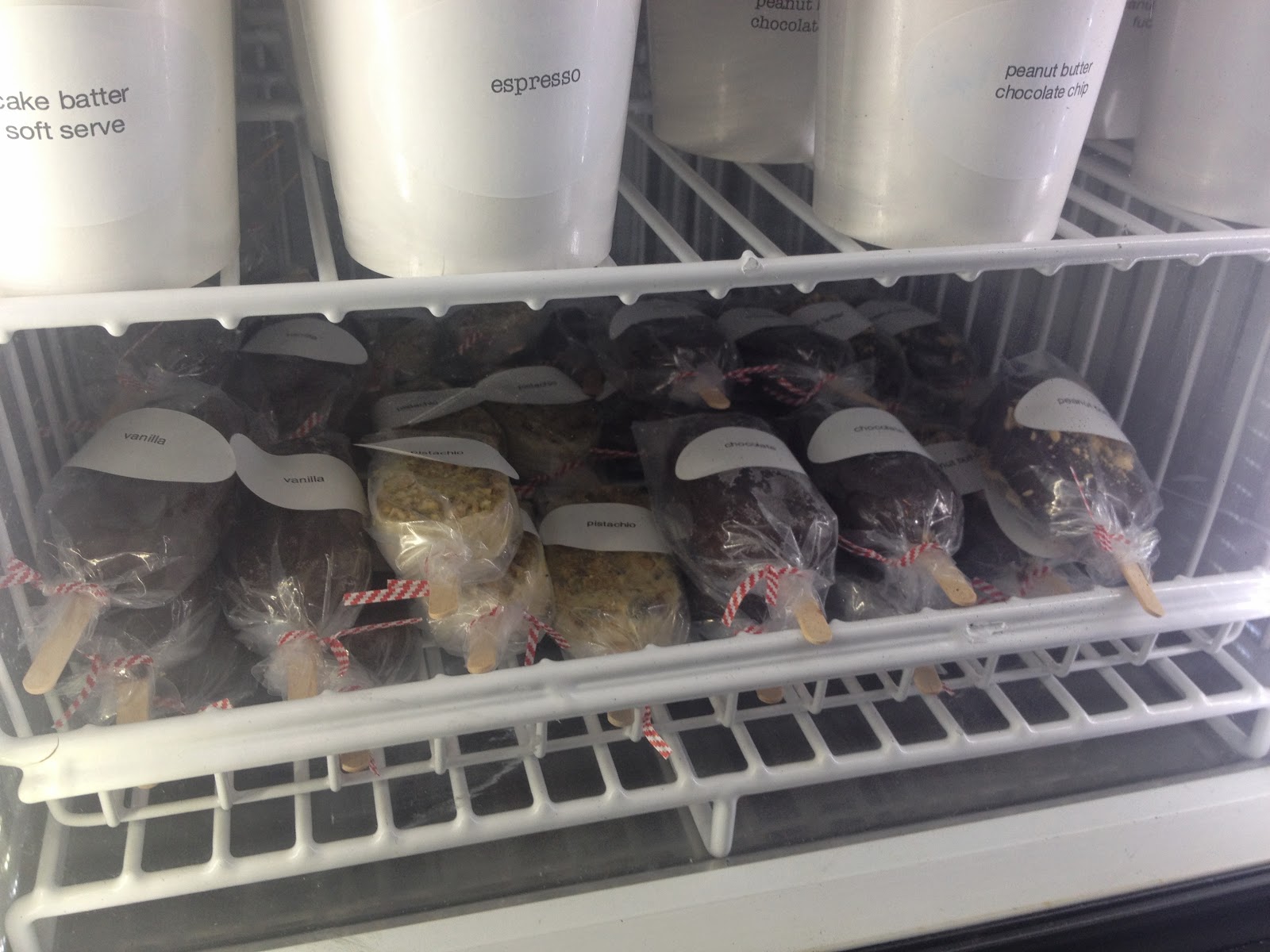 YOU GUYS, I had just eaten a pretty enormous lunch including dessert, but I still couldn't resist. 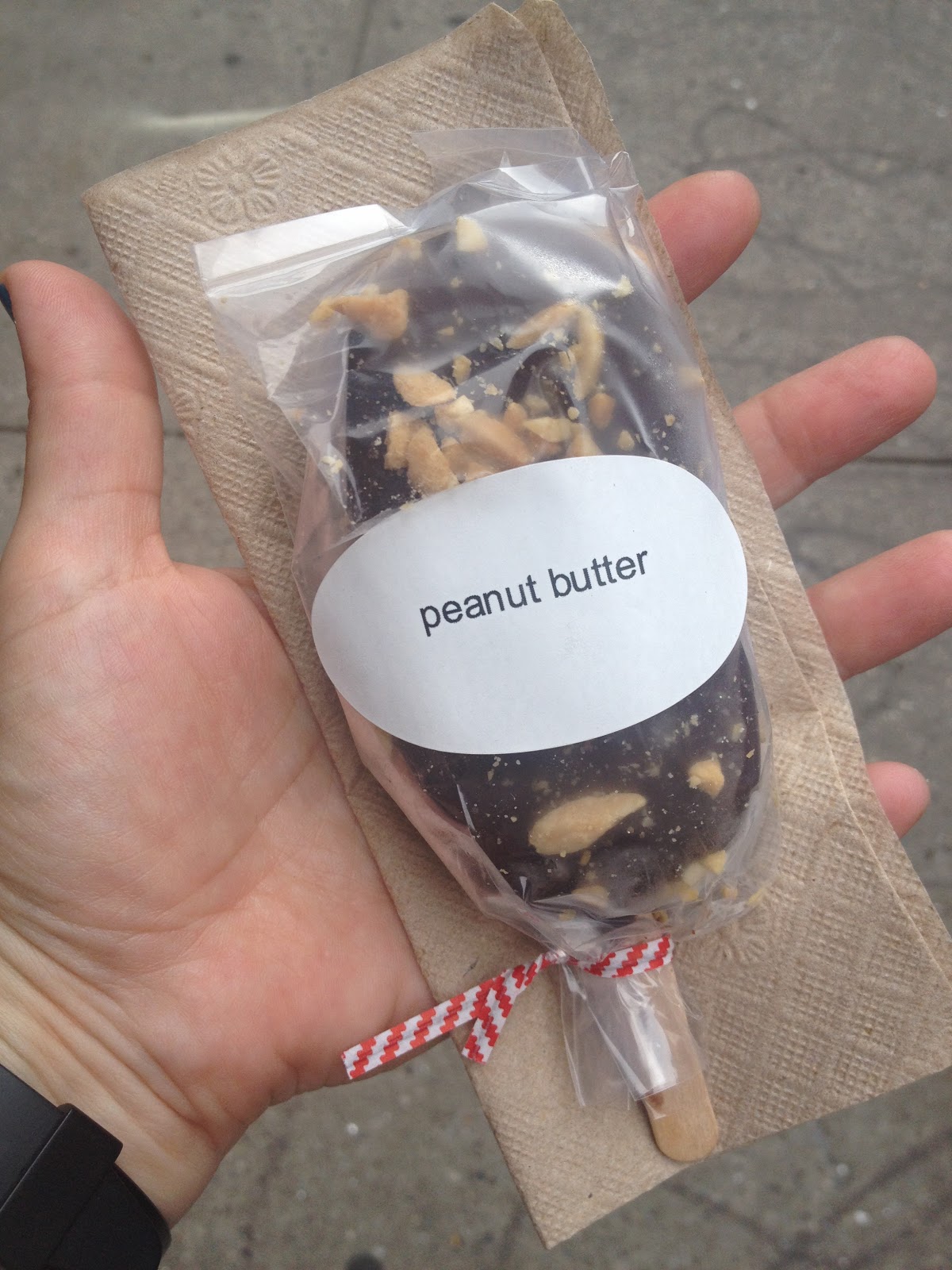 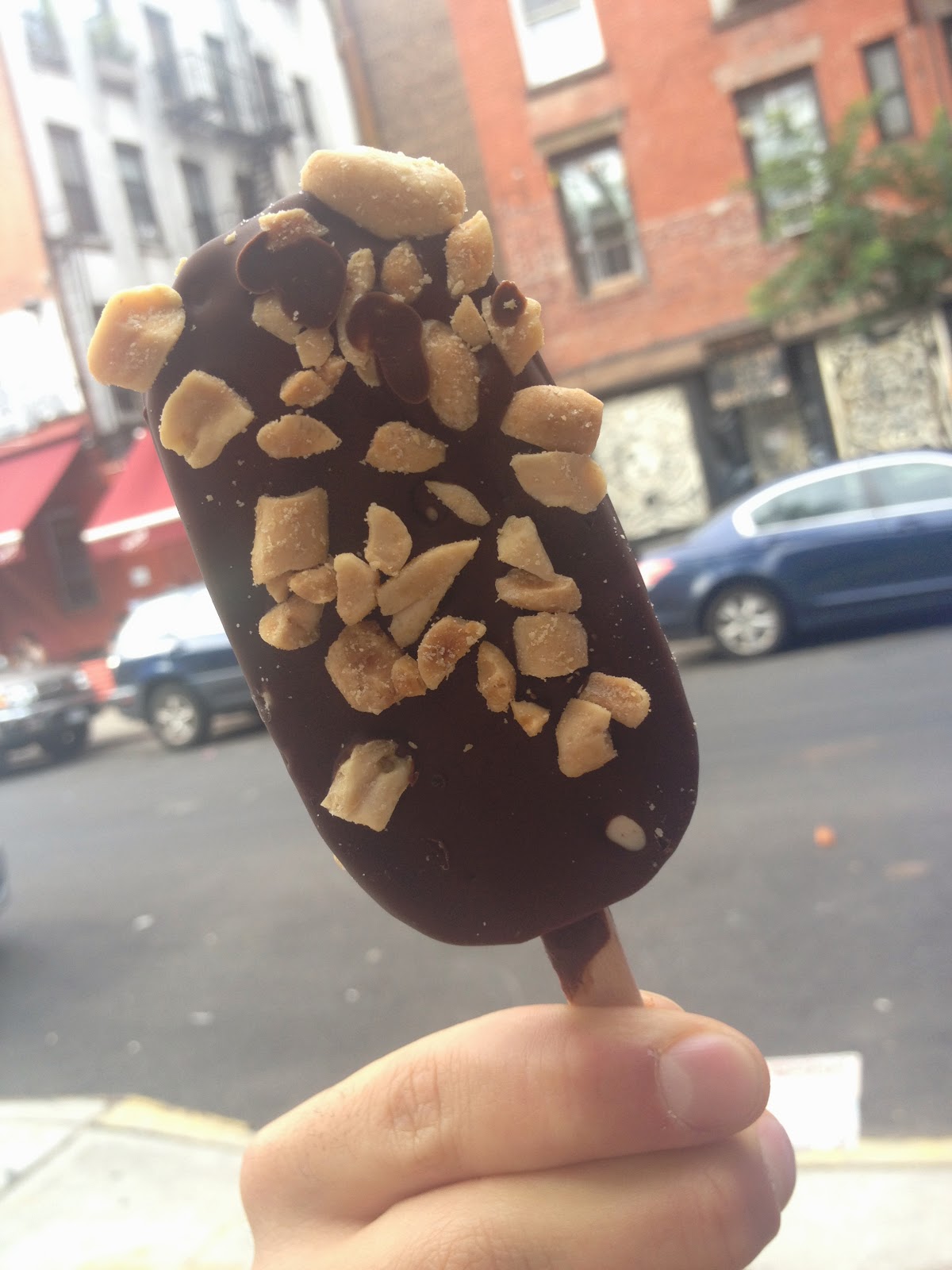 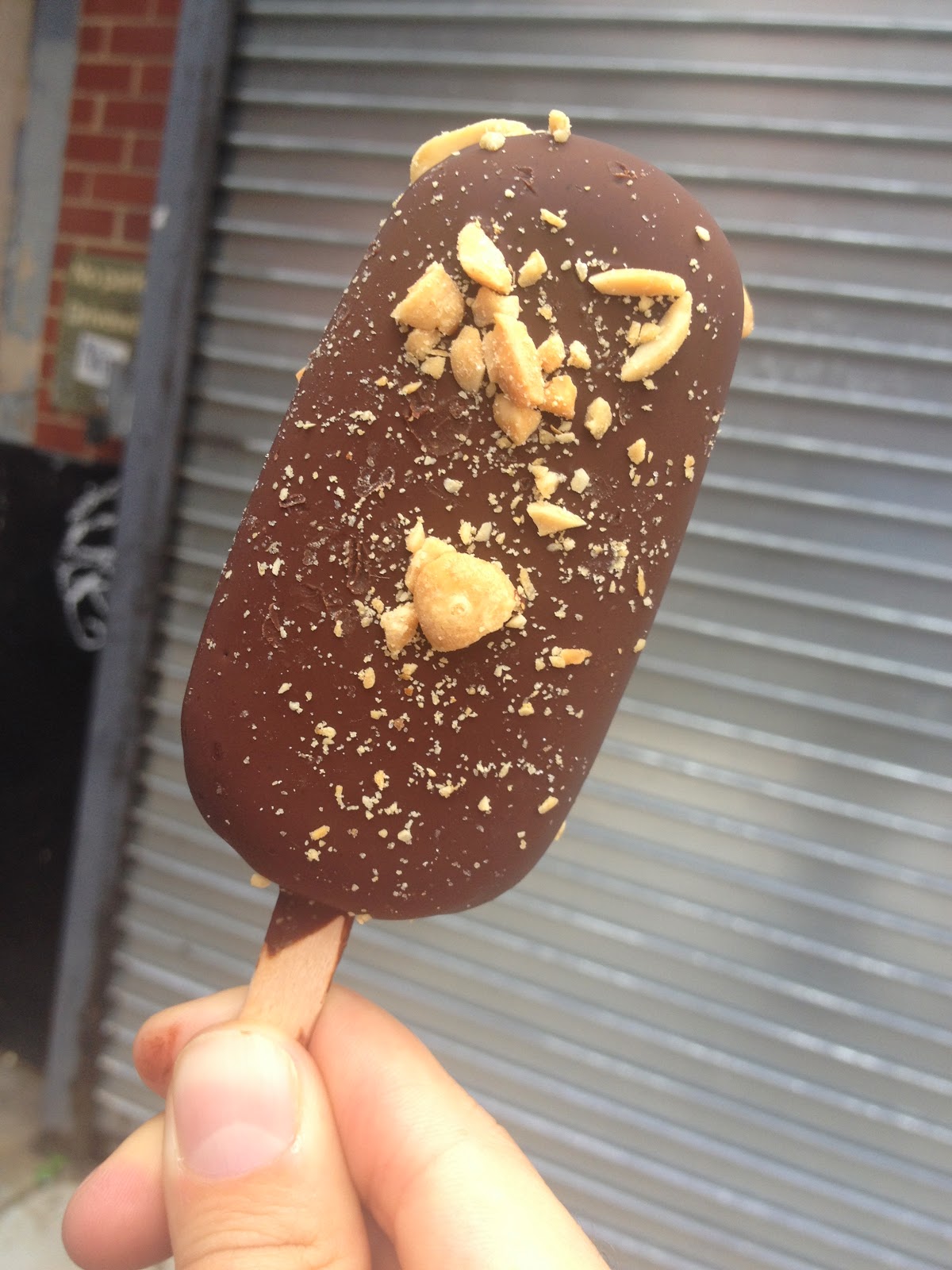 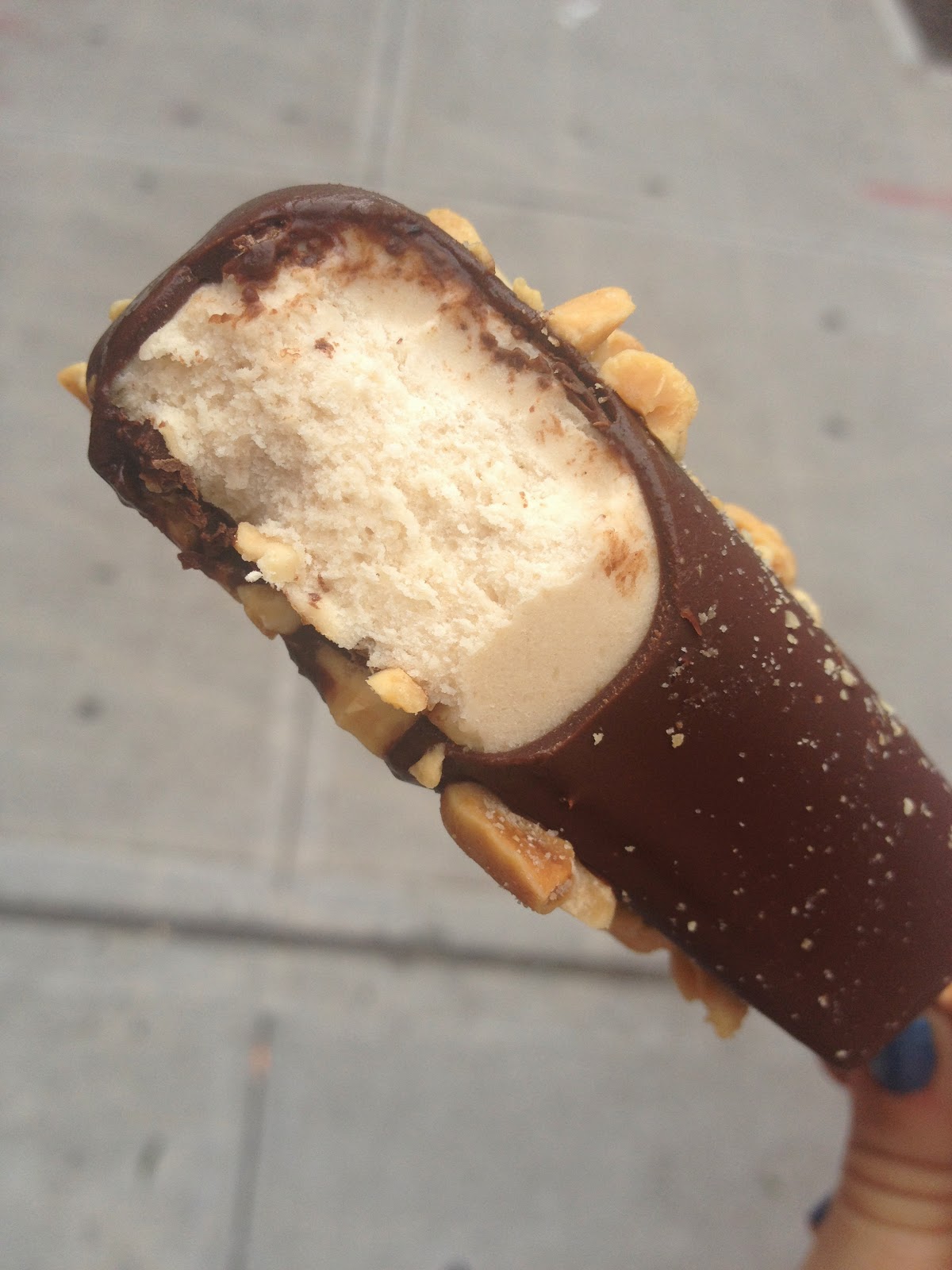 As much as I'd been anticipating the TBICSITU novelties, this pop exceeded all of my expectations by eons and miles and knots.  I thought about it the rest of the day and then returned that evening for more so my friends could have some too.  Because I may or may not have eaten all of the peanut butter pops, one friend chose mint ice cream in a chocolate shell, while the other chose pistachio.  With nuts.  Are you picking up what I'm putting down?  NO CHOCOLATE.  I mean, it looked great with all of those pistachios packed on and she really enjoyed it, but a chocolate-less pop is kind of... worthless, no?  I suppose there are people who eschew chocolate, but who are they?  And why?  More importantly, where can I thank them for leaving more for me?


You may have noticed a freezer bag in the last picture.  This may or may not be because I was sent home with a stash to share with the Esteemed Tasting Panel (for real: I was under explicit orders not to eat them all myself).

Just look at all of that extraordinary chocolate (ahem). 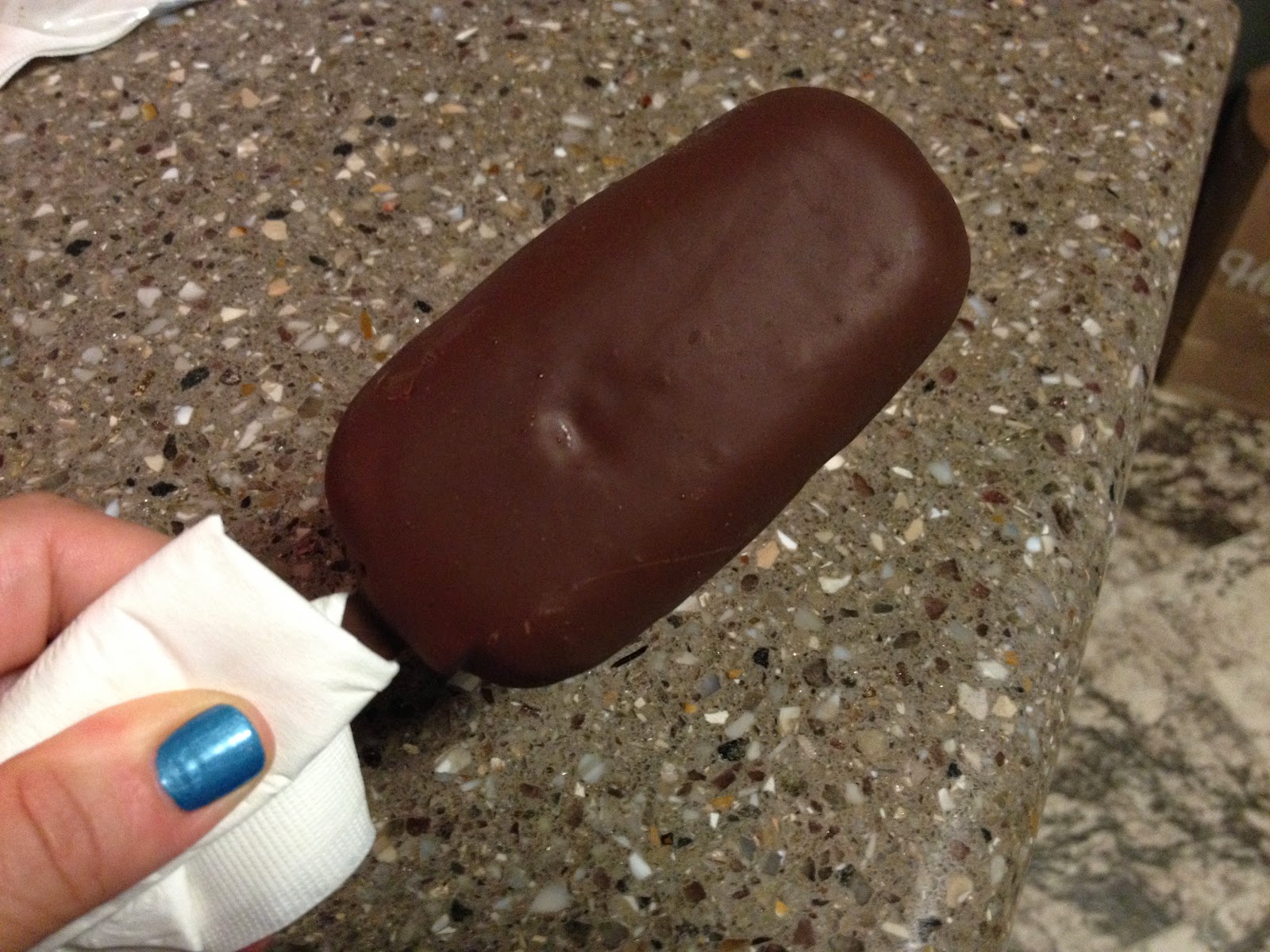 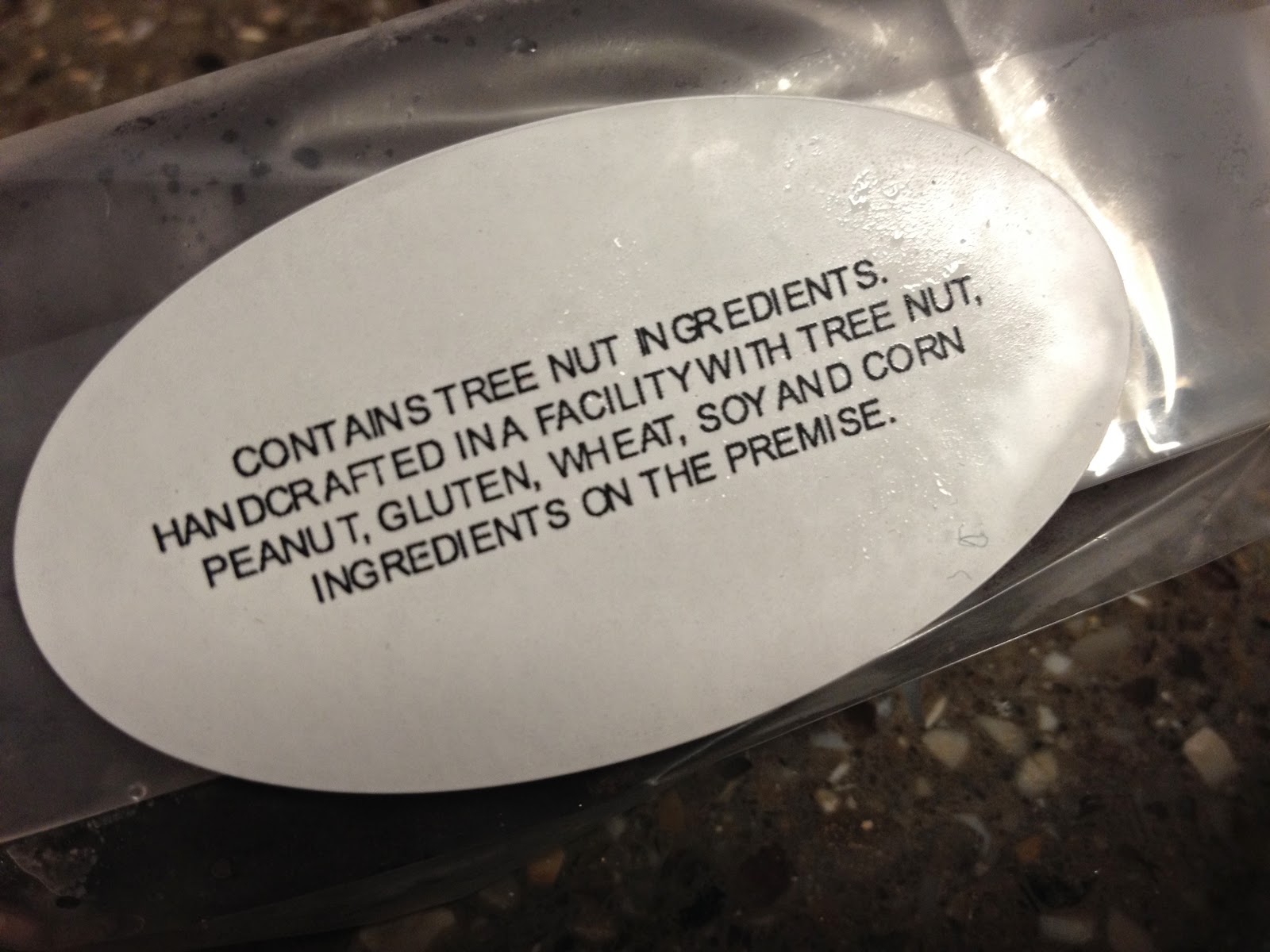 The chocolate-encased vanilla and chocolate pops were terrific (I only had a bite!), but the peanut butter is still the bomb. 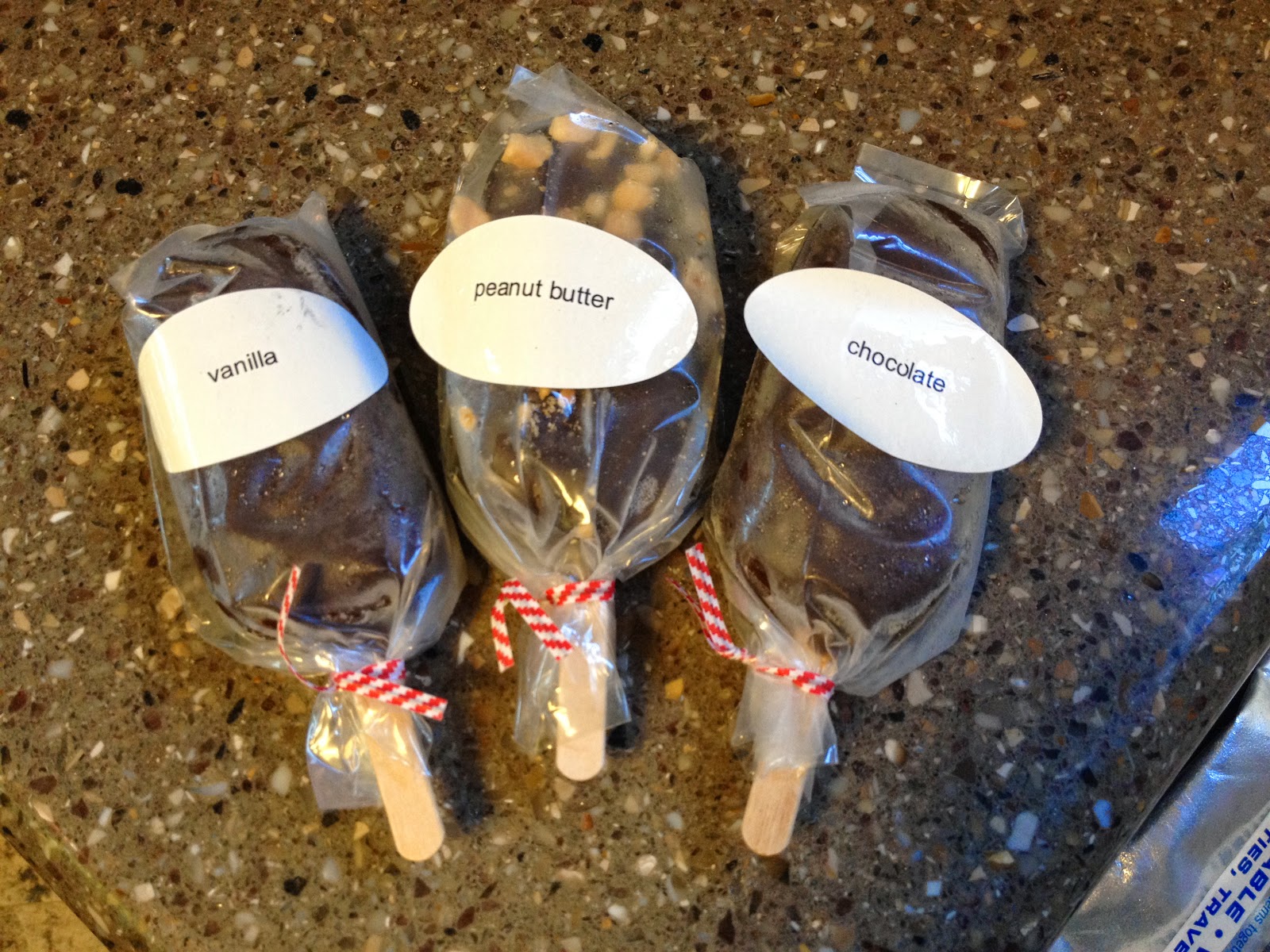 Just look at those salty peanuts nestled into the rich chocolate; who can resist? 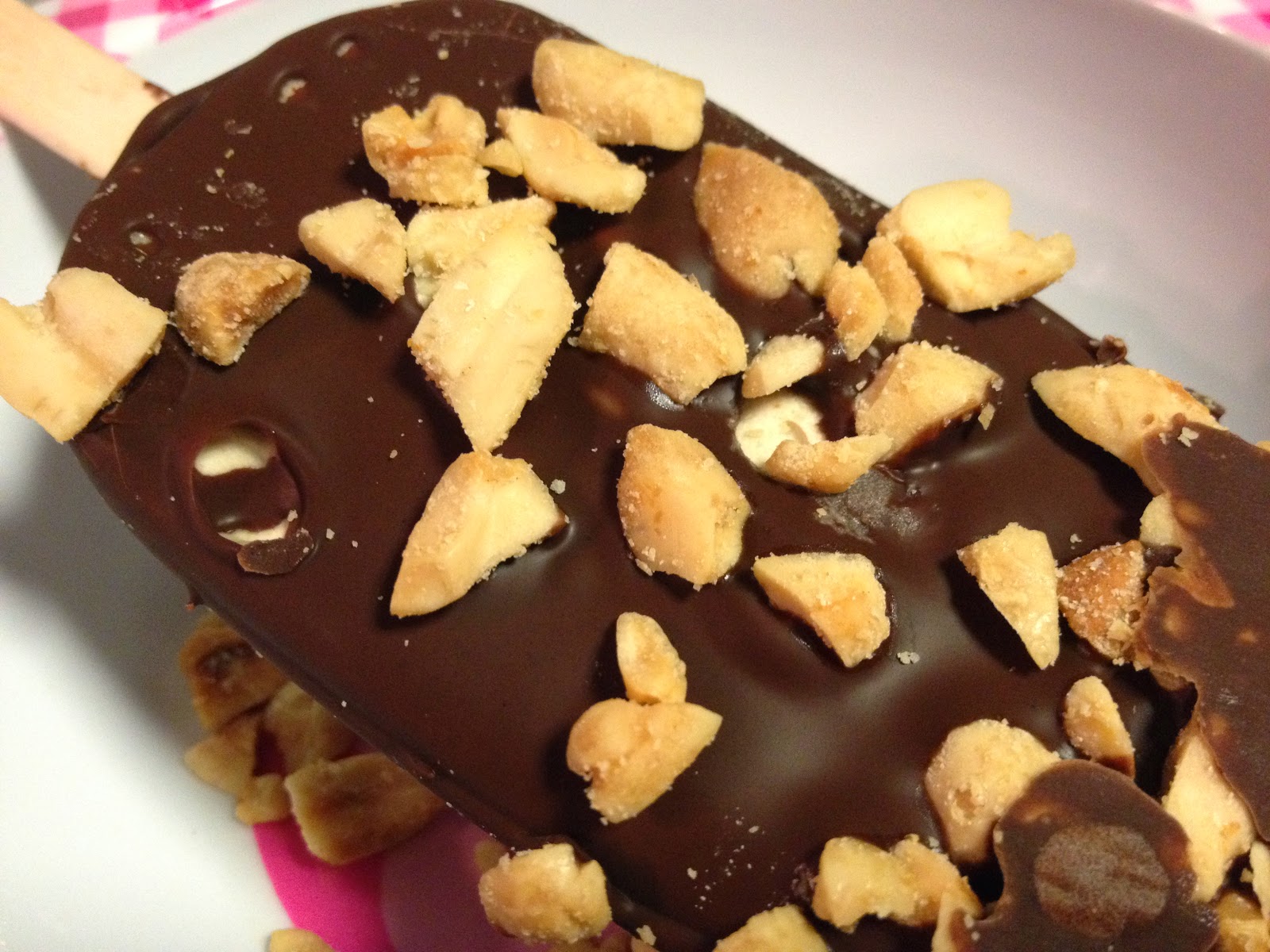 
For the record, the ETP has made some specific requests for future variations.  To start, VM has asked for signature flavors to be poppified, such as chicken leg (drumstick) and chocolate chocolate chip.  I was also advised that there will be extra credit for adorning the chocolate with assorted shop toppings (sundae on a stick anyone? the apple doesn't fall far).  As for me, I think they're just perfect, but would be willing to taste test any and all possibilities.

AND, as if all of this isn't enough, now there are rumors of a Gone Pie collaboration!  Are you thinking what I'm thinking?  Hint: it would involve some kind of ice cream...nestled between two cookies...sort of like: a sandwich.

Moreover, I've suggested my own novelty that will hopefully be developed soon and may or may not (it won't) be named the Abby Beaner! Feel free to start a petition on my behalf.

Stay tuned; I'M ON THIS.