I don't know how Positivitea escaped my radar, but I made a plan to go very shortly after I learned of its existence. It was really easy to find in Verona: it's diagonally across from the park, just a block or so away from the old Pink Frosting space. 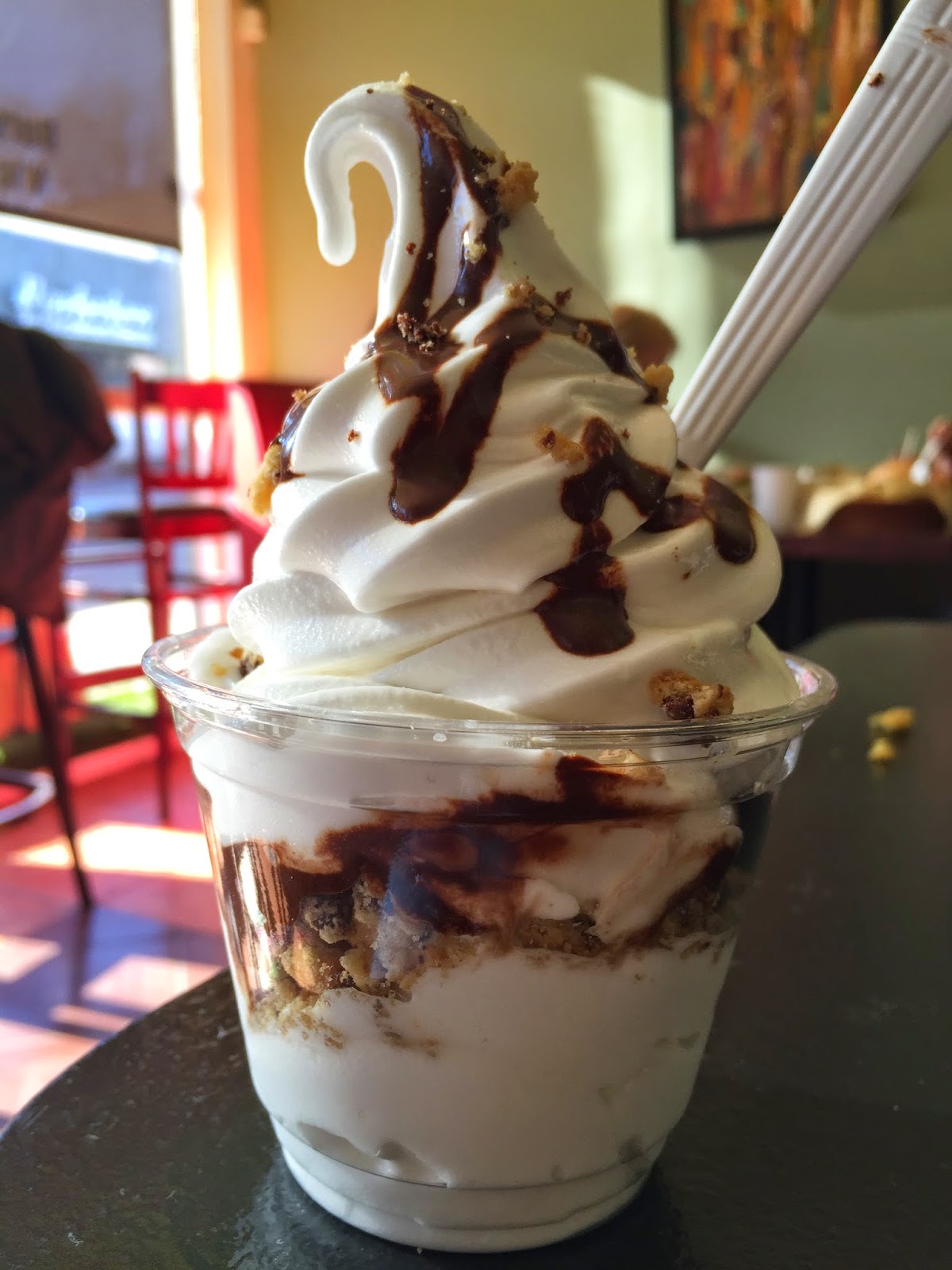 I was thrilled to see them boasting themselves as "100% Vegan" right outside. 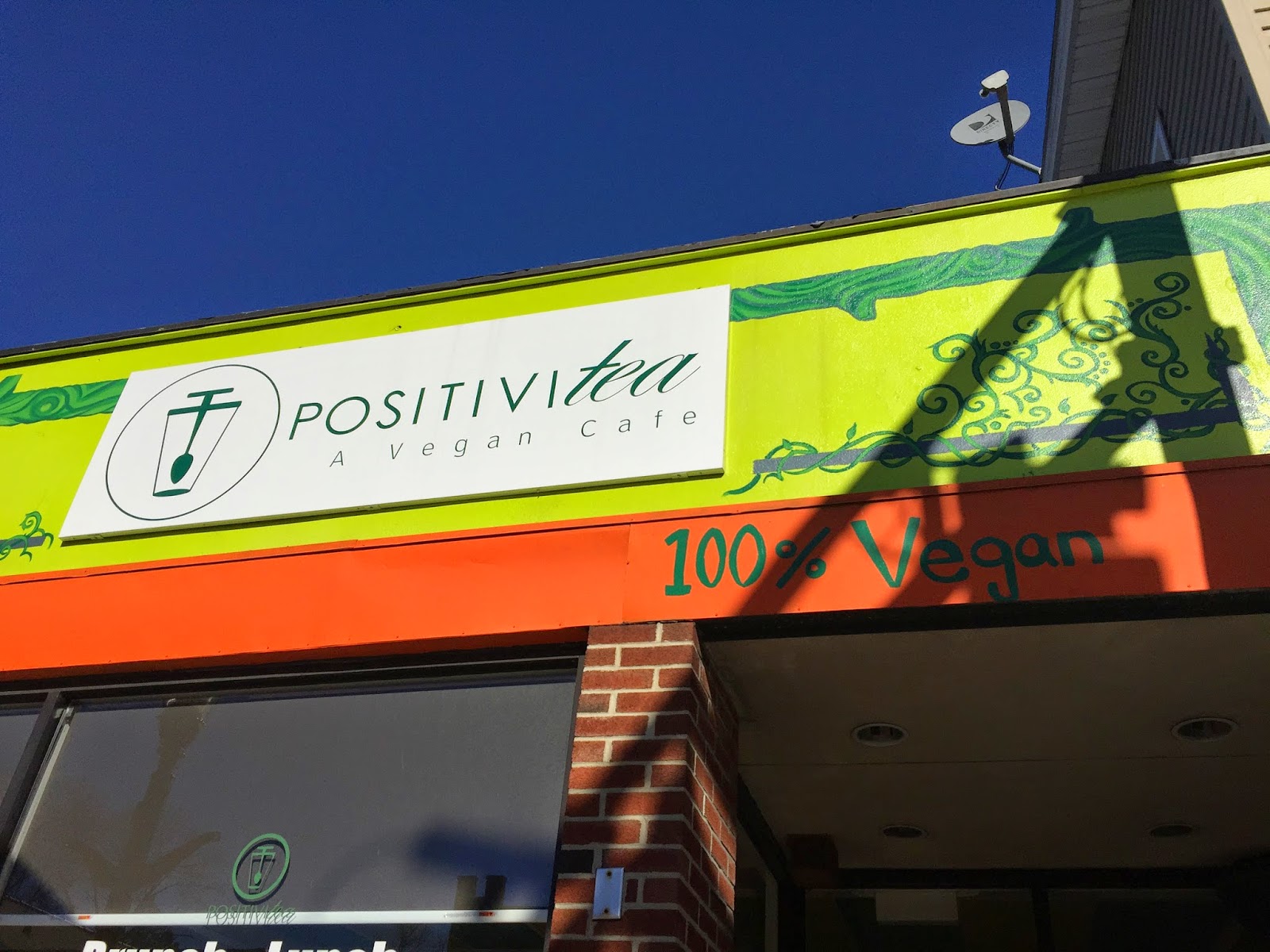 I also loved the giant, posted menus; you can also easily review their entire menu online. 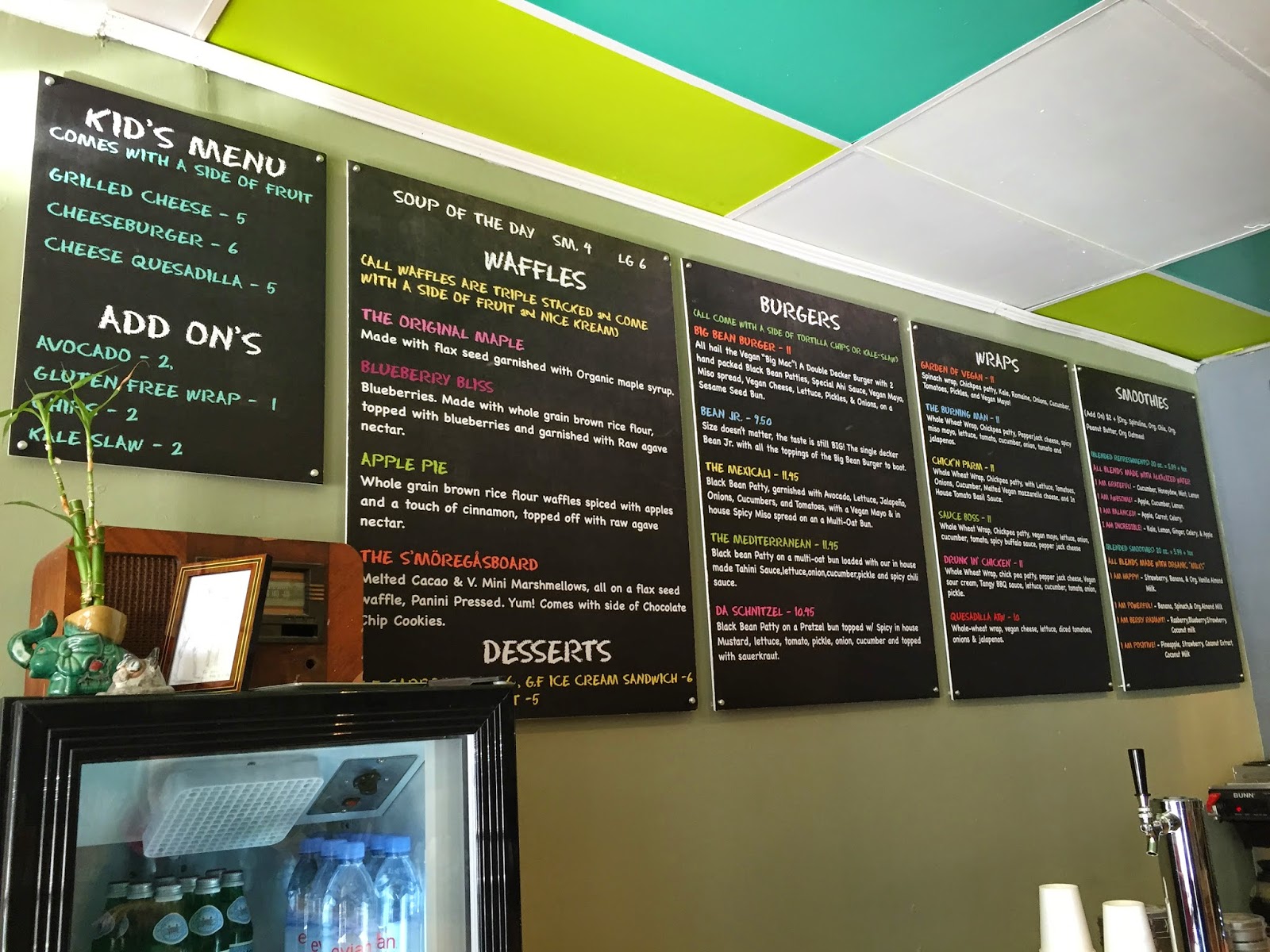 It's a large, cheery space with tables, booths, and some counter seating. I ordered the Bean Jr., which is a smaller version of their big bean burger: "all hail the "Vegan Big Mac"! A double decker burger with 2 hand packed black bean patties, special ahi sauce, vegan mayo, miso spread, vegan cheese, lettuce, pickles, onions, on a sesame seed bun." My Bean Jr. "size doesn't matter, the taste is still BIG. The single decker Bean Jr. with all the toppings of the big bean burger to boot" was ordered as listed, except that I subbed a pretzel bun because I'm brilliant. My request was happily granted. 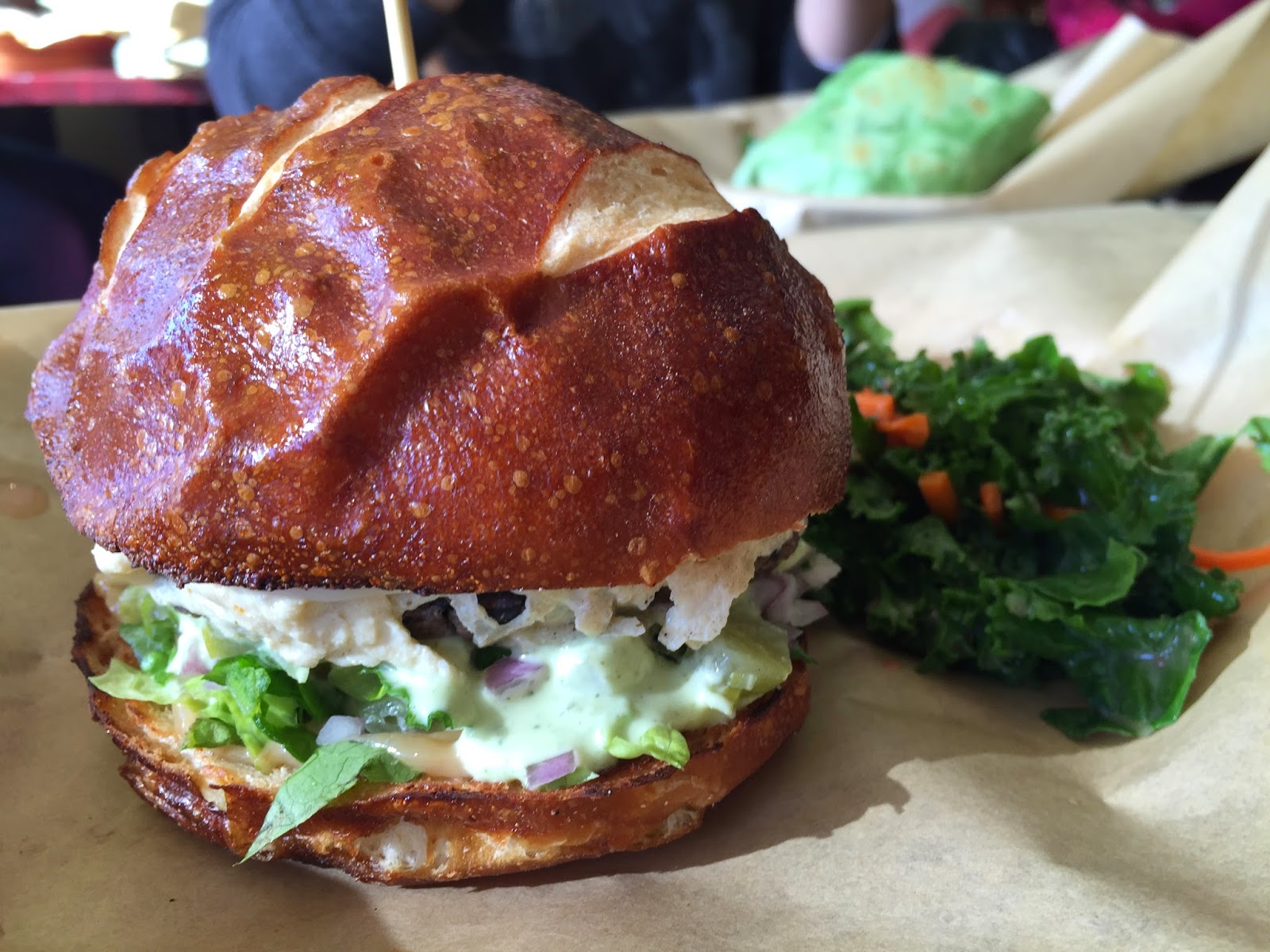 The burger itself looked like it was solely comprised of compacted black beans, so I was wary. But, I'm happy to report that this concoction in its entirety made an outstanding veggie burger. The toppings, texture, and pretzel bun all worked together to make this a winner in my book. I also really enjoyed the cheese. When we inquired, we were told only that it was "coconut based with tapioca" and decided not to push it. I'm not sure why, but some places just don't like to talk about the brands of their products. The kale slaw, which was included, was underwhelming. The dressing was not very flavorful and it was also watery, which made the kale quite limp- something that is not easy to do. Win on the burger, pass on the slaw. 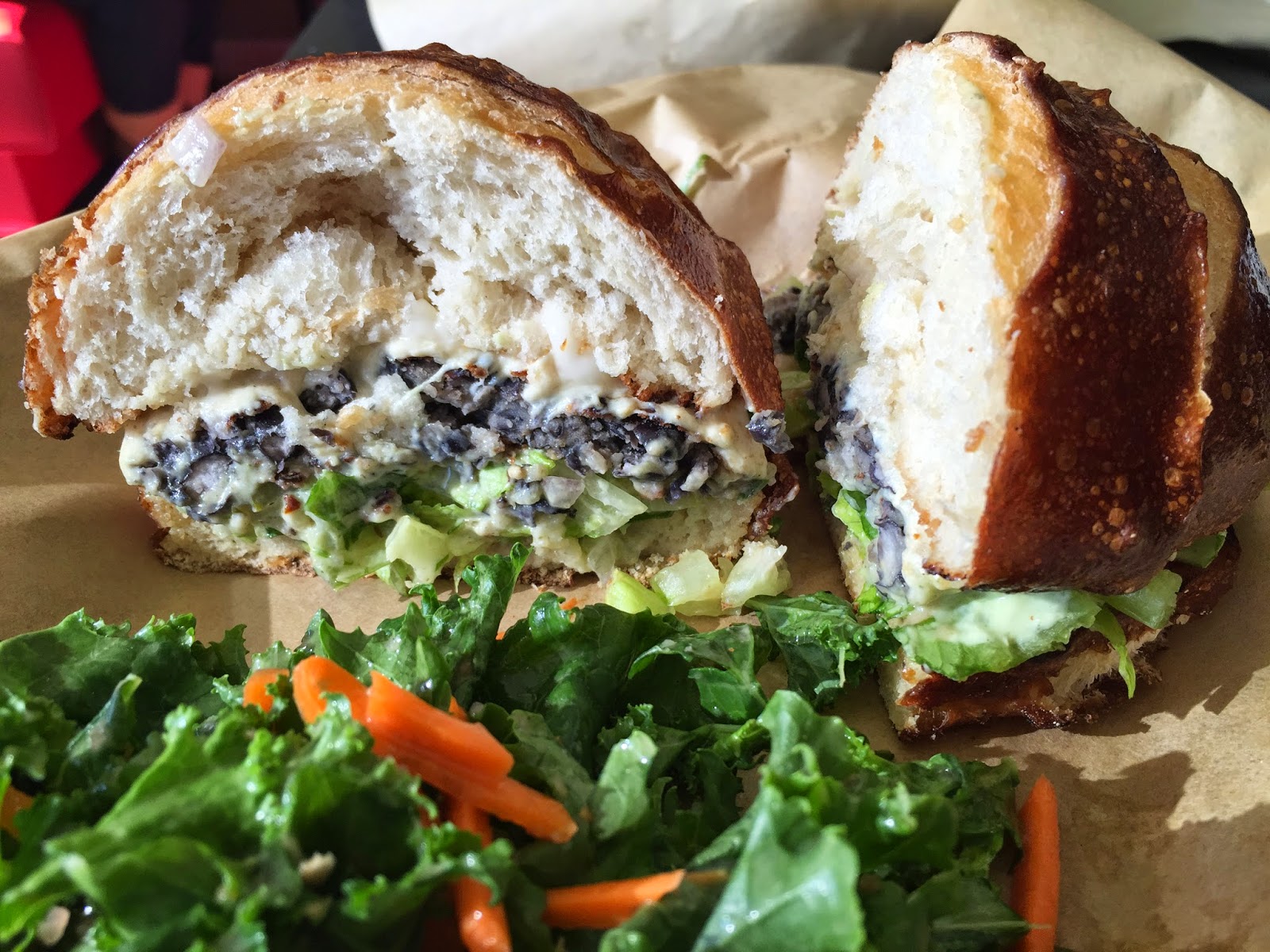 My friend ordered the Garden of Vegan wrap: spinach wrap, chickpea patty, kale, romaine, onions, cucumbers, tomatoes, pickles, vegan mayo because she's all healthy-like. I tasted her chickpea patty plain and it tasted just like unsalted, mashed chickpeas. However, she said that she enjoyed the sandwich as a whole, describing it as "light and healthy." She and I were in agreement on our assessment of the kale slaw. 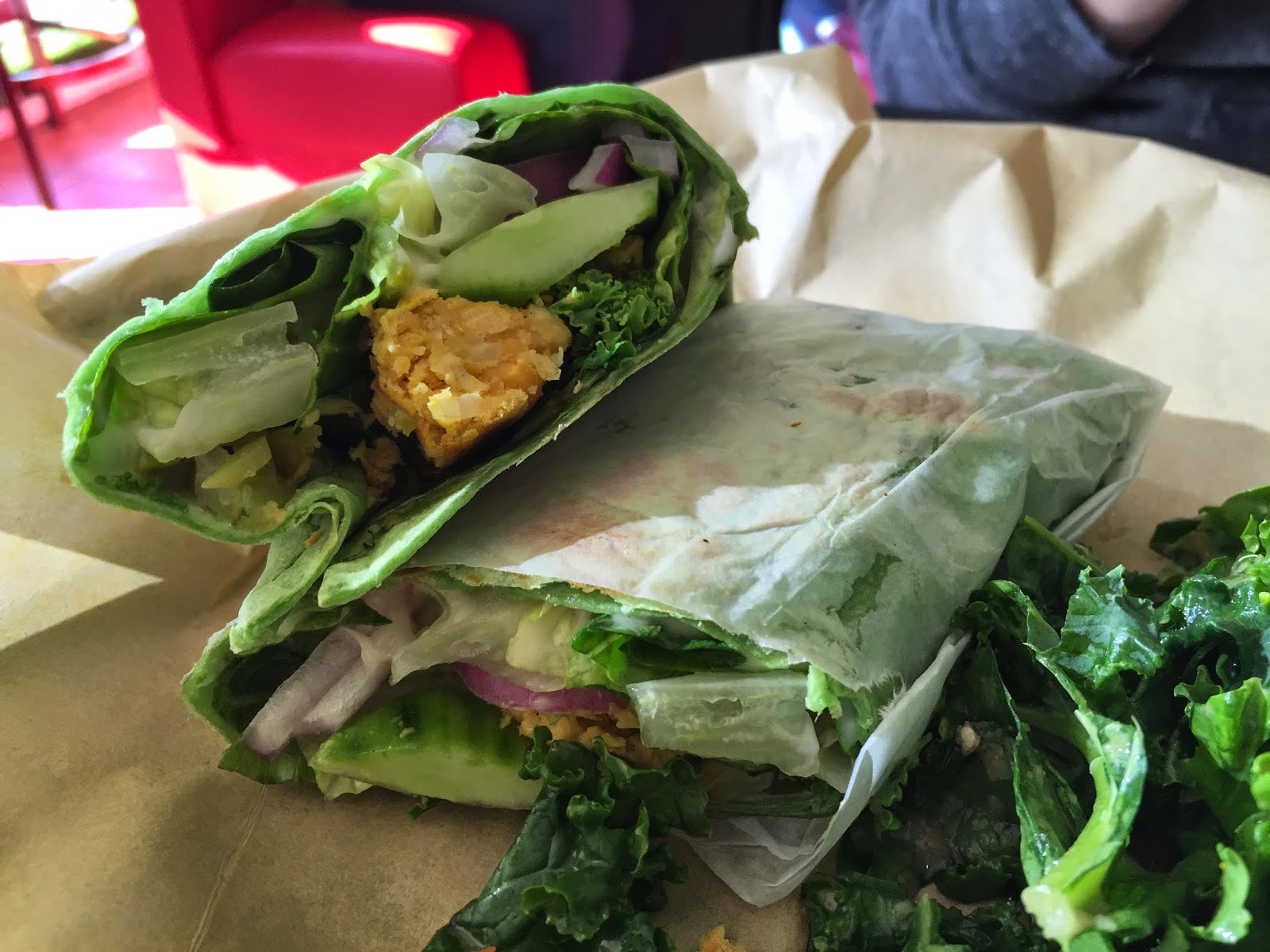 While the dessert options were noticeably absent from the wall menus, they were listed in detail on the single, laminated menu that was available at the counter (and are also reviewable online). 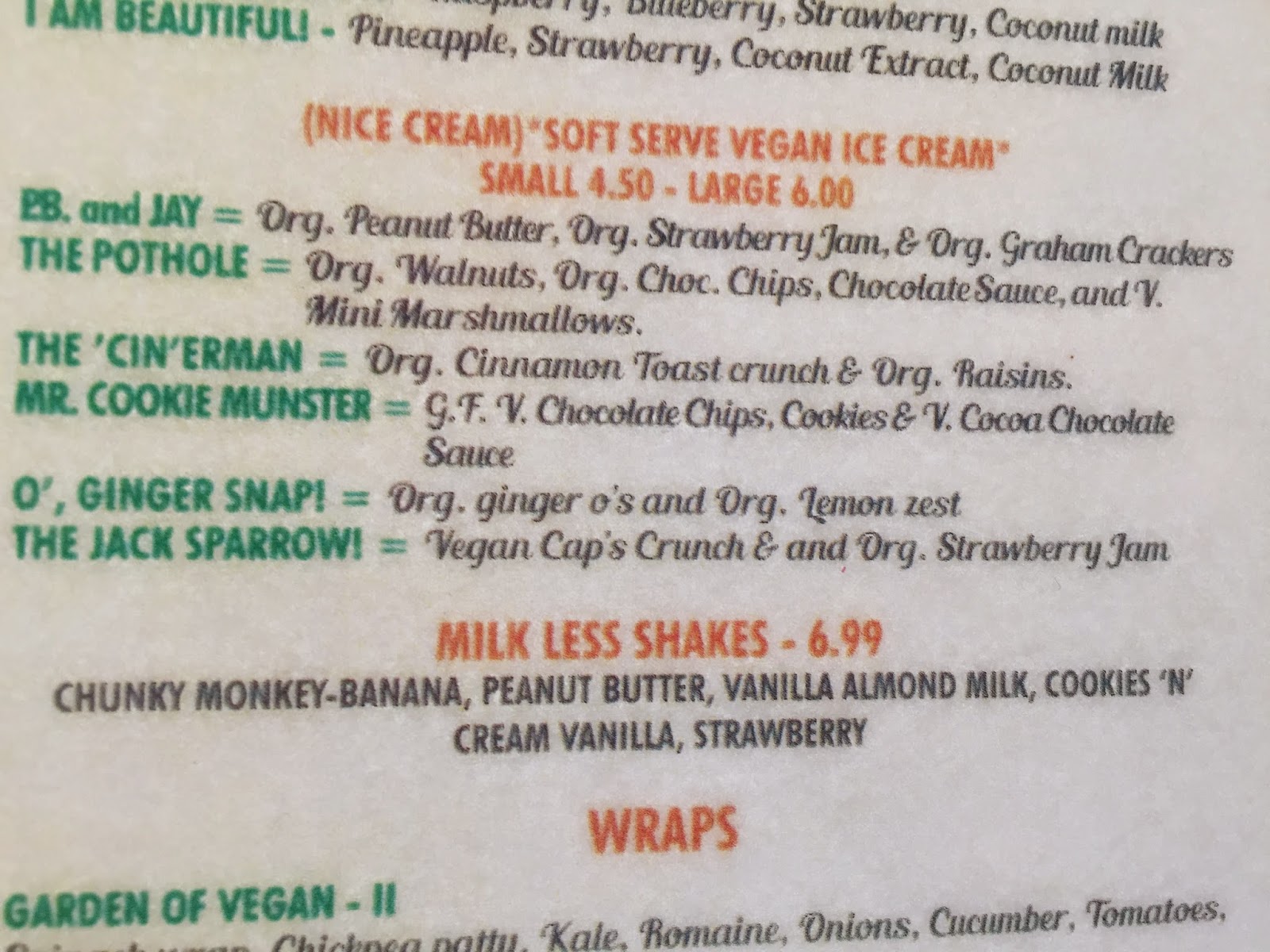 Our inquiry about the "nice cream: soft serve vegan ice cream" was met with another vague explanation that it was "soy based with tapioca." Pooling our collective vegan ice cream knowledge we hypothesized that it was Chicago Vegan Foods brand. A quick search confirmed our suspicions, as the ingredients are listed as: all vegan, gluten free, non-GMO verified: vegan cane sugar, tapioca maltodextrin, organic soymilk powder, natural vanilla flavor (vanilla) or organic fairly traded cocoa (chocolate), soy protein, guar gum, xanthan gum, salt...Temptation Vegan Soft Serve! As such, we are under the impression that the cheese on my burger was teese. Good to know!

After a last minute swerve away from The Pothole (not feeling the walnuts), I decided on Mr. Cookie Munster: gluten-free vegan chocolate chips, cookies, and vegan cocoa chocolate sauce. 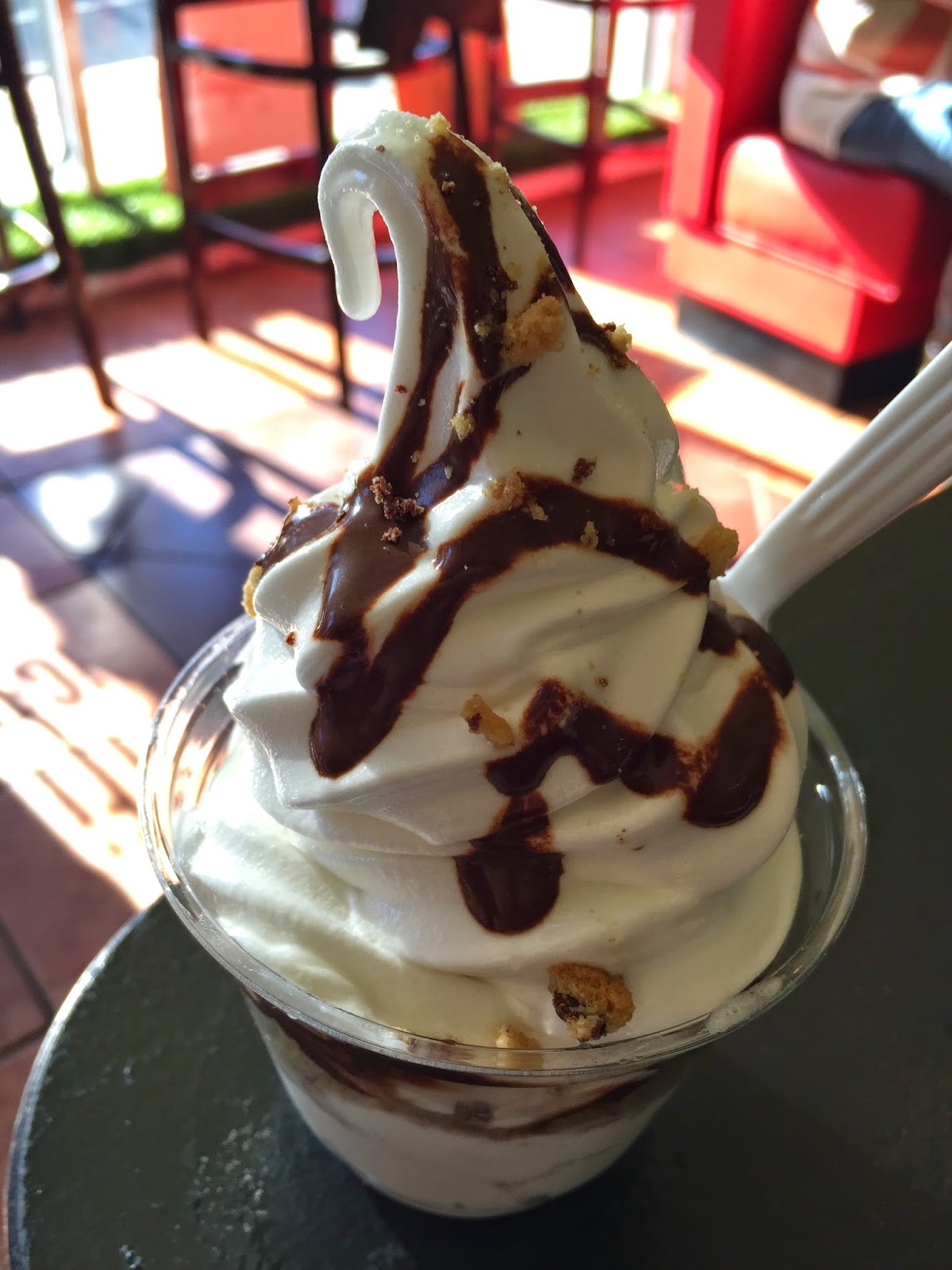 Because the folks at Postivitea are geniuses, to my delight they assembled the toppings in the center as well as atop my sundae: all brilliantly parfait-like.

I don't think I've ever had it before, but I can now say with certainty that Chicago Vegan Foods' Temptation Vegan Soft Serve is a new friend. I'm not generally a fan of vanilla (it does come in chocolate, you know), but this was good and so incredibly creamy! 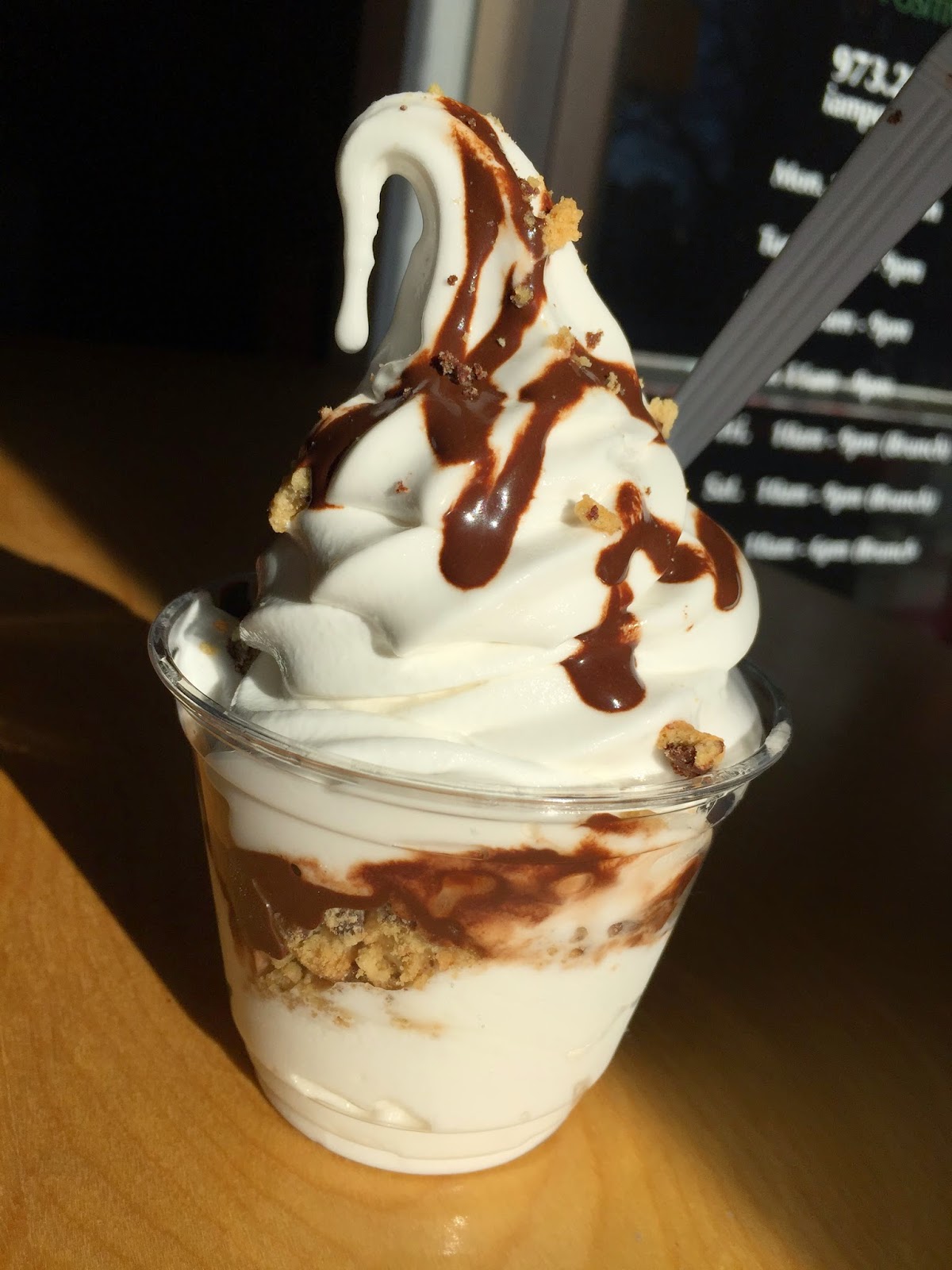 Plus, as you ate it the cookie crumbs mixed with the ice cream and tasted as though you'd dunked them in milk. 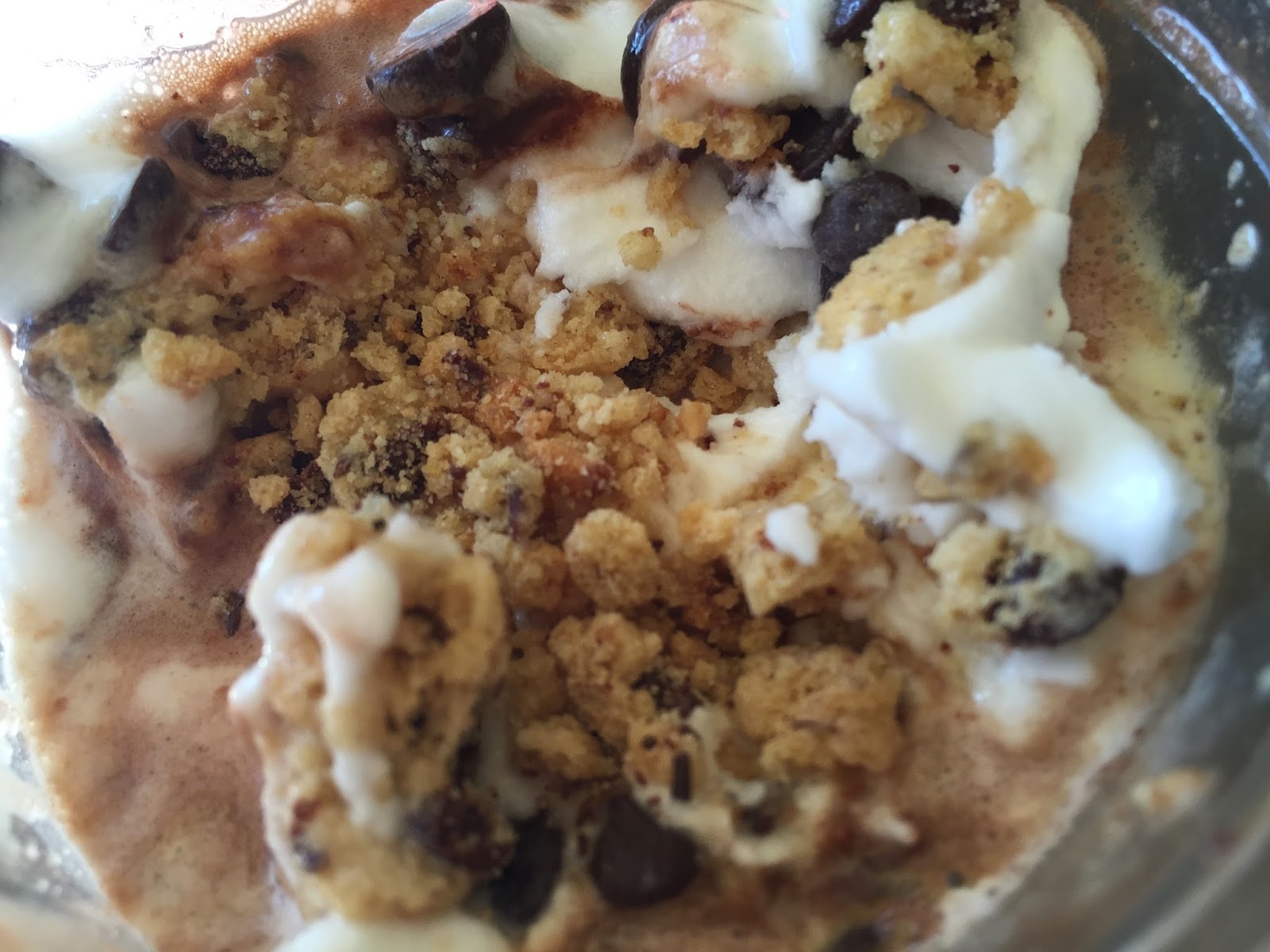 Oh yeah, here's my friends' P.B. and Jay: organic peanut butter, organic strawberry jam, and organic graham crackers. We think that was a squirt of agave on top for panache. I'm not into jelly on my ice cream so I didn't taste it, but I'd definitely consider adding peanut butter to my next Mr. Cookie Munster. 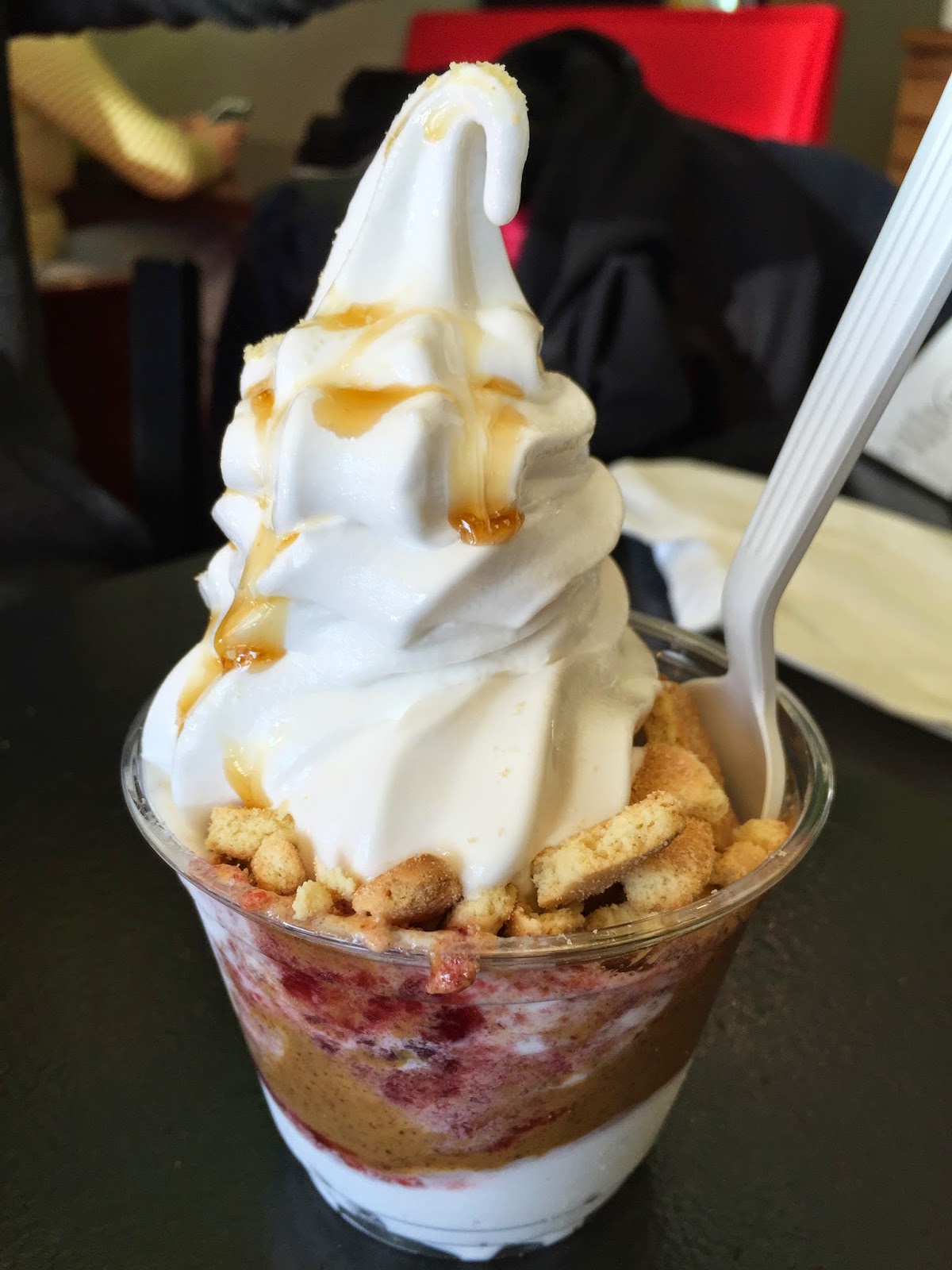 I don't know if they ever switch up the ice cream flavor (to, say, chocolate; ahem), but I definitely recommend whatever they have when you visit.

Finally...a special shout out to their restroom. As easy as it might seem to be to include a hook in such a public space, you'd be surprised at how often it's overlooked. At Positivitea, not only is there a hook on the back of the door... 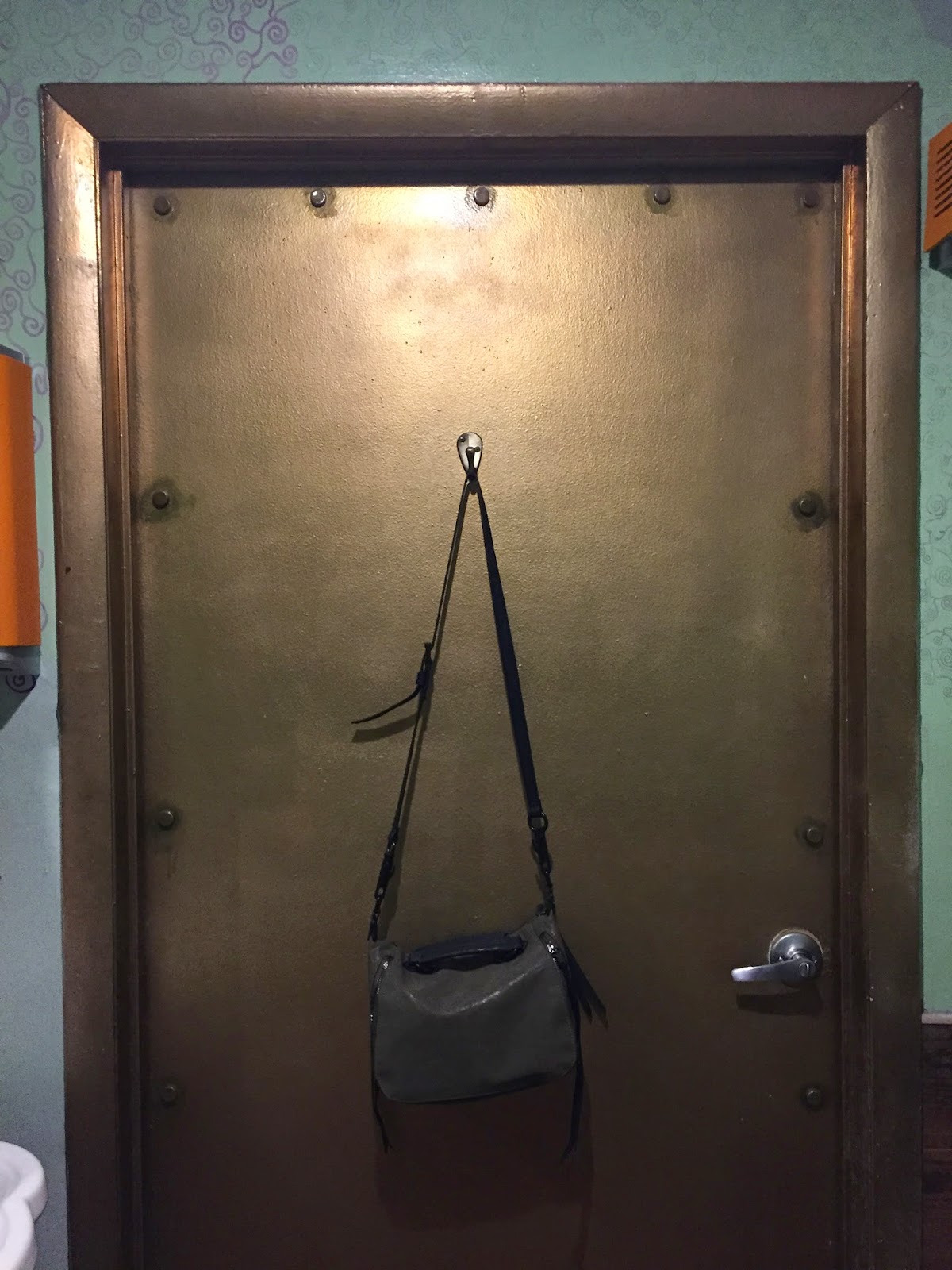 There's also a little table if you prefer to place your belongings there rather than hang them. 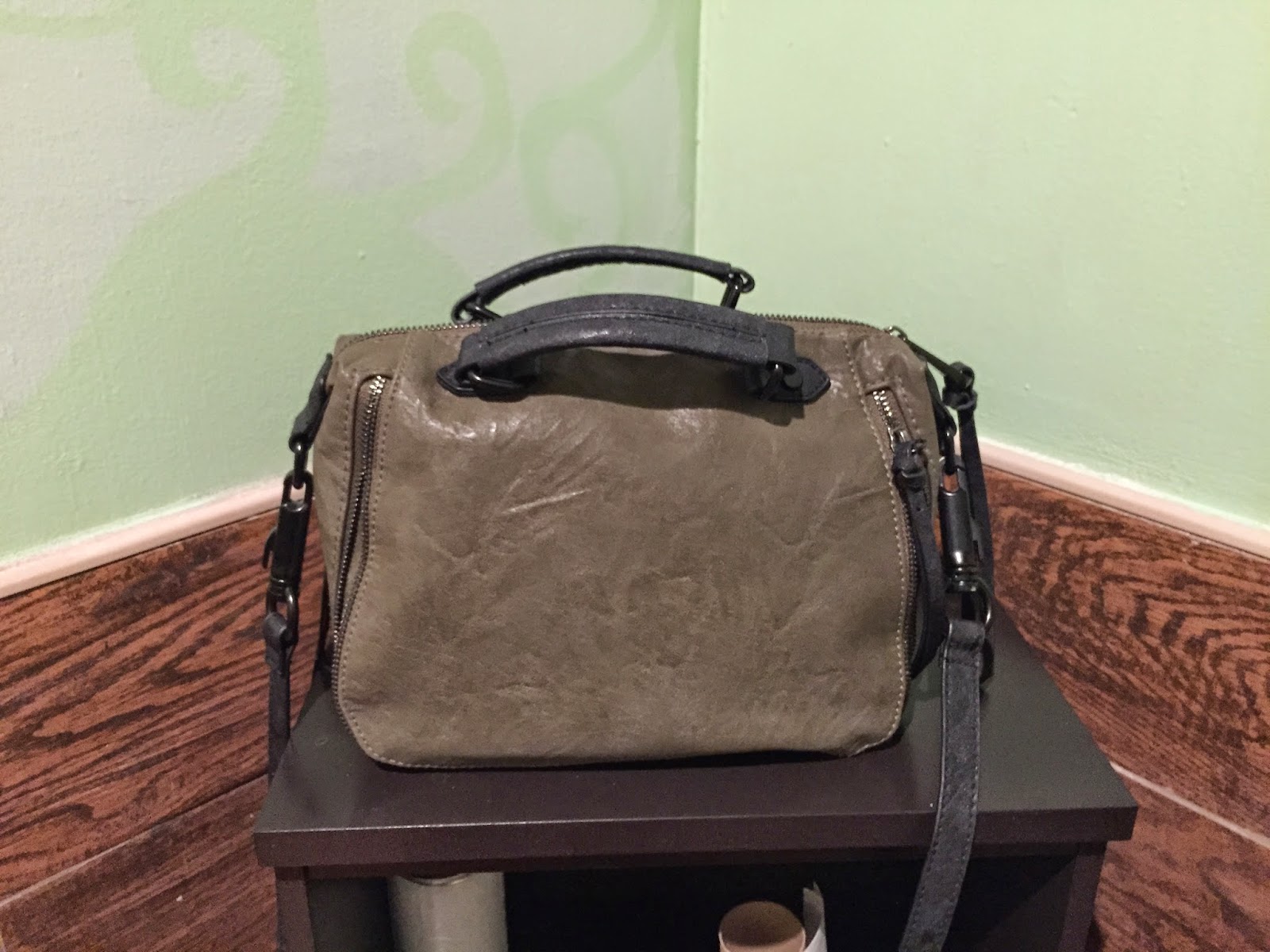 Not only is their restroom incredibly functional, but it's also creatively decorated. 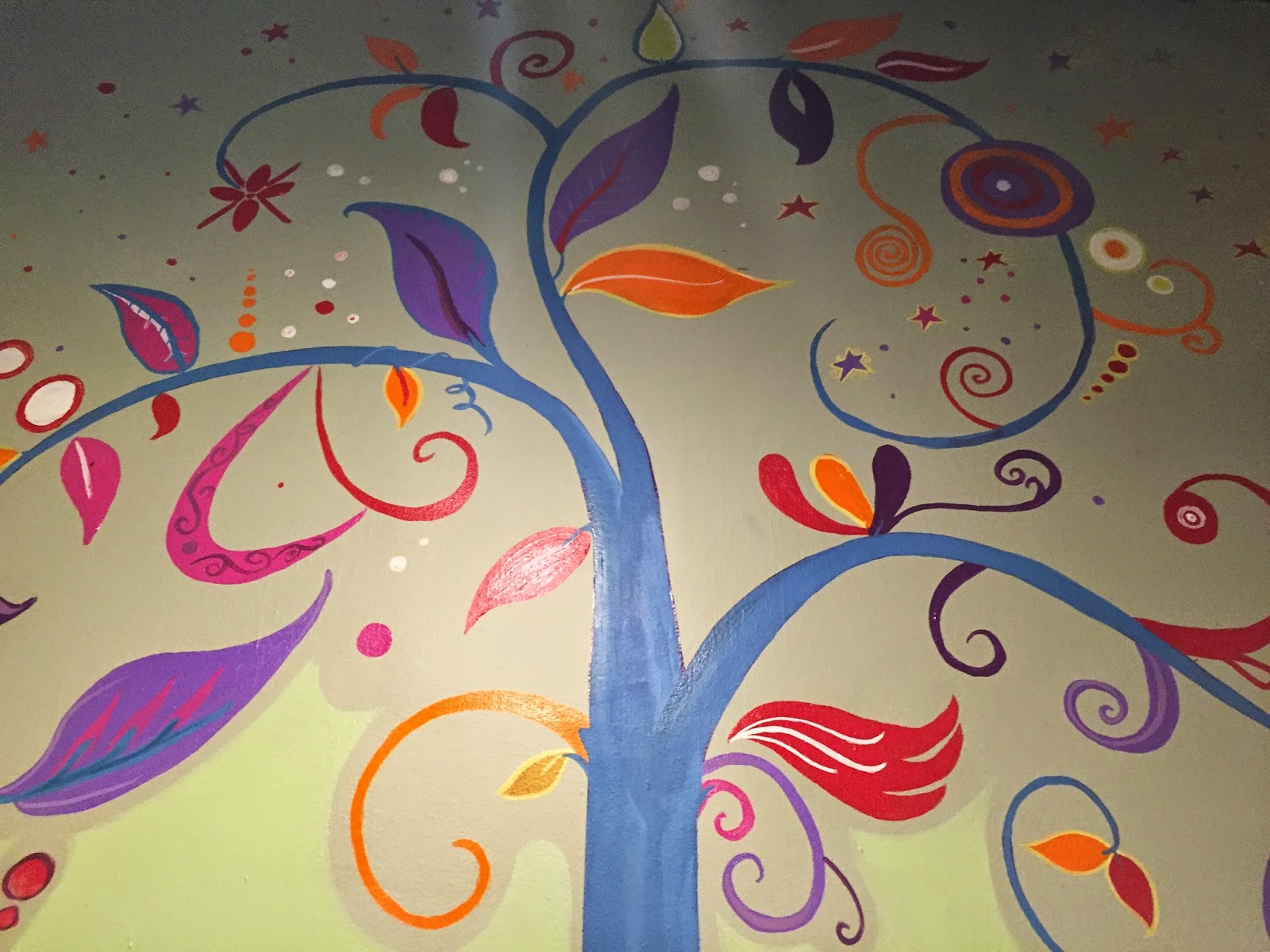 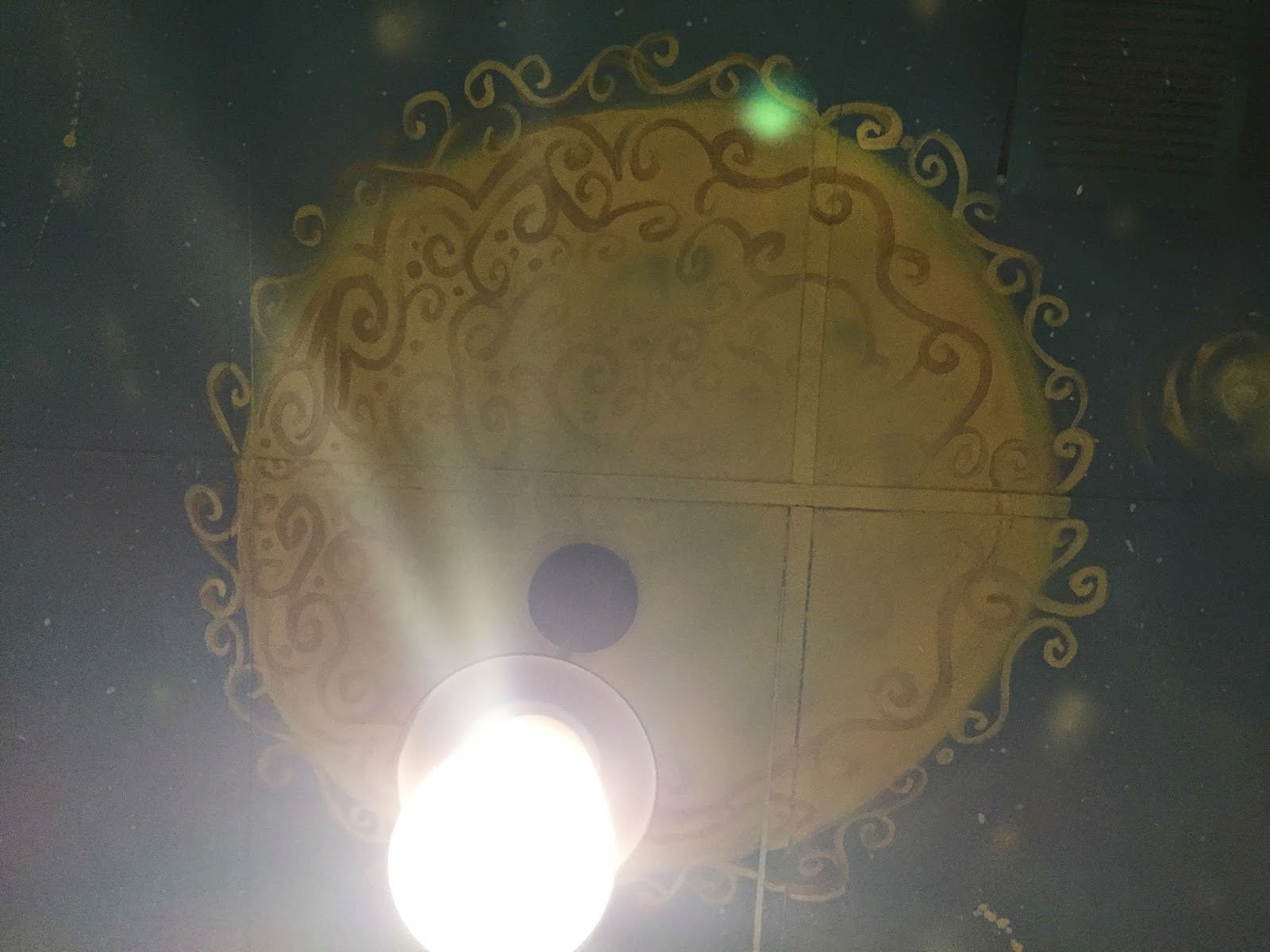 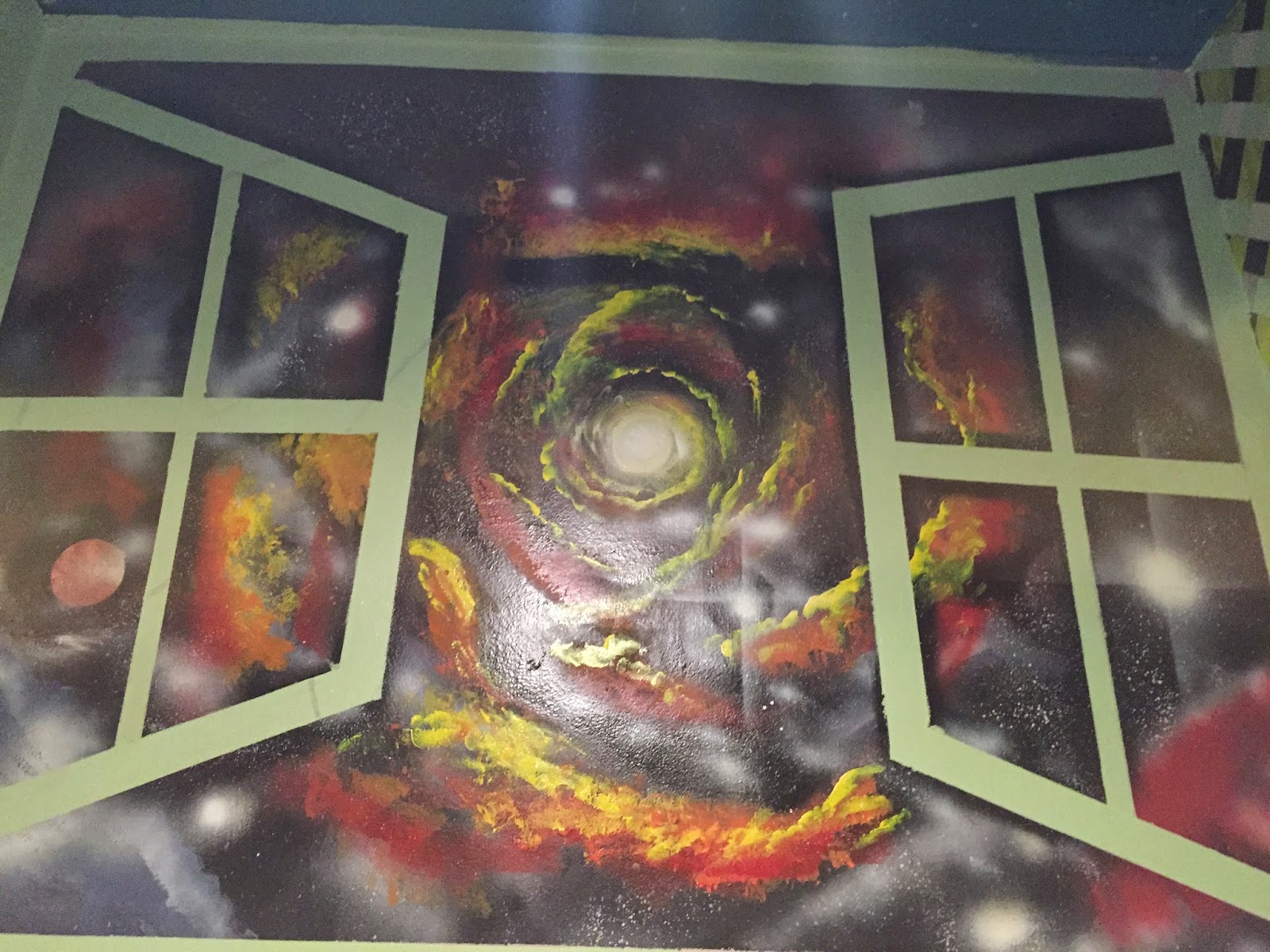 One last thing: there's also punchcard. Tenth meal is on them! 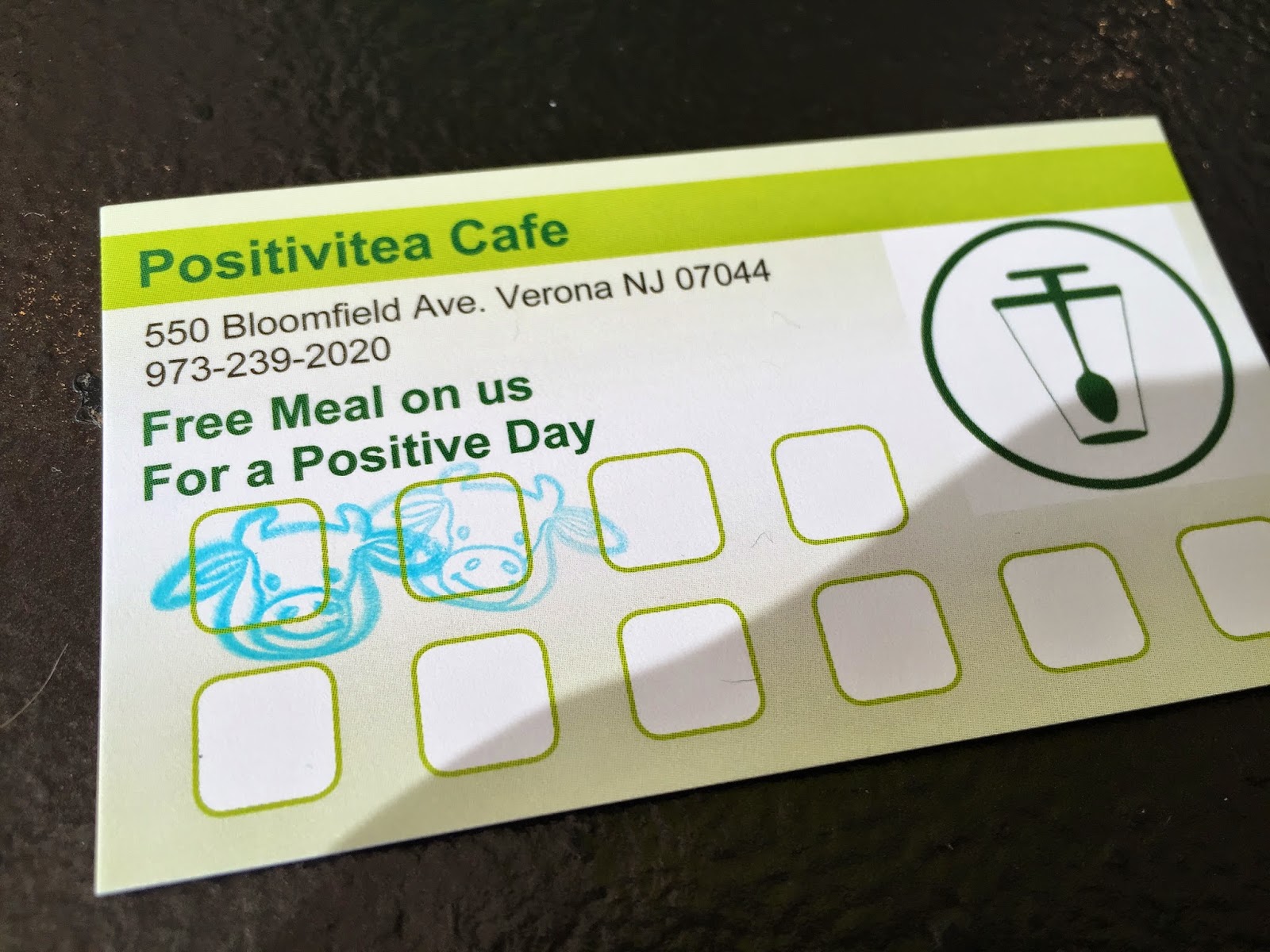 I would definitely recommend Postivitea: if you're in the area or for a purposeful road trip. 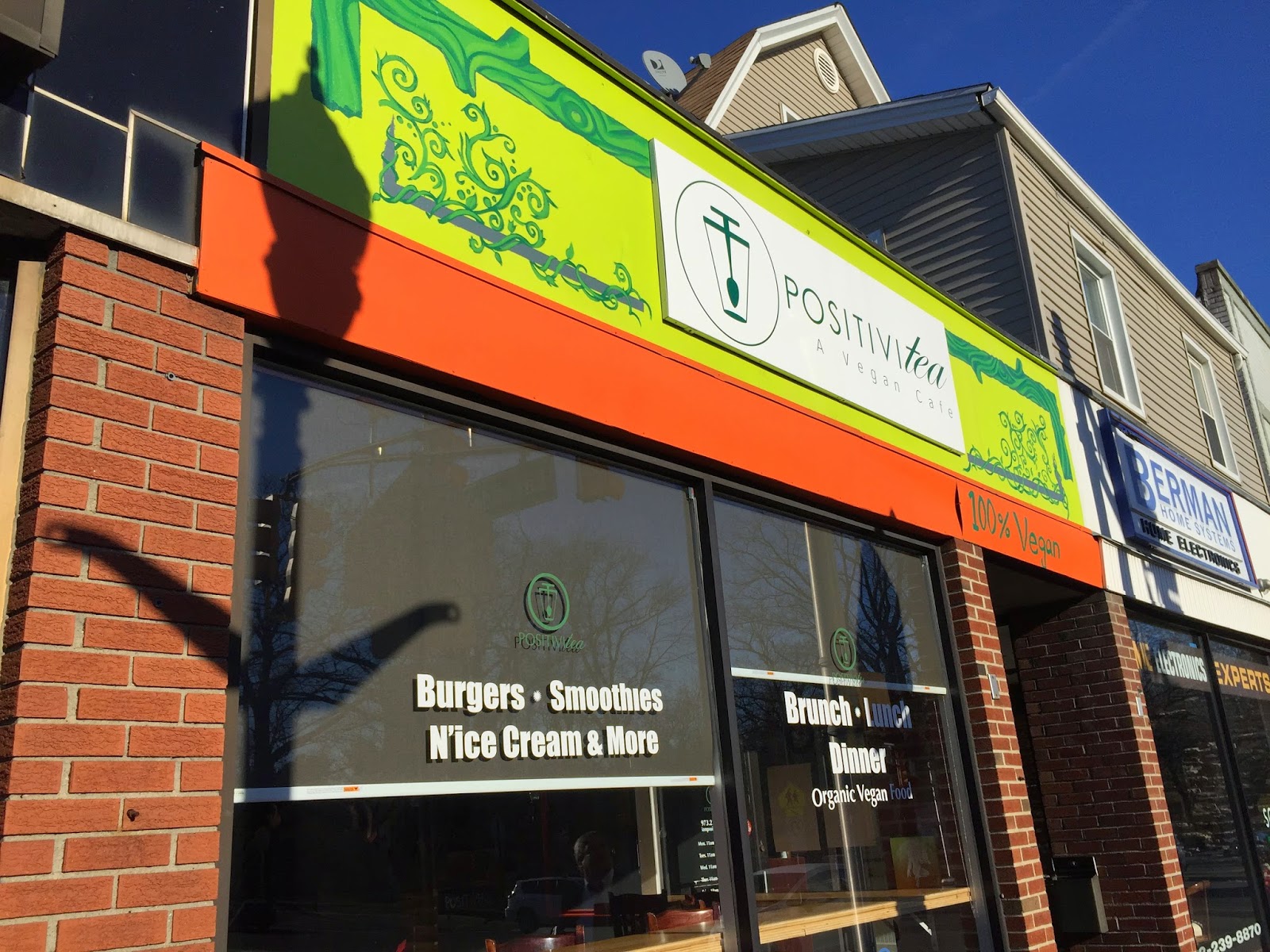 Burgers and ice cream might sound boring, but they do it well.
Posted by Abby Bean at 8:13 AM