A trusty pal brought my attention to Pink Frosting Bakery: a new, vegan, cupcakery in New Jersey; we immediately made a plan to visit. 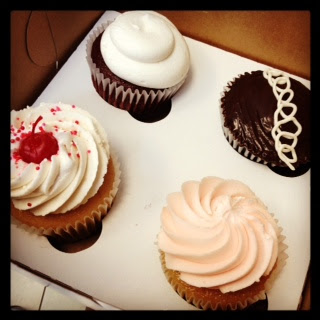 The bakery is set on a relatively main street in a rather homogenous strip of shops. 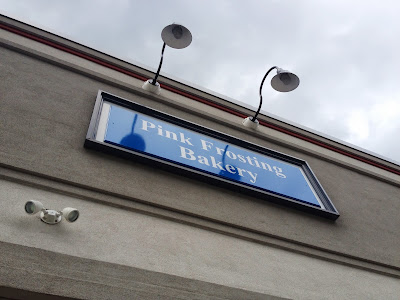 On this particular Saturday there was plenty of street parking available, so fear not. 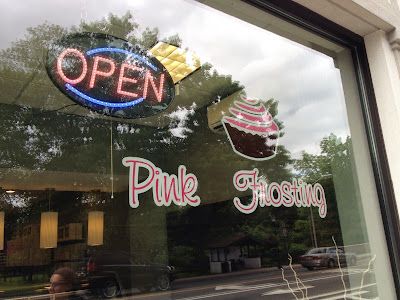 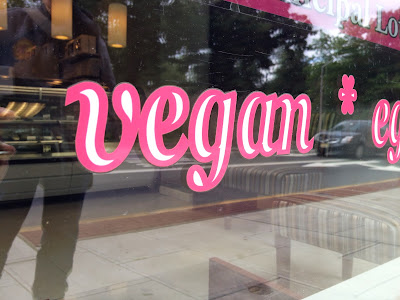 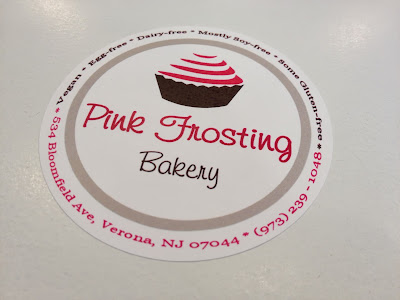 The interior of the shop was modern, bright, and clean; overall: extremely understated. 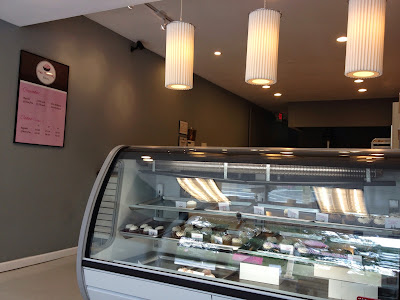 There was a single sign listing the cupcake and cake pricing options. 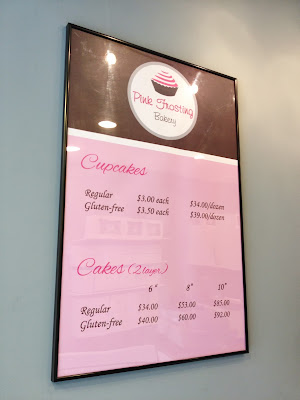 And a single (hard to photograph) case with about ten cupcake options (at the time of our visit)- a few of which were gluten-free. 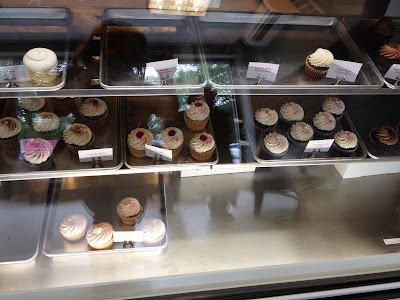 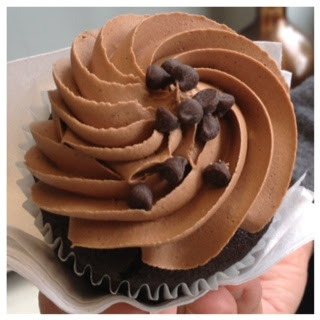 I don't love cupcakes (I know; blasphemy!); frosting isn't my thing and the elements are just too compartmentalized for me.  However, this frosting was extremely appealing: almost a frosting/mousse hybrid.  And, while it may not have been pleasant to watch me eat it, without utensils, in such a way that I made sure to always have an equal bite of frosting to bite of cake, the whole thing was absolutely top notch.

So much so that we each decided to take a few home.


I will note that while there is a small seating area in the shop, it's not exactly conducive to optimal eat-in cupcake enjoyment.  There are tiny tables nowhere near the height or placement necessary to actually eat comfortably off of them, and we were given only a napkin with which to do so even though we'd explicitly stated we'd be staying.  It would be great if they'd install a counter and stools so that cupcakes could be served on plates, but I did get the distinct impression that they weren't necessarily encouraging customers to dine-in. 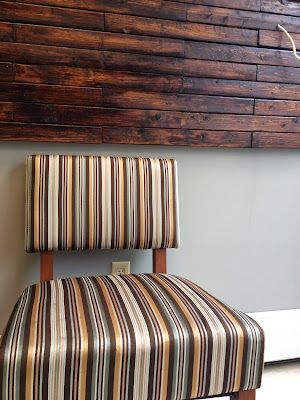 So, instead, take your cupcake to-go and enjoying it in the beautiful park right across the street. 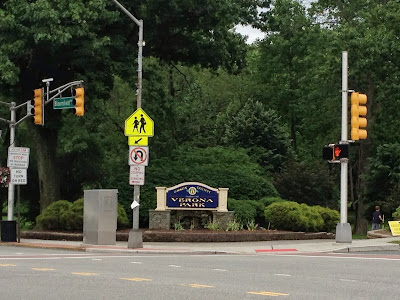 We did walk through the park, but without our cupcakes; mine traveled home to be shared with the Esteemed Tasting Panel. 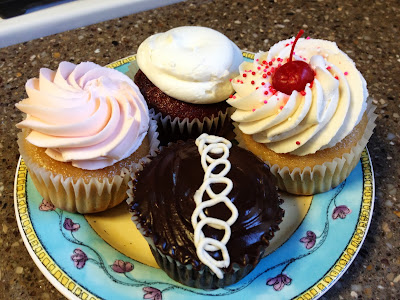 While we were there, the shop was sold-out of the chocolate swirl: chocolate cake filled with vanilla buttercream dipped in ganache and decorated with a swirl.  But since the sign had obviously caught our attention, the superbly friendly employee was kind enough to make one for each of us on the spot.  While I didn't love the filling, the ganache was delicious and paired really well with what I already knew would be yummy chocolate cake.  Everyone liked this one, but agreed that the filling needed to be creamier. 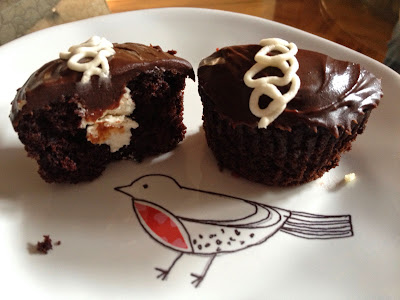 The red velvet: red velvet cake frosted with our delicious vegan cream was also a winner; I especially liked that the frosting was a cross between buttercream and cream cheese without being your typical cream cheese frosting.  This earned another thumbs up from all, reminiscent of our favorite red velvet, yet not quite the same as this famous one. 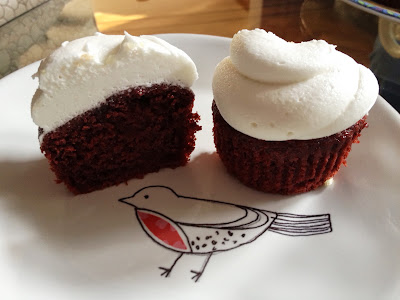 Finally: pink frosting!  Strawberry: vanilla cake filled with strawberry preserves and topped with strawberry frosting.  I chose this cupcake because I'm a sucker for filled cupcakes.  However, I don't love strawberry and I don't like preserves!  My displeasure is no reflection on the cupcake, just an observation from a fruity dessert hater.  The rest of the ETP loved it; I dare say it was their favorite? 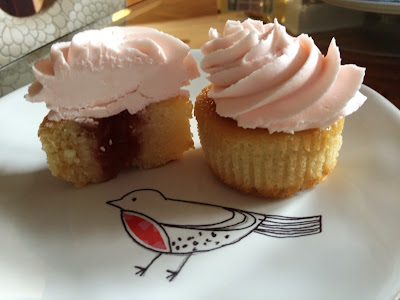 What happened here was that I didn't realize that I hadn't already requested another chocolate lovers cupcake to-go.  So, with an extra slot available in my box (filling it was not a shop requirement, just a personal one), I picked the vanilla: vanilla cake topped with vanilla buttercream frosting: mostly because I was mesmerized by the sprinkles and cherry set against the backdrop of all of the other, non-decorated cupcakes.  It wound up having a really nice vanilla flavor, so I didn't feel as bad about having forgotten to get another chocolate lovers- which was my overall favorite. 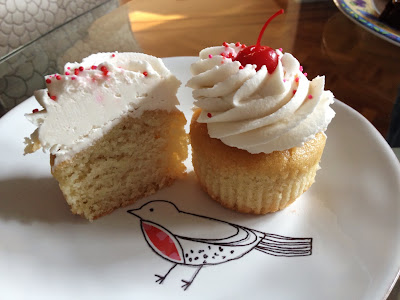 Here's my take on Pink Frosting:  The shop isn't flashy, the cupcakes don't have clever names, and their decorations aren't over the top; they're just really good cupcakes.  Give them a try and do eat them pronto; they're homemade from scratch!
Posted by Abby Bean at 1:13 PM