If you've been a fan of this blog for any length of time, you probably know that out of all of the ice cream I've consumed since the inception of A (soy) Bean, Lula's Sweet Apothecary has been my demonstrated favorite by a landslide, which is why I dubbed it The Best Ice Cream Shop in the Universe. TBICSITU was not only a fitting description, but it also helped bridge the awkward reference gap between the original Lula's shop 2009 - 2013 and the eventual "Blythe Anne's" 2014 - 2016. 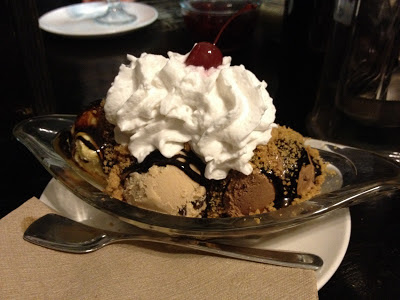 A little known fact that's been hiding in plain sight, unchanged since 2009, is that the proprietor of Lula's, Blythe, had no small part in this blog coming to fruition. More than that, though, is that I came to Lula's in the first place rather out of character- having been suffering through a depression for some time that included not eating very much as an unconscious side effect. There was just something about the promise of all of my childhood (and, let's face it: adulthood) dreams coming to fruition- vegan style, in a quaint but stately little shop in the East Village, that immediately drew me in. More than once I found myself (and, oftentimes my family) sitting outside the shop waiting for 3:00pm when the black curtain would be lifted and the shop opened for business. 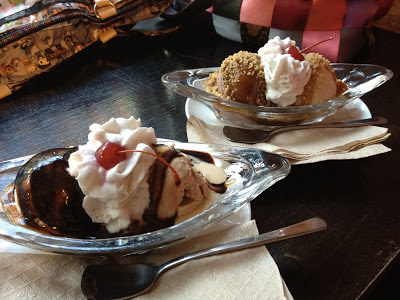 Ironically, it was at Lula's counter: first running front to back and then, post renovation, side to side, that I began making friends again. Having lost many when I couldn't be a very good one myself, these friends were the catalyst to my current community, for which I am extraordinarily grateful. 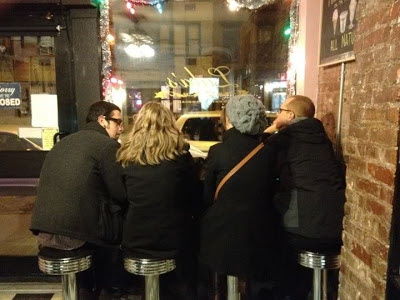 All of this is to say that Blythe Anne's, formerly Lula's, has just shuttered for good and what that means is that we've lost a gem in this vegan world of ours.
Posted by Abby Bean at 7:46 AM