This has been a rather trying week, so let's look at some pics of 89 celebrating her most recent birthday this month!

Here she is modeling her new Love Thy Beast tunic (she also got a hoodie!). 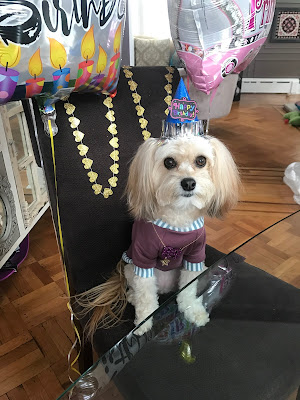 We started the day with pancakes because: BIRTHDAY FOOD! You're gonna want to do yourself a favor and watch the munching in action. 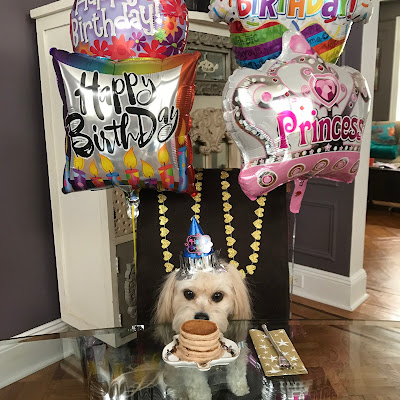 I have no idea why she looks so glum here; she's surrounded by presents. 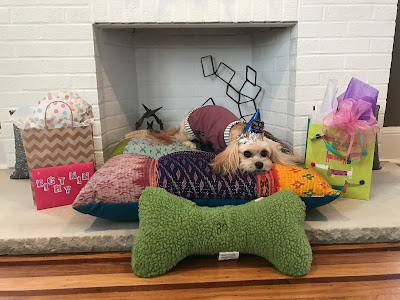 She got all kinds of clothes and toys, but her BIG present was this nameplate by Tatty Devine. 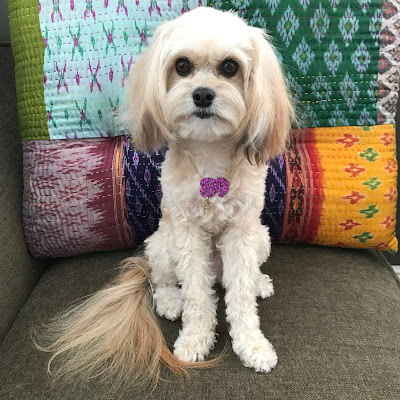 Furry close-up of its fabulousness: 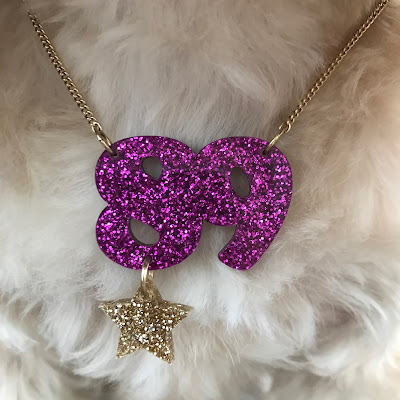 Presents or no, boredom set in once the pancakes were gone. 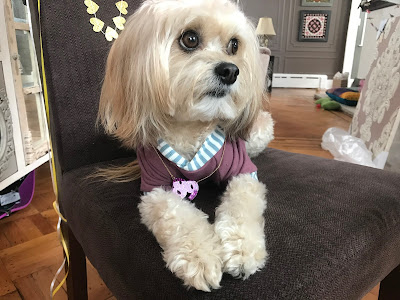 She also got this fab little crown, which made her extremely cuddly. Who doesn't want to nap on their bday? 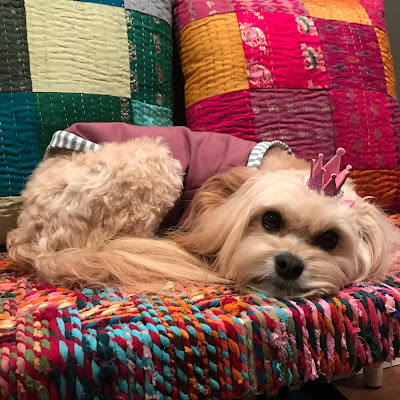 In the absence of more pancakes, she conceded to playing with her new toys. 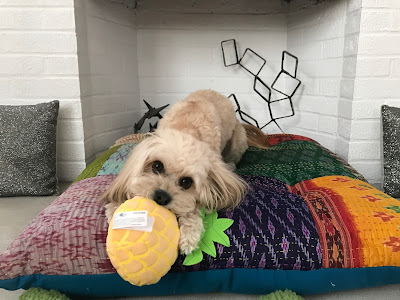 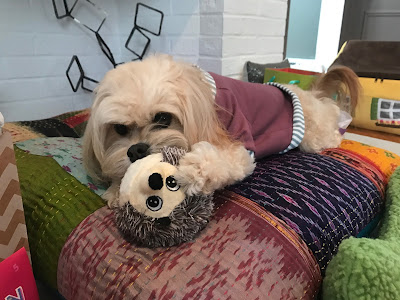 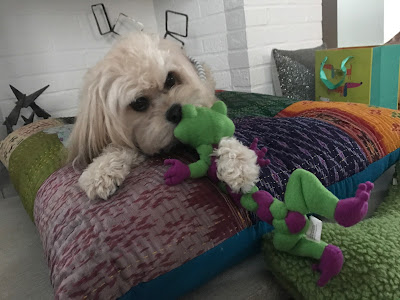 After some spaghetti for dinner, I was able to rustle up a treat or two from her favey chef. 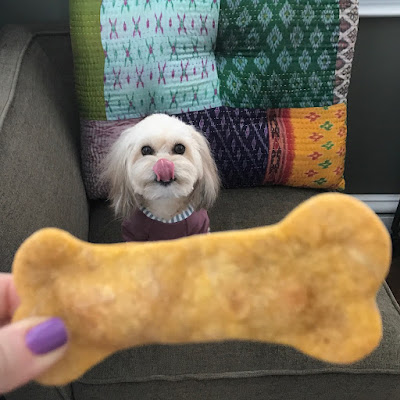