Double Zero (formerly 00 & co) is relatively pricey pizza resto, there's no getting around that. It's up to you if you decide that a $20 personal pizza is worth it to you; I'm not judging. Under normal circumstances, I'd say it's worth it to me. The pizza is good and the location is killer (for me). 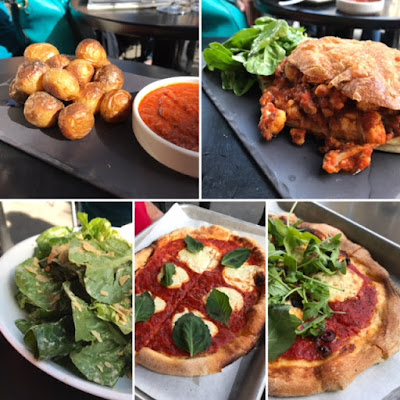 But, something is off. The prices have increased incrementally, but I'm not sure the food has kept up. And the service? Therein lies the problem. A place with a limited menu shouldn't have such a hard time getting the service right.

On my most recent visit there were three of us. We were seated right away, but then it took an inordinate amount of time to acquire an iced tea- even longer to get sweetener. So long, in fact, that we guessed they made hot tea and let it cool to room temperature before adding ice. There are only two non-alcoholic spritzers on the menu and they were out of one. The waitress suspiciously told me there isn't much taste difference between the two even though they're lemon basil and rosemary cucumber.

Our appetizers didn't come out together. We hungrily watched OD eat his sunflower Caesar with baby romaine (not loving the choice), capers, sunflower parmesan (excellent). 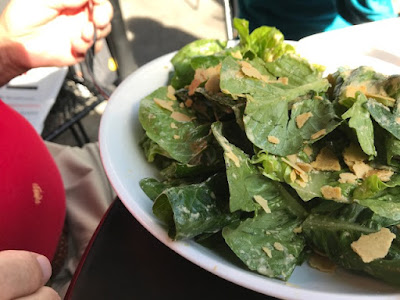 He was long finished when our oven roasted fingerling potatoes with spicy marinara finally came out. Luckily VM and I are nice, so we shared. 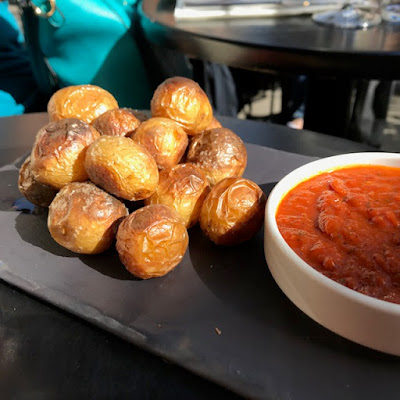 For entrees, VM's brunch cauliflower parm sandwich with spicy marinara and cashew mozzarella was a nice choice. It was way too messy to have been served on the slate slab, but I could have overlooked that had our other two entrees not taken an additional 20 minutes to come out. Because she is the most polite person I know, she waited and ate it cold. In case you were wondering, cold cauli parm is not ideal. 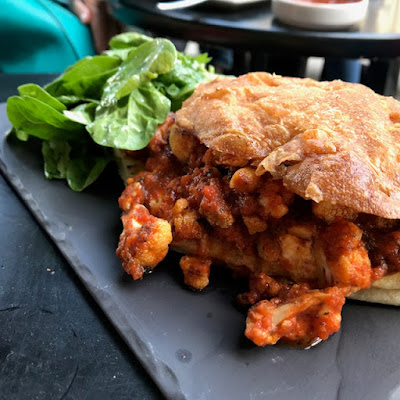 89 ate some spinach while we waited because she's not nearly as polite. 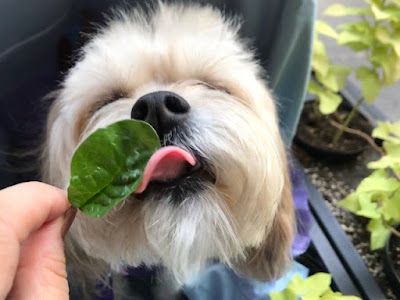 My dad chose the tomato, basil, cashew mozzarella pie and gobbled it up; that's the best review you'll get from him. You'll notice their signature pile of red pepper flakes is missing from the corner of the pan. I asked for some on the side and the server apologized for the oversight, but never brought any. 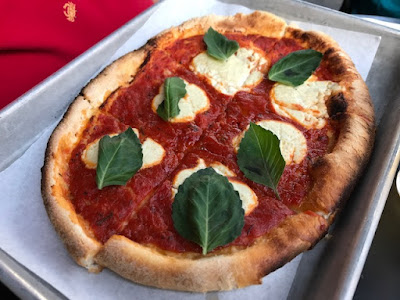 I ordered the eggplant bacon, tomato, garlic mozzarella, olives, oregano, arugula pizza. The eggplant bacon was amazing, but there wasn't even a piece per slice, and the pieces were pretty small. Same for the olives (sliced, not whole). I don't expect toppings such as these to be piled on, but for at least one piece of each ingredient  to make it on each of the 6 slices isn't too much to ask. 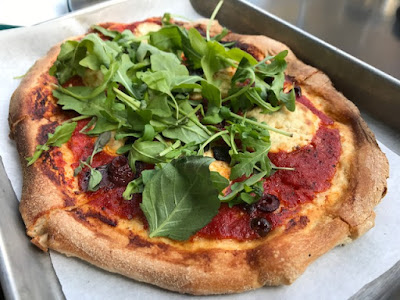 We were interested in dessert, but honestly didn't have the time to wait. As it was, we had to flag down someone for the check after sitting with our empty plates in front us for some time. Don't get me wrong; I hate to be rushed. But surely there is a happy medium?

In case you were wondering, we weren't alone in experiencing this service dilemma. A lady dining next to us ordered a hot tea and gave her credit card at the end of her meal. Twenty minutes later she asked to cancel the tea and just have the check. She was told "it had already been put in." Really? The tea order couldn't be recalled after twenty minutes? Honestly, they should have just left it to cool for the next person who ordered an iced tea.

All of this is to say- I love the idea, I love the location, and who can resist a dog-friendly (outdoor seating only) establishment? Not this girl. I'm hoping that this was just a fluke. 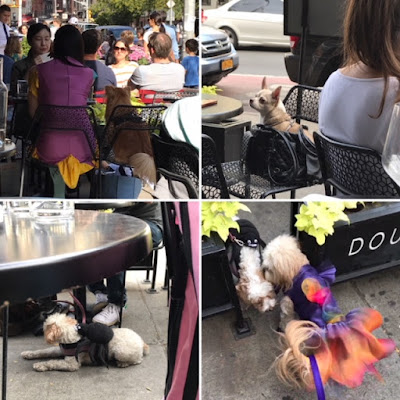 We were very happy to see that Bar Verde, another Matthew Kenney establishment, was coming soon (now open). I'm anxious to try it for a multitude of reasons- not the least of which is to see if the service is any better. 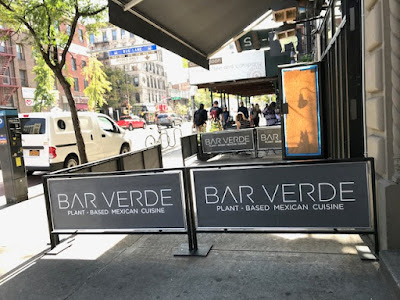 And in the hopes that they too, are pet-friendly. 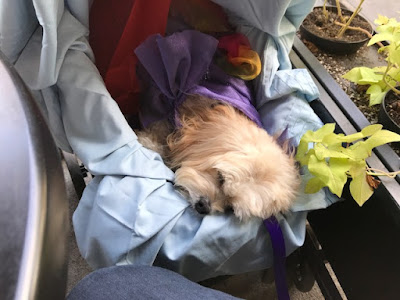