Soyatoo!, we've had some good times. Back when you were the only game in town, I was satisfied to wait a half hour for you to "defrost" from the fridge- despite the fact that your can claims that you only need to take it out 8-10 minutes in advance for it to be "ready to serve." Never mind that non-vegan whipped cream is ready at a moment's notice; we vegans are used to accommodating weird inefficiencies. I was even long-accustomed to throwing out what were probably half-full cans of Soyatoo!- simply because I couldn't, for the life of me, get it to come out even when I could feel that there was still cream left in the can. That problem just got chalked up to the vegan tax- paying twice as much money for half as much product. I was willing to accept all of this in order to fill the whipped cream-shaped hole in my life in any way I could. But, no longer. 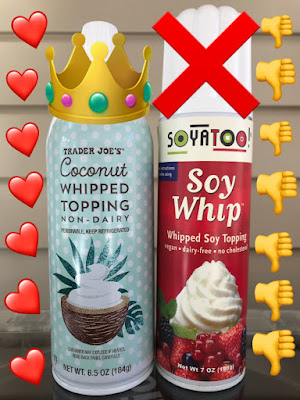 Veganism has come so far into the mainstream that I am able to be discerning in my quest for vegan whipped cream. Don't think I made this decision to ditch Soyatoo for Trader Joe's new coconut whipped topping lightly. I did what any responsible, whipped cream-loving vegan would do: I conducted a proper taste-test.

First, I had to wait the requisite eons letting my Soyatoo! warm up from the fridge. In case you're wondering, leaving the can in the sunniest spot in the house is the whipped cream equivalent of pressing tofu with a stack of cookbooks and cans. I know I'm not alone in getting creative with this. 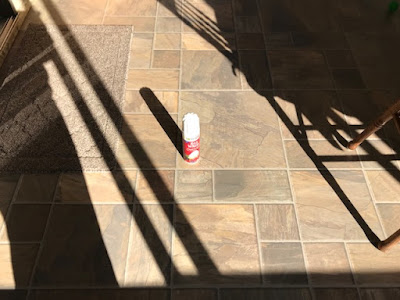 Anyone familiar with Soyatoo! knows that it can come out of the can relatively slowly (i.e. snail's pace)- even when full, and appear kind of, well, slug-like. To be fair, I made sure to squeeze out a pretty, Soyatoo! floret to visually compare with the creamy dollop of TJ's whipped cream that burst airily from the can DIRECTLY FROM THE FRIDGE. If it sounds like I'm bitter, it's because I am. Is it too much to have vegan whipped cream and be able to enjoy it on a whim? Must I plan a half hour ahead of time? And, as VM pointed out: imagine passing the sputtering can around the table at a large dinner party? It would be laughable. 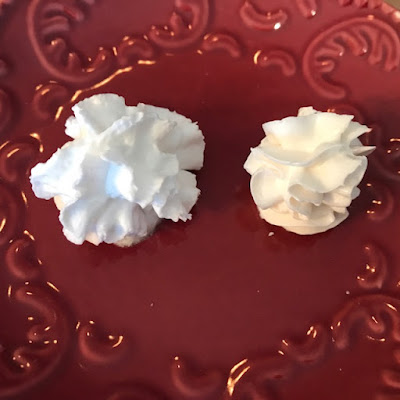 Admittedly, I'd never had an issue with Soyatoo!'s color, taste, or consistency until I compared it to TJs.

And, not to put too fine a point on it, TJ's comes right out of the can as soon as you want it to.


I estimate that it took me .0002 seconds to generously spritz TJ's on the left pie slice. I had to work for the plop of Soyatoo! on the right pie slice for about 4 minutes*: three sputtering tries and two unsuccessful attempts included. *This after the 30 minutes of defrost... 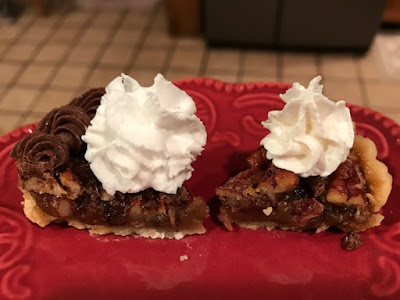 All of this to say: it's over, Soyatoo!; I am never, ever, ever getting back together with you and your stupid "!," which- by the way, is an indication of SO SLOW!!

If you need me, I'll be stocking up on TJ's. One for home, one for VM's, one for the car, and one for my purse. Two extras just to be on the safe side.

UPDATE: before I even had the chance to post this, I stopped by Trader Joe's to pick up a bushel more cans of whip. To my dismay, I was met with this sign. 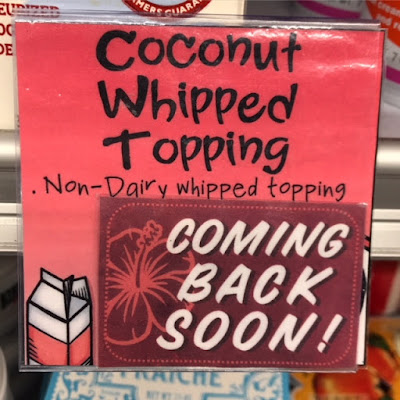 The cashier kindly told me that there would be a delivery the next day and that I could call in the morning to ask if they'd hold a can or two for me. In order to "hold" a case, I'd have to place an order in advance. What? You didn't think I'd ask?

Anyway, because I am awfully impatient, I chose to drive to the next closest TJ's in the meantime. Not only were they out as well, but there was not even a sign there. So, I panicked and inquired at customer service. To my surprise, they told me the product is "on hold" as they deal with a "quality issue." "QUALITY ISSUE?," I demanded, "It's practically the world's perfect food!" One of the nearby staff members instantly agreed with me: nodding his head and recommending it on pina coladas (genius). I was assured that the issue was with the packaging, but the whole thing sounds suspect to me. I wanted to blame someone. The USDA, the National Dairy Council...BIG AG? So, this morning I called the original location to request a hold. Sadly, the gentleman I spoke to told me the cashier had been mistaken and went on to reiterate the 2nd location's explanation about the quality issue. He confirmed that it is a problem with the packaging. Apparently they identified an issue with getting the whip to dispense, AND THEY ARE ADDRESSING IT. Imagine that, Soyatoo! Oh, the irony.

I'll keep you posted on the progress of my quest over on Instagram; in the meantime, think positive thoughts on the matter. I meant what I said about Soyatoo!; our breakup was final. Now that I know how good it can be, I'll wait for TJs to make a comeback.

UPDATE 12/5/17: I went back to TJ's yesterday (I'm nothing if not persistent) and customer service told me the issue is that the can originally stated erroneously that the item was a product of Canada, instead of Indonesia. The person I spoke with said this is an "easy fix" but that it "could take some time." In the meantime, I went to Whole Foods to snag their vegan whipped cream (that I just learned about from Jesse) and there wasn't even a spot on the shelf for it. Is there a vegan whipped cream conspiracy going on? Now I just blame Soyatoo! !

UPDATE 12/19/17: This very can of Soyatoo! is still 80% full, but guess what? NOTHING WILL COME OUT. I left it out of the fridge overnight and it still won't budge. I just went on their website so I can send them a strongly worded letter, only to find out that their email address is north.america@tofutown.com. You really can't be angry at someone whose domain is tofutown. It's practically veganville!
Posted by Abby Bean at 6:55 AM