Had a special treat for Valentine's Day this year: chocolates from Divine Treasures! 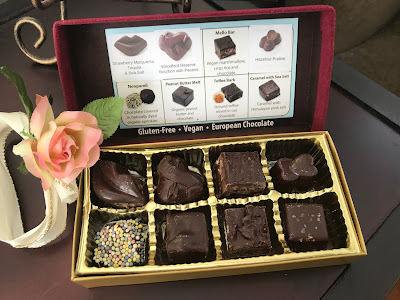 In addition to the above assortment, which we'll get back to, were other wonderful treats that I'm still enjoying because I'm trying not to overdo it (for example, please see previous V-day posts).

The first thing I dug into was one of these Hettie the Hedgehogs. Filled with coconut cream and almonds, these are basically the most delicious coconut/almond/dark chocolate candy bars, but, because they're hedgehog-shaped, they're infinitely superior to any non-hedgehog shaped candy bar. Absolutely DELICIOUS and the proportion of chocolate to yummy filling was perfection. i have a special affinity for hedgies because 89 loves 'em (plush versions). *edited to ad that you can't tell how cute the hedgie is in this pic because if I open another one, I will immediately stuff it in my pie hole. 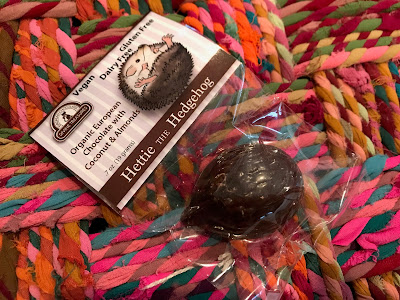 Then I opened the assortment, which was wrapped quite nicely (bag not included). 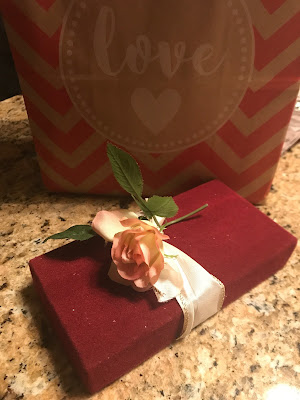 Even better, though, was the fact that there was a chocolate key inside! You know: the little chart that tells you exactly which chocolates are which flavors; I love that. 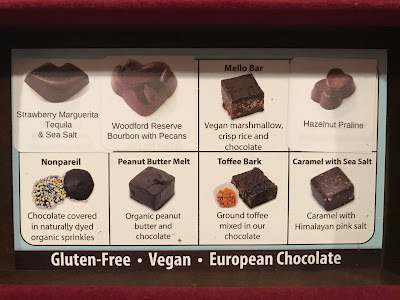 But the BEST part about getting an assortment like this is that dogs can't eat chocolate, so... NO SHARING NECESSARY! Sorry, nerd. 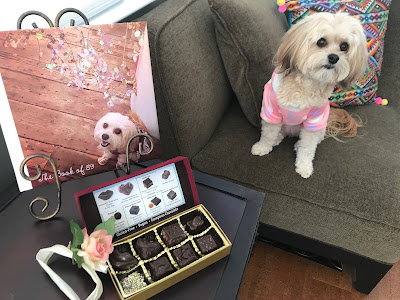 The first thing I devoured ate was the non-pareils. Lucky for me, there was another box full of them lurking in my V-day package, so there were many to fall back on. 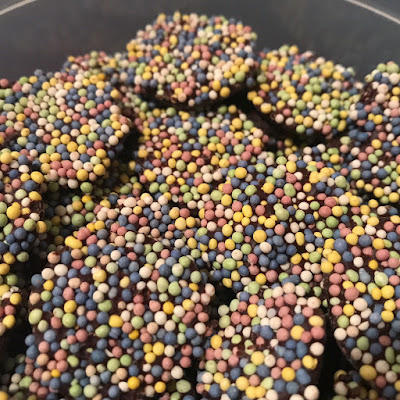 The rest of the flavors were truly an assortment. I've done you the favor of rating them one through eight, with 1 being best (obviously). I'm hoping this information will be very helpful to my chocolate benefactors when buying me more chocolate you. 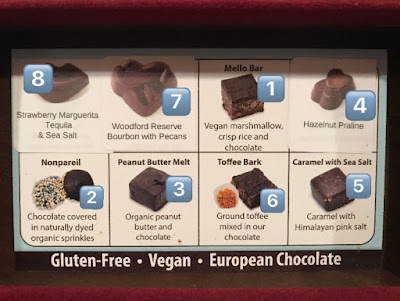 Here's some specifics to back up my ratings:

Other than my chocolate, 89 got a pink stuffed lamb to devour and flowers. 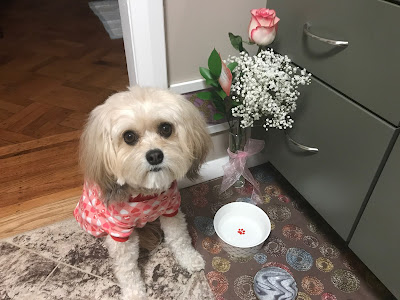 I got flowers too. Beautiful. Not edible. 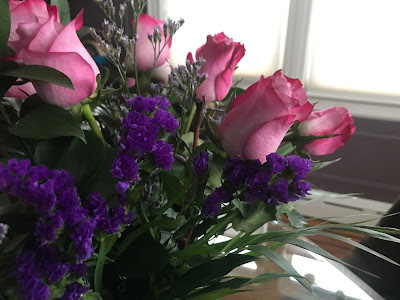 When's the next chocolate-appropriate gift-giving holiday?
In the meantime, you can check out 89's insta for the rest of her valentine's outfits and assorted shenanigans.