The stars finally aligned and I found myself at the door to Jajaja- right at the top of the F train stairs, 5 minutes before opening on a weekend morning. 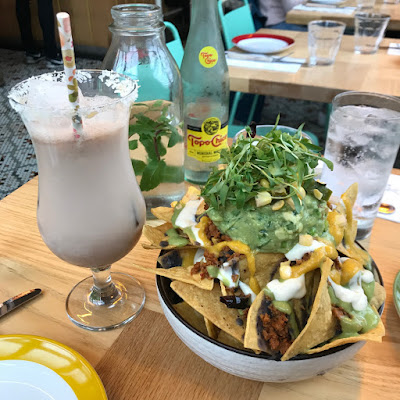 But, I'm getting ahead of myself with this picture.

The interior is bright and adorable; kitschy and inviting. 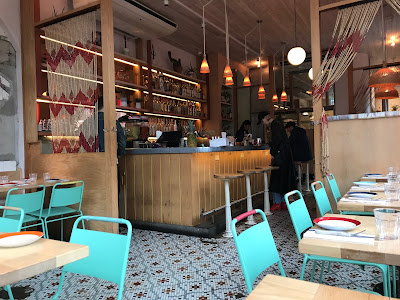 There's bar seating, tables, and a couple of booths. 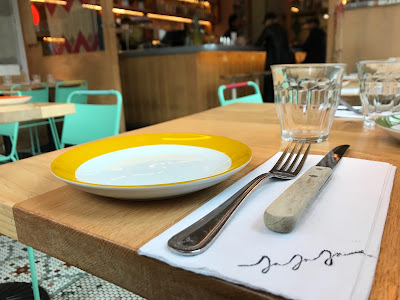 During our meal, we were attended to by a number of servers and staff: all were professional, knowledgeable, and helpful with great personalities. 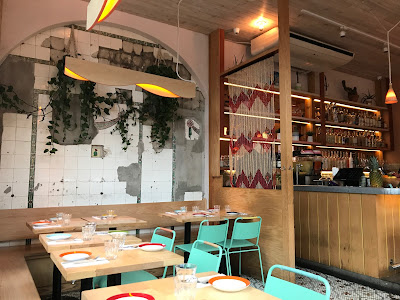 When the two of us attempted to order the large nachos, our initial server explained to us, completely without judgement, that we might want to add 2-4 additional people to our party if we were going to attempt to finish that serving size and all of the other things we wanted to try. Noted and appreciated!

These nachos: "our chorizo, fermented black beans, turmeric queso fundido, spicy vegetable relish, sour cream, and added guacamole" were exquisite. I'm not usually a fan of "meaty" nachos, but the chorizo crumbles (suspiciously reminiscent of those in the by Chloe taco salad) were ideally proportioned to all of the other toppings which, in turn, were perfectly proportioned to the chips, as well as throughout the dish. All that and nary a mushy chip anywhere within the bowl. So very well done; I don't know how you could come to Jajaja and not order these. *edited to add: if you really like heat, you should DEFINITELY eat the two dried peppers that my friend dismissed as garnish.


It was early and we'd decided not to do cocktails, which was fine- except for that they all looked so great as they were delivered around us from the bar. Instead, I chose the almond milk horchata, which came out looking uber festive with a rim of coconut, square ice cubes (I'm a sucker for square ice cubes), and a floral paper straw. Truly a creamy, non-alcoholic indulgence. 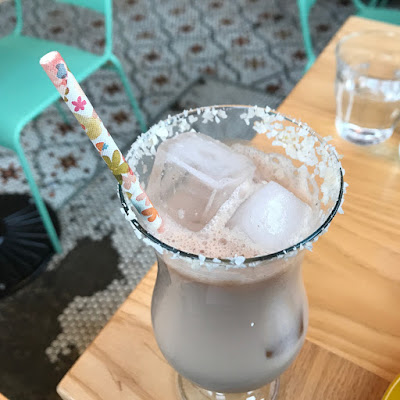 To ensure we'd have enough room for dessert, we decided to share the pupusas: two corn tortillas stuffed with beans, cashew cotija, serranos, topped with sour cream, shiitake bacon, romaine lettuce. The fresh toppings paired with the rich pupusas and umami mushroom bacon lent itself to a wholly decadent dish. 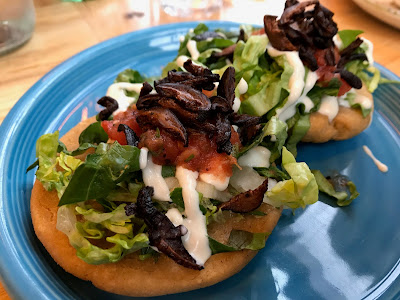 Blah, blah, blah; it was finally time for dessert! There was no question we were ordering the churritos with coconut dulce de leche and they far exceeded my expectations. 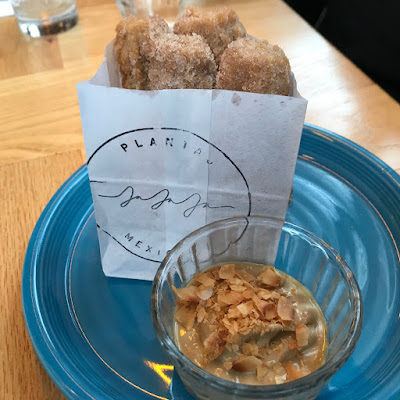 First of all, how cute are they: served in their own little, branded baggie? The churros were thick, crisp, perfection and the dulce de leche sauce was divine. Totally Superb. 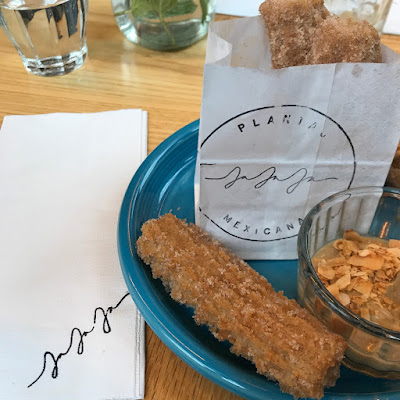 As if all that wasn't enough, the restroom...IS PINK! I was so enamored by it upon entry that I actually stopped in my tracks, causing the employee who entered behind me to kindly excuse my mindlessness by saying, "I know; it's a lot to take in." 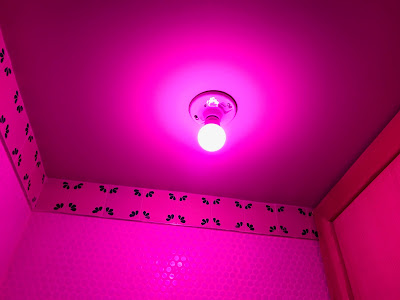 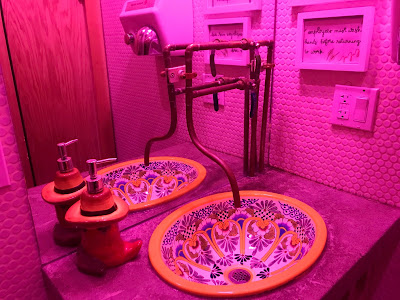 Jajaja hit all the right notes of atmosphere, service, food, drink and extra details; the only thing that seemed to be missing was pretense and I much prefer friendliness. 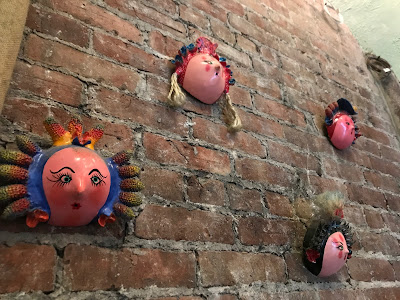 Highly recommend visiting soon and often. They don't take reservations, so you too may find yourself waiting for the doors to open 5 minutes before time. Enjoy!
Posted by Abby Bean at 9:37 AM