A few days after they went nationwide, I drove to found myself at Chipotle to try the new vegan option: tofu sofritas. 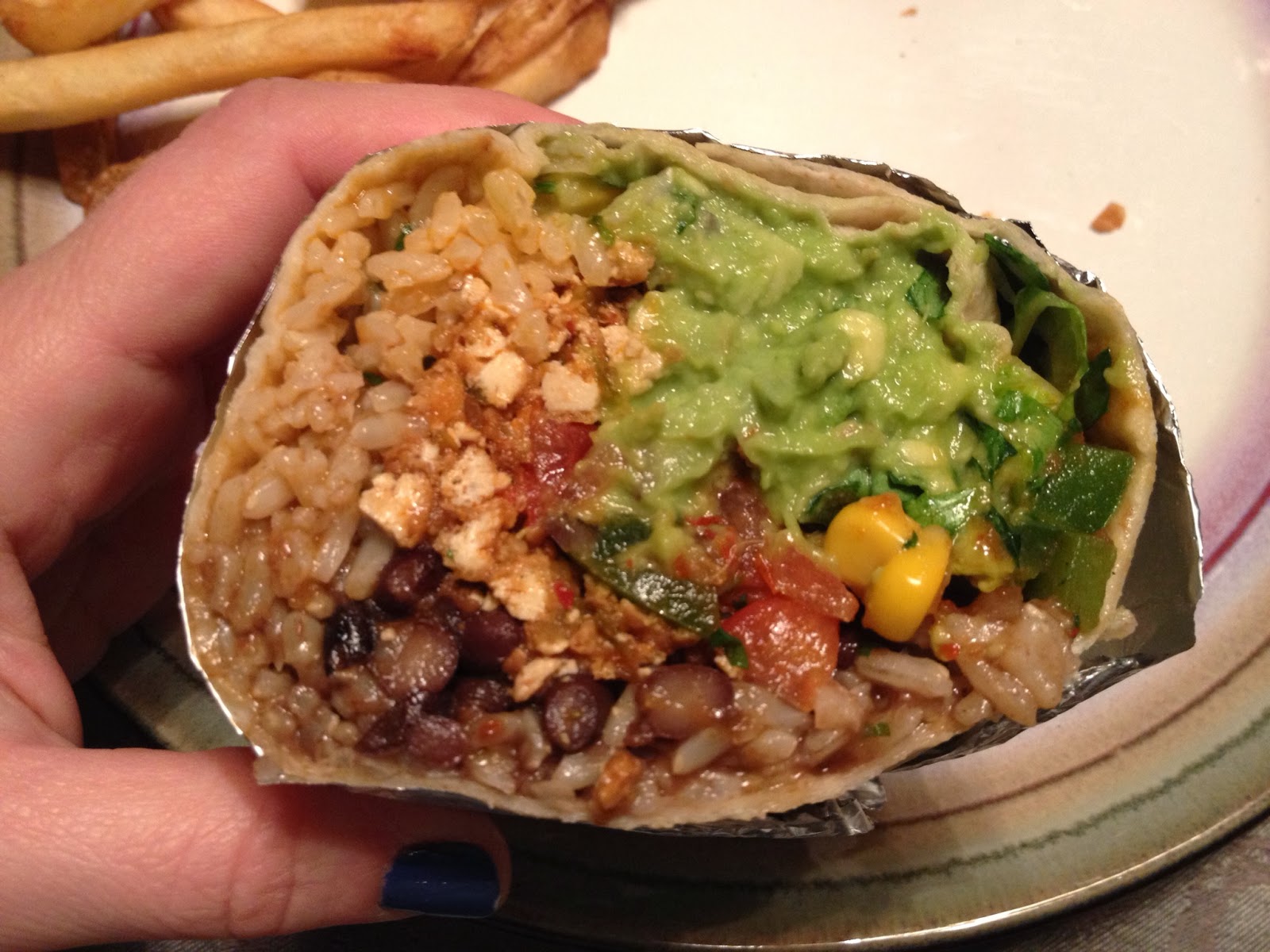 It's currently the featured item, described as,

"Shredded organic tofu braised with chipotle chilis, roasted poblanos, and a blend of aromatic spices.  For carnivores and vegans alike, try it on your burrito, bowl, tacos or salad."


"Carnivores?"  Pandering much?  But, I digress. 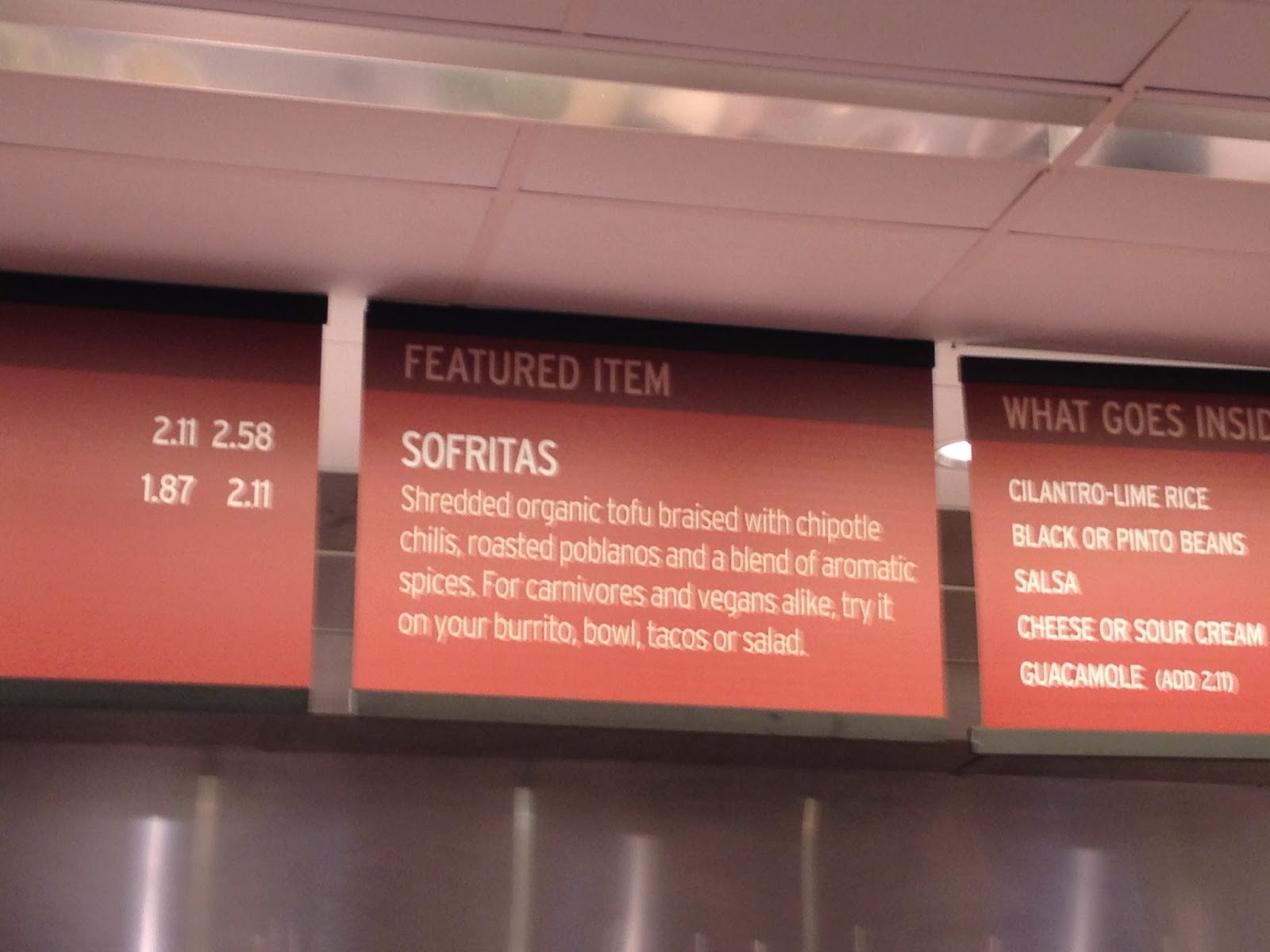 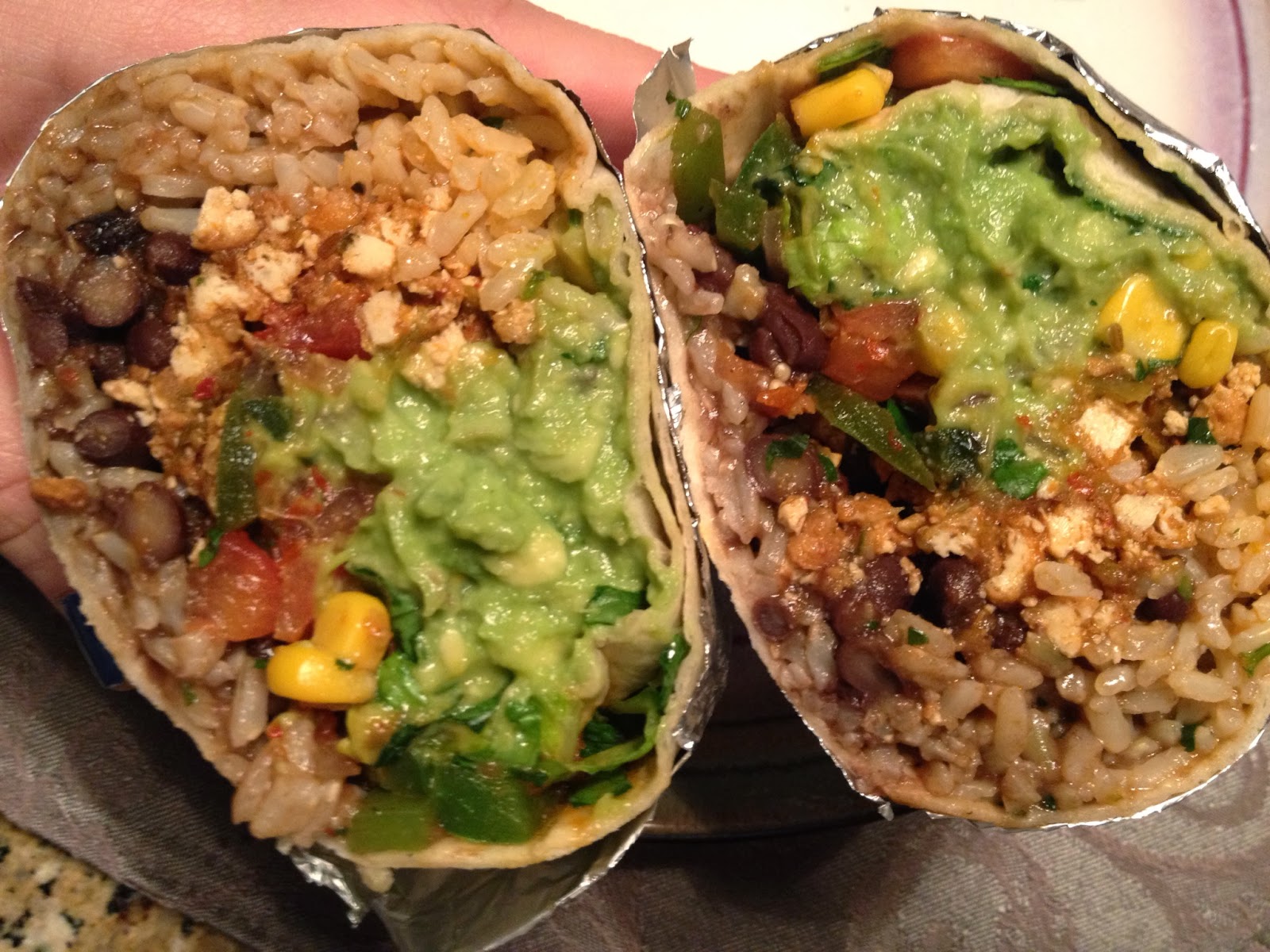 But, when I say "meaty," I mean really, really meaty.  For starters, I don't know why but I expected the tofu would have been prepared as marinated strips.  Instead, it's crumbled and possibly pan fried before being served with a slotted spoon out of a saucy bowl.  And the taste, in case I haven't been clear, is MEATY.  Also, the feel of it in your mouth is meaty.  It's been an extremely long time since I've eaten chopped meat, but I remember it vividly and this is it: veganized.  I can't even describe the actual flavor because I just couldn't get over the meatiness of it all.

Which is great!  I'm personally not into it, but I think we've already established that things can taste "meaty" (and "cheesy," and delicious, etc.) without being animal-based.  And, just to clarify: vegans aren't opposed to things tasting meaty, they're opposed to using animals- for food, material, entertainment, etc.  Not all vegans are vegan because they don't like the taste of animal products; they're vegan because it's speciesist to use animals to satisfy your own selfishness. 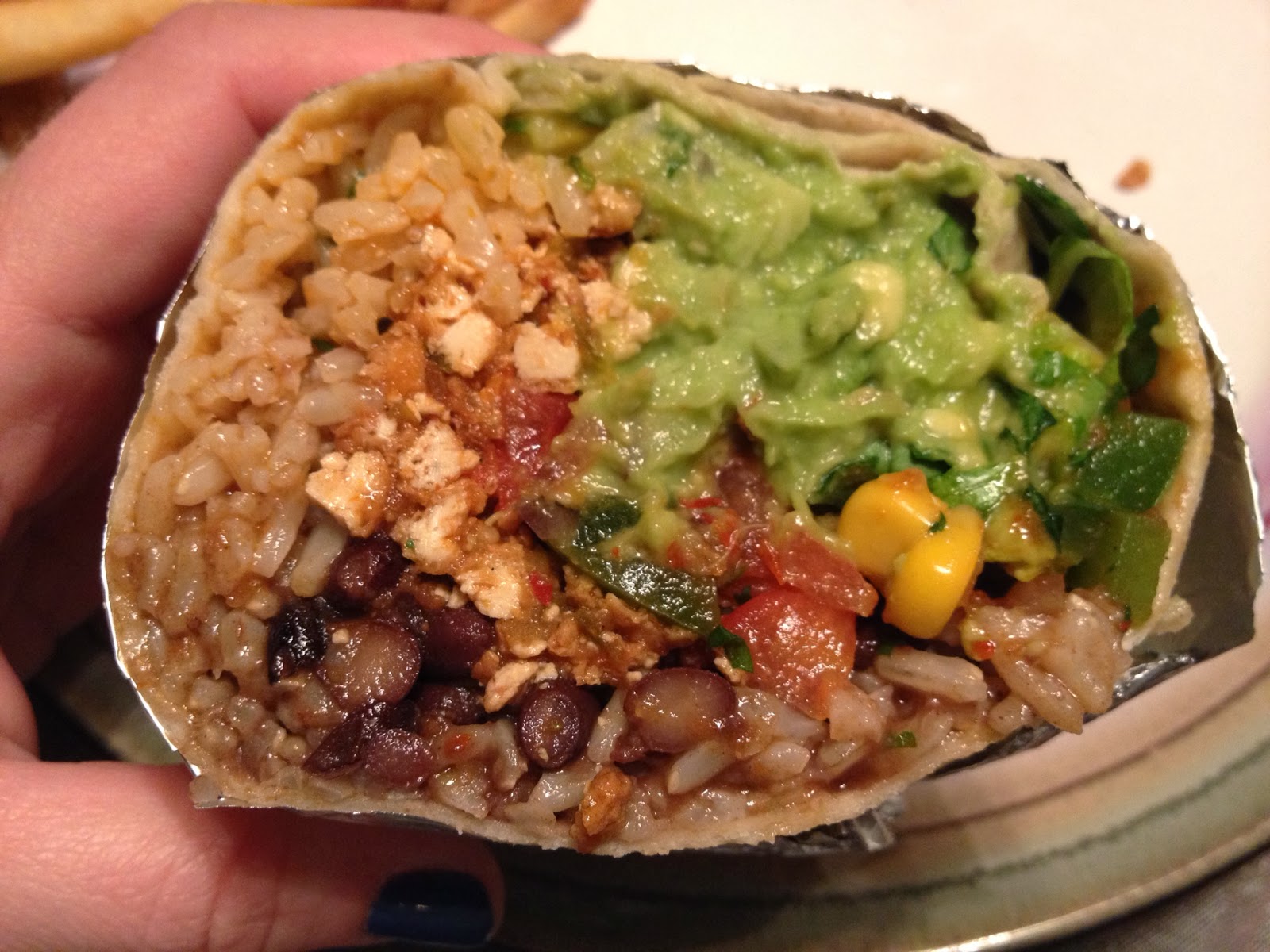 So, get your cruelty-free meaty meal on…and bring an OMNIvore (sorry, Chipotle; words do have meaning) to give it a whirl.  Apparently the self-described tofu-hating guy on Good Day NY was seriously chowing down on sofritas tacos without realizing it was tofu.  I even got my dad, who eschews all things bean-related (including- sometimes, me) to give it a try; he agreed that it tastes like chopped meat. 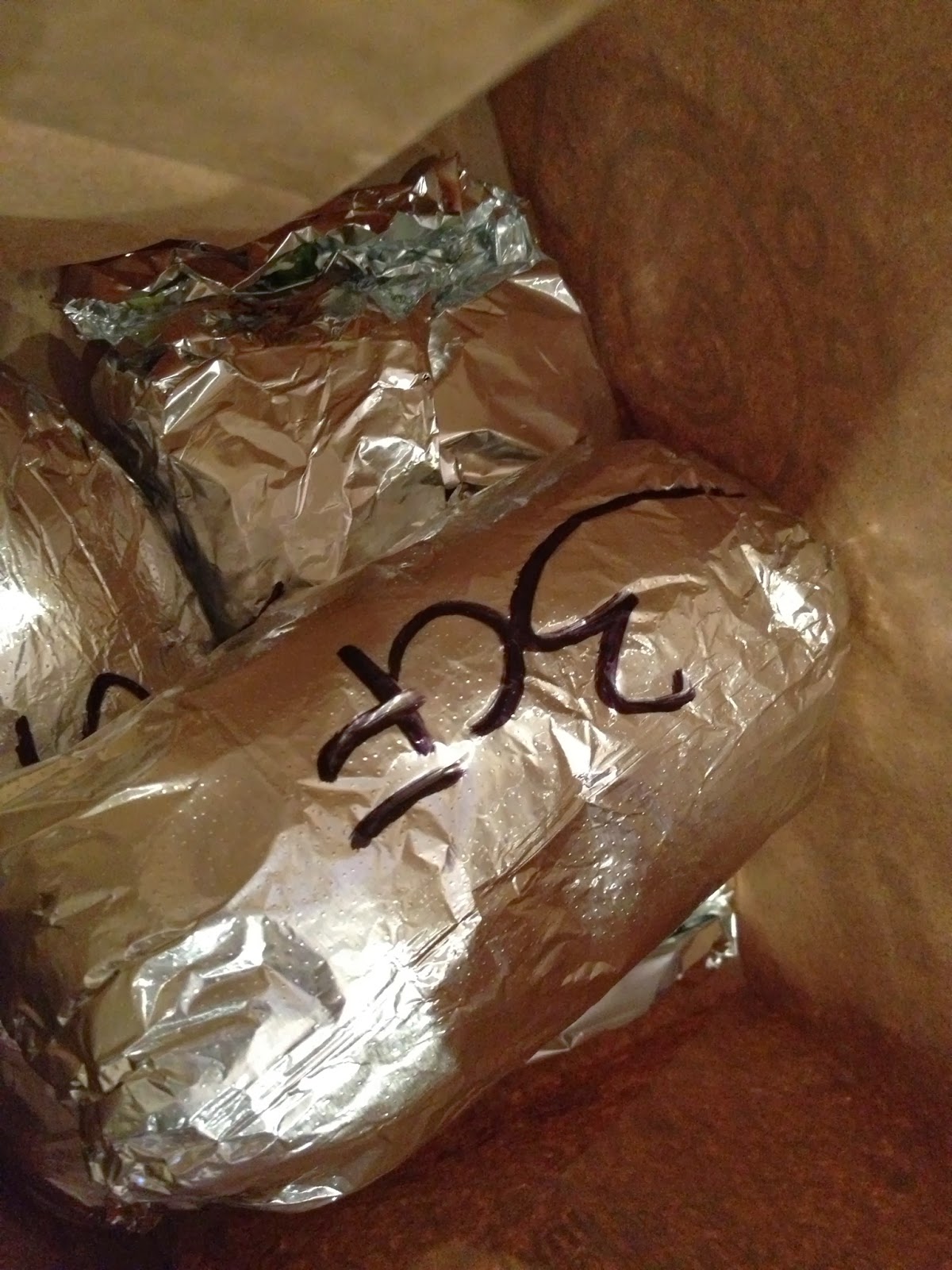 While I don't know how Chipotle will convince "carnivores" on a large scale to try the sofritas, if my Facebook feed is any indication, vegans are flocking to do so.  The more mainstream vegan options the better.

If you're looking, you'll now find the sofritas listed as a permanent option on the Chipotle menu: marked with a "V."  It's the same price as the original "veggie" option (beans/no meat), but guacamole isn't included with the sofritas.


See what you think; I'd be interested to hear it.
Posted by Abby Bean at 7:46 AM