Earlier this year, TCBY was kind enough to send me a gift card to try their then brand-new Silk vanilla almond frozen yogurt. 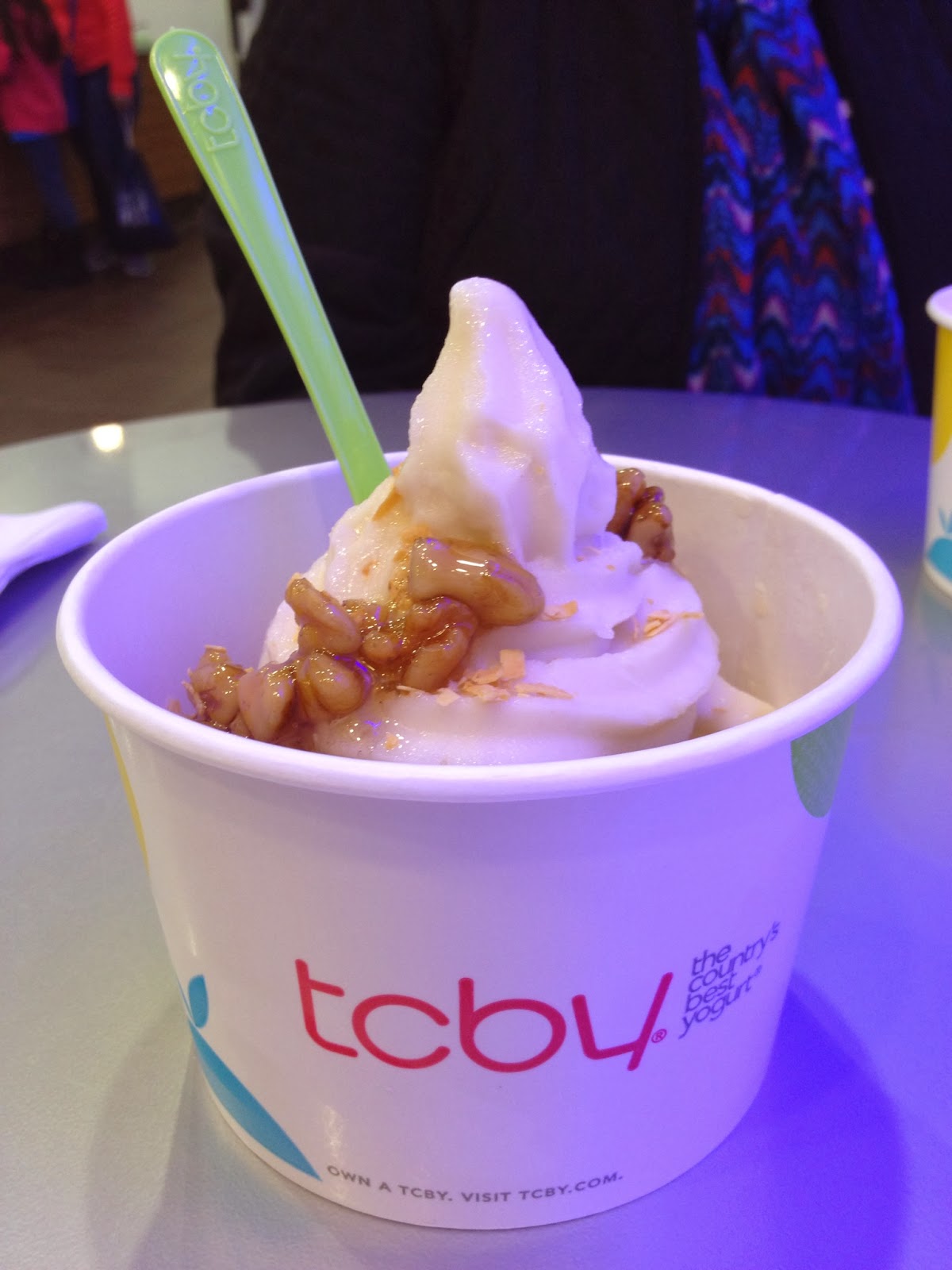 It was sweetly personalized and I was extremely anxious to use it. 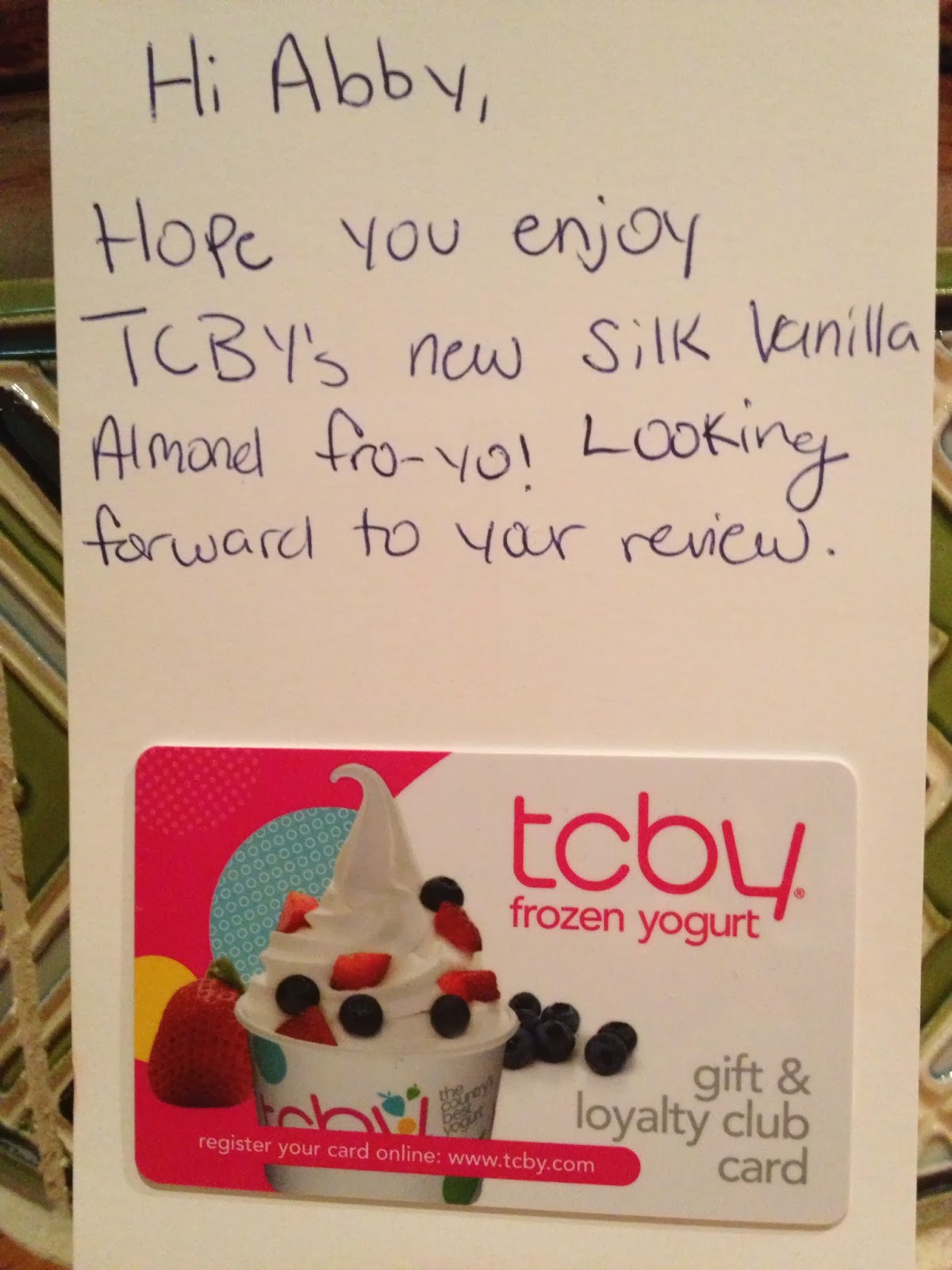 When I was a vegetarian, VM and I were huge fans of tcby's parfaits.  So, guess who came with? 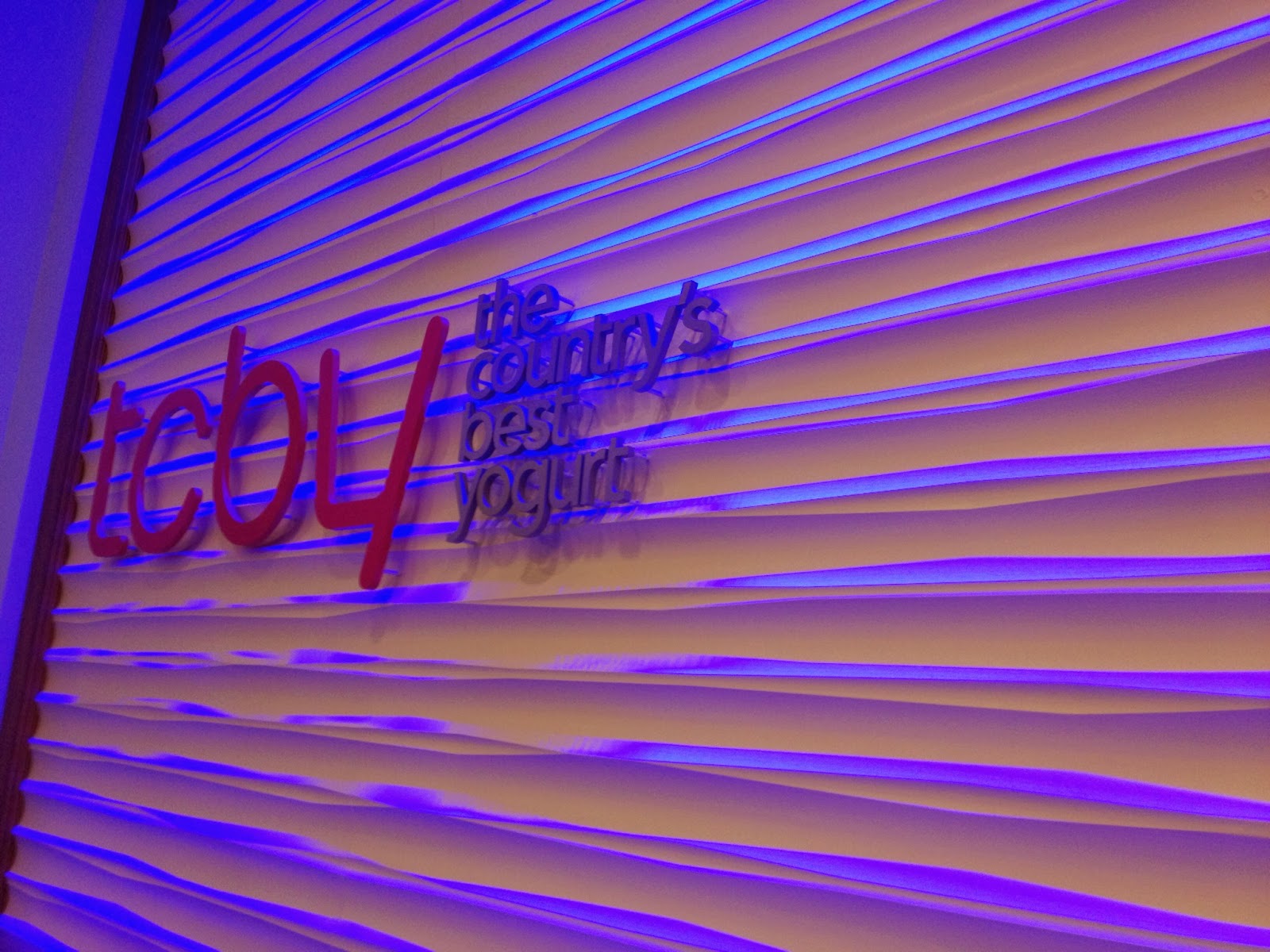 There isn't currently a TCBY in New York City, so we visited the one in Woodbridge Center Mall in Woodbridge, NJ. 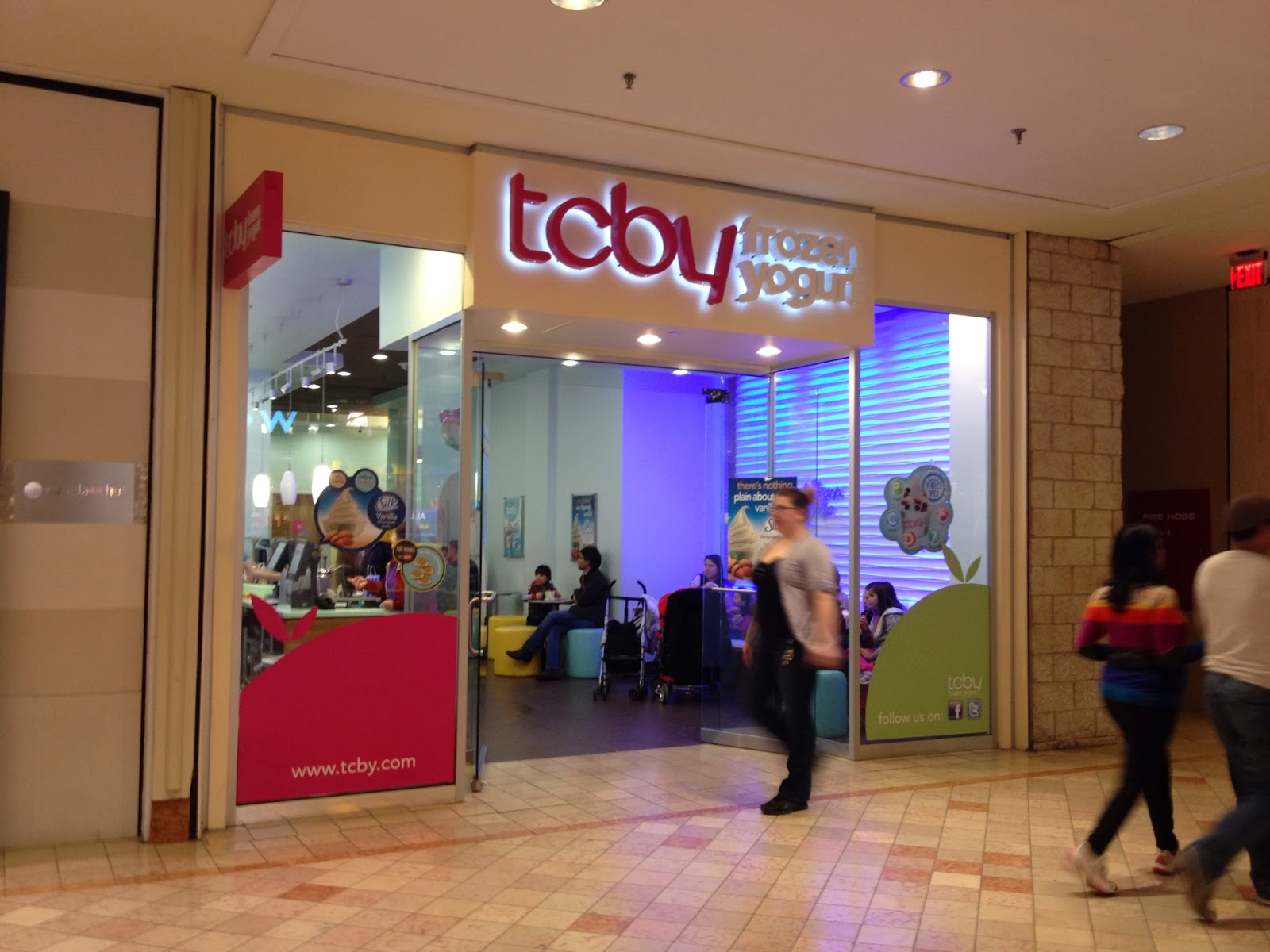 There were signs all over the inside and outside of the store advertising the new option and it actually said "vegan," although the website currently doesn't (it oddly shows that "real" symbol for milk from cows, which is obviously a very unfortunate mistake). 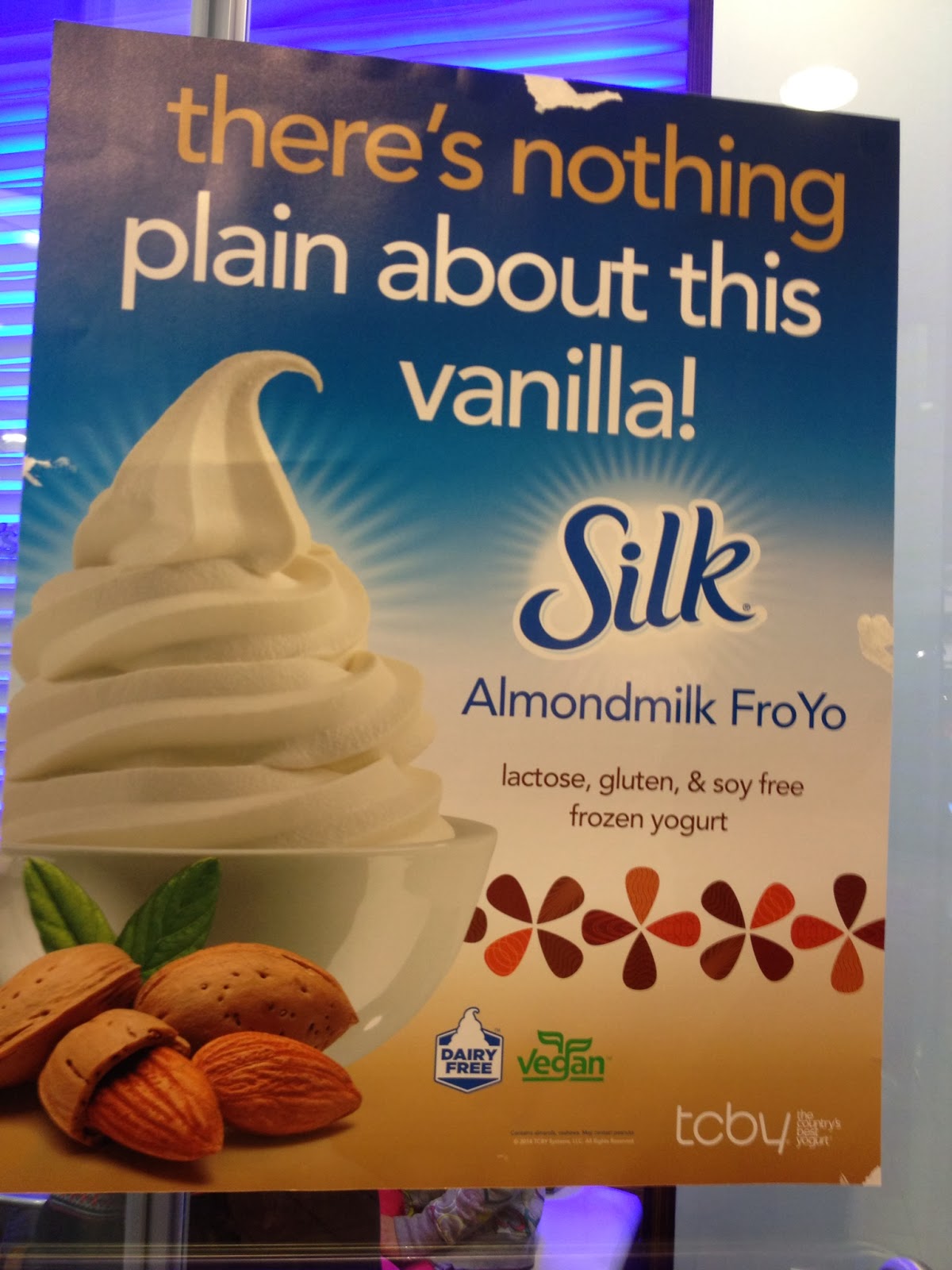 It had been a long time since I'd set foot in a TCBY; they're now set up self-serve: frozen yogurt as well as toppings that you assemble yourself and pay for by weight.  You can ask for samples of the flavors before you make your sundae, but when I visited there was only the one vegan option so there wasn't really a point. 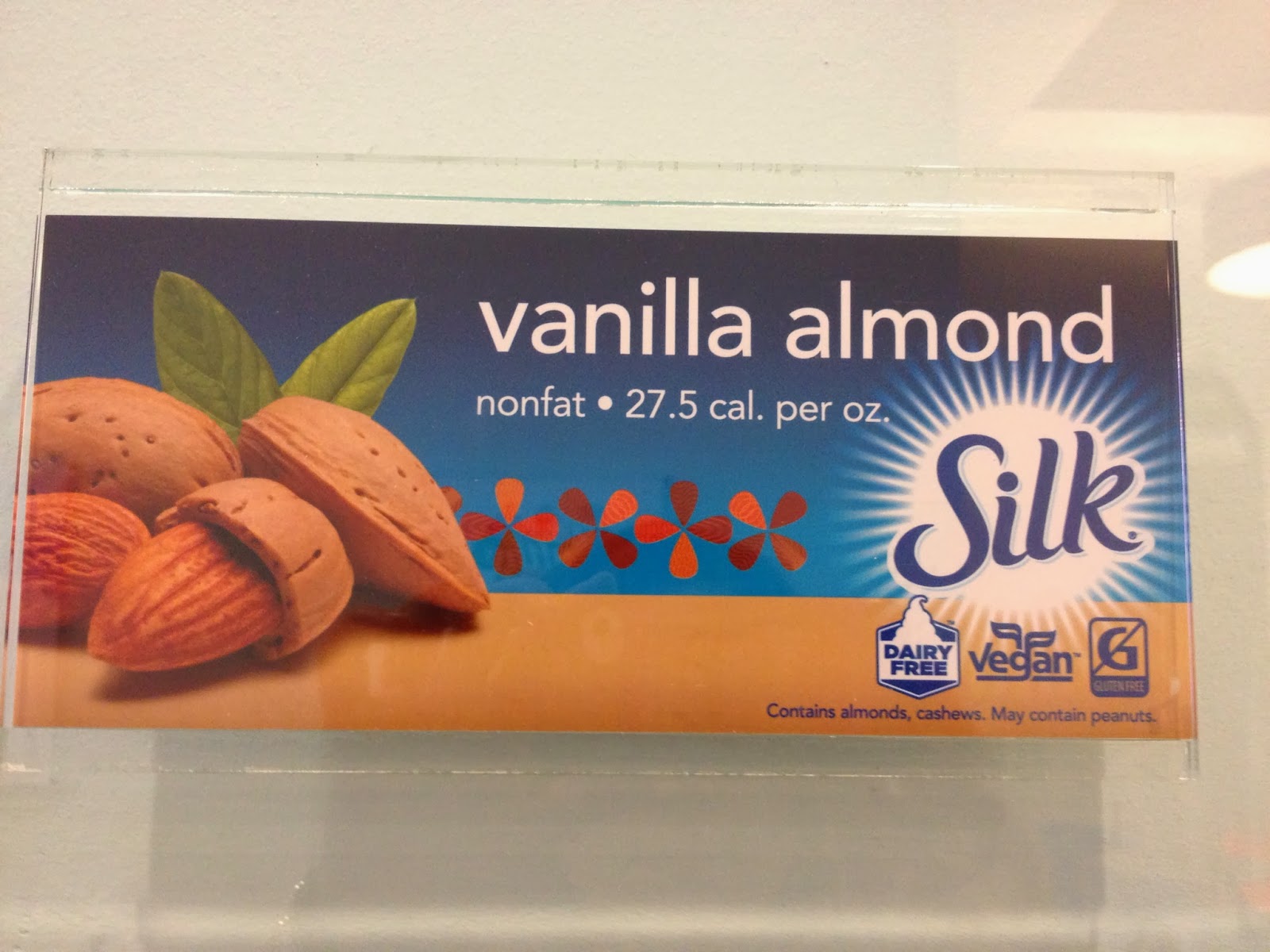 Because each machine holds two flavors, the vegan, vanilla almond Silk was paired with an orange sorbet that we initially assumed was vegan. 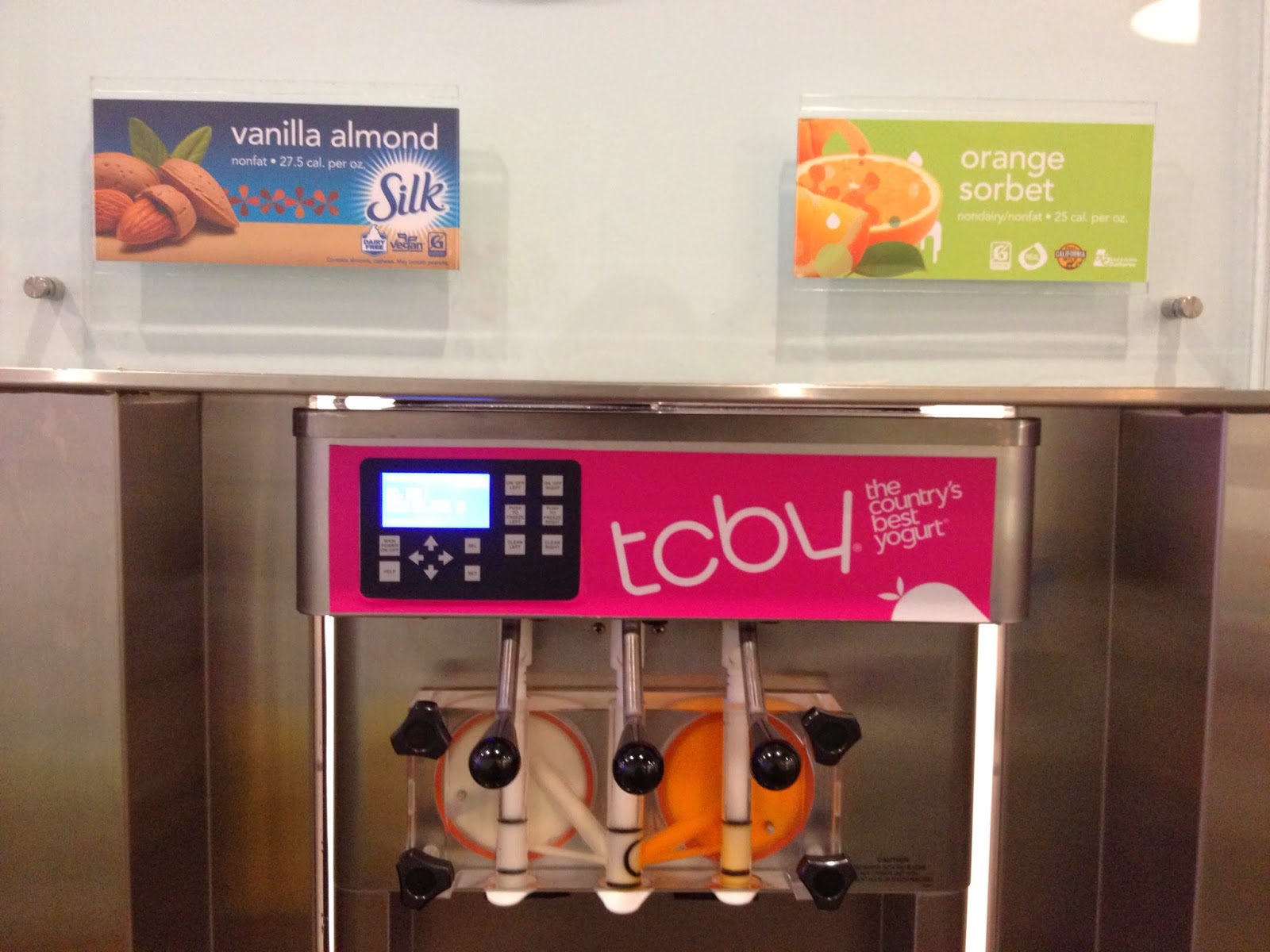 Nope!  Reminder: "sorbet" and "nondairy" does not always mean vegan.  Fruity desserts aren't my thing anyway, but I hope they choose to carry a complimentary vegan flavor (chocolate!) to pair with the vanilla almond instead. 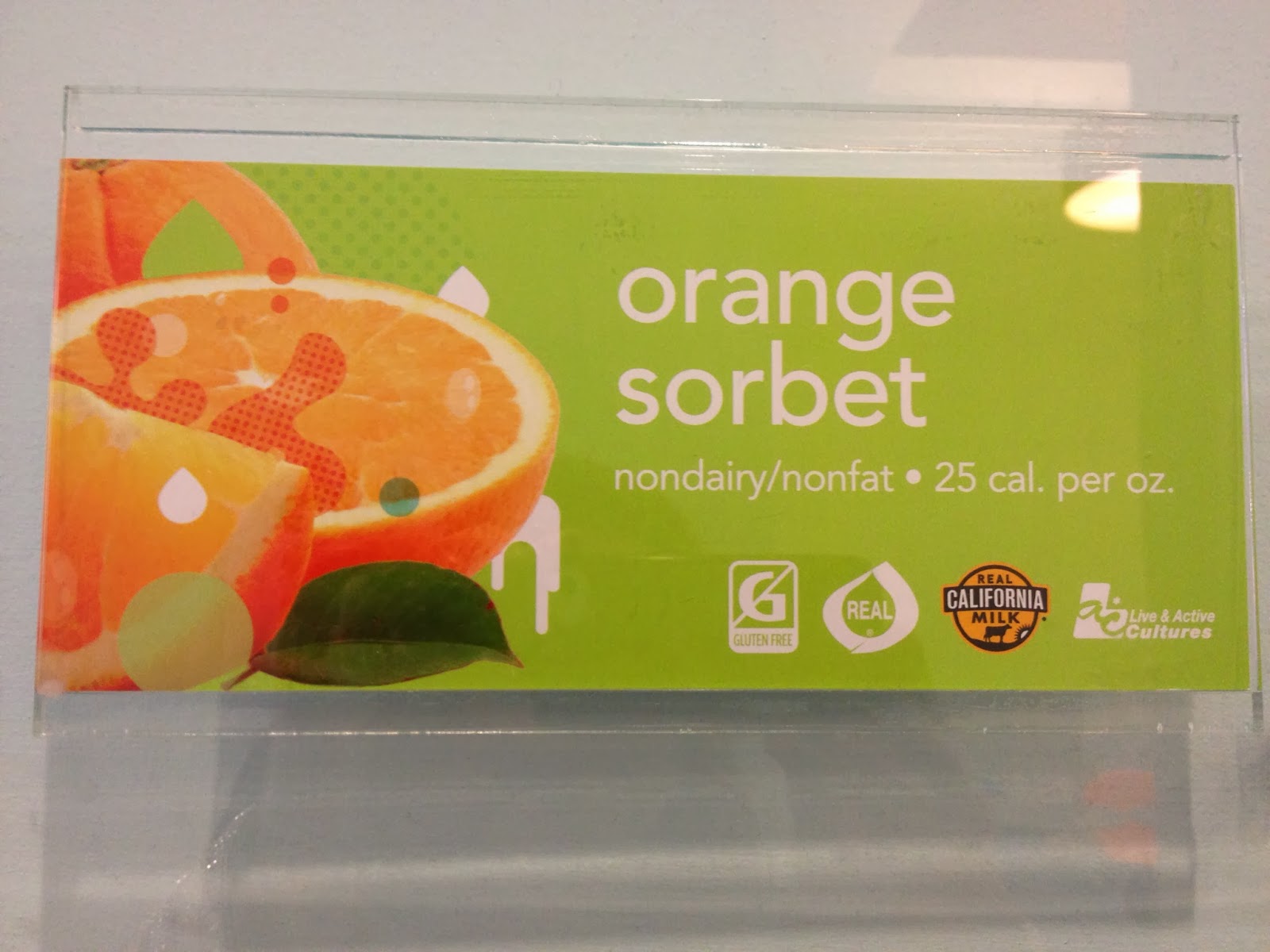 Enough with the chit-chat: time for the review.  I filled my cup with vanilla almond Silk frozen yogurt and chose toasted coconut and wet walnut (walnuts in maple syrup) toppings; other vegan toppings included various fruit and nut options. 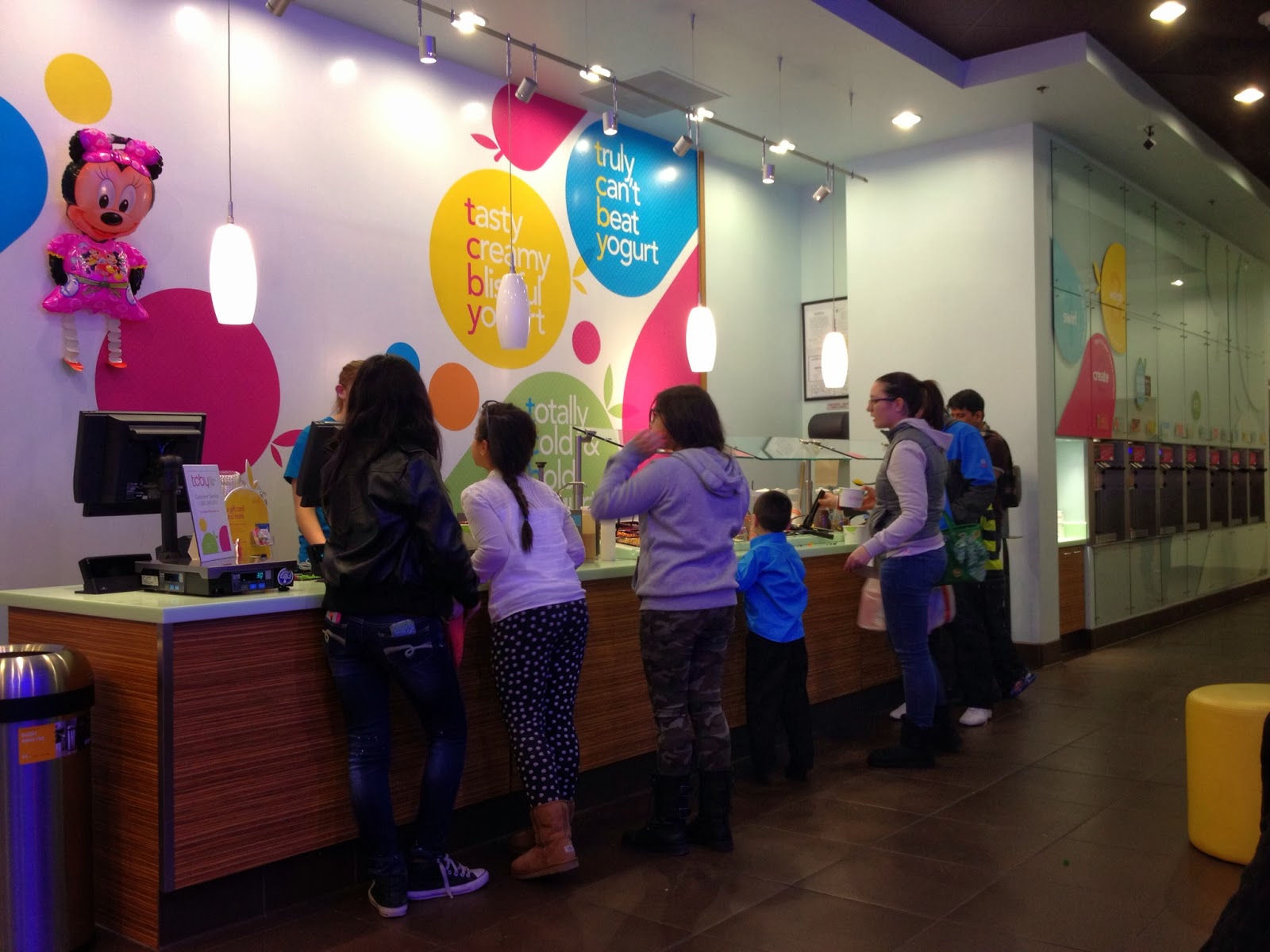 The concoction was definitely missing something chocolatey (I didn't ask about the veganity of their chocolate toppings), but I dug in hoping for the best. 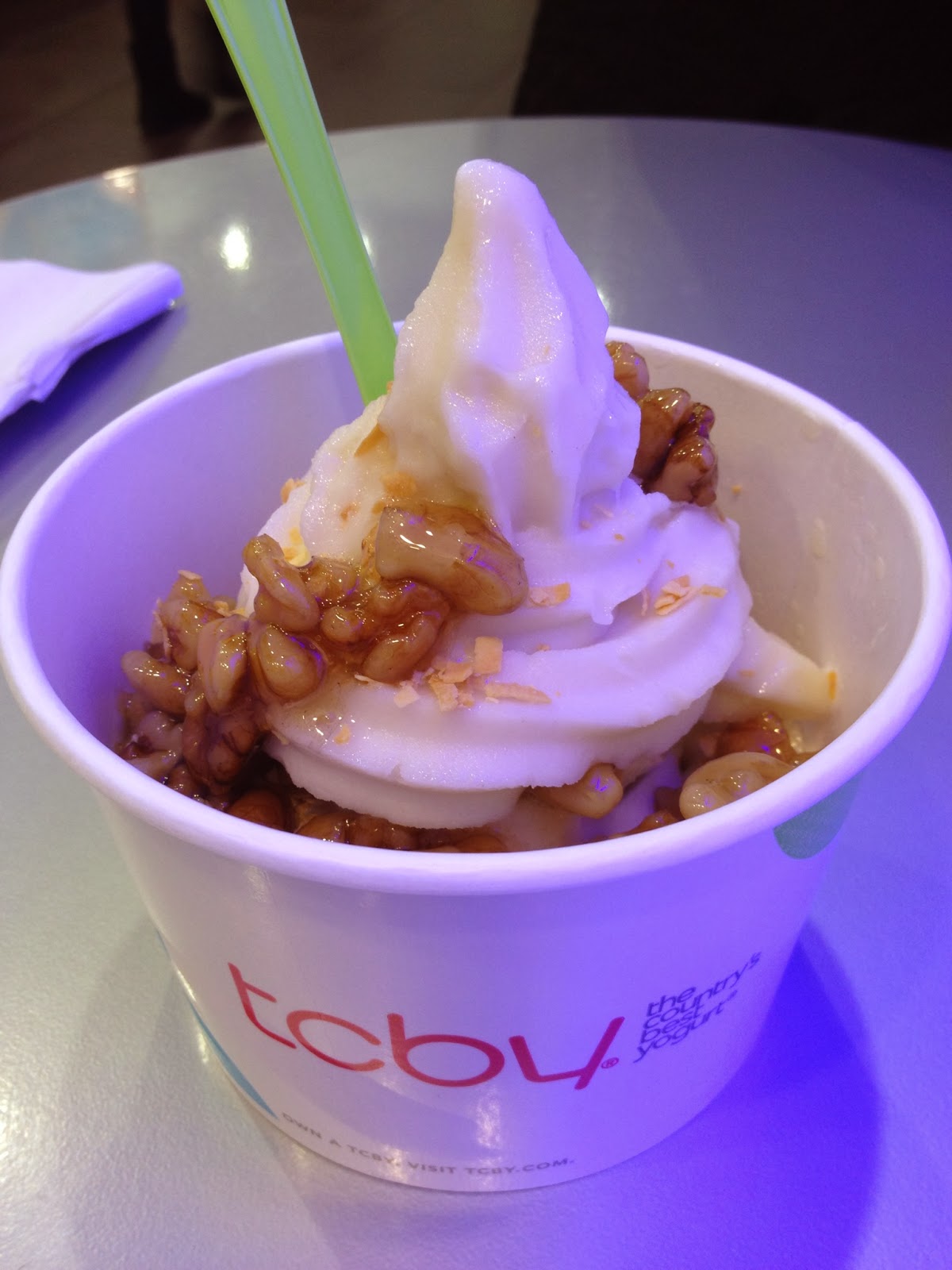 I have to be honest: we were both severely disappointed.  The excitement of participating in a mainstream fro-yo chain's mall-store make-your-own-dessert quickly dissipated when we ate our first mouthfuls and realized that it tasted...lacking.  Not lacking in dairy, of course, but definitely lacking in something. 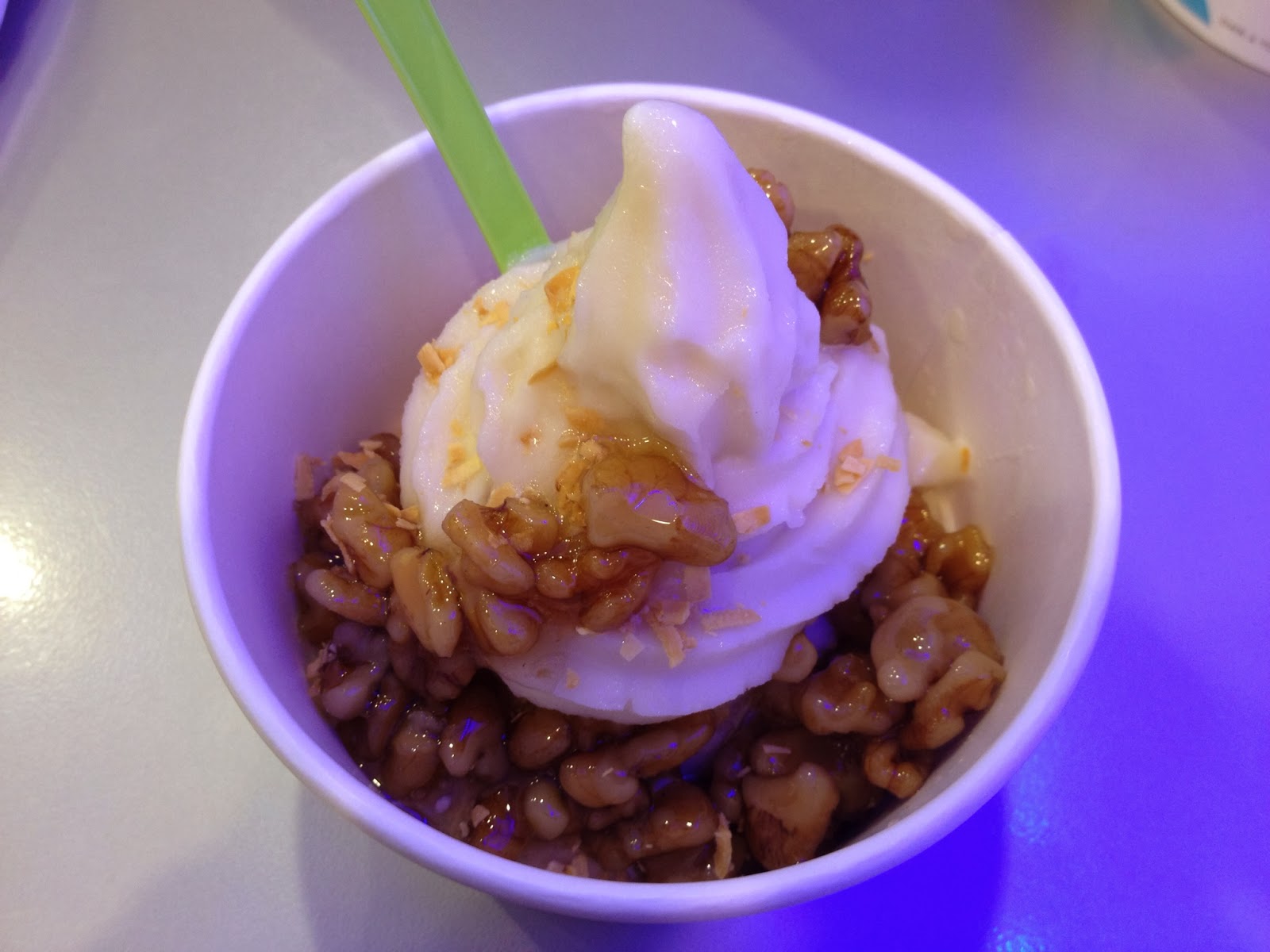 For starters, it wasn't creamy.  It reminded me of a very old-school, watery attempt at making vegan ice cream.  Because of the somewhat icy texture, the overall temperature of the frozen dessert seemed too cold.  It didn't contain ice crystals, but the consistency was definitely the opposite of creamy.  I realize it's supposed to be fro-yo and not ice cream, but I've had fro-yo and it's creamy. 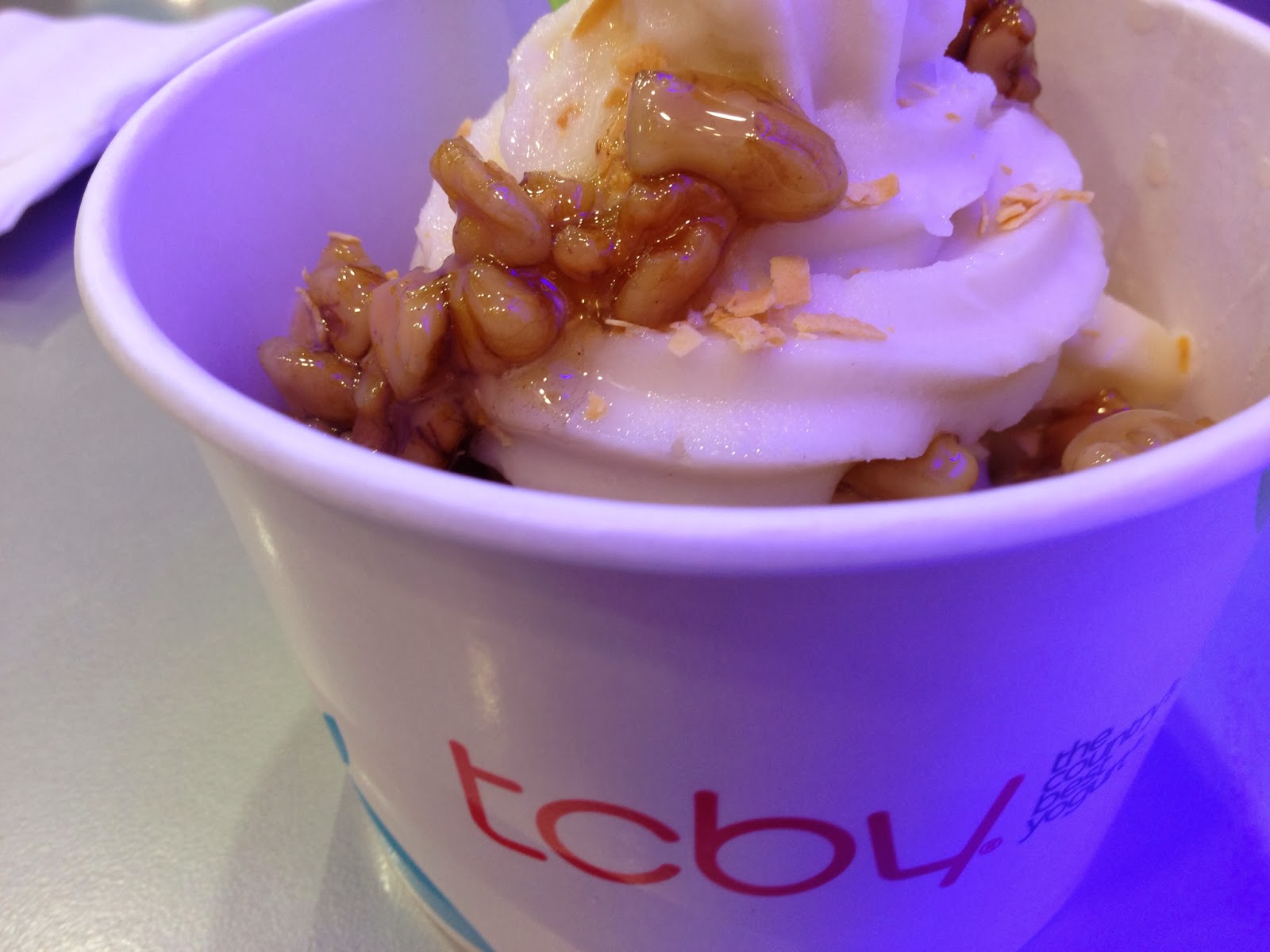 Furthermore, it didn't melt right: turning watery around the edges while still managing to maintain a consistency that was not desserty enough for me by any means. 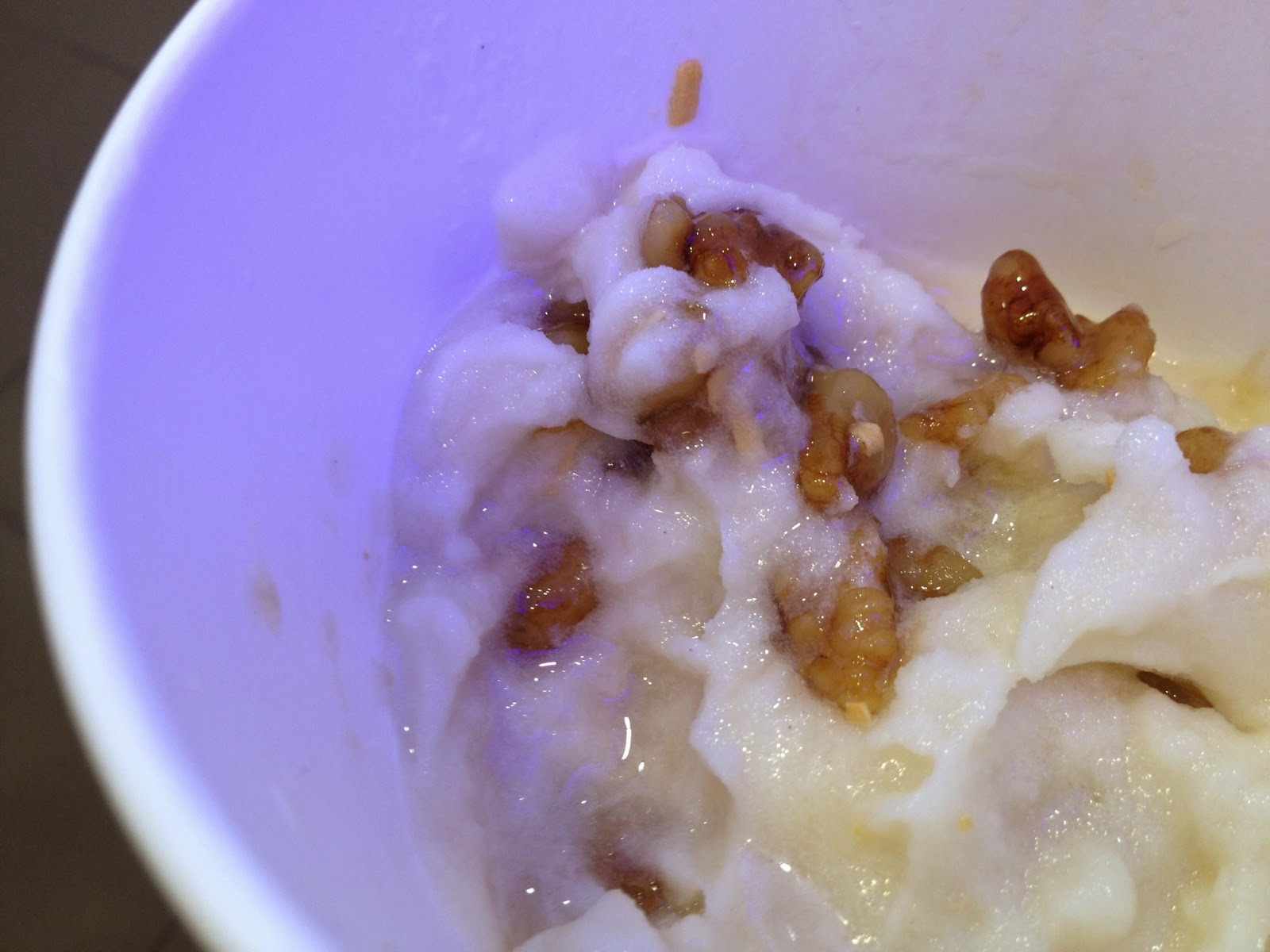 It was the fro-yo equivalent of ordering a butterfinger shake and receiving a green smoothie instead.  Green smoothies are okay when you're expecting them, but when you're anticipating dessert they just won't do. If this was supposed to be some uber-healthy snack I could be more forgiving of the sub-par taste, but as a dessert it's a waste of calories.

This frozen yogurt, while definitely a solid and appreciated effort, did not make a satisfactory dessert by any stretch of the imagination.  Having total recall of TCBY's non-vegan options from way back, I would venture that if I was a non-vegan customer that decided to give this a try I wouldn't be at all impressed.  Vegan options should always impress and there is no reason why they can't. 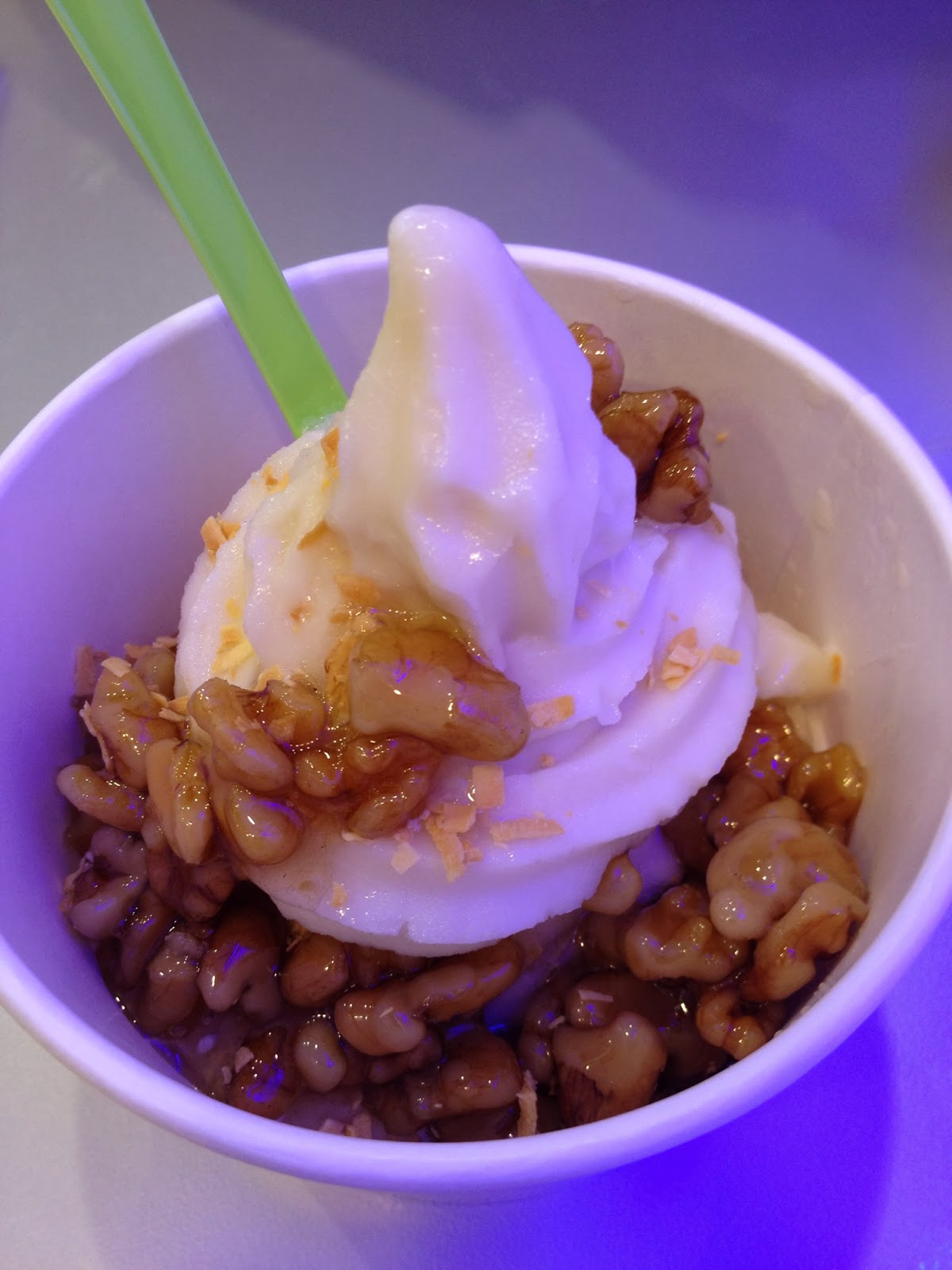 The good news is that word on the street is that TCBY is releasing a new Silk coconut (presumably vegan although again the website does not mention) option; I hope it's an improvement. 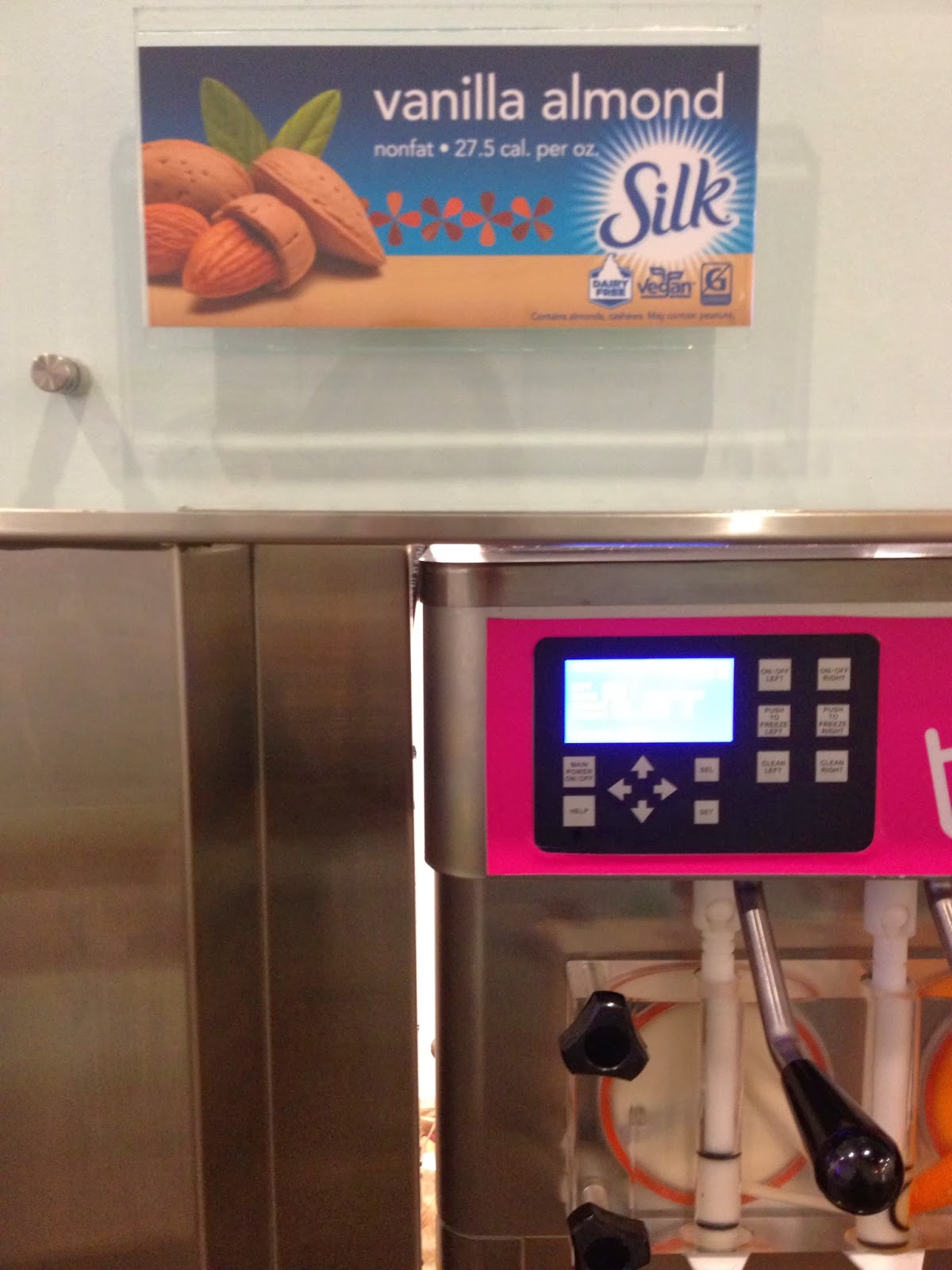 TCBY™ Releases First Ever Full Plant-Based, Dairy-free Vanilla Frozen Yogurt With Silk® Almondmilk Partnership
Responding to the requests of their diet-restricted consumers, TCBY™ announces, “You can have your vanilla Fro-Yo and eat it too!”
Denver, Colo., - (January 27, 2014) –TCBY™ the first and largest frozen yogurt brand, is pleased to announce it has evolved its partnership with Silk®Almondmilk to create its most recent vegan offering. Silk Vanilla Almond Fro-Yoperfectly blends the expertise and innovation of two leading food brands by introducing the latest addition to TCBY’s delicious, dairy-free frozen yogurt line.
“If you love frozen yogurt, you’re going to love our new Silk Vanilla Almond Fro-Yo. Regardless of any dietary constraints, we want all of our customers to enjoy a classic vanilla frozen yogurt, without sacrificing on taste,” says Dustin Finkel, Vice President of Marketing & Strategy at Famous Brands International.
The dairy-free Silk Vanilla Almond Fro-Yo will be launching in stores in January. Select stores will offer double the plant-based flavors with the previously released Silk Chocolate Almond, which just earned a Libby Award from PETA for Best Vegan Dessert in 2013. TCBY’s exclusive partnership with Silk has allowed more consumers to enjoy frozen yogurt than ever by offering dairy-free alternatives.
According to Silk, working with TCBY™ is part of their overarching goal to create accessibility to all kinds of foods, treats, and indulgences for those with dietary restrictions. “Sometimes having a restricted diet can feel like a daily exercise of little sacrifices and amended cravings,” says Craig Shiesley, Senior Vice President, Plant-Based Food and Beverages. “It makes us happy to know that consumers can enjoy a dairy-free treat at TCBY to further fuel the passion for plant-based foods.”
Since introducing their first dairy-free Fro-Yo, TCBY™ has received an overwhelming number of heartfelt emails from moms. “For the first time, moms can bring their entire family, regardless of dairy allergies, to TCBY for a delicious treat,” adds Finkel. “Those types of comments always get us.”
ABOUT TCBY™
Founded in 1981, TCBY™ was the first, and remains the largest, frozen yogurt brand. TCBY™ has been on the forefront of innovation including being the first brand to market Greek Frozen Yogurt, Silk® Frozen Yogurt, a plant-based, dairy-free frozen yogurt and “Super Fro-Yo.” TCBY™, which currently has over 500 franchise locations worldwide, is part of Famous Brands International and a sister company to Mrs. Fields™. To learn more, visit www.tcby.com,www.facebook.com/tcby or follow us @TCBY.
ABOUT SILK
Silk was founded in 1996 on a promise to make the world a healthier place. The brand believes that plant-based foods are the best way to nourish people and the planet and today offers a broad portfolio of nutritious, great-tasting milk alternatives, including Silk® Soymilk, Silk PureAlmond® and Silk PureCoconut®. Silk’s products use the highest-quality plant-based ingredients. In addition, Silk’s entire plant-based beverage portfolio is or will be enrolled in the Non-GMO Project’s Product Verification Program. Silk is also committed to making the world a healthier place through socially responsible and environmentally sustainable business practices, such as the Responsible Soybean Sourcing & Production Program, the traceability website (www.silksoymilk.com/traceit/) and Silk’s legacy of using and championing renewable energy. For more information, visitwww.silk.com, Facebook.com/SilkUS or follow us on Twitter @LoveMySilk.
Posted by Abby Bean at 9:10 AM