Getting Acquainted With My Vegan Vitamix

I've been trying to get to know Vita, my vegan Vitamix.  In the first month of having her, I admit I didn't use her much; she just sat on my counter glaring at me with imposing menace.  Everyone I knew who loved their Vitamix also loved smoothies...and I didn't.  So, I began to think- again, that I'd made a mistake.   Then, when a non-vegan friend said she was considering doing a cleanse of sorts, I decided to do it with her; I can always stand to eat more healthfully.  Drawing on things we know we should do (but don't) and vice versa, as well as information gained from my previous cleanse, we came up with some rules*.  I took the opportunity to spend a lot of time with Vita.


This recipe for curry carrot soup was the turning point; it made Vita worth every penny.  I actually used berbere instead of curry, so in my case it was an Ethiopian carrot soup and it was outstanding.  I sauteed the carrots and onions first for extra flavor (this was a suggestion in the search results, but oddly not within the recipe). 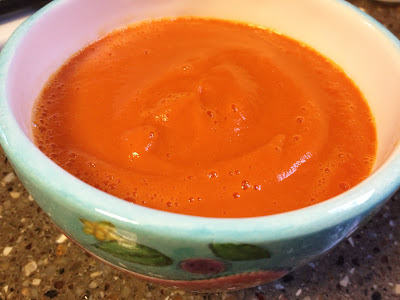 Using the same recipe, the very next night I skipped the carrots and berbere and made zucchini and jalapeno soup.  It wasn't as good as the carrot soup, but it was still really good. 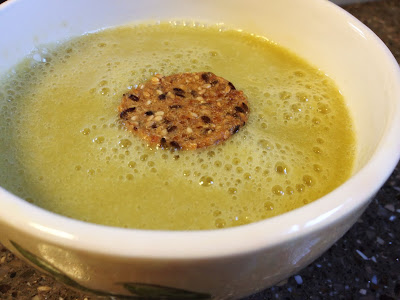 My ratio of one, giant jalapeno with seeds to one medium zucchini may not have been proportionate; I had to have a handful of these to dull the burn. 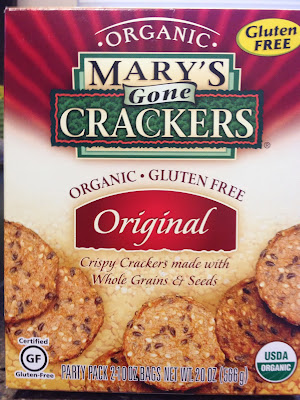 In between, I made my first green smoothie (ok, maybe it was the second); you may recall that green juices do not go over well with me.  But my friend was a sport; she'd already made two by the time I finally got around to it.  I first used this cinnamon banana green smoothie recipe, because it didn't seem too weird.  I had enough anxiety about drinking green, nevermind the fact that I didn't want to think more specifically about mixing greens with milk.  It wasn't awful; I mostly tasted the banana and I was able to drink about 75% of the large portion before my gag reflex said enough.  It's really mind over matter with me and I have to keep in mind what my friend BYOL told me, "...you can benefit from adding just a little bit of greens to a non-green smoothie if the color is what is throwing you off."  Indeed! 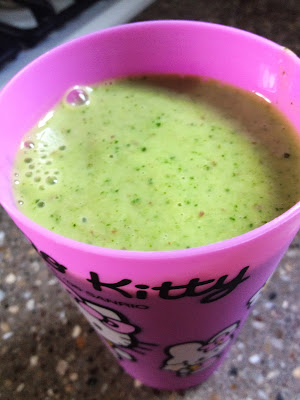 After that I wanted to try a green smoothie recipe that didn't include milk, so I chose this kale, cucumber, and pineapple smoothie from Nava Atlas' Veg Kitchen.  I used orange juice and mango instead of pineapple because that's what I had; I could definitely taste the cucumber and mango the most.  Also, this time I halved the recipe; what it is about green smoothie recipes that assumes you're making them for two? 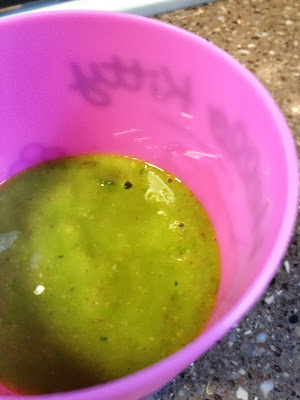 I feeling really smug from starting each morning with a green smoothie knew was doing well healthwise, but nothing really stood out as far as taste was concerned until Julie Morris' raw mint chip superfood smoothie.  There was no flavor so discernible that I found myself wondering what it was; it just tasted like a cooling, mint shake.  That's exactly what I want in a smoothie!  Of course the first time I made it I wound up with a mere 8 ounces when I was striving for 12 (math, you are my enemy), but all day I kept thinking about how I'd have another one to look forward to the next morning.  Mind you, I had this thought on what was supposed to be the last day of the cleanse; eery, right?  But still, the next day....a weekend no less.


This has been going on for a couple of weeks now and I haven't died.  Not only am I feeling good about eating more healthfully (and glad to finally be getting my money's worth on Vita), but I'm also enjoying it enough to want to continue to do so.  Stay tuned.

In case you're wondering, these were our tenets:

I HIGHLY recommend doing this type of thing with a friend; it made it fun, relatable, and easier to face everyday- knowing someone else was choking down unusual smoothies in an effort to get it right as well.  We're both still going strong, and I dare say my friend is teetering on the precipice of vegetarianism.  Woo hoo!
Posted by Abby Bean at 4:00 PM