If there's one thing my dad and I can agree on, it's pancakes. 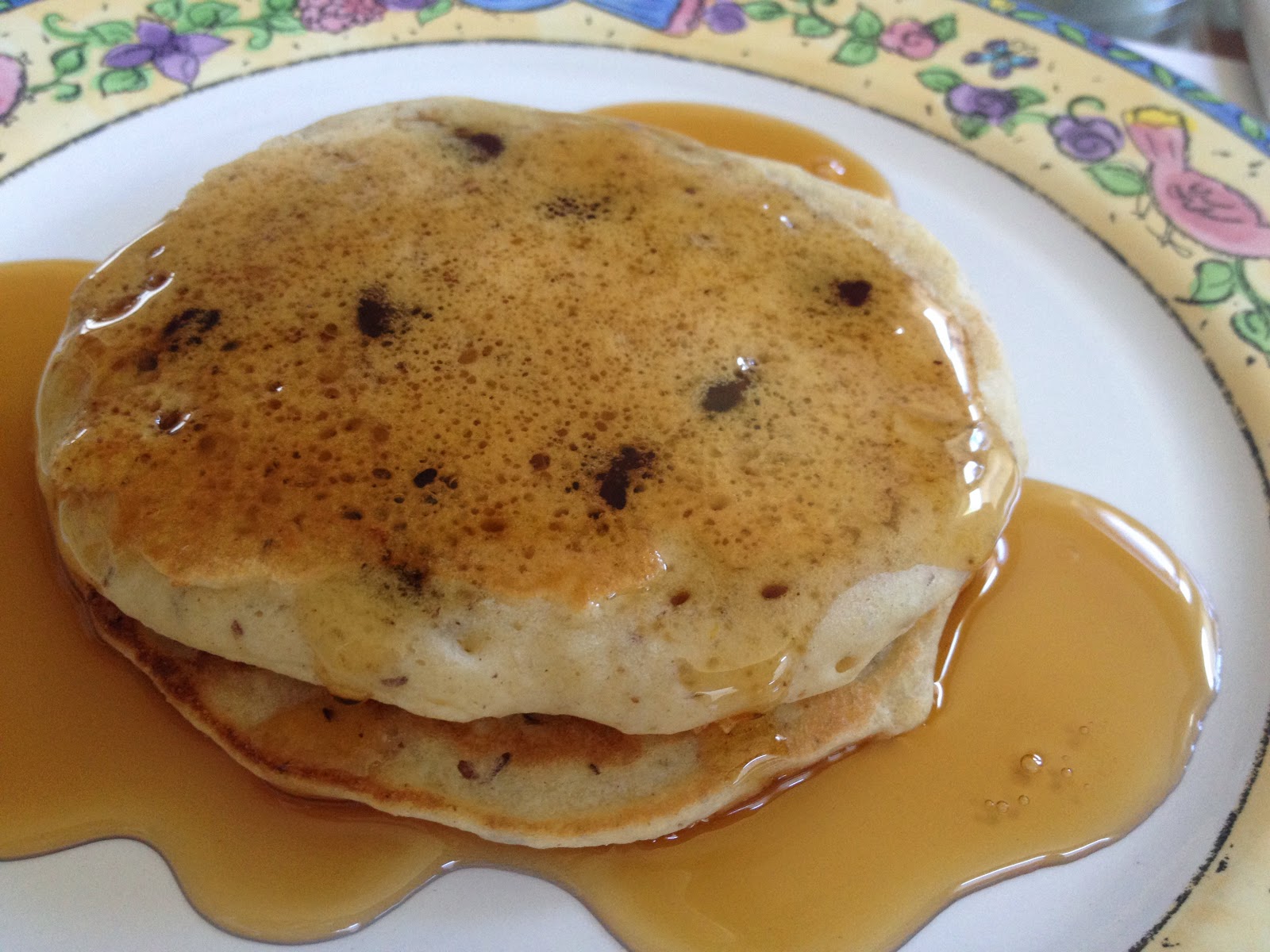 He ordered chocolate-chip pancakes for Father's Day brunch, so to shake things up a bit I decided to make a double recipe of the puffy pillow pancakes from Isa Does It (p. 253) instead of my favorite pancakes from Vegan with a Vengeance. 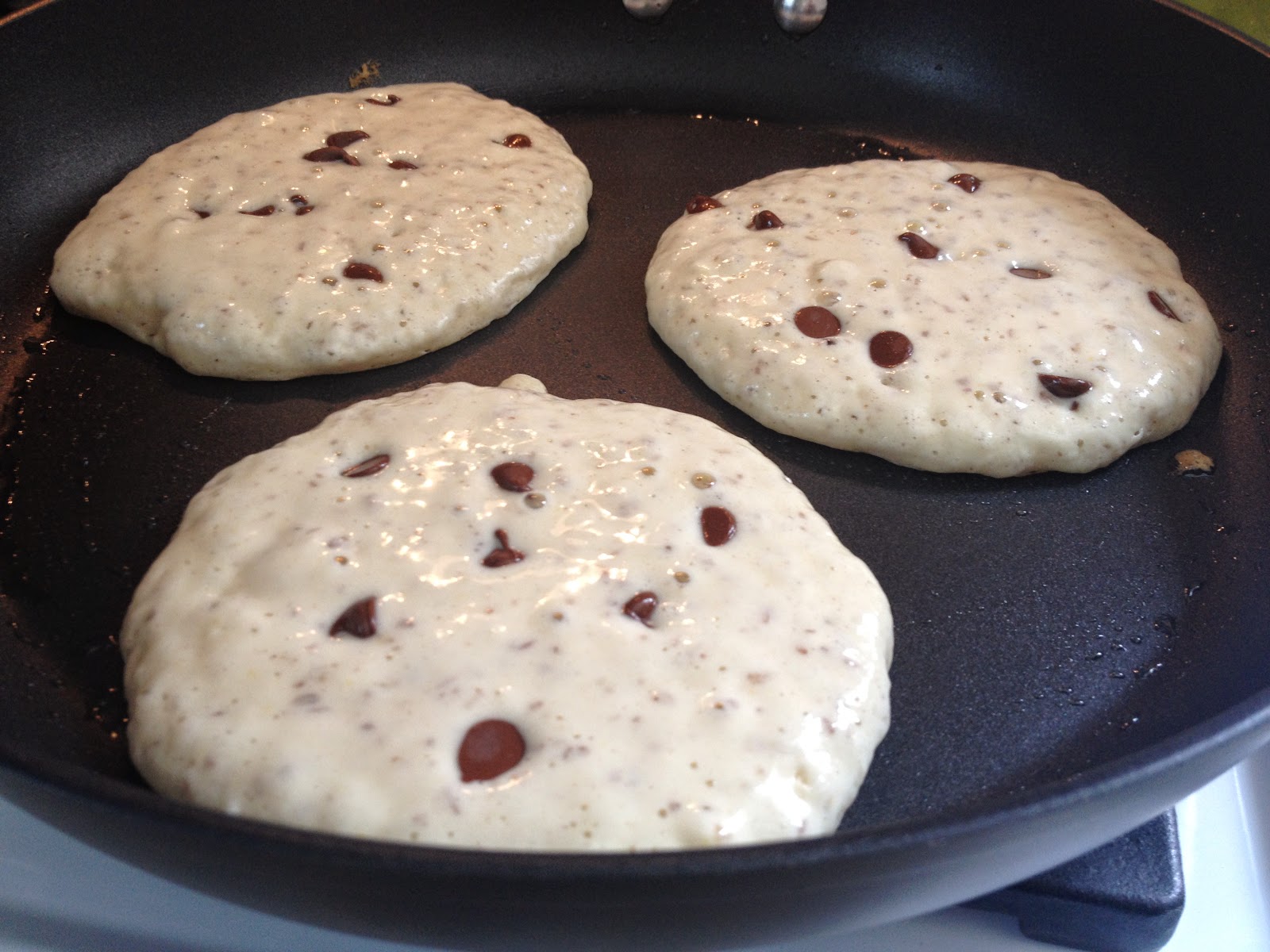 They were really yummy and certainly fluffier than my usual, but no where near "just under an inch thick" as suggested in the recipe and corresponding picture. 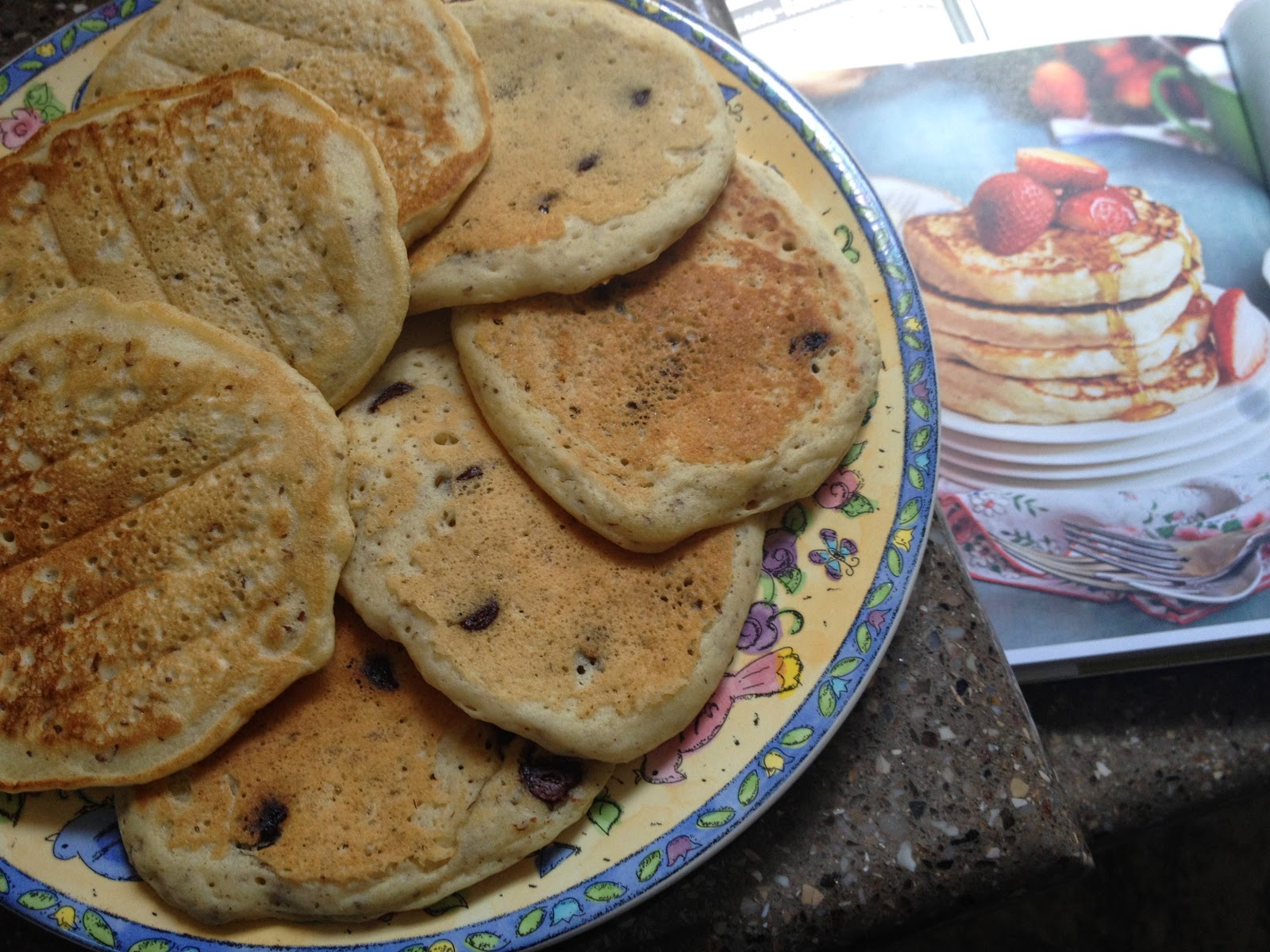 To make things a bit more exciting, I made a raspberry sauce that was adapted from the blueberry sauce recipe in VWAV (p. 39). 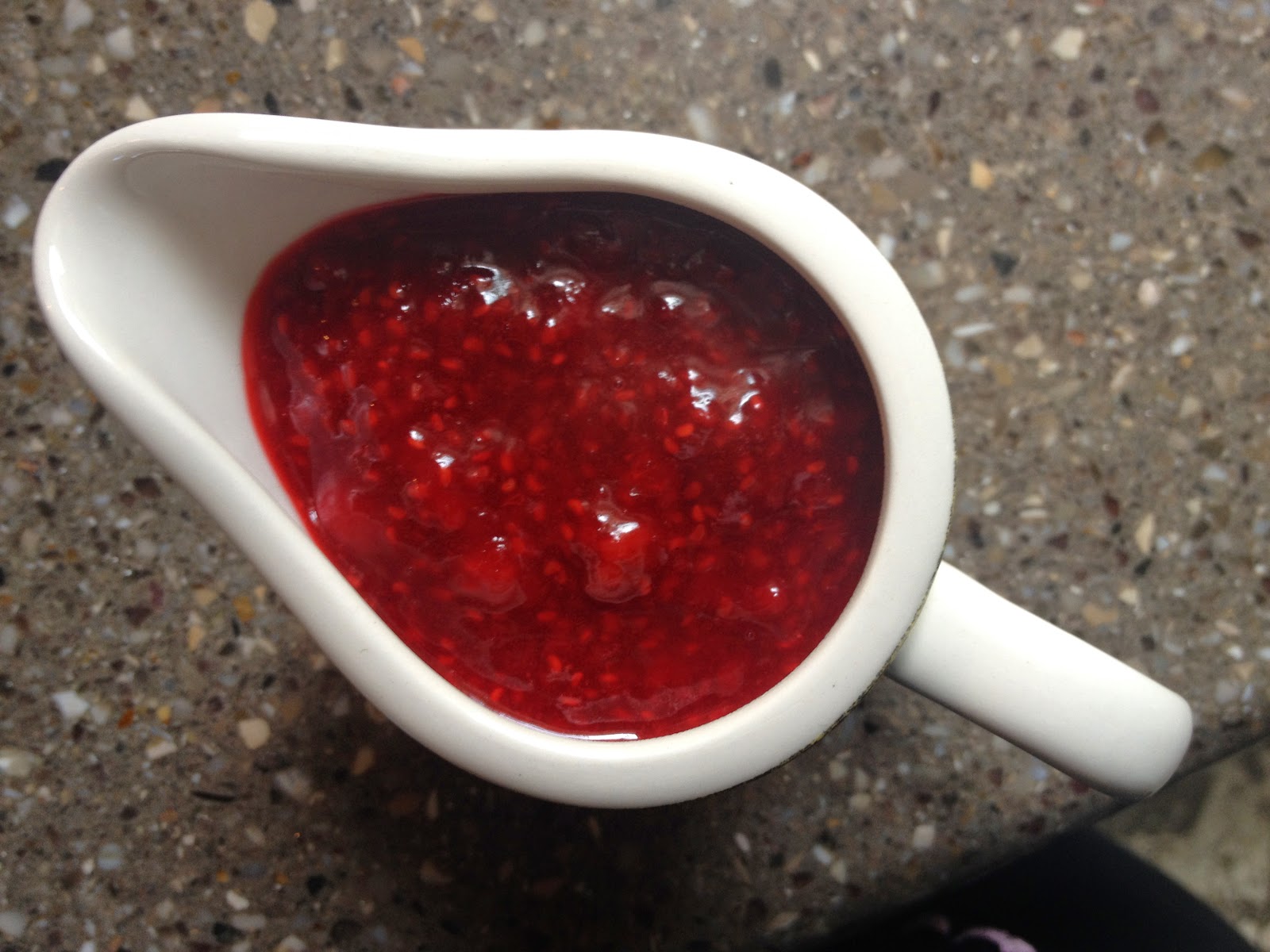 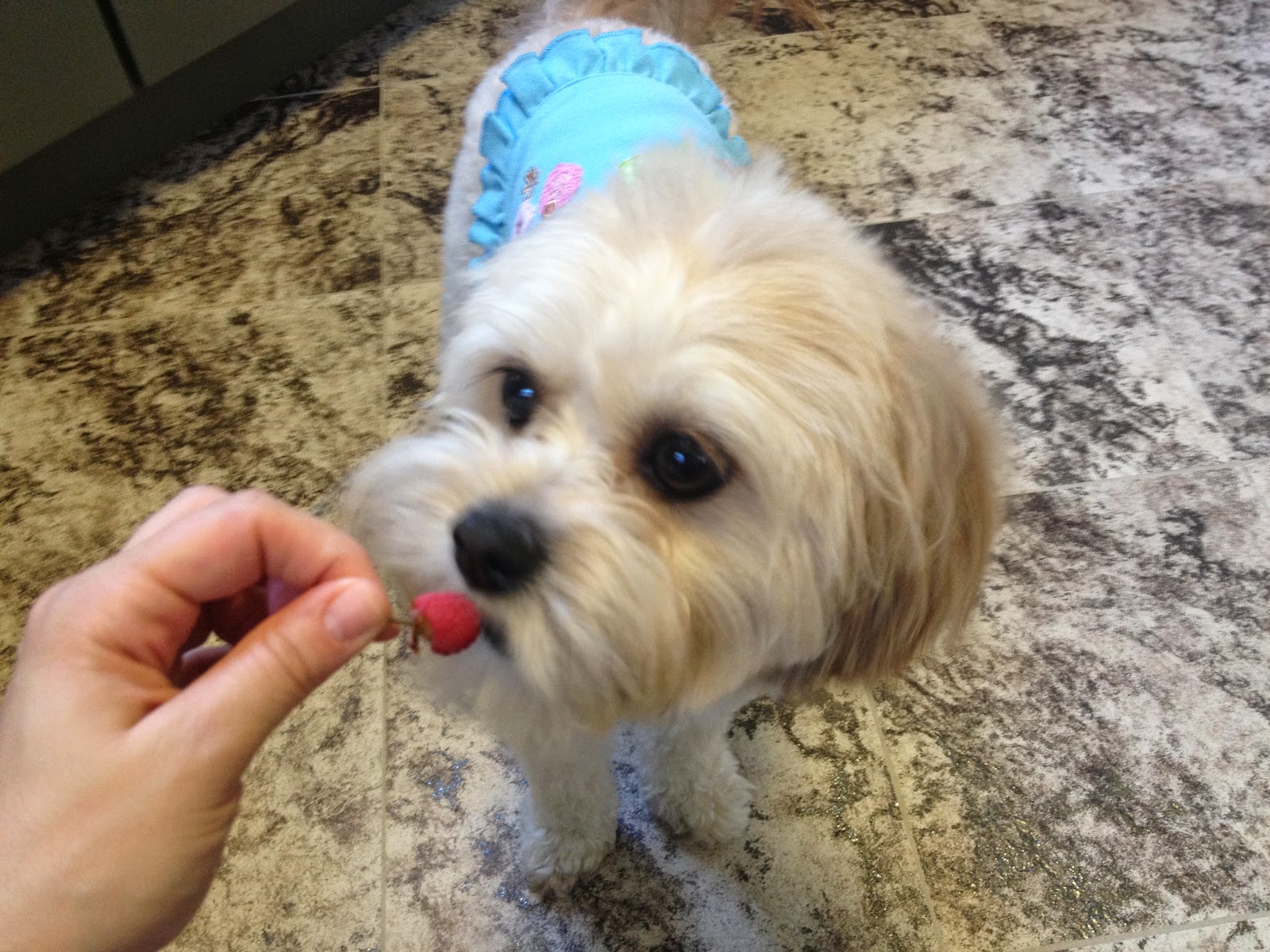 My sauce receptacle was a bit too small for the half batch I'd made, so VM- lover of all things raspberry, got the windfall of what was left in the saucepan once the creamer was filled to capacity. 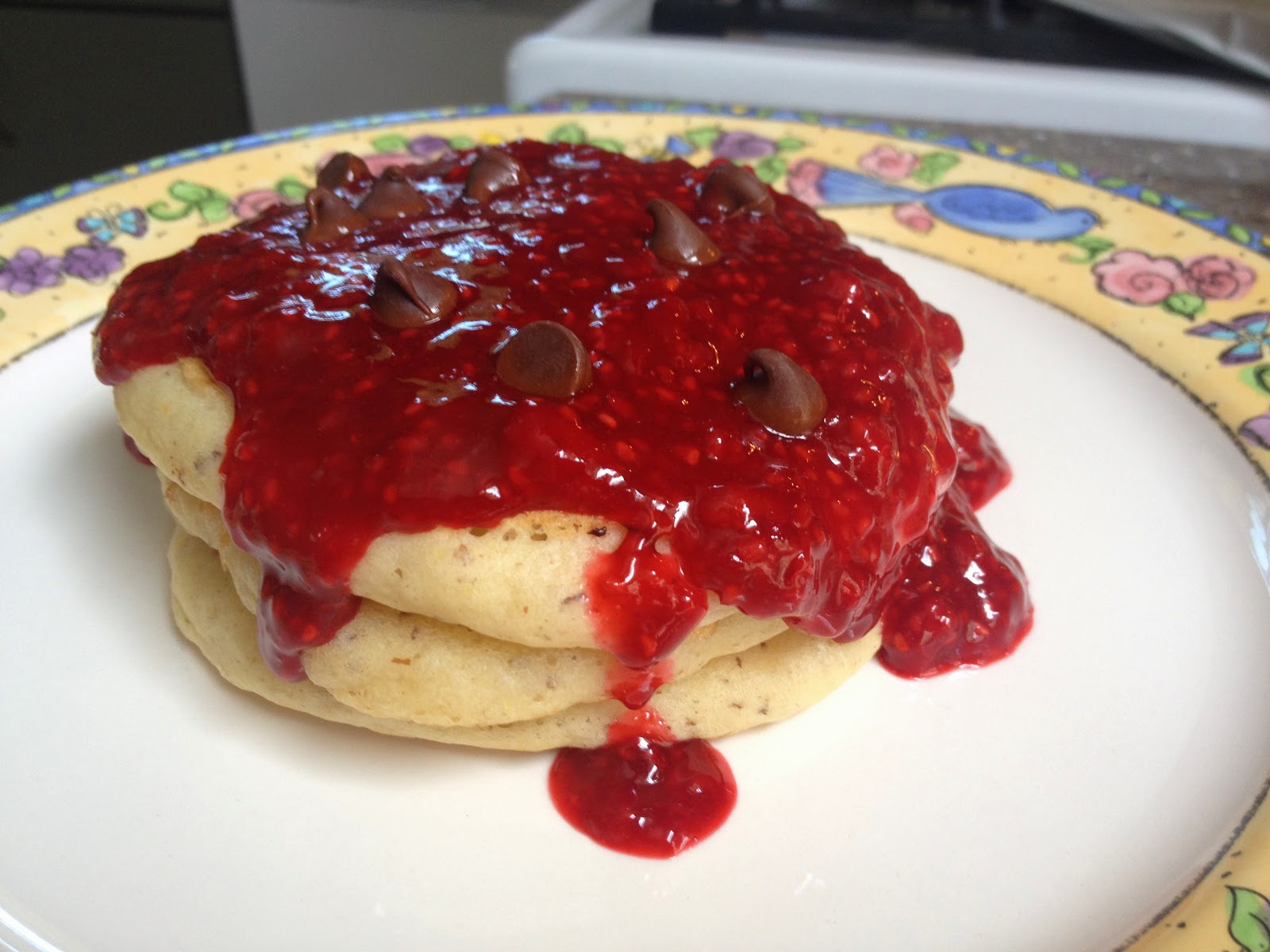 I'm not a huge raspberry fan, but the sauce was really good; I did wind up adding a little to my river of maple syrup.

OD got a plate-sized pancake with a chocolate-chip initial. 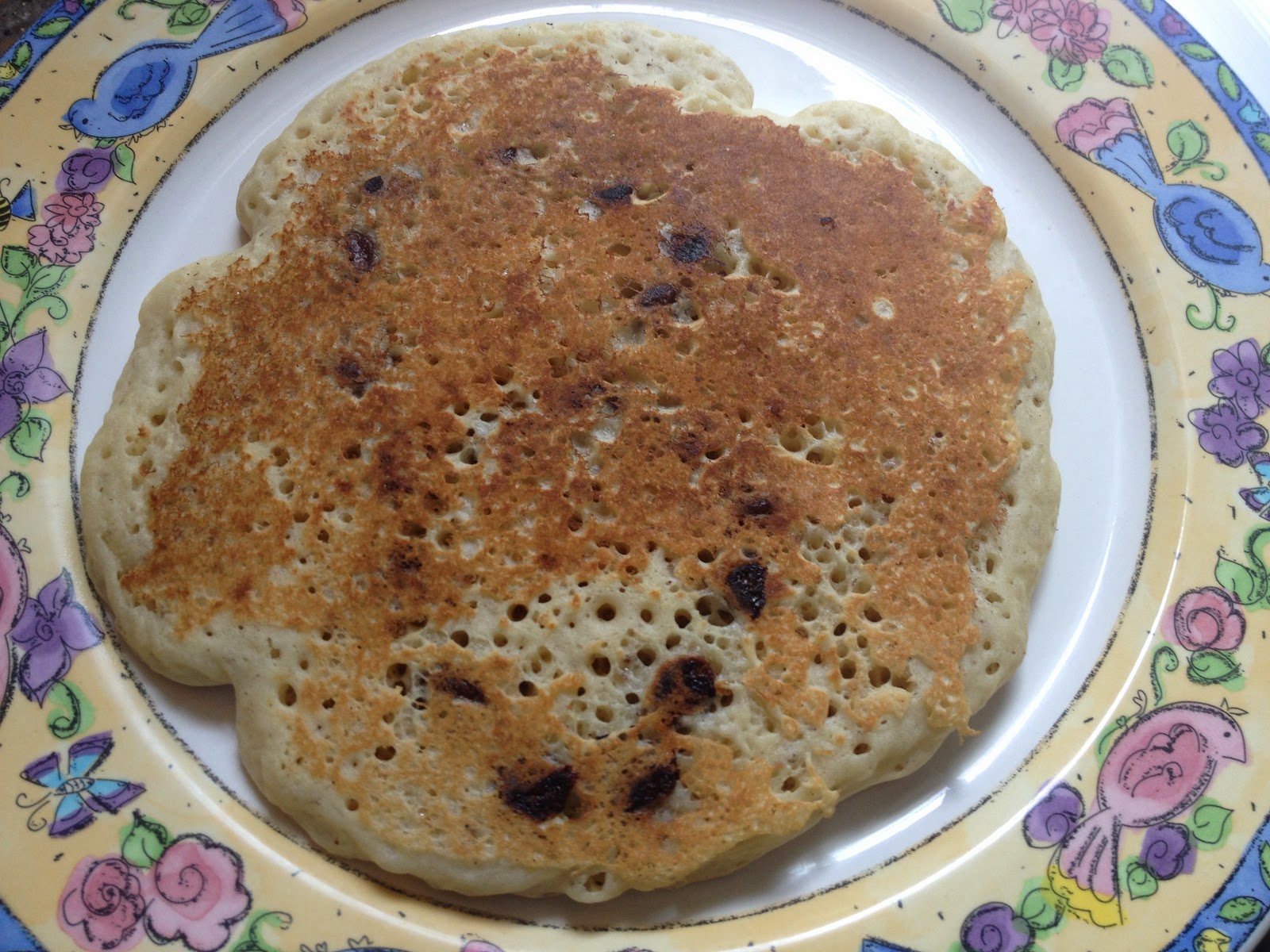 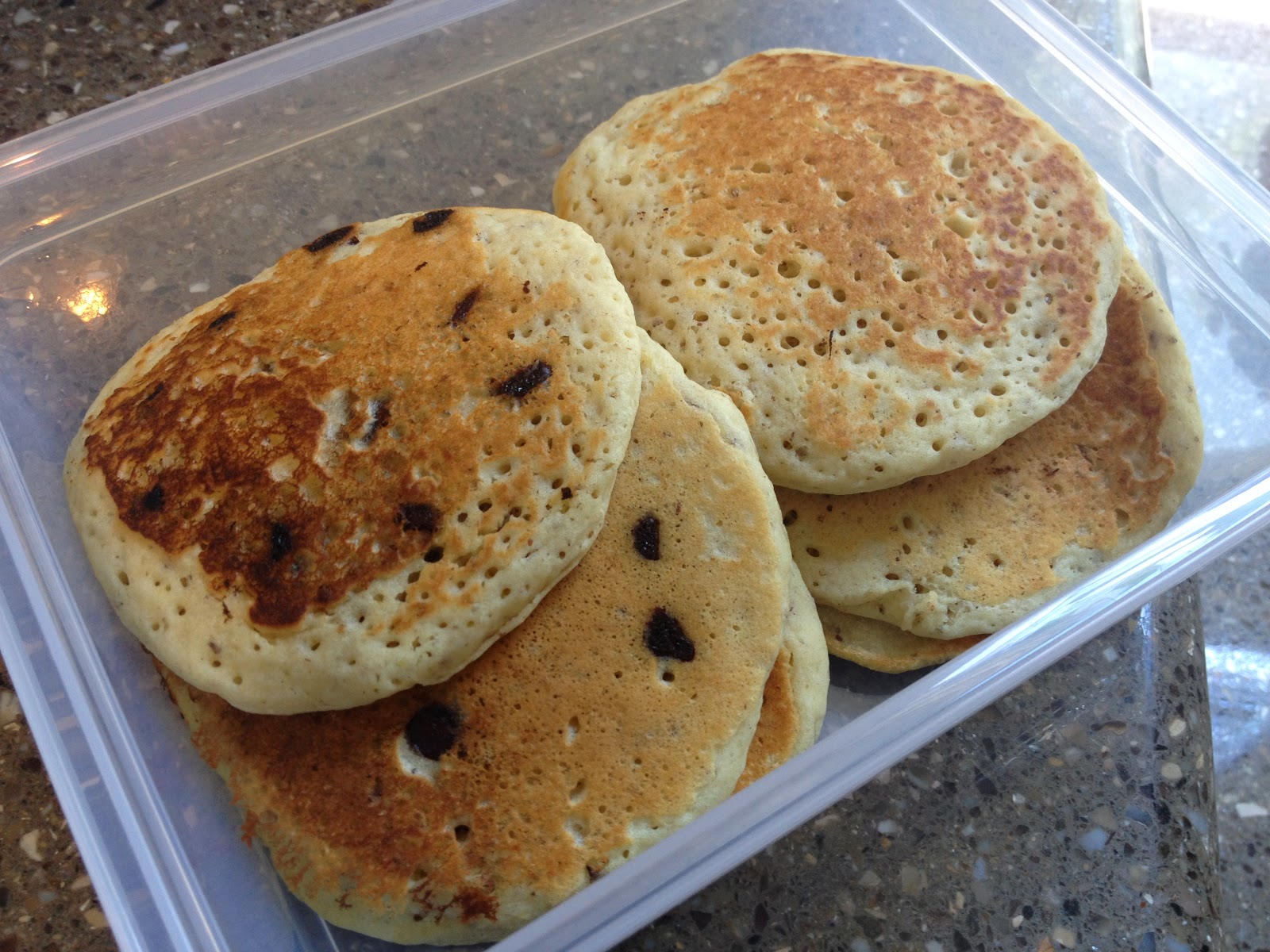 For dinner, VM made pasta (capers for me only). 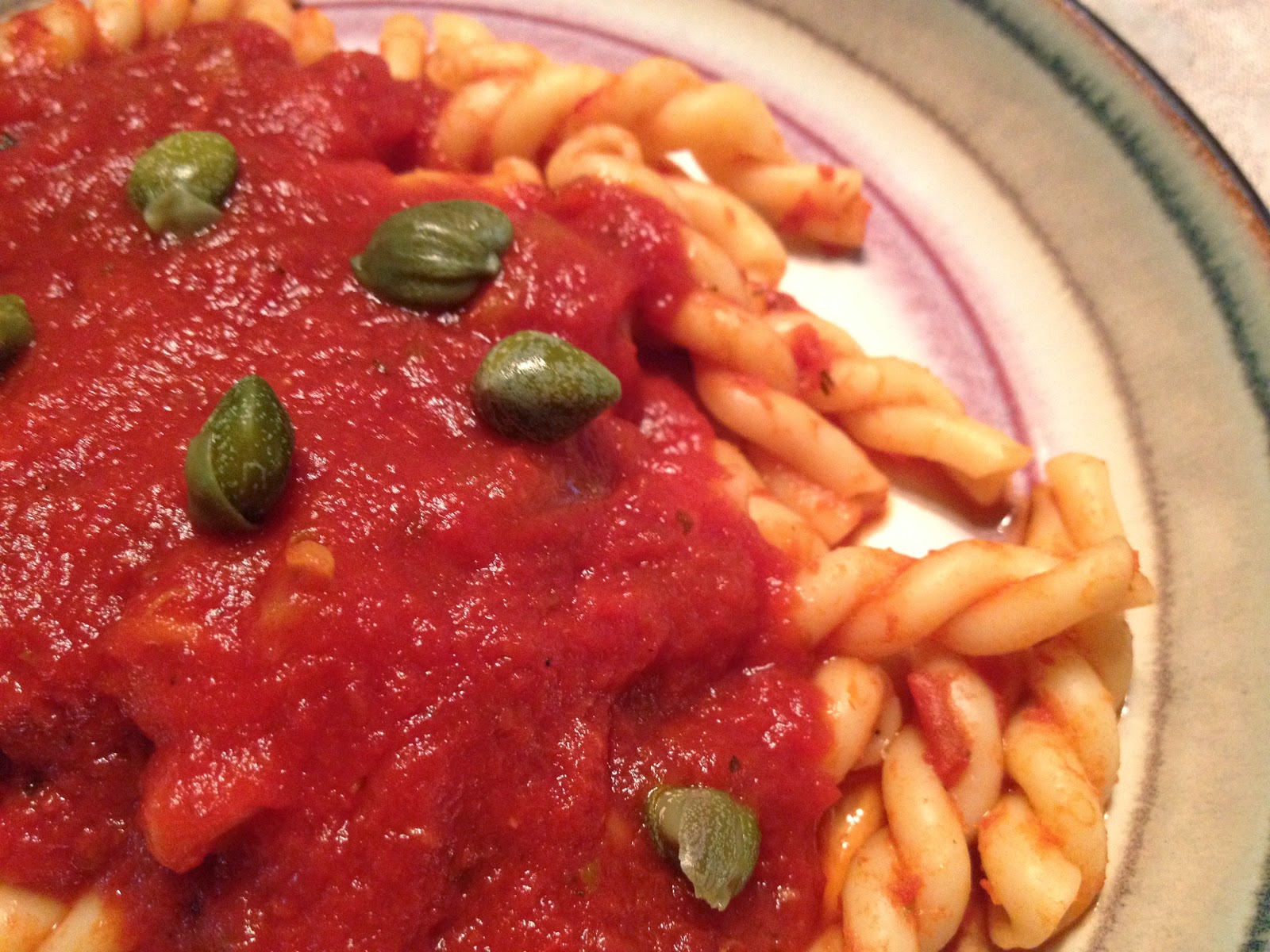 I made garlic bread. 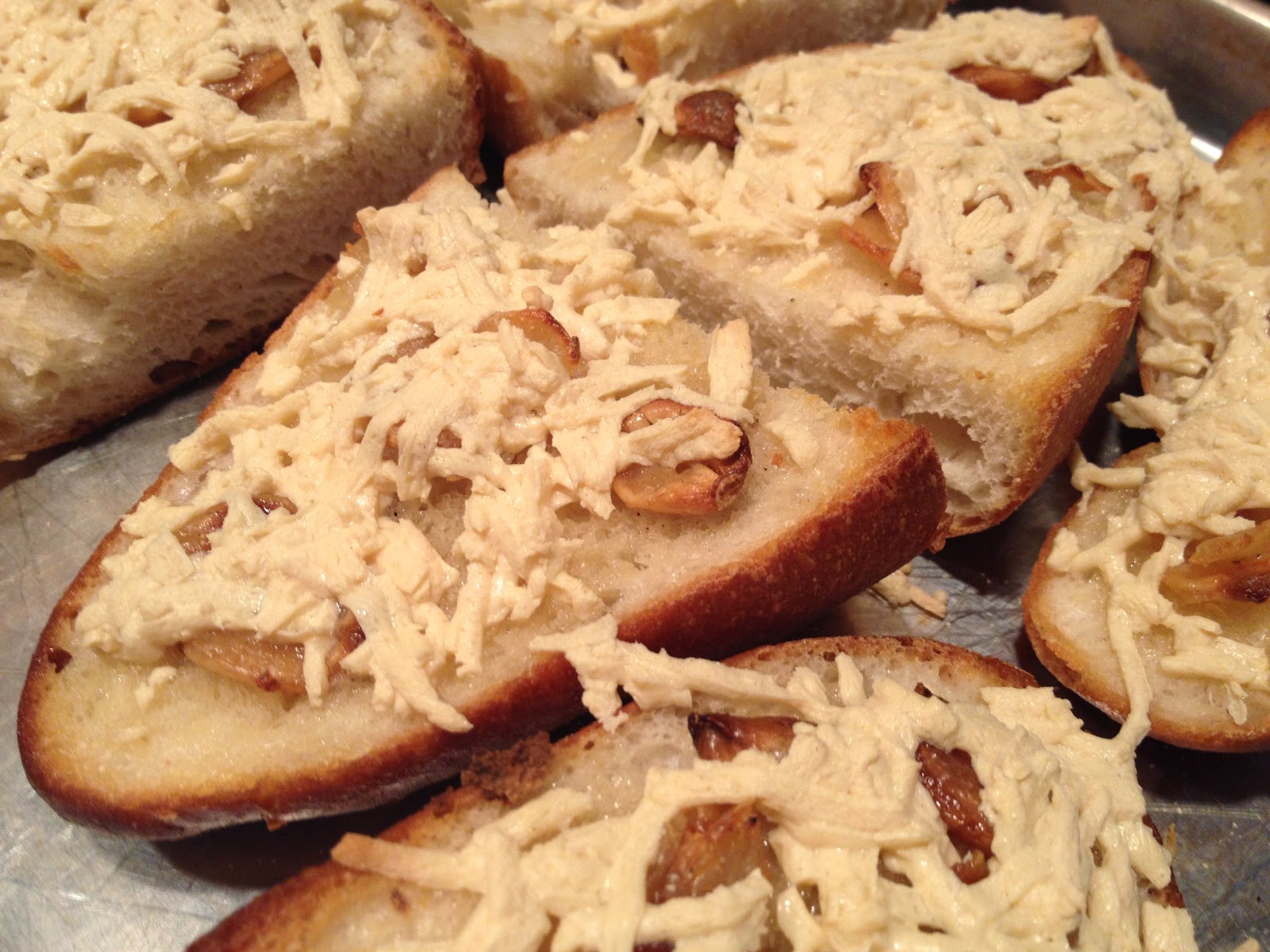 And a salad for good measure. 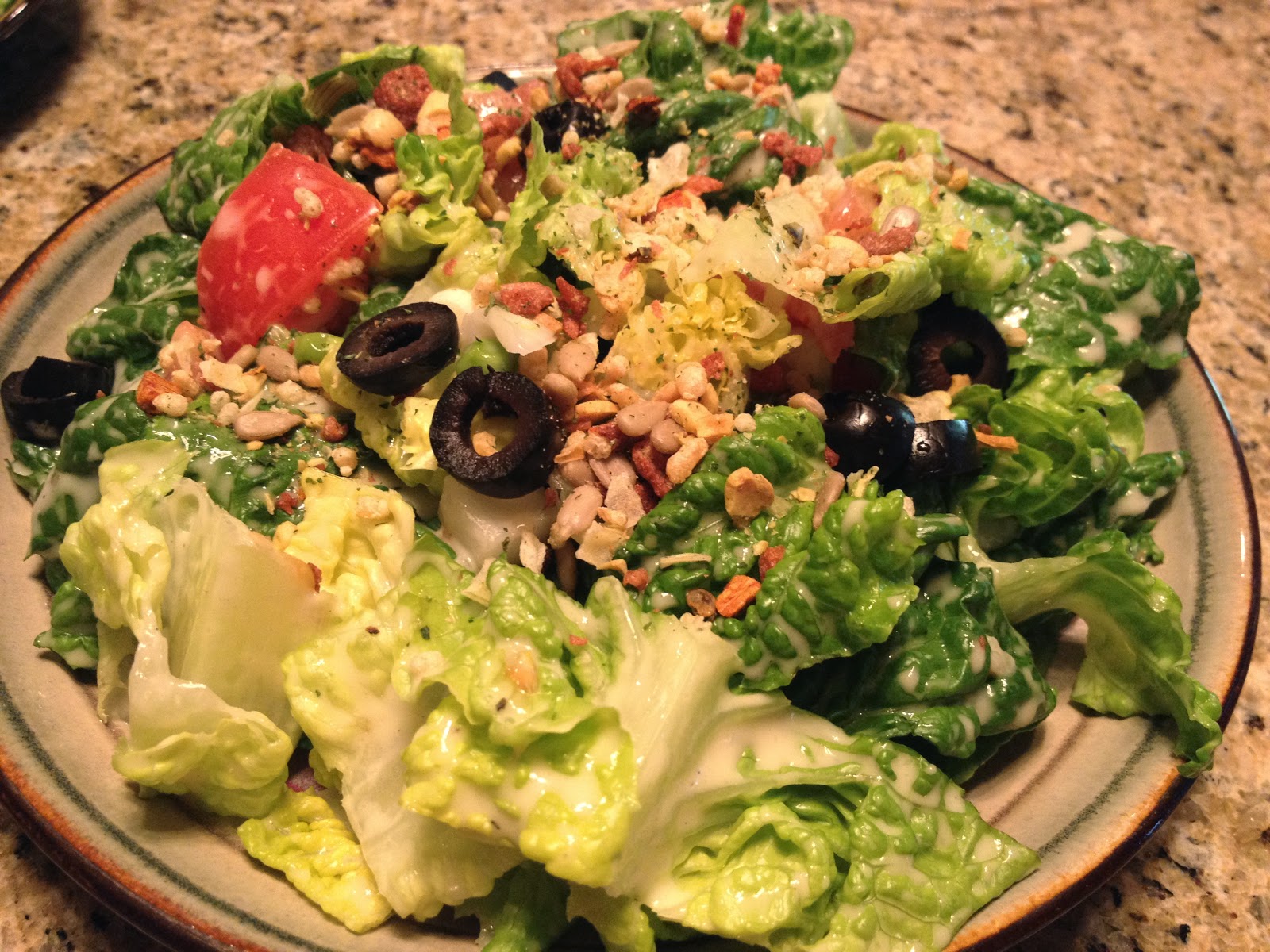 89 chowed down on some Romaine as well. 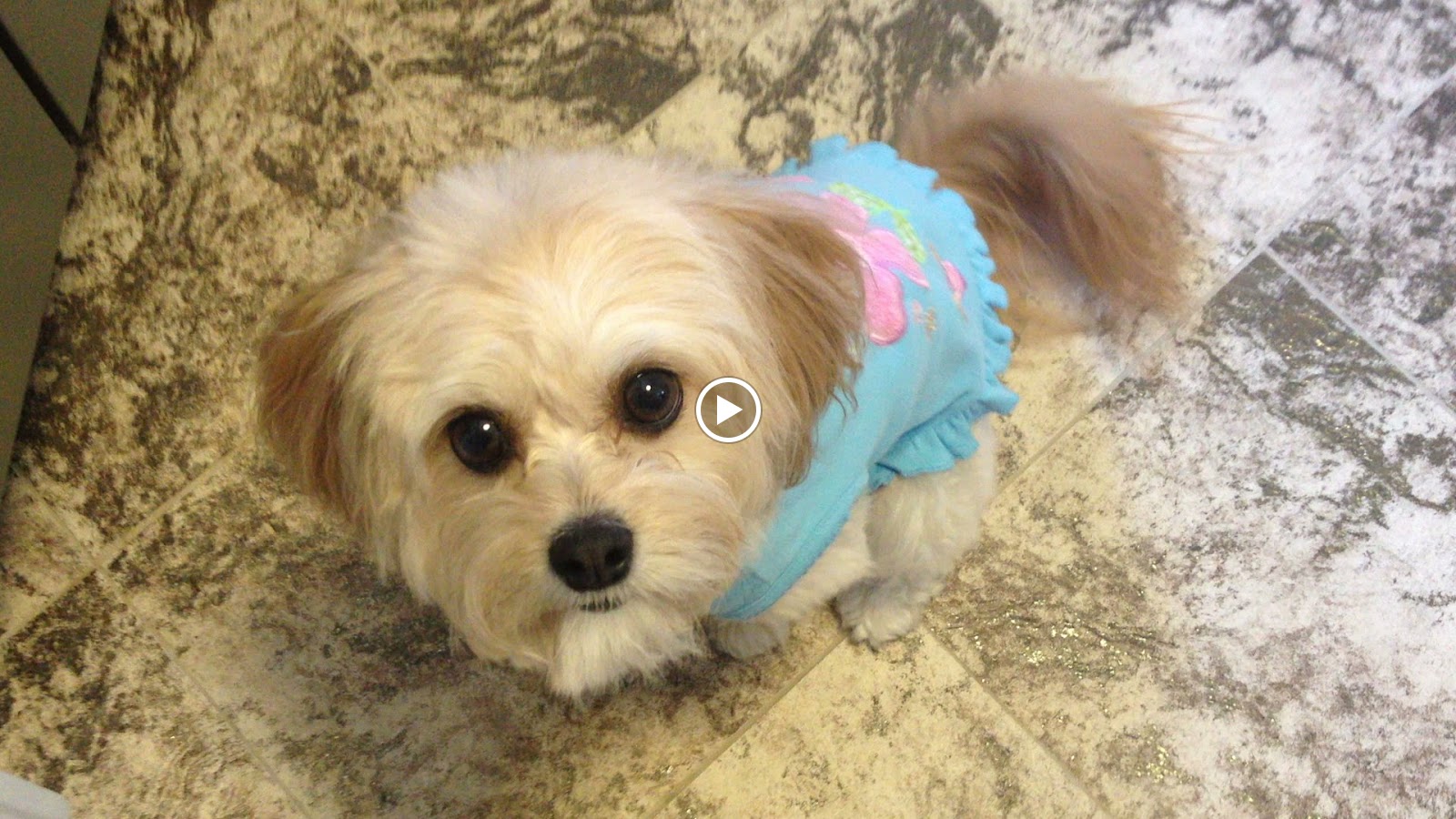 And, even though we really shouldn't have, we had dessert.  Coconut Bliss ice cream: salted caramel & chocolate and chocolate walnut brownie. 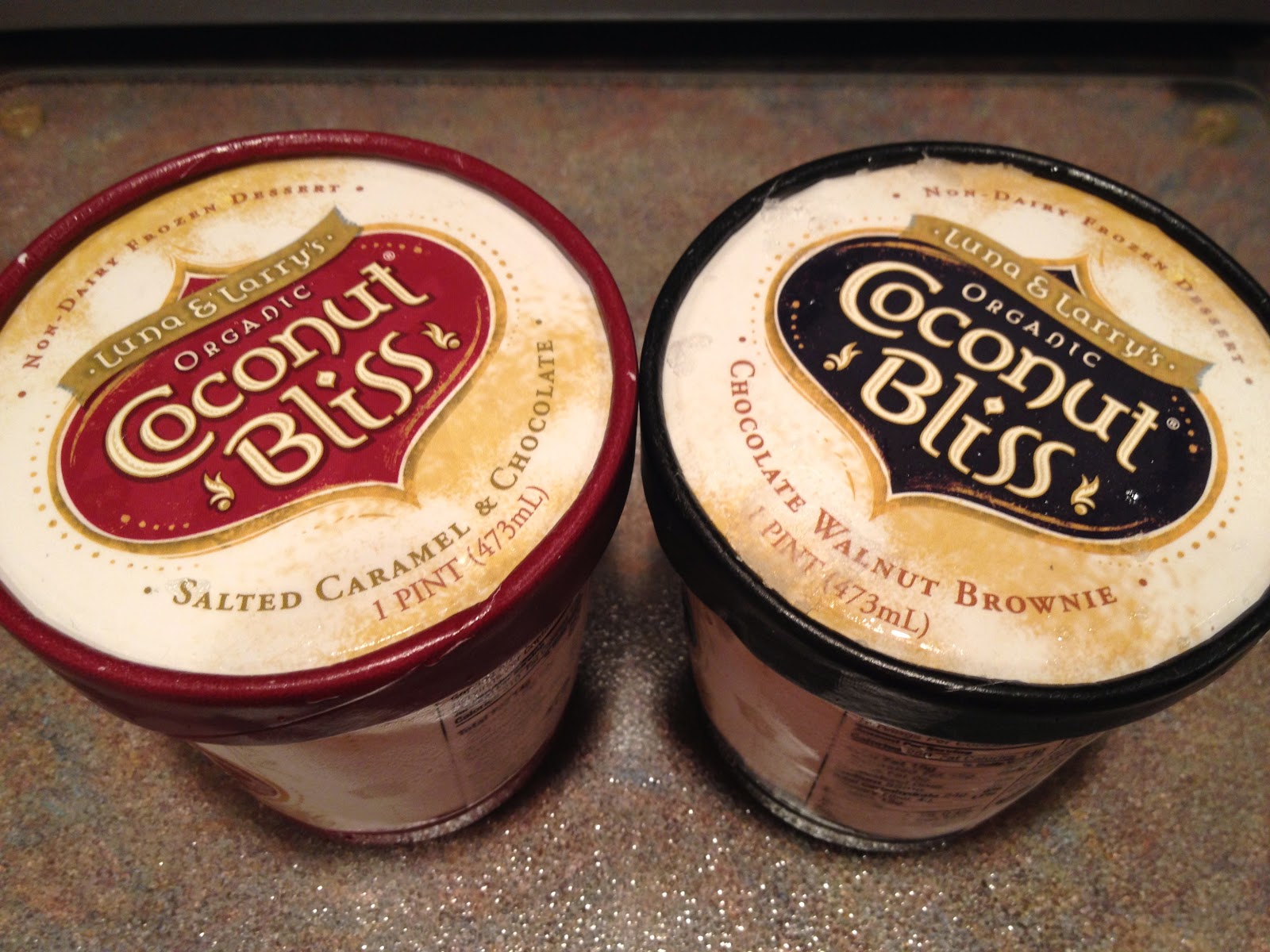 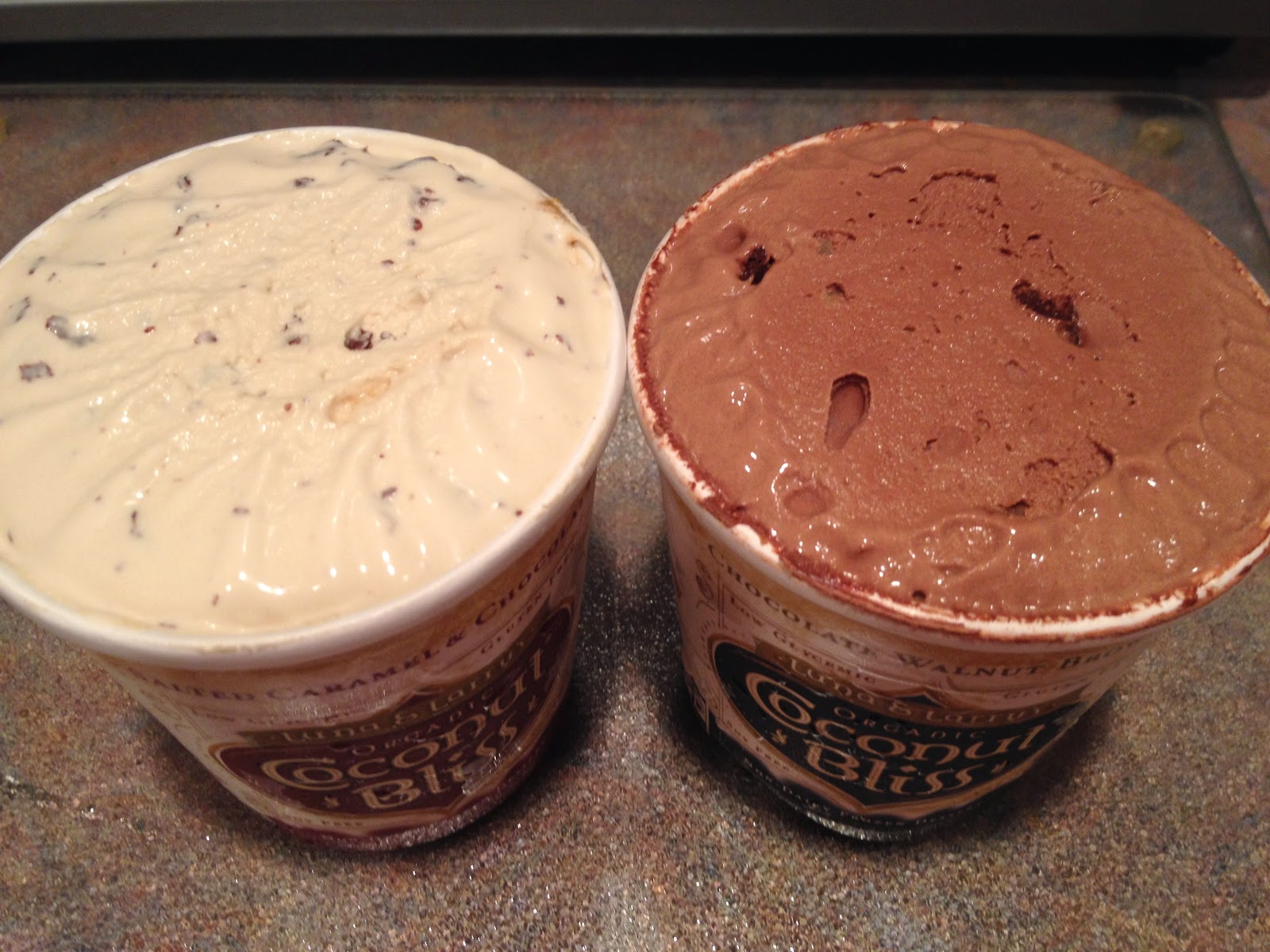 P.S. There may or may not have been some Sweet Ritual salted caramel sauce involved as well (more on that soon!).

Finally, here's 89 swiping a present for her...that somehow got mixed up in my dad's Father's Day gift.   Funny how that happened! 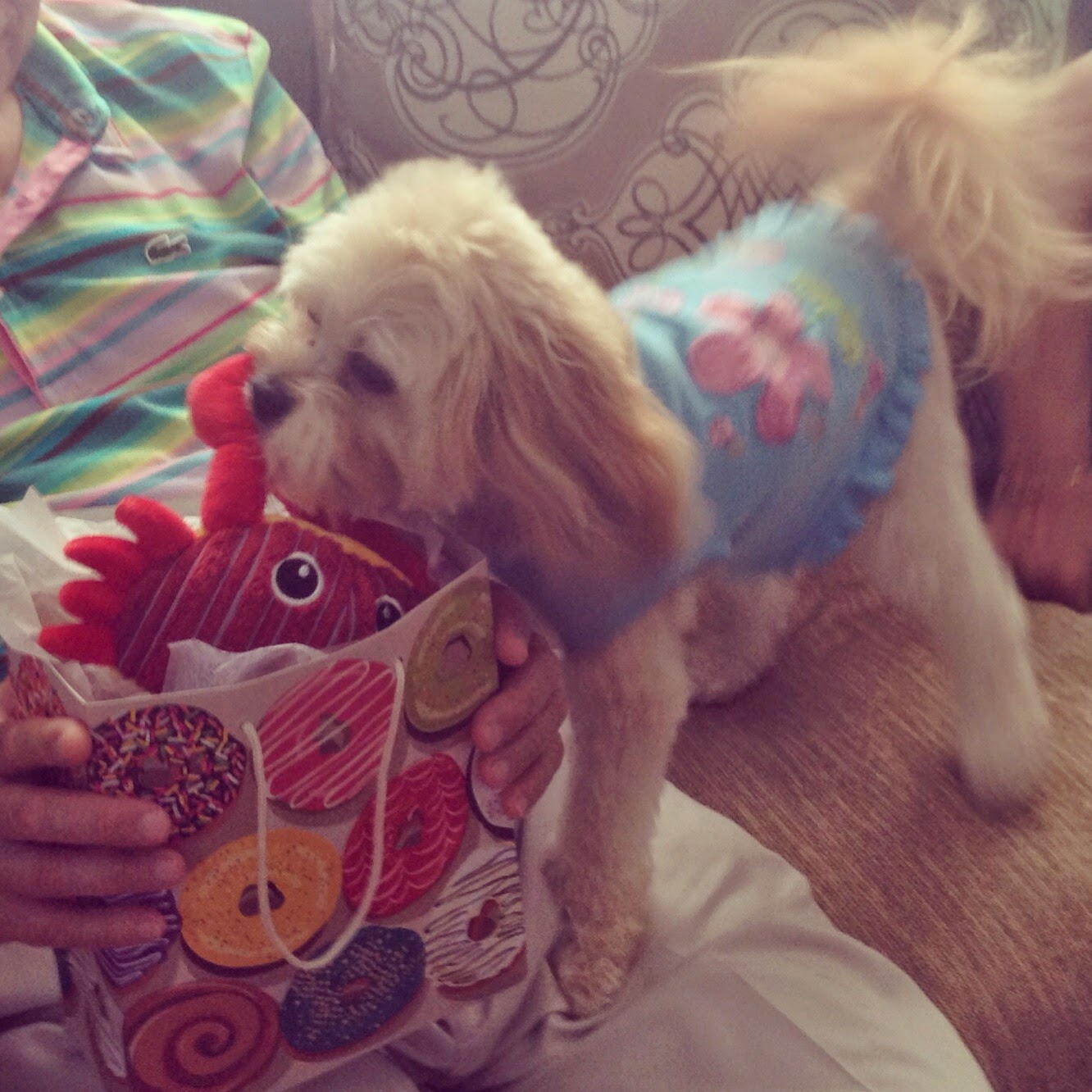 Hope everyone enjoyed their day as much as we did.