A friend and I were recently in Red Bank and realized we had plenty of time to kill before he had to be at a concert, so we made the short trip to Asbury Park to see what was to be seen.  It's changed a lot in just the last few years: particularly in the realm of vegan food.  The place we were most interested in was Goldie's, a new and upscale vegan restaurant that's been receiving rave reviews for their seasonal menu ever since opening. 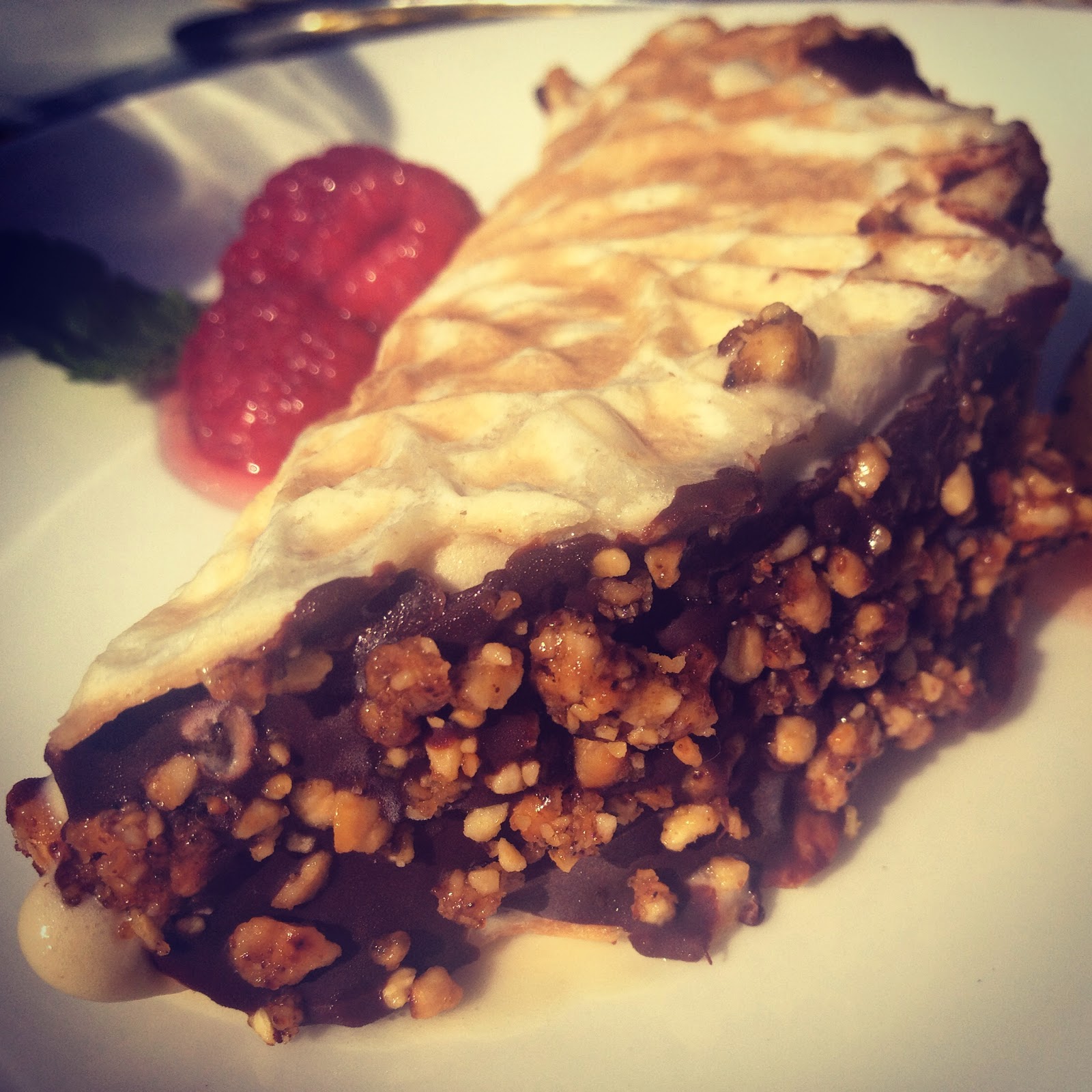 I'm not sure what I was expecting, but when we came upon the restaurant there was something so welcoming about it that I implored my friend to "just have a drink," and he agreed. 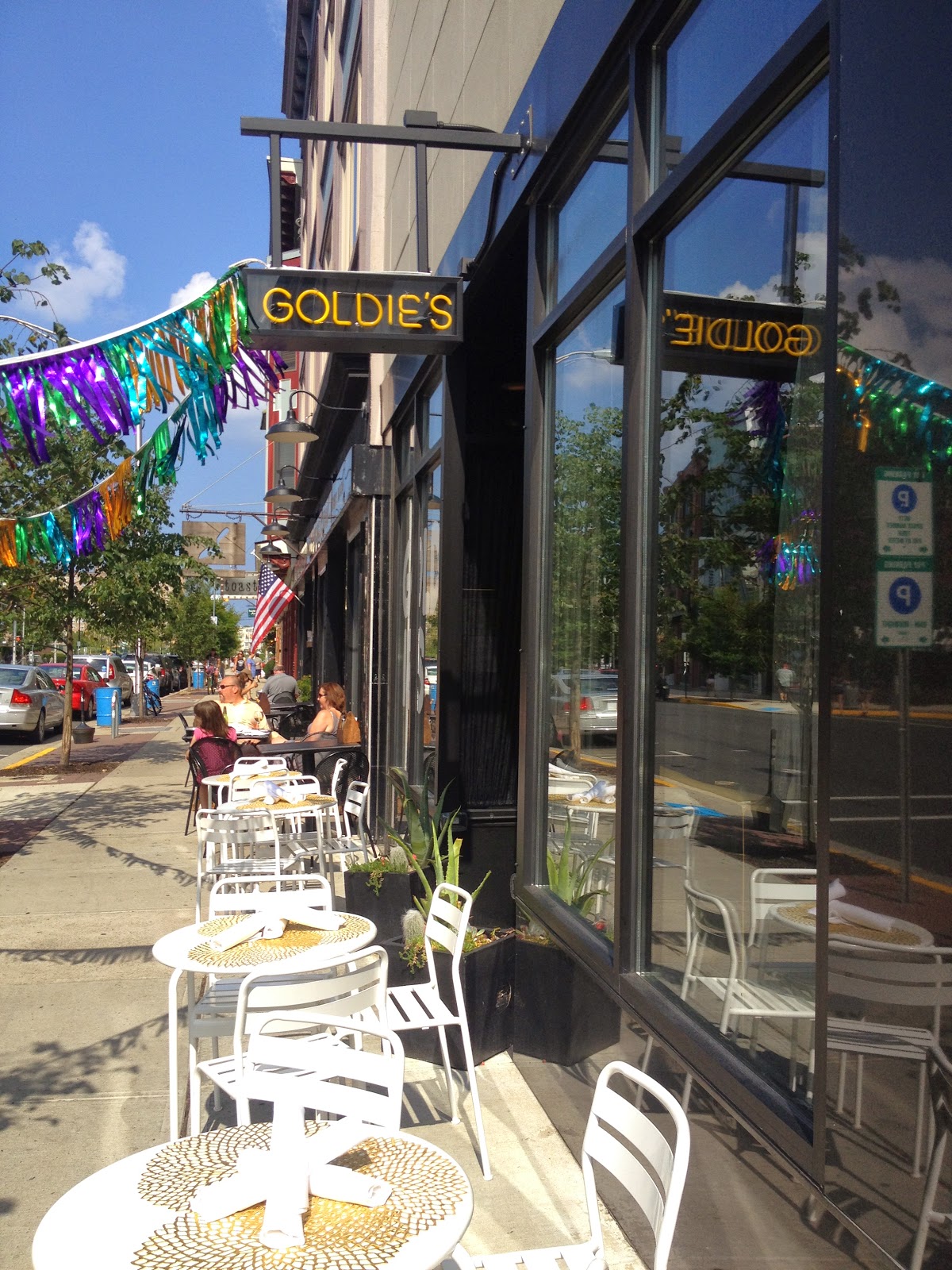 While I did peek inside to get a glimpse of the stunning dining room, on this visit we remained outside because our third was of the canine variety, albeit vegan as well.  The waitress did not hesitate to bring out a bowl of water, which we really appreciated because it was very hot. 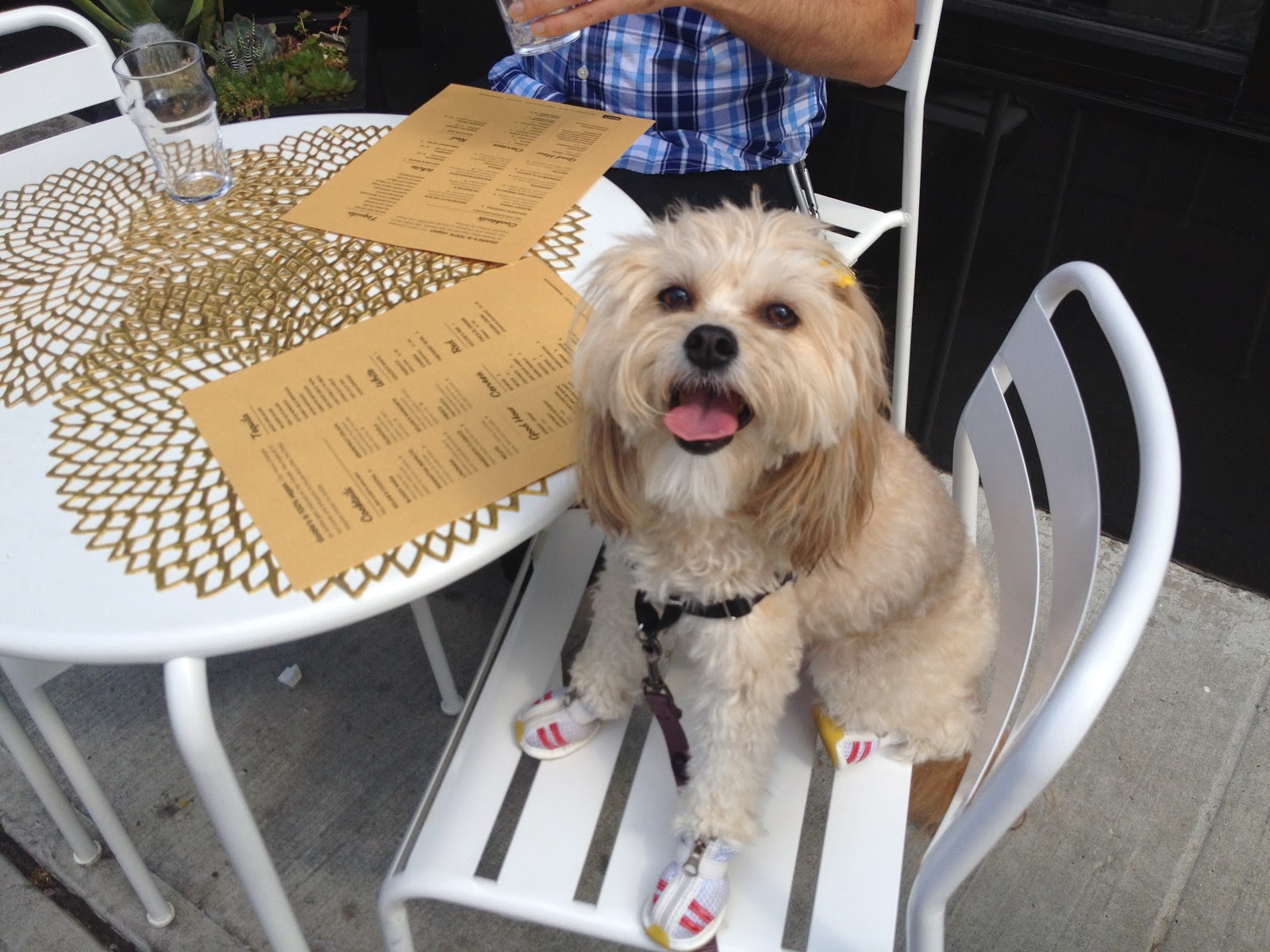 I had the limonada: strawberry-infused vodka (choice of tequila if you prefer) with housemade lemonade and my dehydrated friend went with a seltzer to start.  The waitress could not have been more gracious in helping me choose a drink.  I wanted something fruity, sweet, and refreshing; this was the perfect choice, although I have my eye on a few others from the drink menu in anticipation of my next visit. 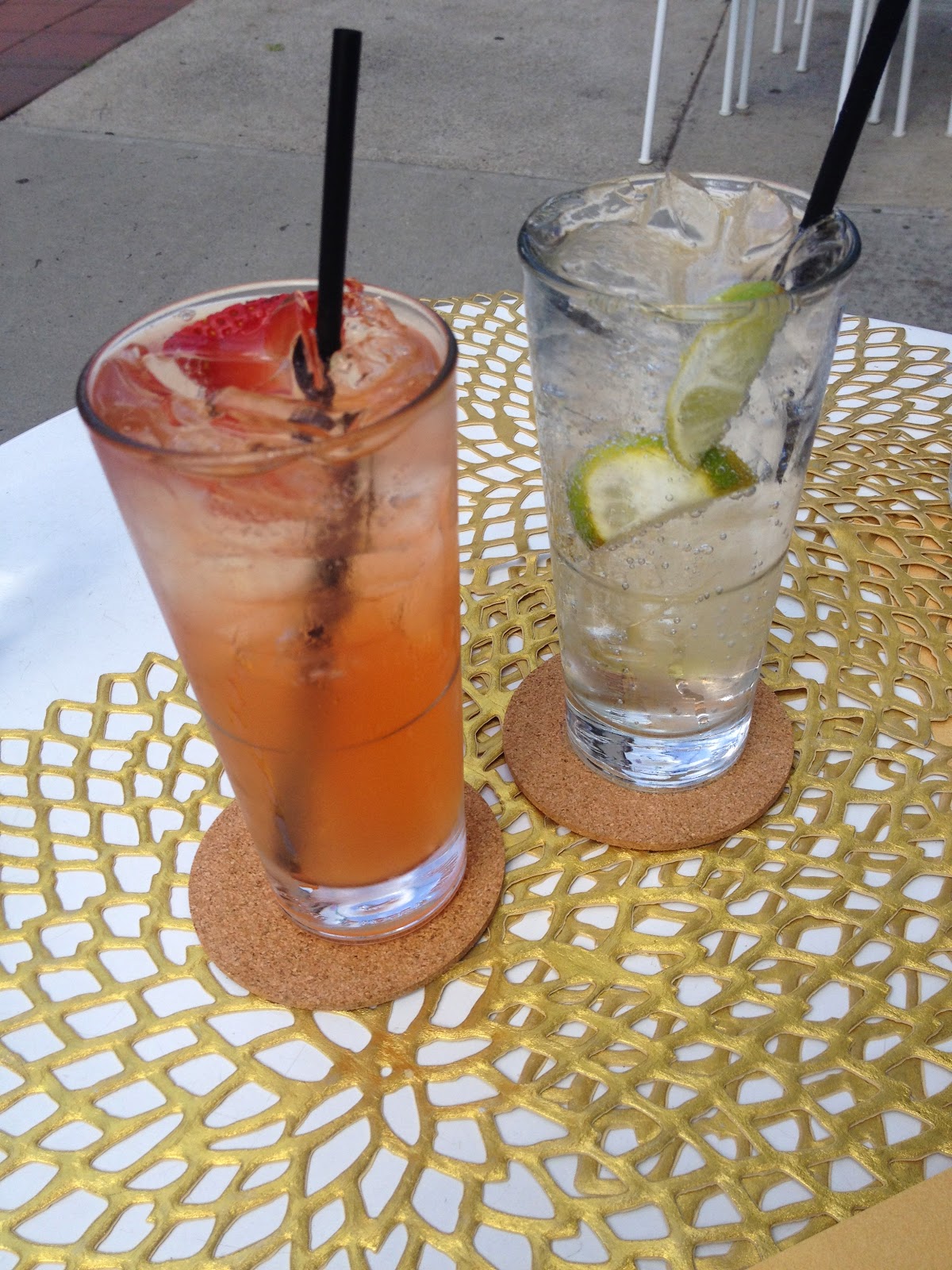 As you might imagine, we ultimately couldn't bear to sit outside of this extraordinary newbie restaurant without ordering something.  We decided to share an order of their superbly creamy and inventive pistachio flax guacamole, which contained a happily indiscernible amount of cilantro.  To make it even better, it came with an extremely appreciated generous portion of thick-cut, housemade chips.  Housemade chips!  In addition, the waitress kindly helped my friend choose a beer that he really enjoyed.  I make a mighty fine homemade guacamole if I do say so myself.  But this guacamole (and chips!) made me question why I would ever even bother again. 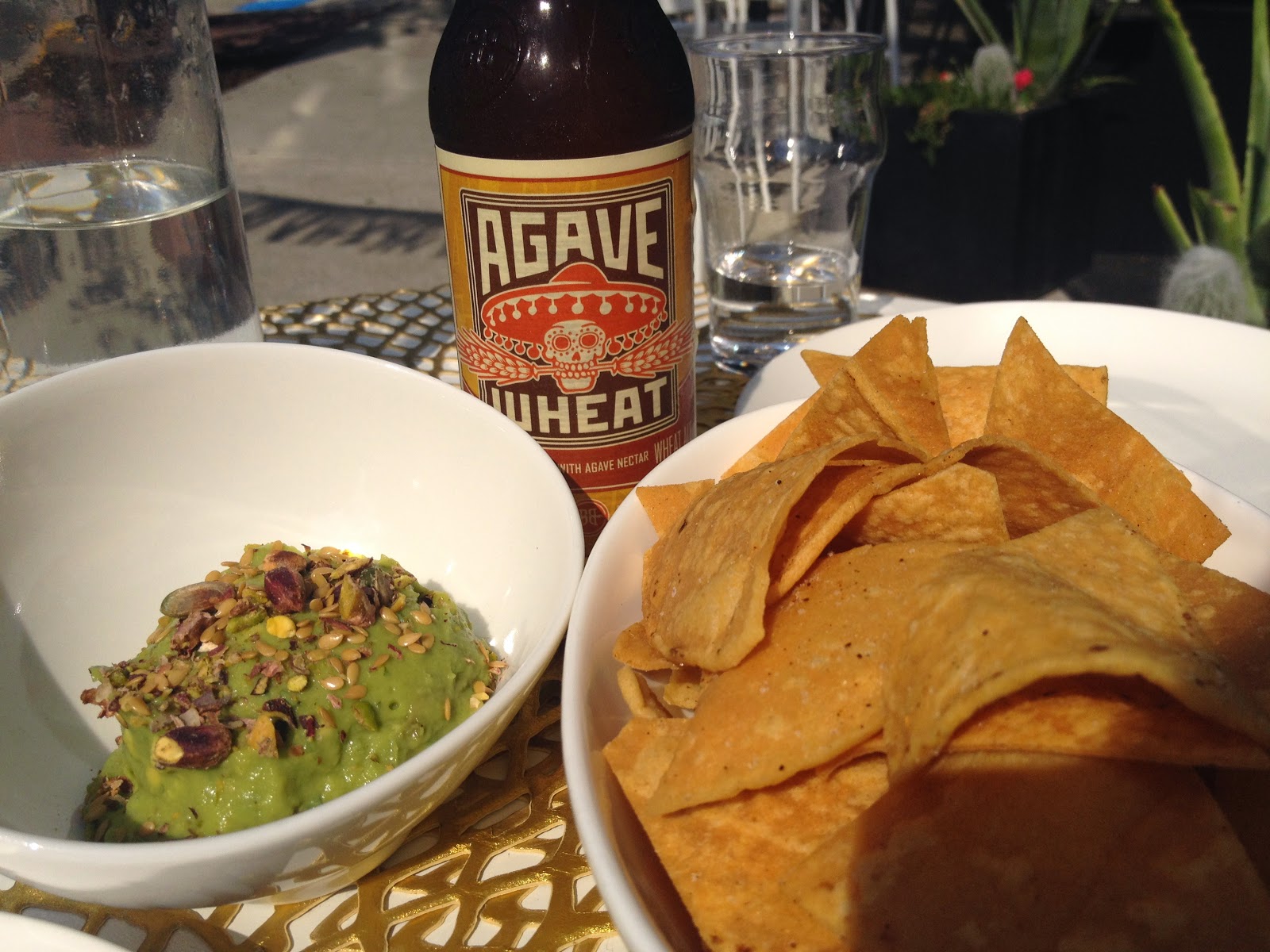 Truth be told, it was so hot that the refreshing beverages and small plates were plenty satiating.  Buuuut, I happened to know from another friend that there was something rather special on Goldie's menu for dessert: a choco taco with a waffle cone shell, spiced nuts, daily sorbet/gelato.  It just so happened that the gelato on that particular day (housemade for Goldie's from the gelateria across street) was salted caramel.  Who am I to argue when the universe is sending me those kinds of signals? 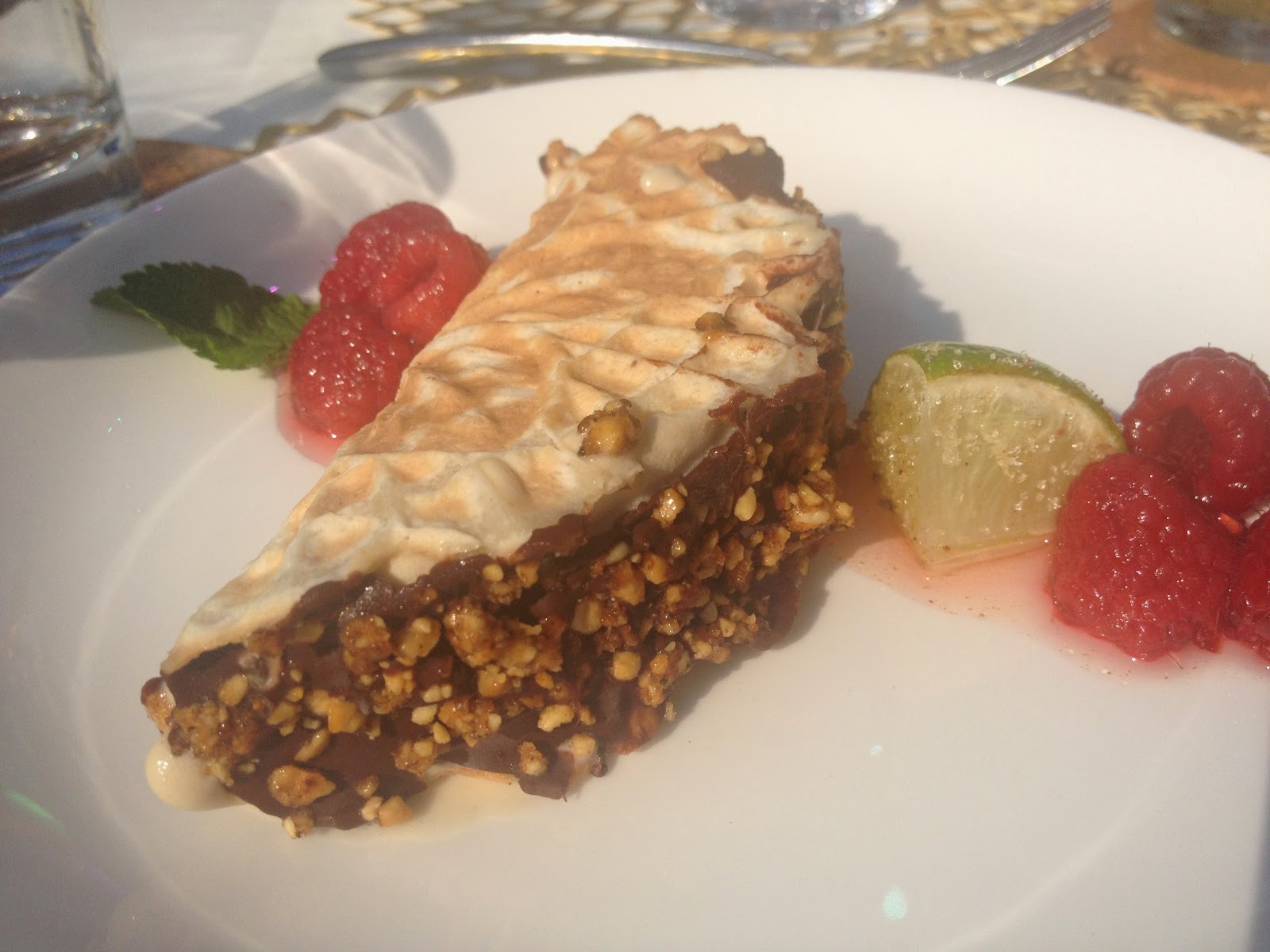 Let's be honest.  They could have served me a veganized, lowbrow, choco taco and I would have been satisfied.  But the choco taco I received was utter dessert perfection.  To start, the taco shell was a pizzelle.  A pizzelle!!  The gelato was a subtle, creamy caramel that had the perfect melting point (i.e. did not drip all over).  The chocolate was divine and the perfect thickness, the nuts added an impressive crunch and flavor, and the raspberries and sugared lime set everything off perfectly.  Overall, each detail and proportion was ideal; I get the distinct sense that that's just the way Goldie's does things. 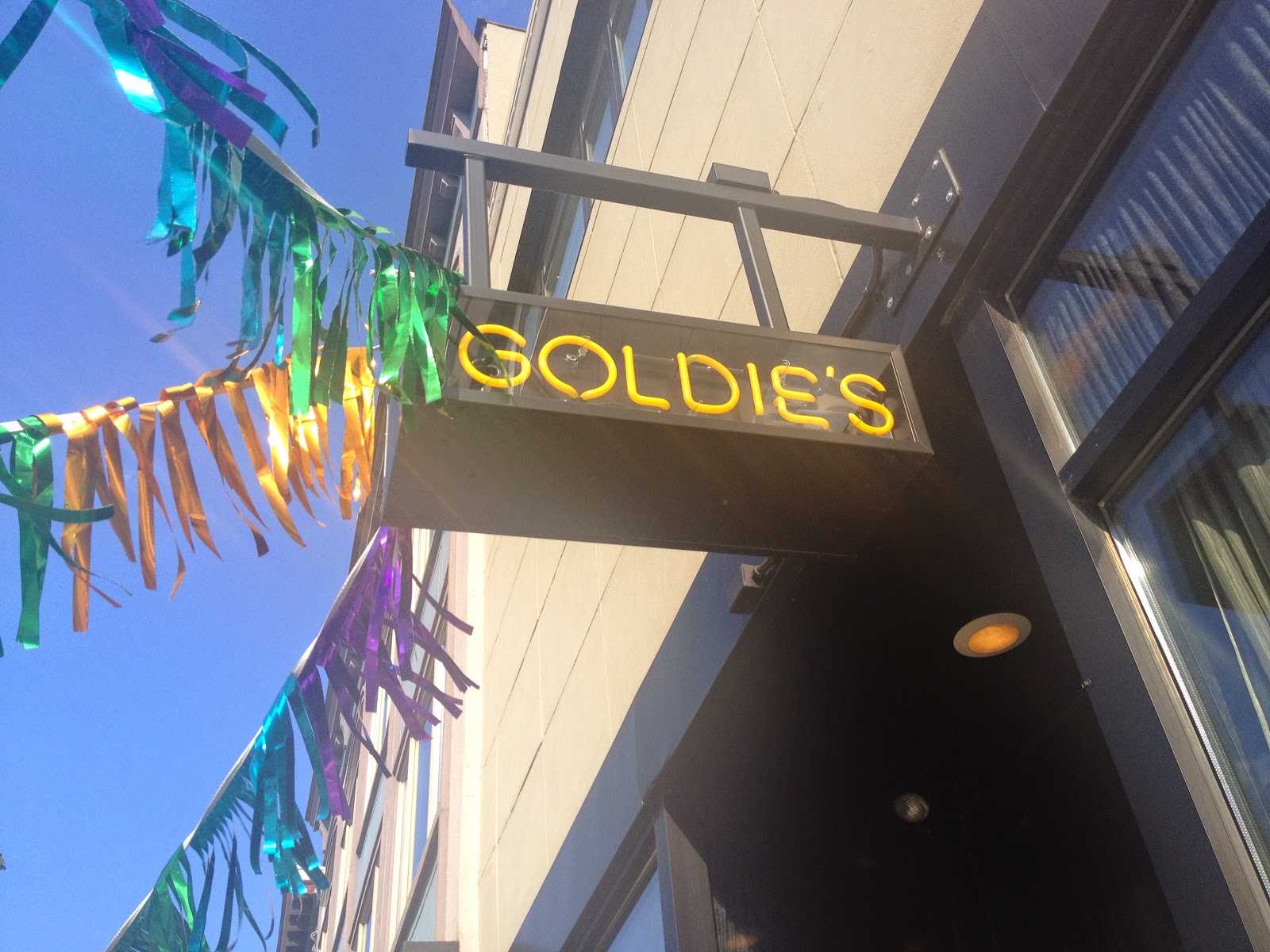 Needless to say, particularly on the heels of some extremely disappointing experiences at other upscale restaurants, Goldie's impressed me in every way.  Every detail was attended to in the outdoor seating; the waitress could not have been more kind, efficient, or accommodating; and the food was the best I've had in a very long time.  I am looking forward to returning very soon (I'll need at least one more choco taco before the menu changes) and often (keep in mind that their menu is seasonal!).  Goldie's is definitely worth the trip.