The Red Bank Farmer's Market runs Sundays from 9:00am - 2:00pm, May through November.  It's centrally located amongst other shopping, restaurants, and even an indie movie theater.  Plus, it's Jersey style: i.e., plenty of parking.  There are produce vendors, artists, and Blah, blah, blah; there's vegan food galore!


Is there a vegan in the tri-state area who hasn't yet heard of The Cinnamon Snail?
Keep updated on Twitter and Facebook to track the location of the "vegan lunch truck" throughout the week, but on Sundays in season you will usually find him at the Red Bank Farmer's Market.


I would like to go on record as saying that we absolutely, 100% ate a real, bonafide, meal at the Snail before chowing down on dessert.  The breakfast I've been meaning to try but never seem to make it in time for finally met my stomach: blue corn pancakes with pignoli nut butter, blueberries, and maple syrup.  I swear we enjoyed  this with coffee before digging in to the goods sweet stuff, but I can't prove it because I somehow managed not to save any of the photos that I took of the meal.  Suffice it to say, it consisted of four large, corny, blue-hued pancakes slathered in scrumptious butter, drizzled with syrup, sprinkled with fresh blueberries, and topped off with a dash of confectioner's sugar.  As per usual with Adam's meals, much too decadent to rationalize having come from a truck; you actually feel guilty that you are not relishing each bite off of china with silver!

And then there are the desserts which are just as snazzy, but for which I hold no such guilt.  Trays upon trays of glorious baked goods: 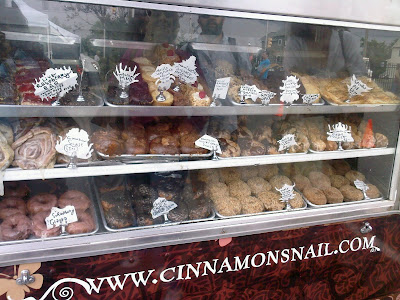 I came to the market with a mission, and that mission was simple: acquire the chocolate peanut butter cheesecake donut, devour, repeat.  Here it is, a thing of beauty: 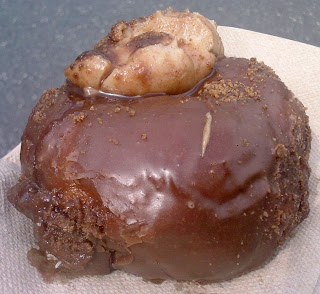 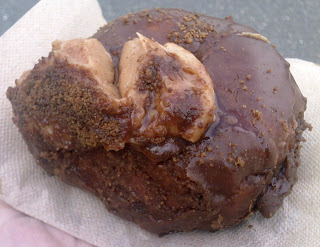 Oh my, but it was even better than it looked.  I get confused as to which donuts are considered "raised" and which are "cake" (what a vegan conundrum), but I think this is a raised one; so light!  Decadent chocolate glaze with a lush, peanut butter cheesecake double dollop; this ranks up there with my favorite donuts of all time.  Here's a shot of the cross-section: 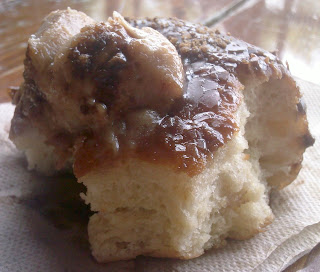 VM can never resist the apple cider donut; it's so dense, crisp, and absolutely covered with wall-to-wall crunchy cinnamon sugar. 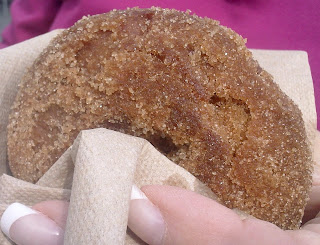 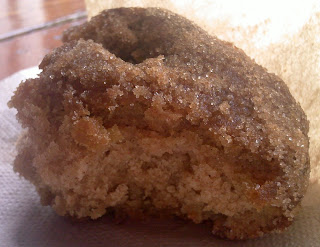 And then there was rain:
Even though we've been suffering a veritable drought these past few weeks, the quick onset rainstorm took us by surprise with its severity.  Armed with vegan goodness, I was unphased by the downpour; but, leave it to the ever-sensible VM to keep her wits about her and insist we seek refuge.  A GIGANTIC THANK YOU goes out to the kind folks at Tommy's Coal Fired Pizza who charitably allowed us to camp out in their covered seating area to avoid the storm.  We were a little full at the time, but I certainly wouldn't hesitate to beg them to serve Daiya patronize this restaurant in the future based upon their sincere kindness.


Cinnamon Snail Ain't the Only Vegan Game in town:
Yep, not one but two vegan vendors; our new friends from Papa Ganache can be found at the market as well!  We stopped by to grab some more chocolate say hello.  They have some gorgeous new items: fruit pies in assorted sizes, scones, and galettes.  Enjoy a sample and then try to resist leaving without a significant haul! 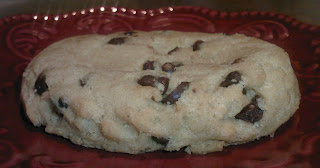 Being the health-oriented folks that we are, we both immediately chose Papa Ganache's tried and true chocolate chip cookies (only one made it home for the photo shoot).  Crisp, sugary, and amply chippified: how can you go wrong?  VM prefers their version with walnuts, but my preference prevailed on this visit! 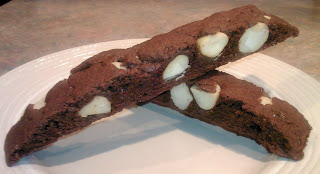 We also took home something we hadn't tried before: their dark chocolate macadamia biscotti.   These are truly cocoa-y and, as you can see, bursting with HUNKS of high-quality macadamia nuts.  They come in small or large, but I'd recommend the large because, um, it's bigger.  More biscotti in the belly!

Oh right, there are vegetables here too:
Lest you think that we were so overwhelmed by the vegan sweets that we forgot that there is actual produce at the farmer's market, I give you exhibit A: a humongoid, curliqued, sweet squash.  Please don't look for exhibit B because this was our sole vegetable purchase (don't judge us!).

One visit per person, per day...not here;
we ended where we began:
I intended to grab another chocolate peanut butter cheesecake donut from the Cinnamon Snail for the road*, but then I couldn't resist trying some of the other offerings instead.  Even VM, who adamantly proclaimed herself "beyond full" and insisted she didn't want anything...added another apple cider donut to the to-go order at the last minute. 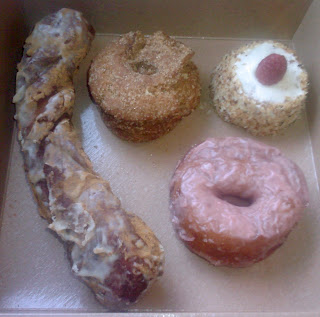 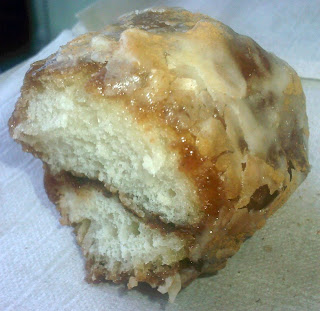 The behemoth on the left of the photo above is a cinnamon twist.  Covered in glaze and sprinkled with cinnamon, it smells just like a French cruller.  Inside there is a thick, unexpected, bonus ribbon of cinnamon.  Well, I guess it's not unexpected anymore. 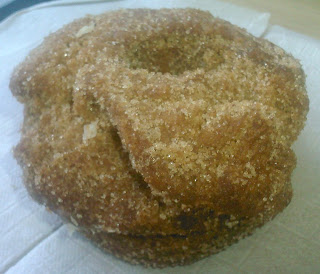 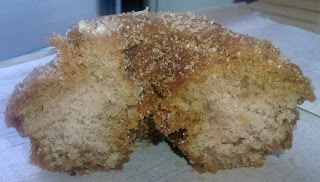 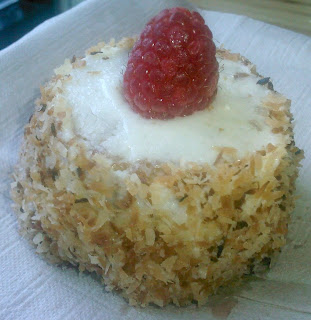 But it actually tasted like a super moist, fresh, raspberry muffin lighly iced (the way I like it) and rolled in toasted coconut. 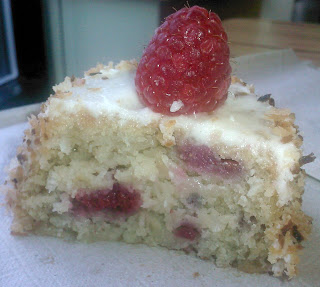 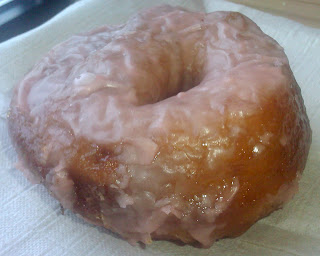 The chocolate peanut butter cheesecake donut was definitely my favorite of the selections; it surpassed the extraordinary expectations I had for it and I definitely should have brought another one home.  Until we meet again, Cinnamon Snail!

* We noticed a lot of people at the market had come prepared with their own re-usable containers.  This struck us as an excellent idea and highly recommend it for future market visits.  Much like at a bakesale, though, I'd suggest bringing more containers than you think you might need.  Sometimes there is more veganity available than you expect!
Posted by Abby Bean at 11:03 AM