Midsummer I had the opportunity to lunch at Agricola, a relatively new farm-to-table restaurant in Princeton, NJ. 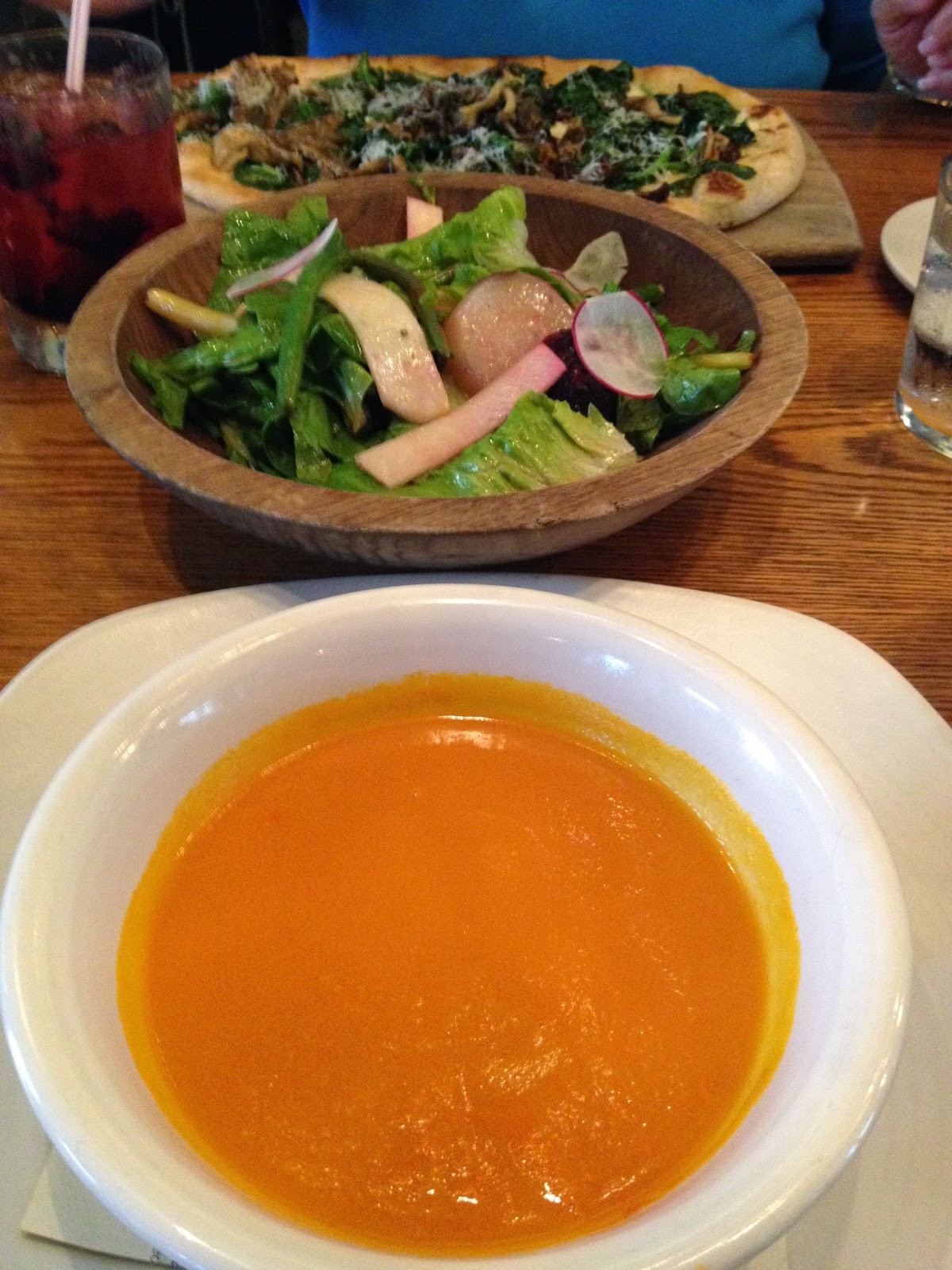 I'm not generally a fan of farm-to-table, as it is the restaurant manifestation of the humane meat myth, i.e., bullshit that makes people feel better about doing the wrong thing.  To that end, I give you exhibit A: 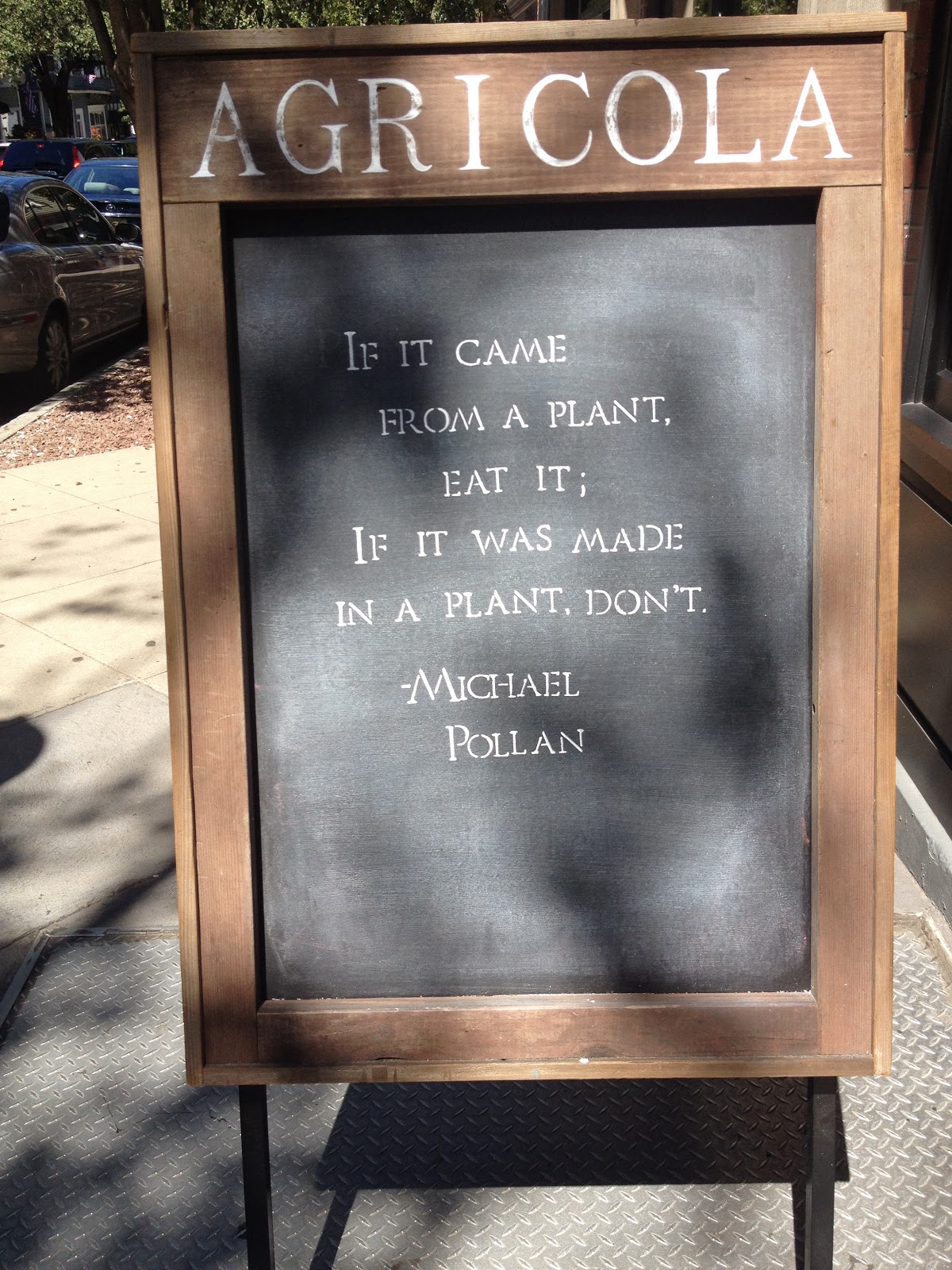 Might I remind Michael Pollan, champion of making people feel better about eating animals as long as it's after 6:00pm [correction: I'm getting Mark Bittman confused with Michael Pollan here #samedifference #notvegan (thanks, food feud!)], of two things:
But, I digress.  If you're detecting my animosity, I should share that the first blogpost that appeared on the Agricola website in anticipation of their opening had a picture of a happy (live) chicken with vague references to what their food would be like.  So vague, in fact, that many people- myself included, left comments asking if the restaurant would be vegan and/or vegetarian.  They never addressed the inquiries in the time I was checking back and have since removed the comments from the site entirely.  I'm not saying they have to be a vegan restaurant, I'm just saying that I'm not the only person who equates smiling chickens to living chickens that are not at risk of being killed for food.

But, I digress again.  I was in the area and decided to see just what a farm to table restaurant could offer a vegan. 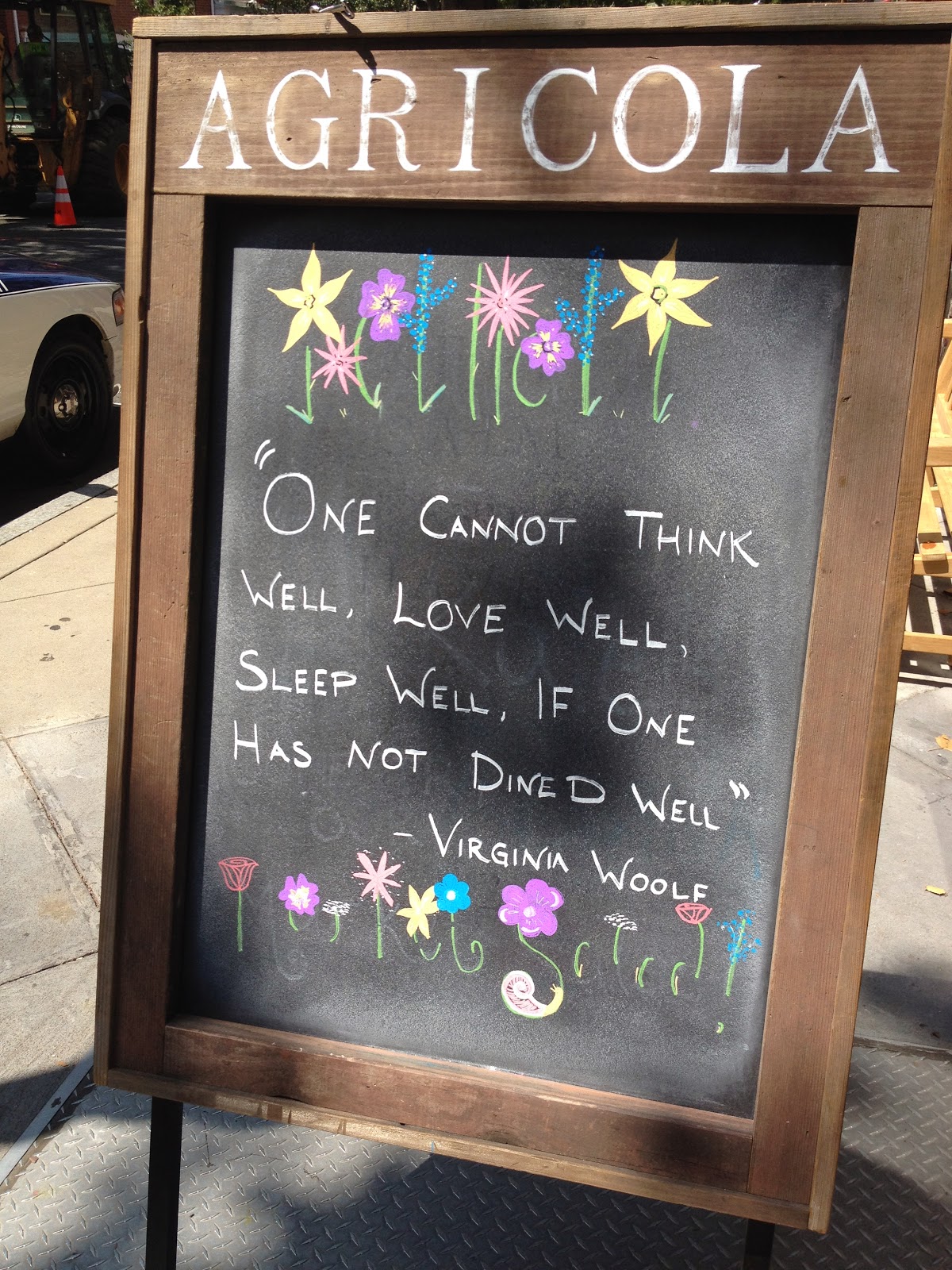 The cheery sign outside was not an indication of the greeting we received once inside; there was a confusing delineation between the bar hostess and the dining room hostess, which for us meant that since we were hoping to eat in the dining room, the bar hostess stood silently facing us while averting her eyes as we waited uncomfortably for our designated hostess.

Thankfully, our waitress was a gem from the get-go.  And I'm not just saying that because she recommended these fantastic drinks.  Left: blackberry bramble with greenhook gin, blackberry liqueur, blackberries, lemon.  Right: watermelon cooler with nj rum, watermelon, lime, mint. 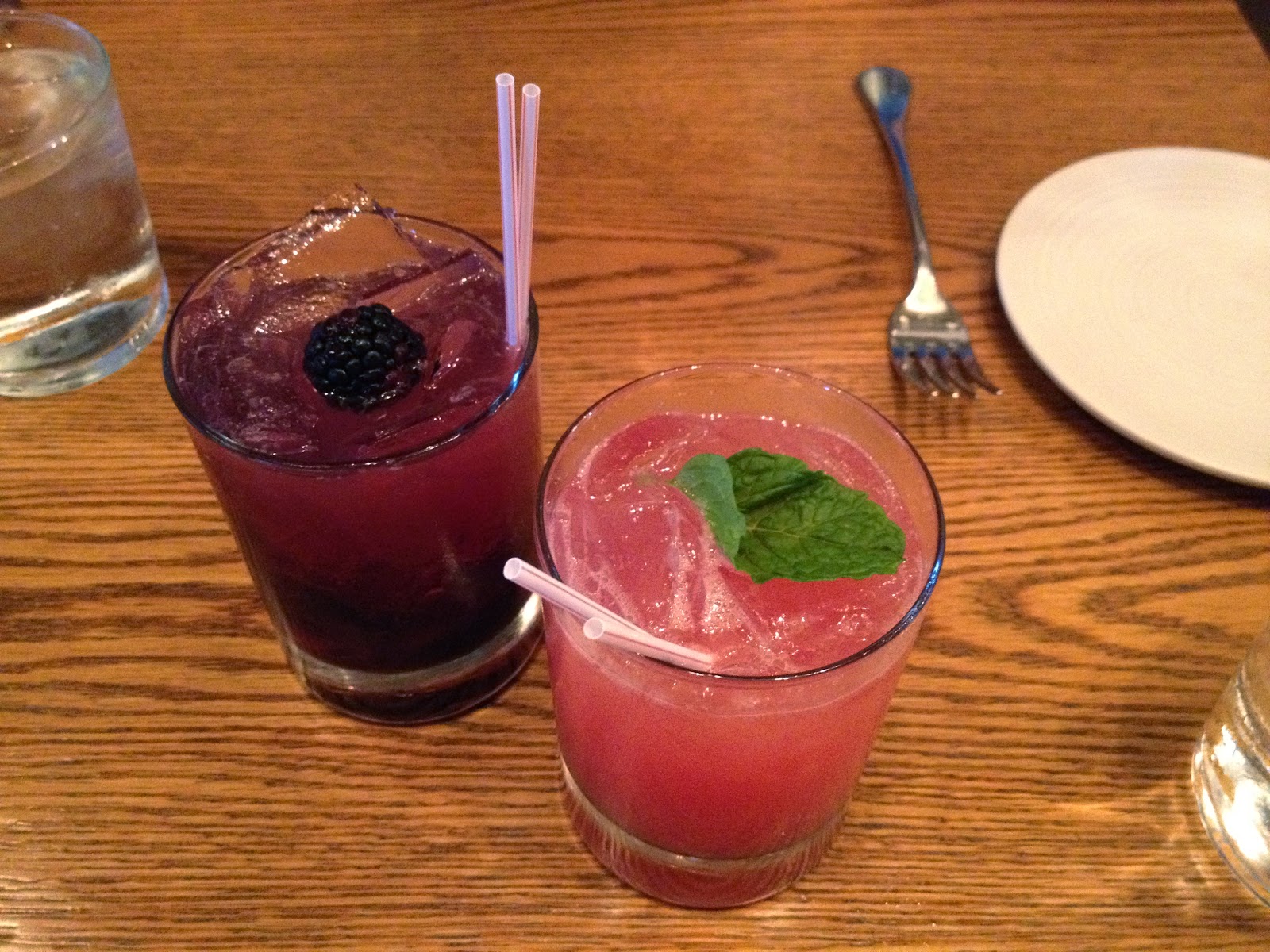 Or because the dining room boasts pickling in action. 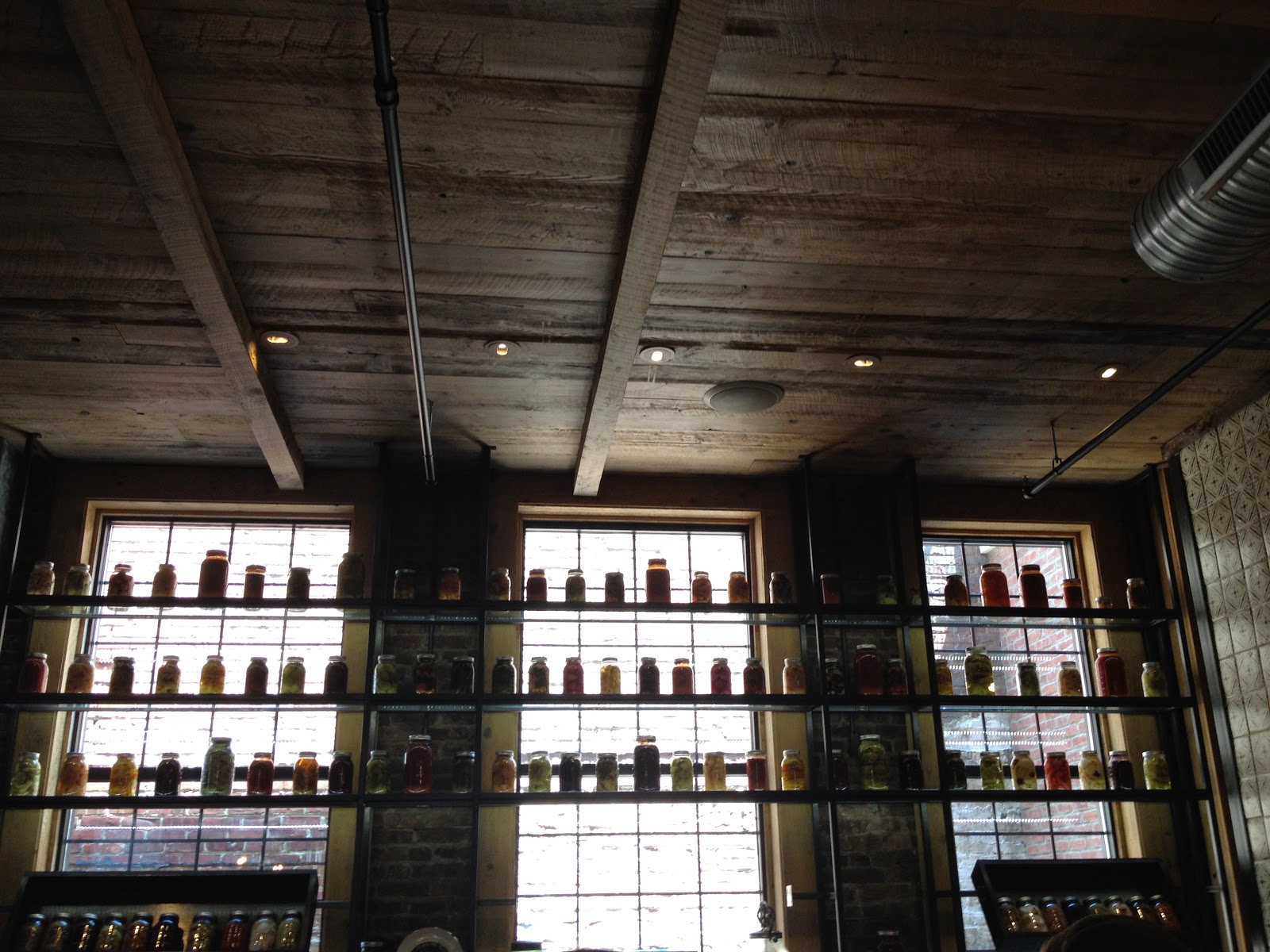 As it was the only vegan appetizer on offer, we went ahead and ordered the pickled and fermented vegetable plate to share, which was comically presented when the runner mis-identified most of the readily identifiable vegetables on the plate and even boasted some (celery?) that wasn't there at all.  It is a particular pet-peeve of mine when upscale restaurants do not staff appropriately, but this was a relatively minor foul. 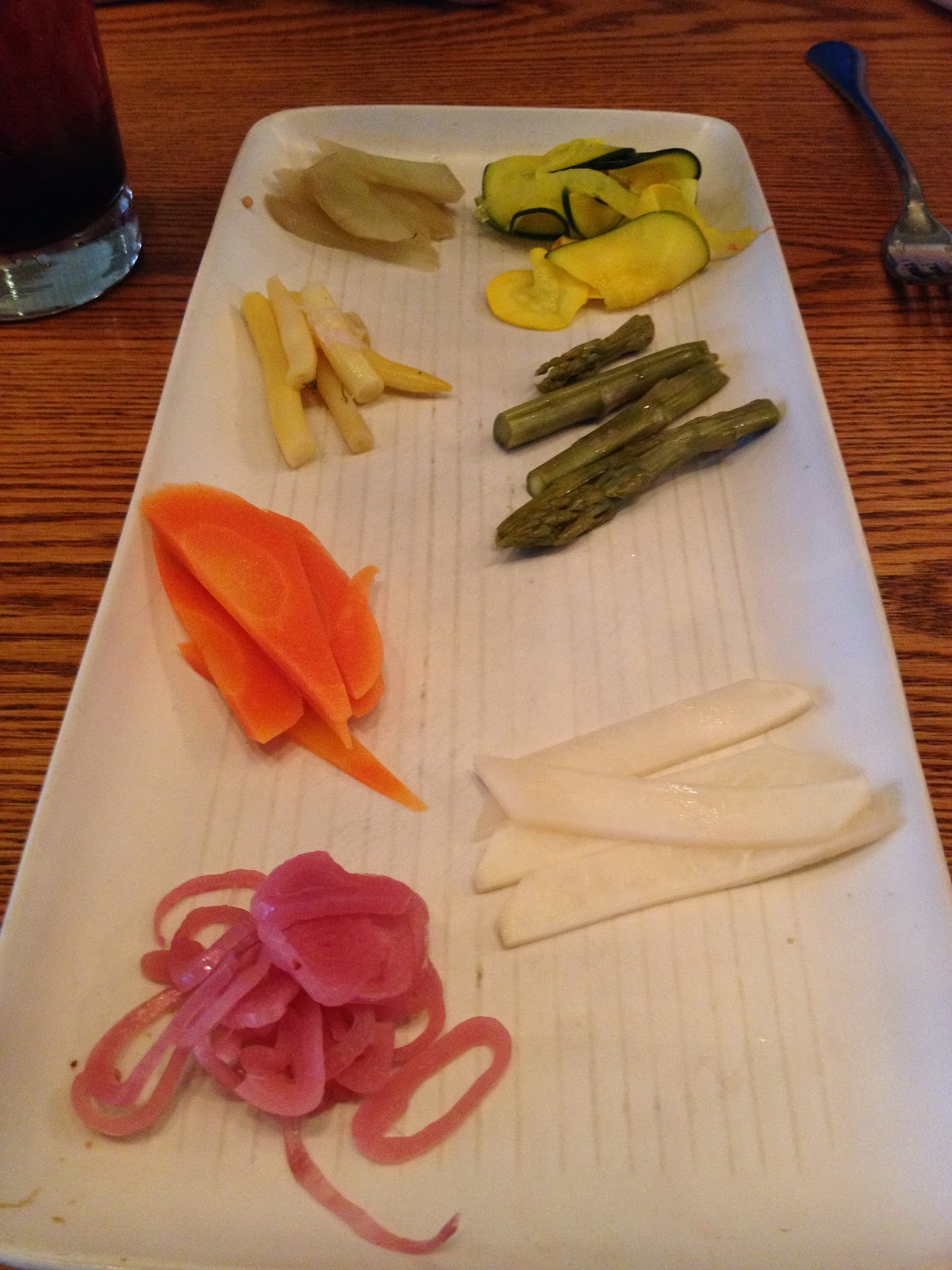 We enjoyed, but it was missing the wow-factor- both in taste and presentation.

The drinks were generously liquored and at this point I was feeling a bit too woozy for mid-day.  I'm not sure why, but we had to specifically ask for bread even though the station was right behind us.  Is bread-upon-request a thing? 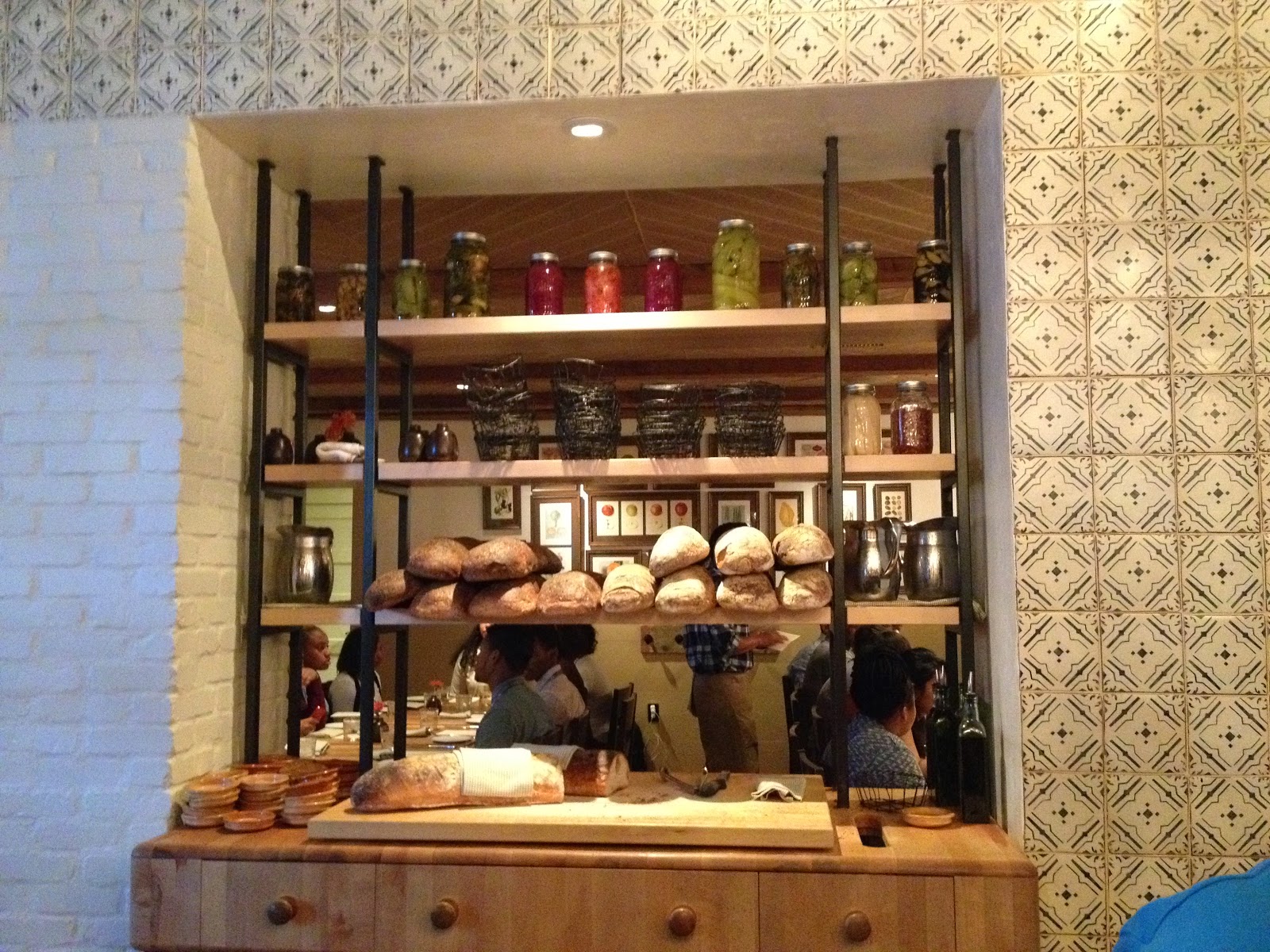 For lunch, I started with the carrot soup.  The waitress told us that their soups are usually vegan but to always alert the server because sometimes there is a creme fraiche garnish or some such that can be easily left off.  I make a mean carrot soup myself, but I still have to admit that this one was outstanding. 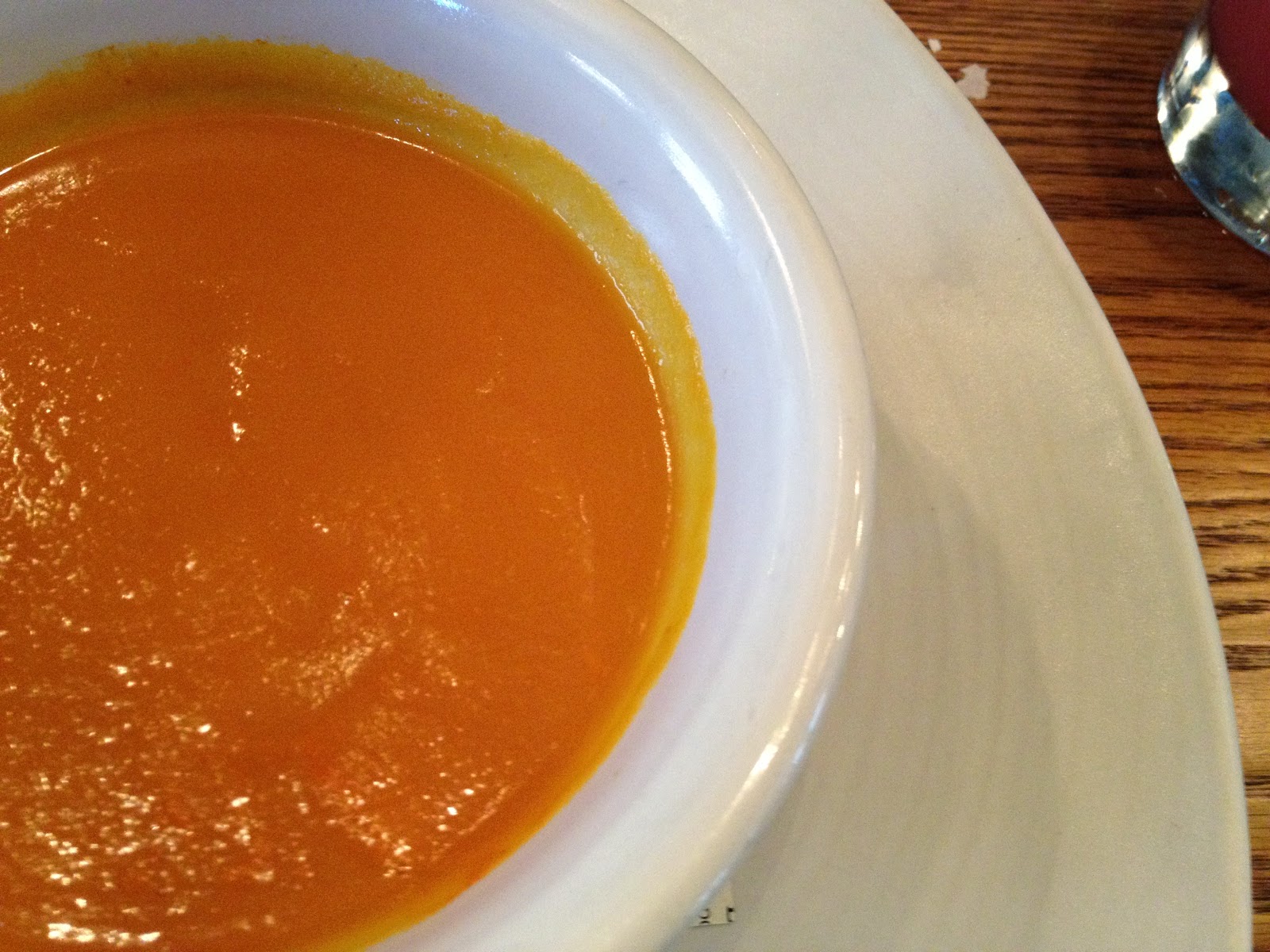 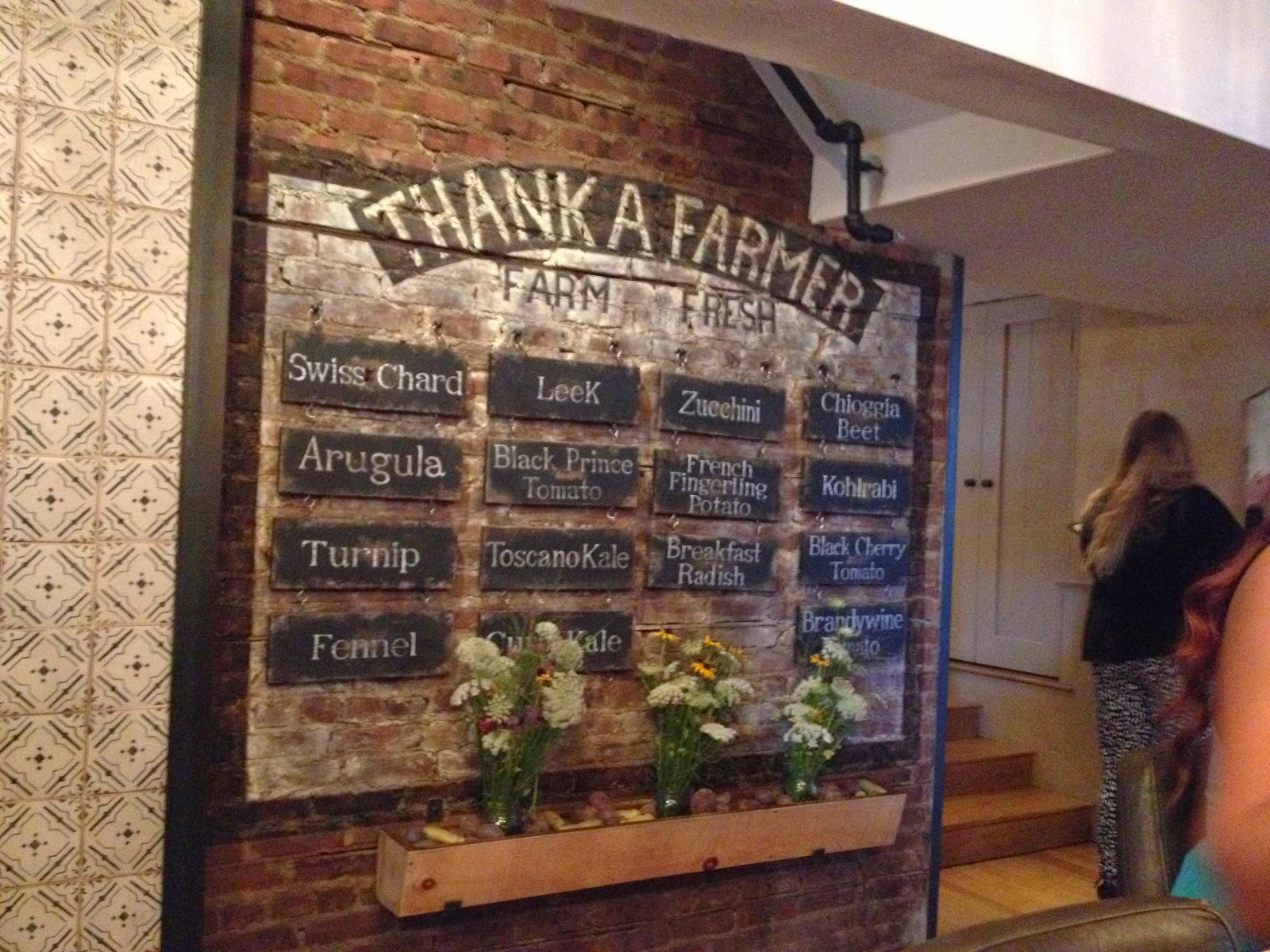 Yet somehow I was served an extremely small, relatively pathetic salad of romaine, with a few paper-thin slices of radish, 2-3 string beans, jicama, and beet.  Farm to table failure at it's finest. 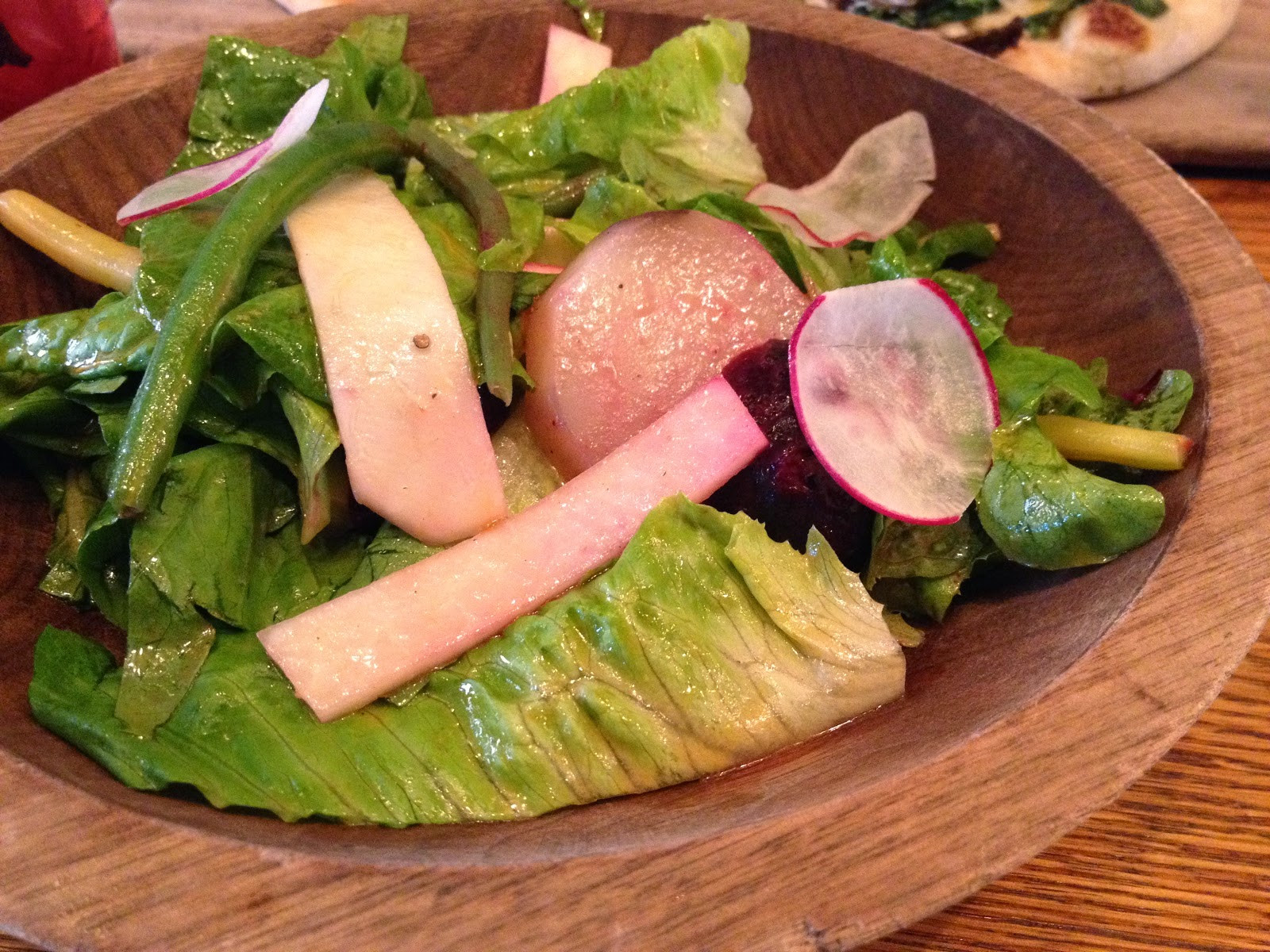 Not pictured is VM's vegetarian flatbread, which she seemed to enjoy. 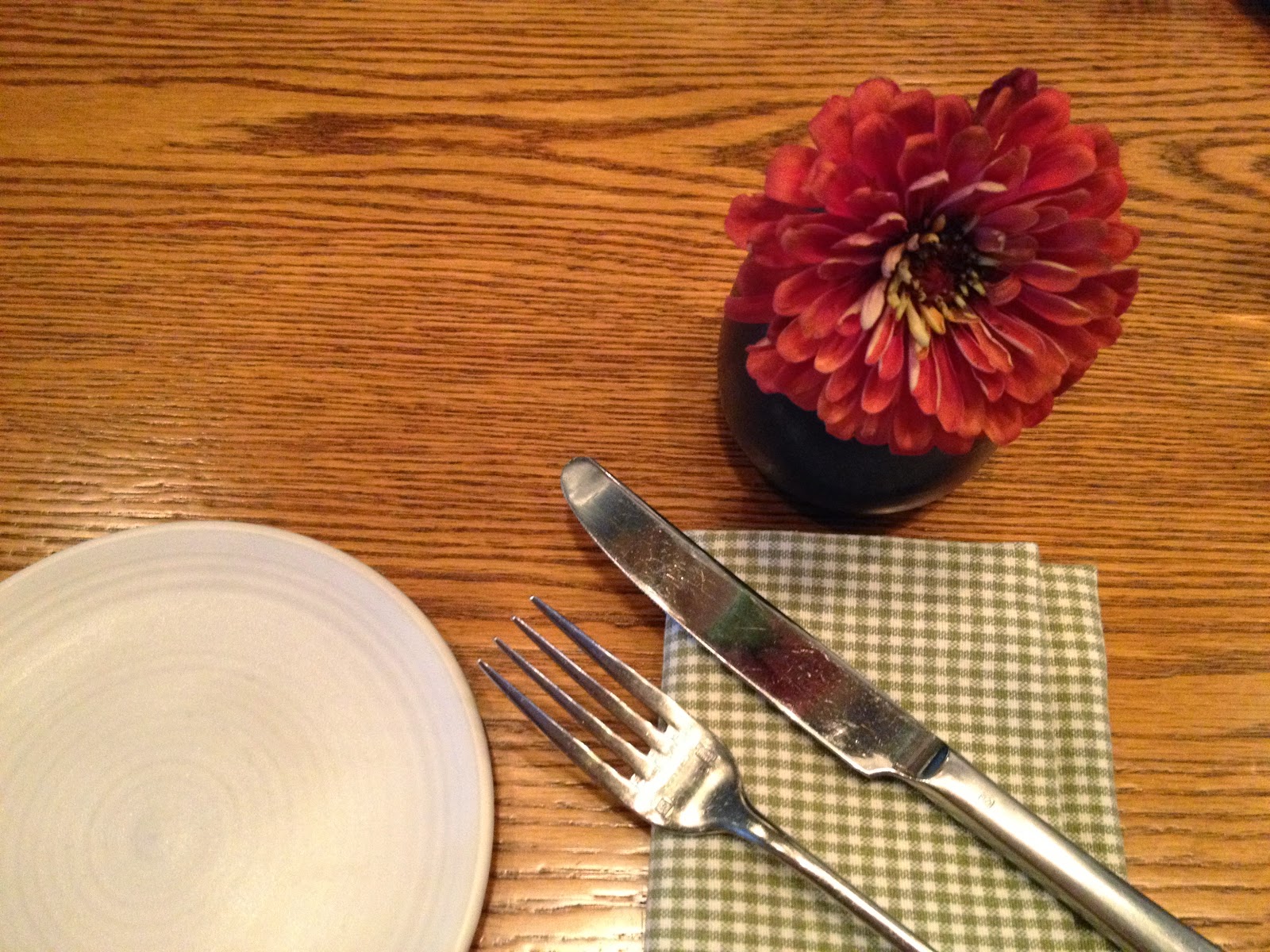 I asked about vegan desserts and they had some fruity sorbet that fell under the category of N.I.

On the plus side, there were these innovative light fixtures made of overturned crystal vases. 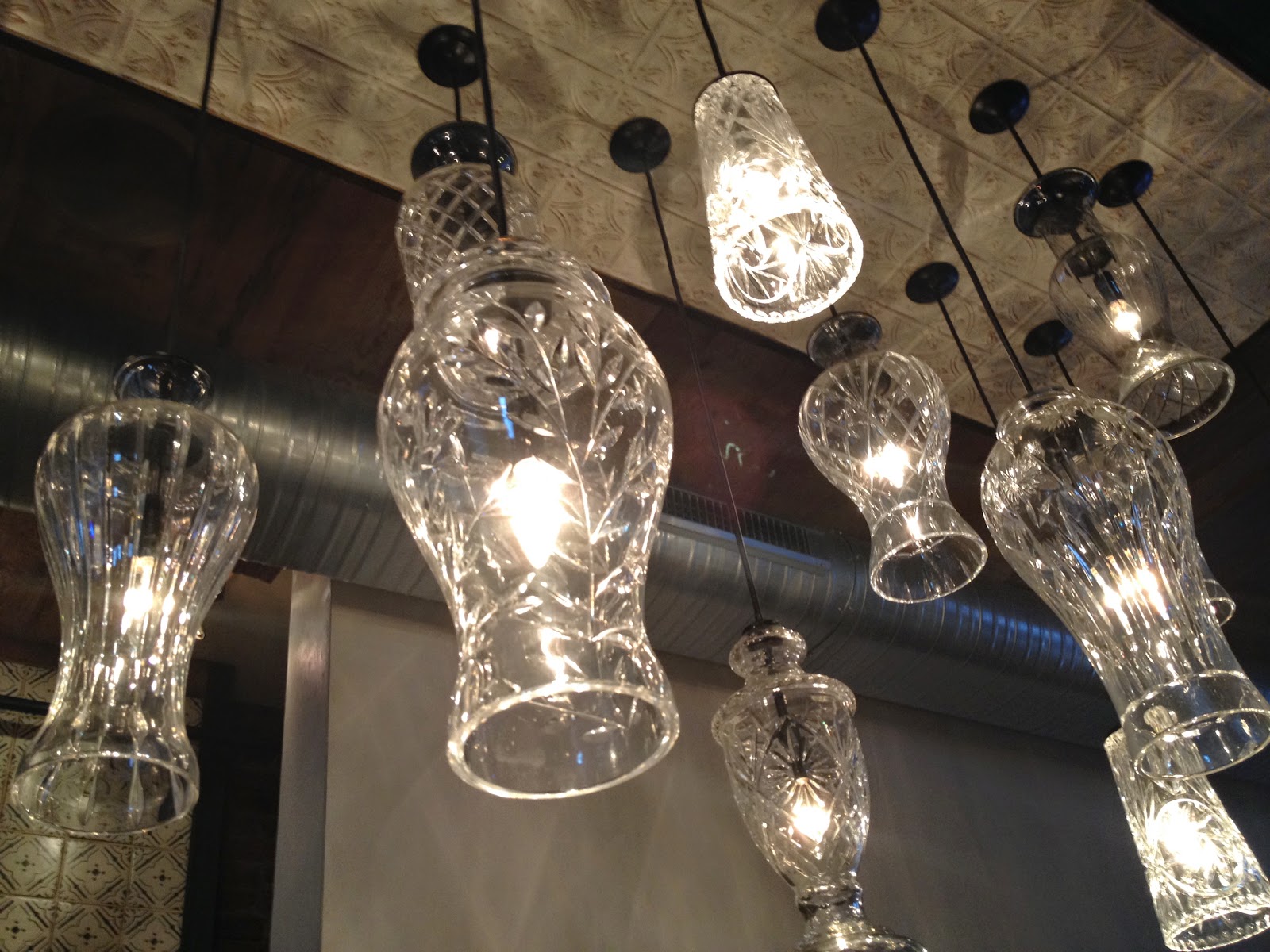 And these interesting decorations dividing the otherwise communal tables. 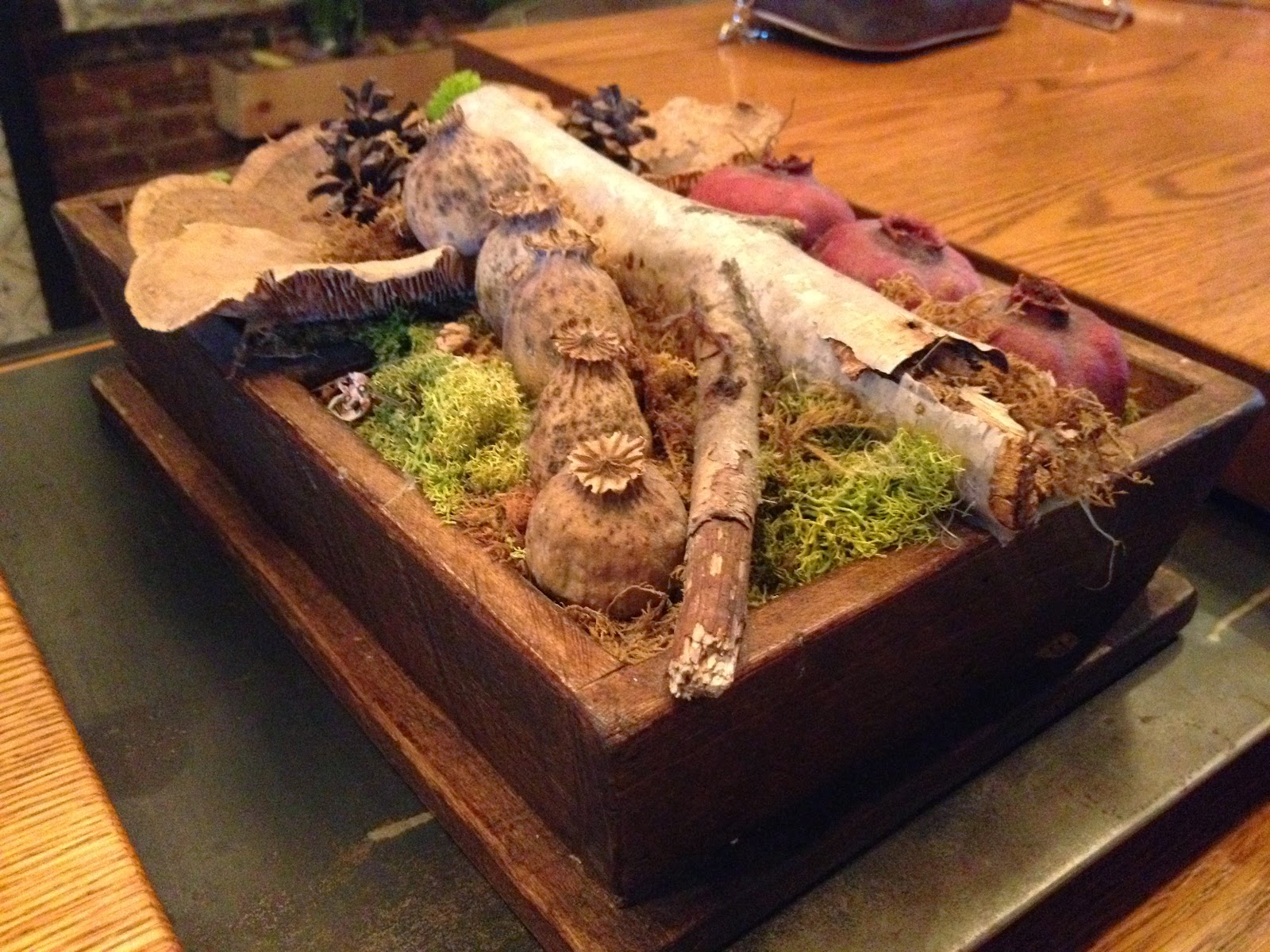 Removing the ridiculous way "farm-to-table" establishments have capitalized on the humane myth, I do think that Agricola has potential for vegans; but, the first step would be to welcome them by offering explicitly identified vegan items on the menu- and to make them impressive (i.e. not a sad, limp salad in a shallow, diner-like bowl).  Let us all keep in mind that a farm is not just a place to imagine your food leading a happy life up until meeting its demise to satisfy your selfish palate; it is also, ideally, where one would find land lush with veggies.

Email ThisBlogThis!Share to TwitterShare to FacebookShare to Pinterest
Labels: Agricola