I'm a big fan of Markets of New York; in particular, their New York City guide.  Through their website, I recently became aware of Smorgasburg: a relatively new, food-vendor extravaganza on the Williamsburg waterfront.  In the area to meet a friend at Foodswings, I decided to make my way early enough to check out the scene's vegan possibilities. 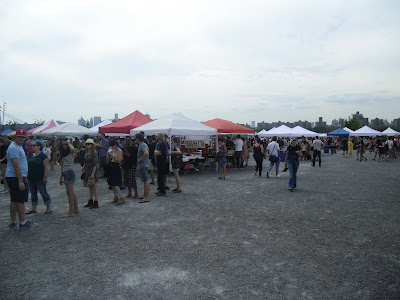 I walked into the crowded, gated area and a couple of things immediately caught my eye.  Standing out from the multitudes of obviously meat-centric vendors were two, prominent, jerky booths, as well as another proclaiming, simply, "DUCK".  Let the gagging commence.


Besides almost being faked out by a kale salad that had been ruined by shredded cheese mixed in, I'd say I made it around a good half of the large area until I found something vegan: Rob & Anna's Soft Serve Frozen Bananas, which I assume is much like the banana whip from The Bent Spoon. 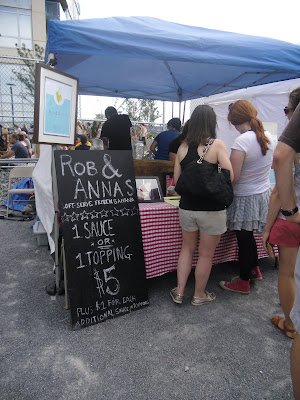 Round and round I went, bypassing everything from oysters to BBQ.  Perhaps most irritating was the greenwashing; experiencing such a slow, internal, burn- at one point I texted a friend, "Mostly local, humane, farm-raised, sustainable bullsh**".  He wasn't sorry he missed it.

I did see People's Pops, a small, vegan-friendly (all vegan?) local company who makes fancy-schmancy ice pops and shave ice.  You can find them all over the city! 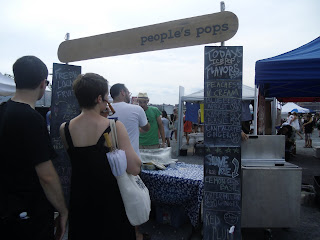 It was exciting to find Flour City Pasta, with their welcoming vegan sign! 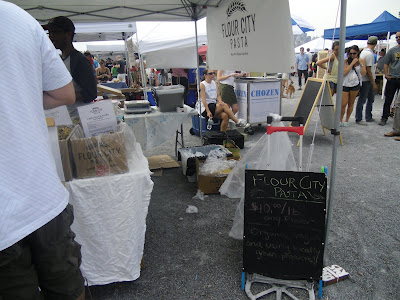 So many different, colorful varieties to choose from, but I wish they would have been selling some fancy pasta salad to showcase their products.  After all, the event is geared significantly more towards munching than shopping. 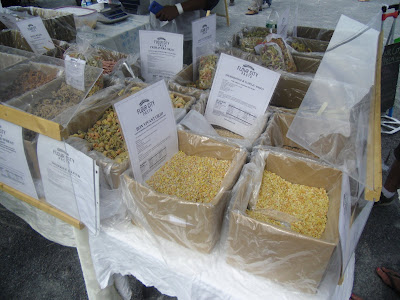 Another booth suffering the same, unfortunate lack of interest due to the fact that they weren't offering prepared food, was The Brooklyn Bean Co. 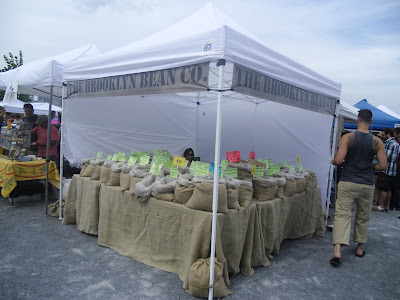 I've heard good things about Salud, but they seemed to mainly be concentrating on smoothies (and roasted fava beans- which can be very dangerous), as opposed to bites. 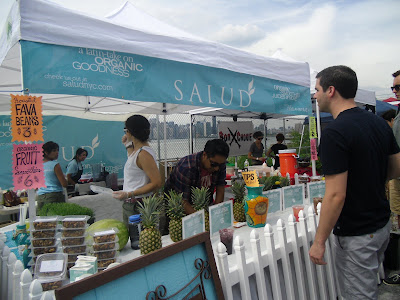 It was nice to see that it's not only vegans who go crazy for free samples, but I really had to throw some elbows force my way into the McClure's pickle booth to check out the ingredient list on the dill potato chips they were selling.  To my delight, they were unexpectedly dairy free.  Unfortunately, when I attempted to pay for the 99 cent bag of chips with a dollar, the girl at the counter looked at me like I was cray-cray.  Math isn't my strong suit, but my eyesight is fine.  When I pointed out that the price printed on the bag was clearly 99 cents, she informed me they were "actually two dollars"- punctuated with unabashed exasperation for what she perceived to be my naive stupidity to expect something to be priced as marked.  I told her that was ridiculous- both for the obvious reason and because she was continuously smiling- bordering at googly eyeing- all of the grubby folks who were treating the sample plates as a buffet, but was on the verge of alienating her only paying customer.  After a nefarious giggle highlighted her confirmation of the over-charge, I let her keep the chips. 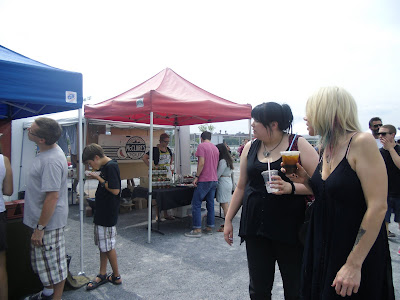 And then, finally, in the distance, the infamous Barry's Tempeh I've been hearing so much about.  They were offering a delicious looking and beautifully presented bbq sammie served with cole slaw.  It was too crowded for me to check on the veganity of the entire offering and too late to partake in such a sandwich before lunch, but I asked another patron if it was good and he told me that he'd been a vegetarian for 21 years and he couldn't believe how good it was.  I'd say this is your best bet at the event. 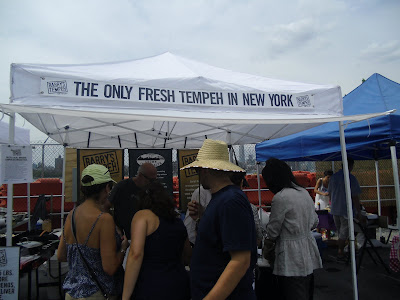 If you have any vegan-friendly suggestions to prevent Smorgasburg from becoming Smorgasbored, I'd be happy to hear them.  I did ask for guidance at the information booth, but the two men I spoke with didn't exactly give my vegan inquiry much consideration.

On another, unrelated note- don't wear sandals; scooping dusty gravel into my shoes with every step only exacerbated the grimness of my already long-suffering disposition. 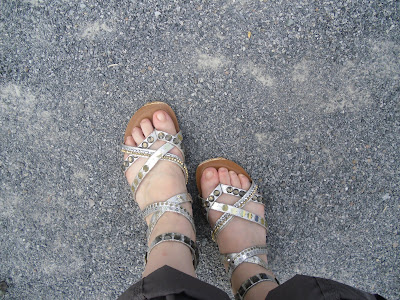 Email ThisBlogThis!Share to TwitterShare to FacebookShare to Pinterest
Labels: Smorgasburg