In the interest of full disclosure, I should start with the disclaimer that I graciously purchased an assortment of Charm School Chocolate to gift my parents for Valentine's Day. Because they happen to be two people who possess traits alien to me such as restraint and self-control, I have found myself eating their swag on more than one occasion. Ok, I've already eaten most of it. But, in my defense, YOU SNOOZE YOU LOSE. Chocolate doesn't last long in my house. 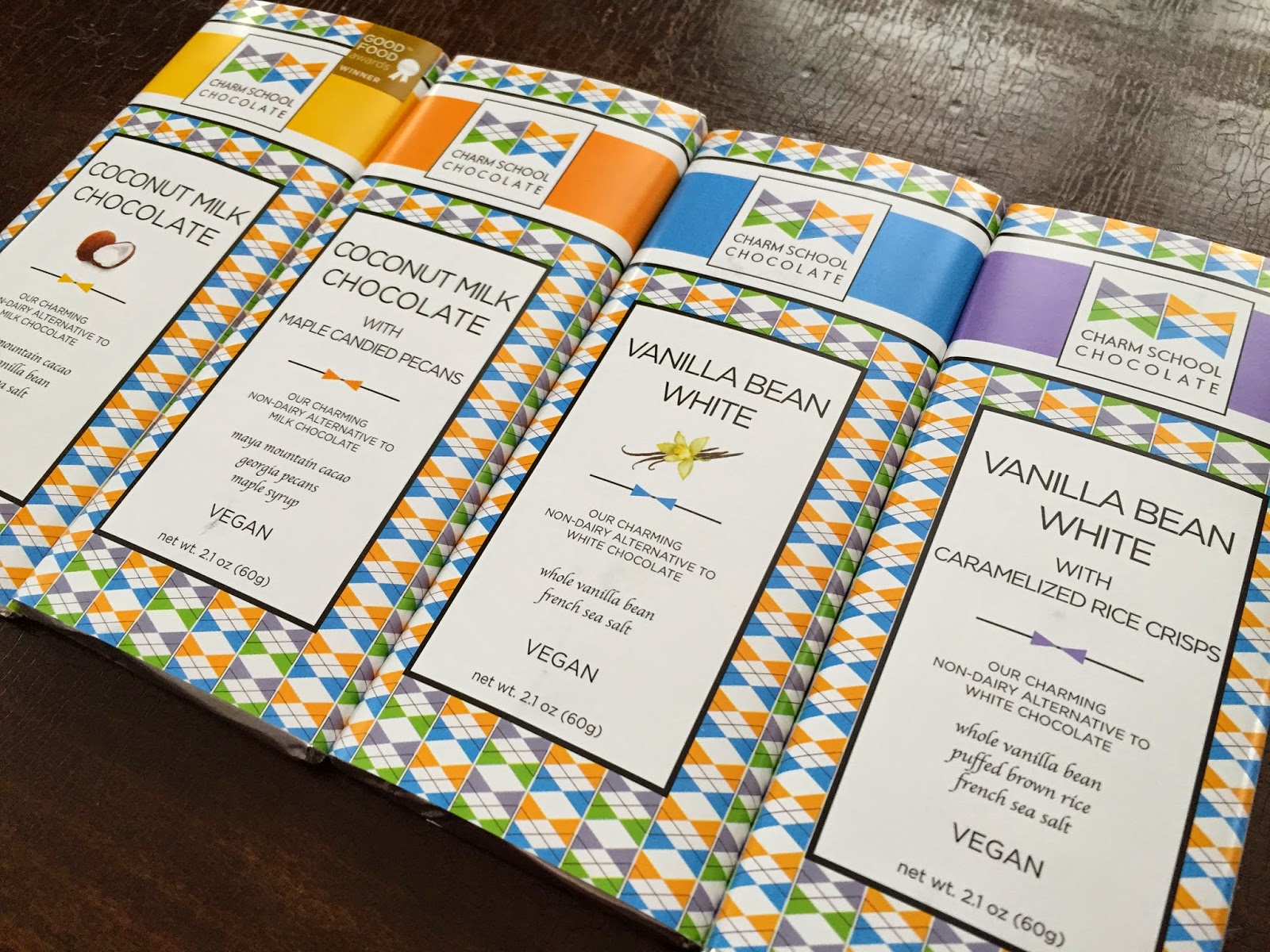 A few years ago when everyone started going crazy over those kosher, white chocolate chips, I was disappointed to find that they were tasteless: more like sugar than anything else and certainly not the creamy white chocolate I'd conjured in my head. Then I bought a particularly crappy bar of white chocolate that prompted me to literally spit out the first bite. Since I was never a huge white chocolate fan to begin with, I pretty much gave up until a friend nonchalantly suggested I try the Charm School vanilla bean white with whole vanilla bean and French sea salt and I decided to re-focus on the mission until it was completed. After all, anything you can eat I can eat vegan. 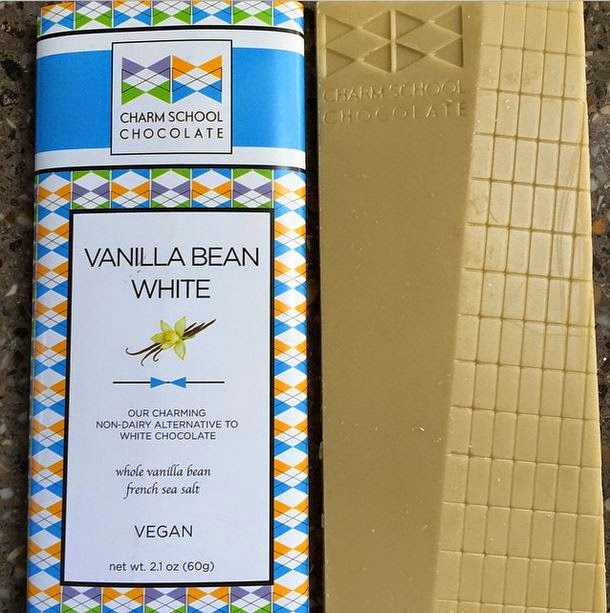 The Charm School bars are pretty significantly sized, so- as with all such things, I only intended to eat a portion of it. From the first creamy bite I knew I'd hit upon something phenomenal and willed myself to save some- if not for later, then at least to amaze one other person. Aaaaaand, then I blinked and it was gone. Perhaps I should have titled this post "A Cautionary Tale," because this wasn't the last time this would happen with Charm School.

This first experience prompted me to order an assortment of their sweet offerings under the guise of said gift with the possibility implicit intention of stealing a taste here and there. What was I thinking? Moreover, what were the intended recipients to think- aside from, "Yeah, right."

I am such a sucker for cute packaging. 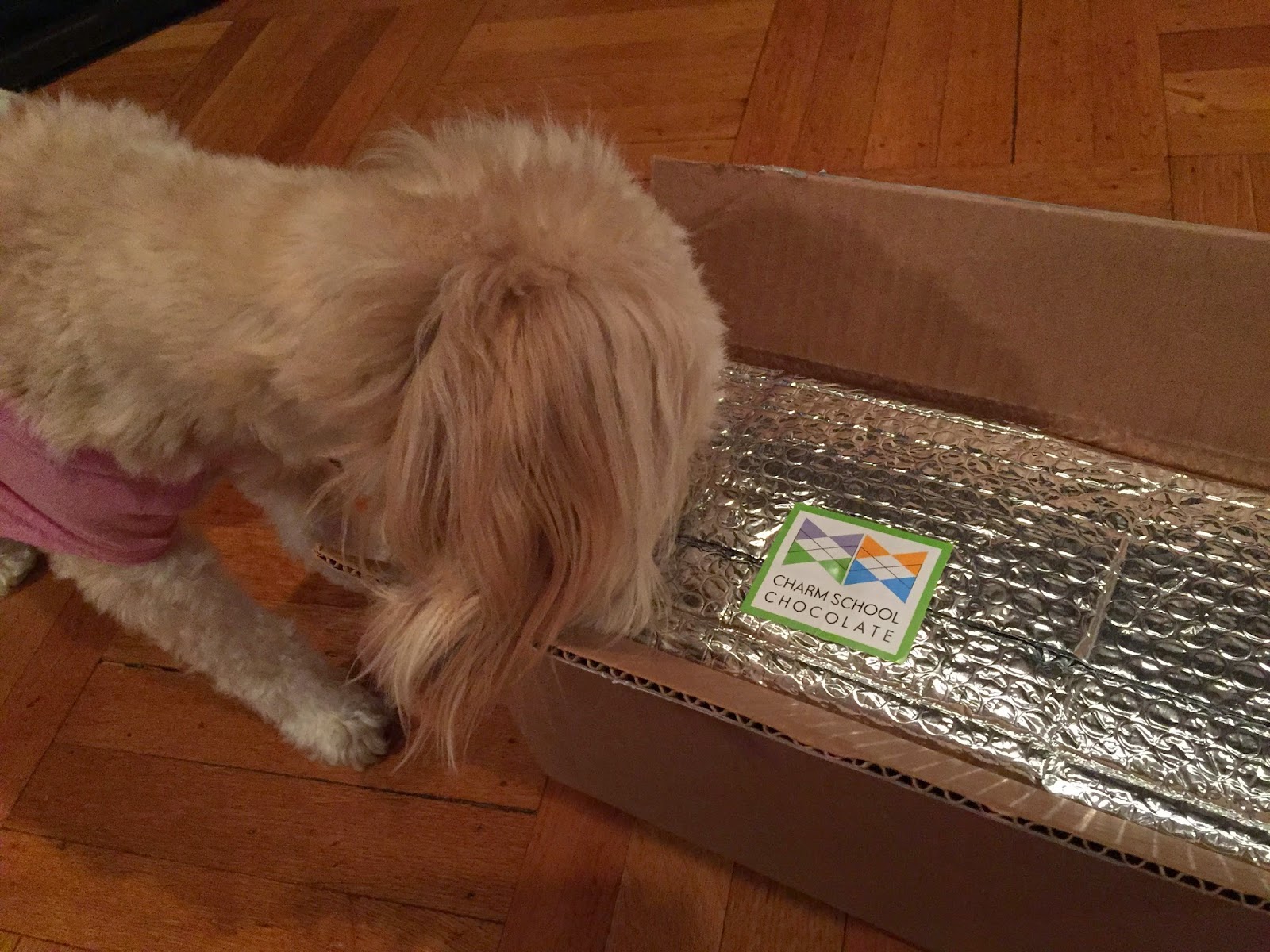 Even more of a sucker for notes. 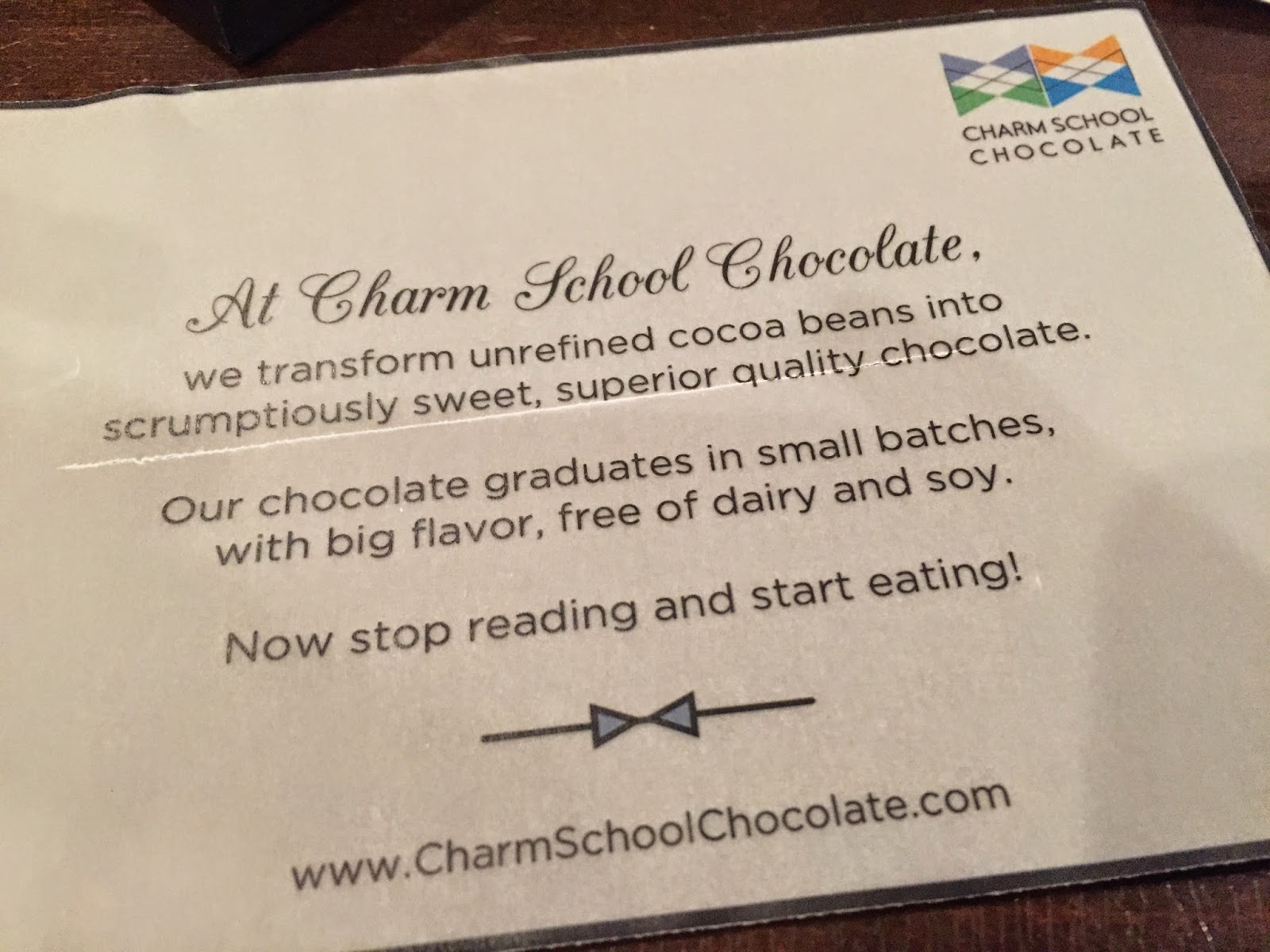 Gifts? Stop it. Just. Stop. It. I was almost done before I'd even begun. 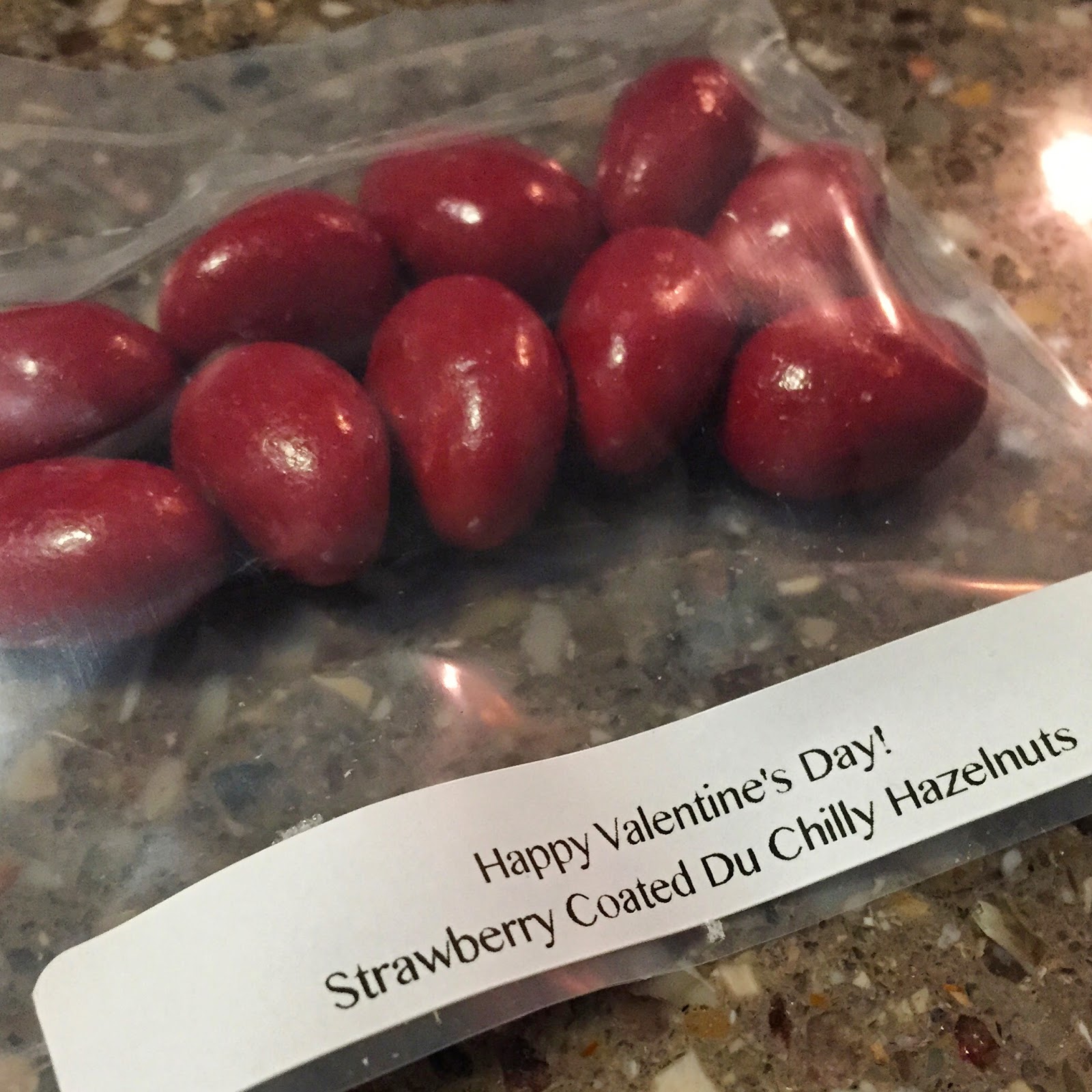 To my credit, I didn't touch anything until Valentine's Day rolled around. Then I saved my own swag so that I could help them dig into theirs.

Let me ask you, could these be wrapped any cuter? 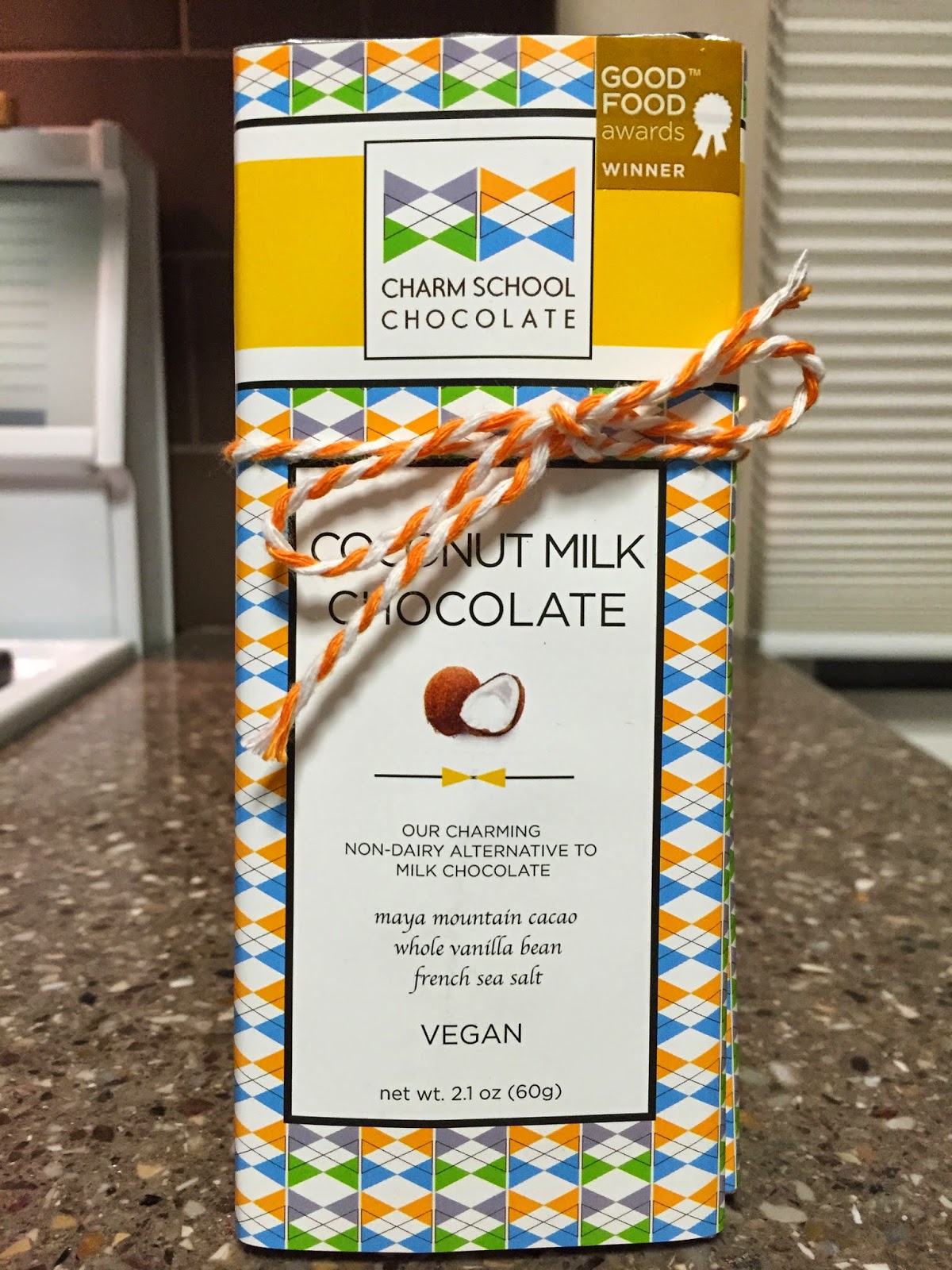 The answer is no; no they could not. 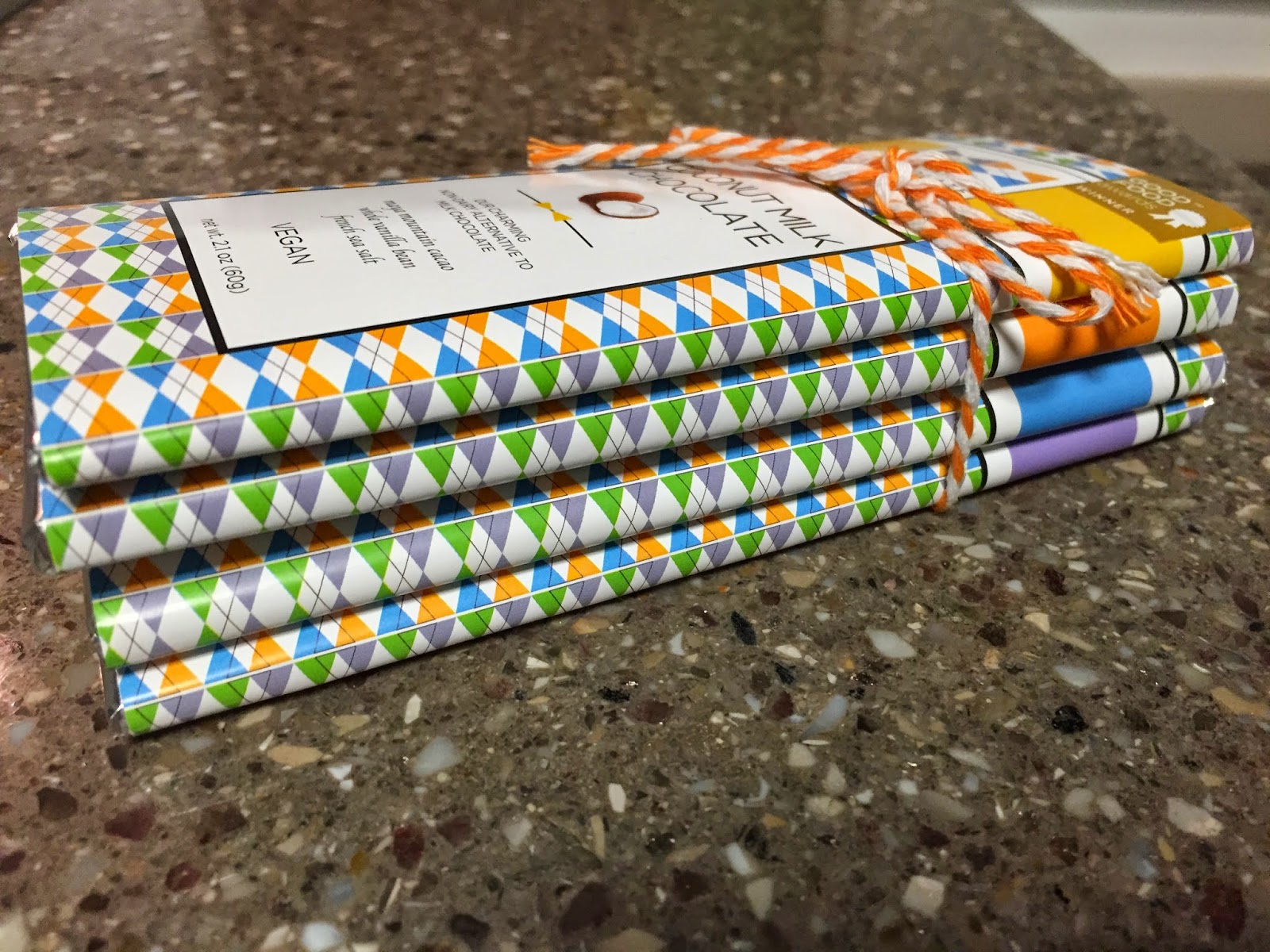 Having already inhaled their vanilla bean white, I dove first for the vanilla bean white with caramelized rice crisps. The first thing to love about this bar is that it's FULL of caramelized rice crisps which, if you didn't already know (I didn't), you need in your life pronto. Crackly, sweet, and nestled in their superb white chocolate: I knew this was going to be hard to beat. 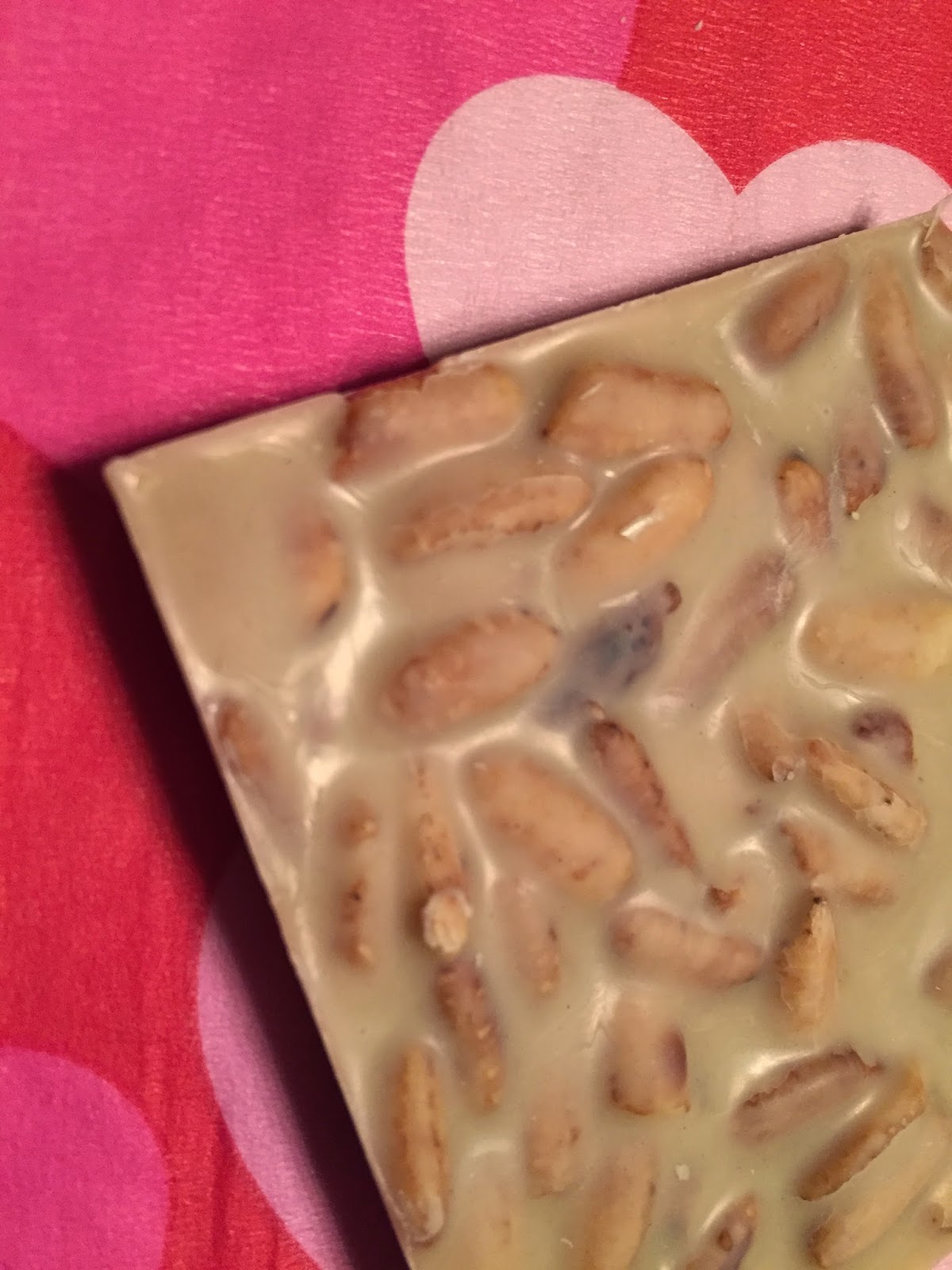 In the interest of continued research, I reached next for the coconut milk chocolate with maple candied pecans. Make no mistake, Charm School does not skimp on the ingredients! I am a sucker for all of these elements, so the combination was phenomenal. Salty, crunchy, sweet; this one disappeared almost instantly as well. 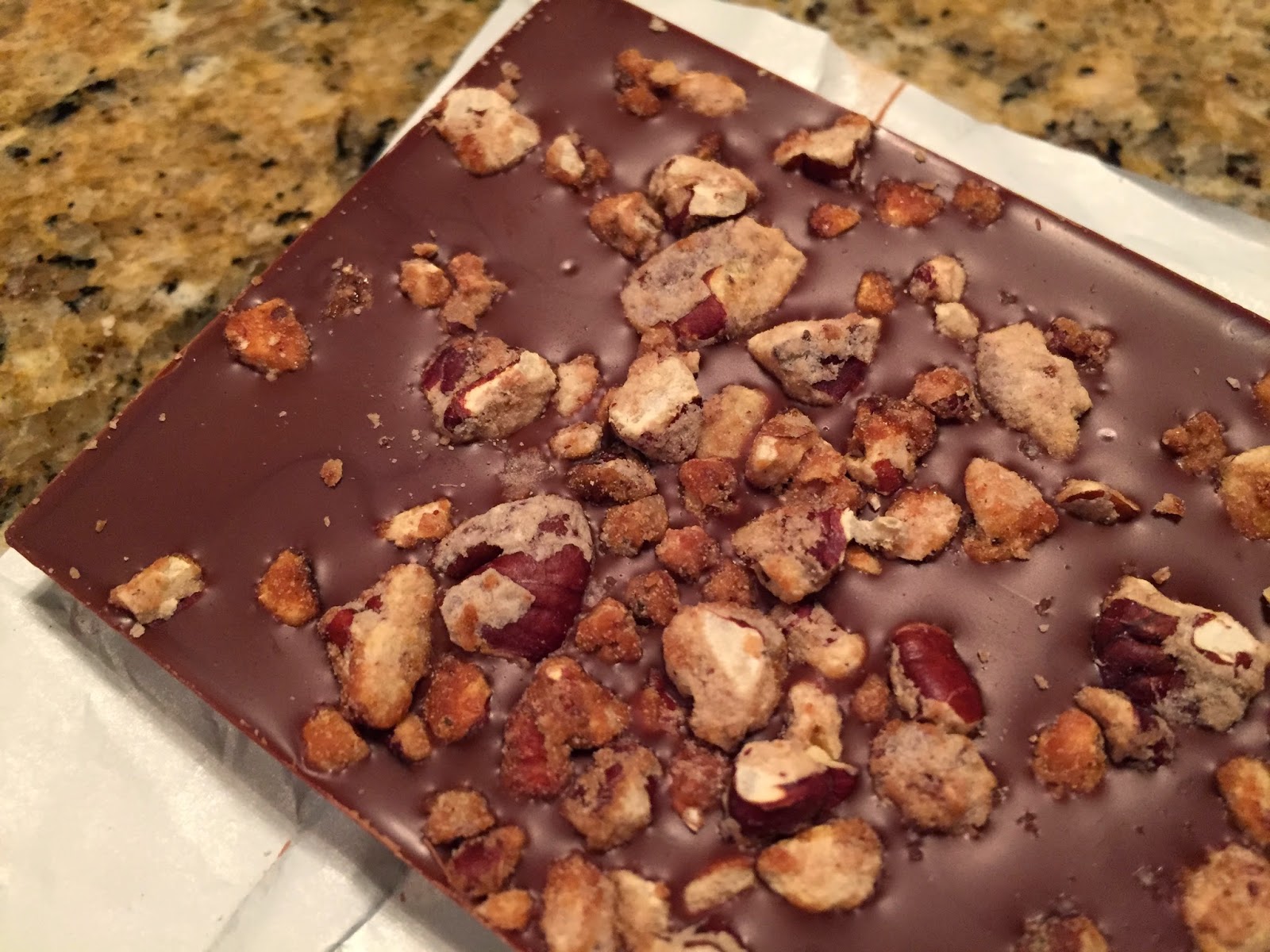 After these two awe-inspiring bars, I was a little less interested in what I was considering the comparatively "plain" ones. For one, I'd already enjoyed the vanilla bean white, so I felt I owed it to the gift recipients to show at least a modicum of self-control. As for the coconut milk chocolate with Maya mountain cacao, whole vanilla bean, and French sea salt, I was afraid it wouldn't be dark enough for VM & I and so we ignored it...for a while. Then we decided to just go for it. BEST DECISION EVER! At very least, right up there. It was so creamy and sweet; with just a hint of salt to add a depth of flavor, I assure you that there is nothing plain about this bar.

Which leads me to my favorite item of the haul, if that's possible. I hesitated buying the toffee almond bites because they seemed a little pricey. But, I justified it because it's not like you come across vegan toffee every day. I'm so glad I erred on the side of gluttony; lesson learned, universe. 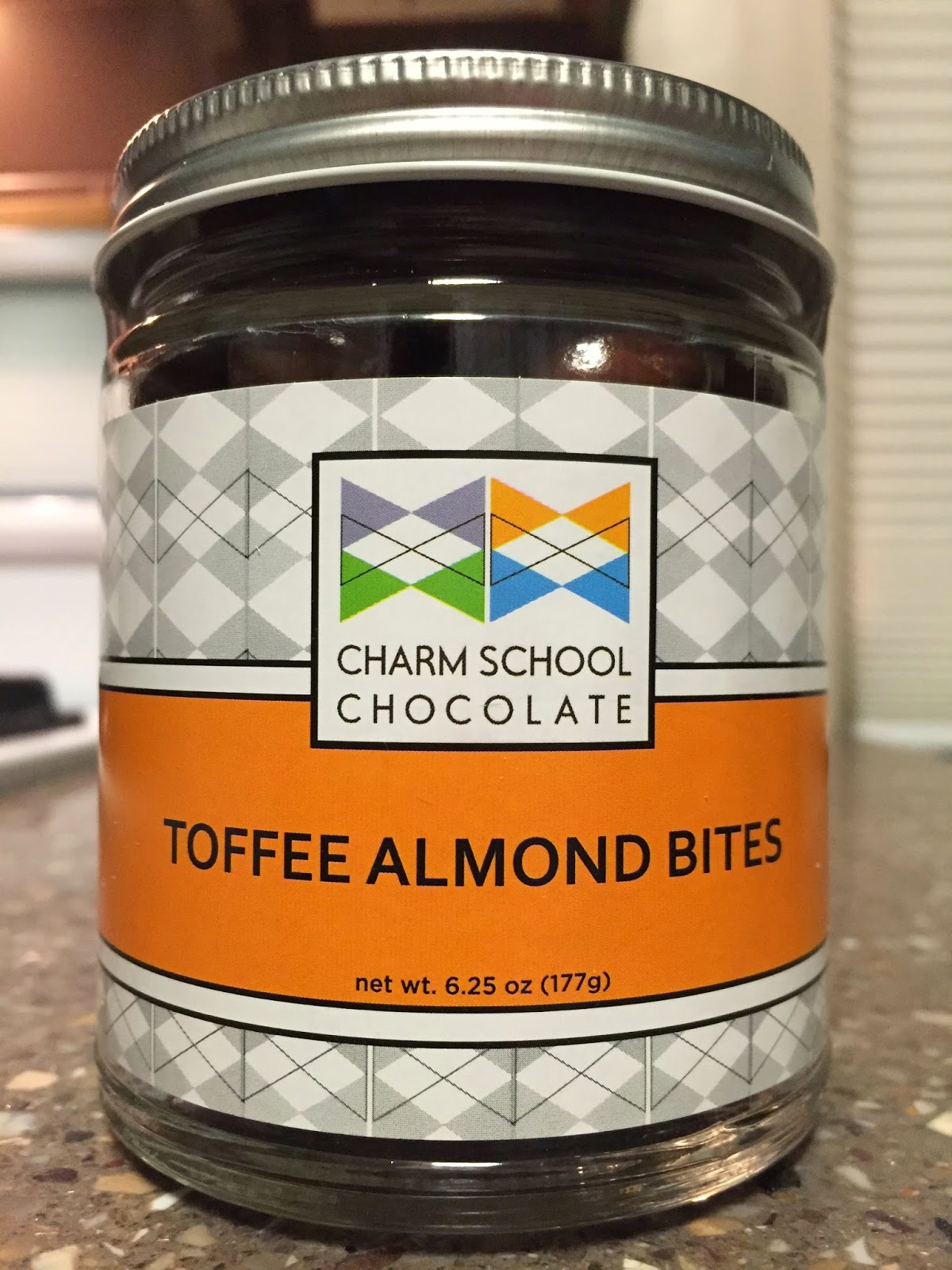 These little morsels of chocolate candy perfection are easy to savor. The proportion of chocolate is precise and ideal; the toffee is as amazing as I expected it would be- even after all of my phenomenal reviews that had preceded it. 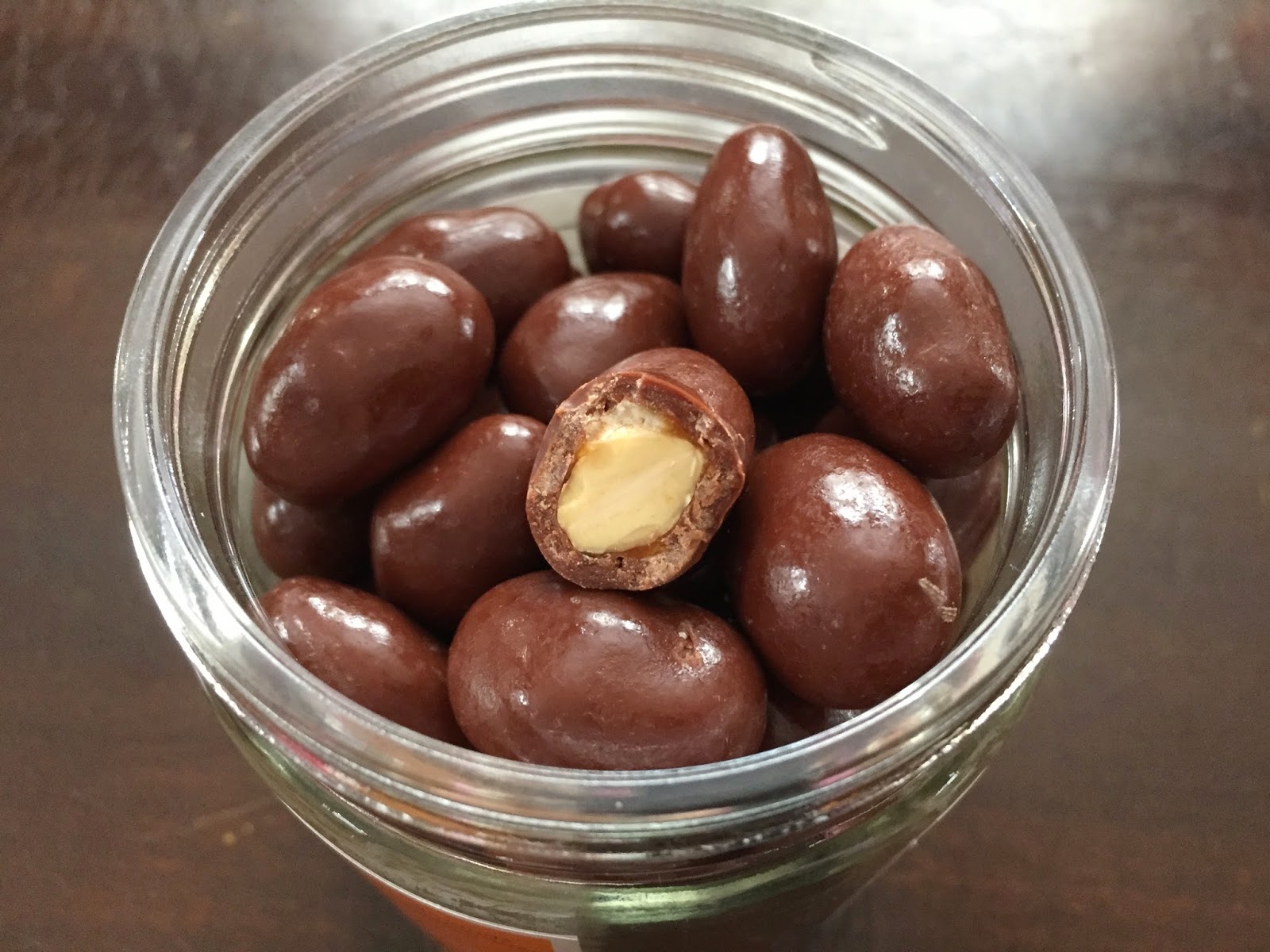 Oh yeah, there's even a certified vegan insignia on the labels. Charm School thinks "it's rude to exclude." Does it get any better? 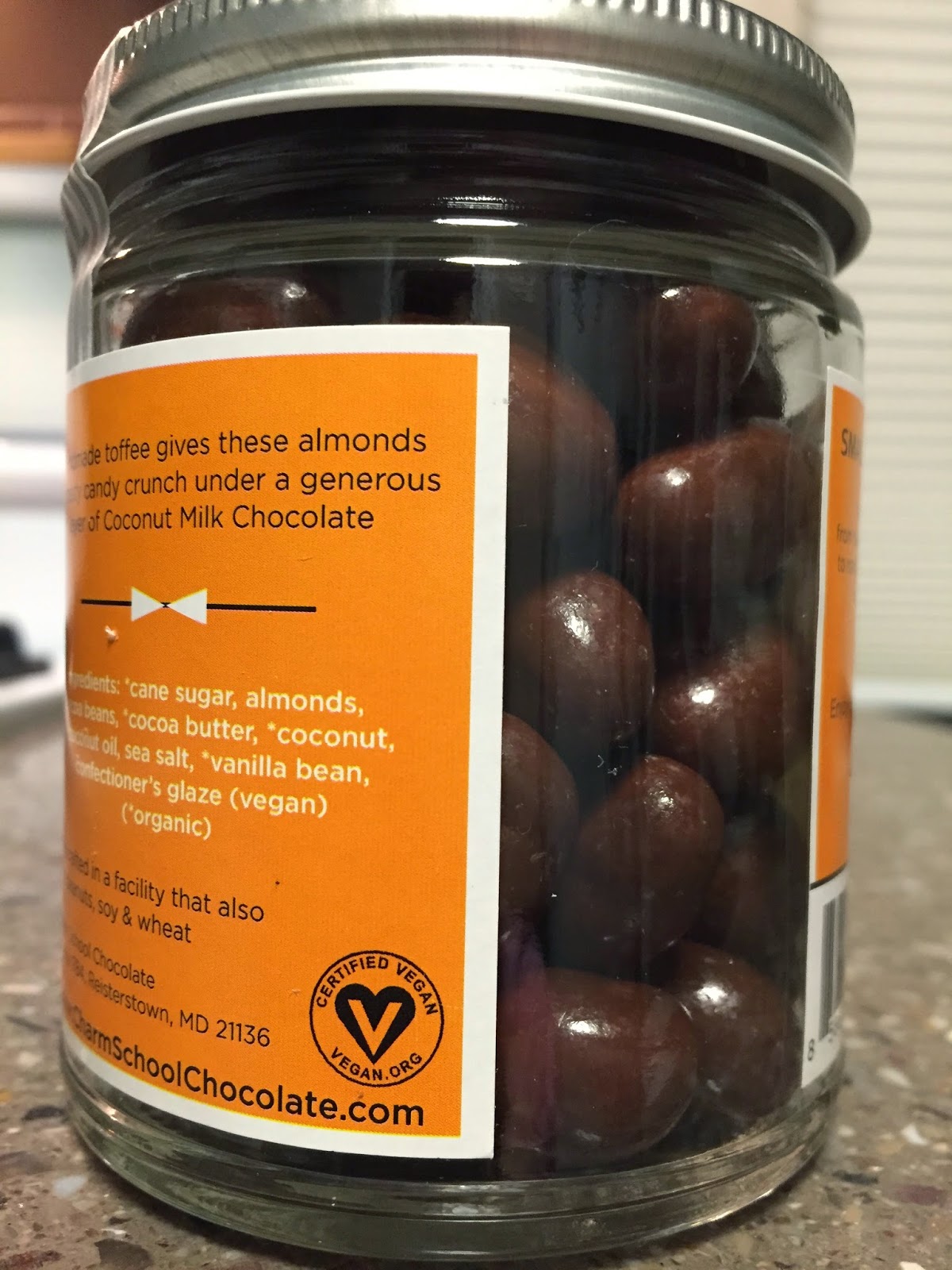 Fittingly, Charm School is a class act.
Posted by Abby Bean at 6:29 AM