The outpouring of well-wishes has been astounding. A gracious thank you to each and every one of you.

This furry addition to my family is 89.  Or, if you prefer, the significantly more formal "Eighty-Nine".  She's  4 months old, has been home with me for over 2 weeks now, and I love her a bunch. 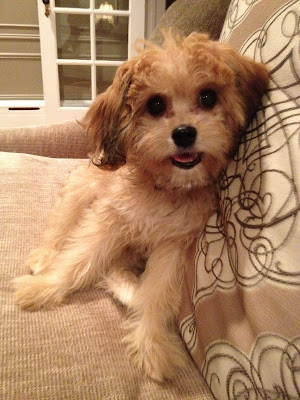 So yes, her name is unusual and has elicited more than a few undisguised grimaces.  When I called to make her first vet apt, it went something like this:

What is her name?
89.
89? Like the number?
Yes, but if it makes you feel better you can spell it out: Eighty-Nine
(pause) No; I'll use the number.  It will be cool when you come in; your file will be first.

So, see: it's cute and efficient.

She has made herself right at home declared herself the boss by first chewing through her gate, 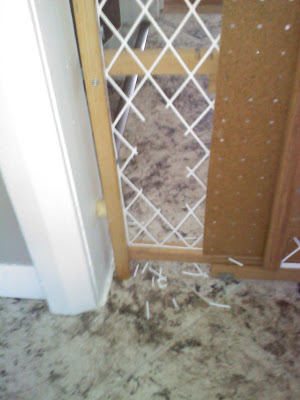 and then propelling herself over it once it was painstakingly rigged against her tiny but mighty set of choppers (I apologize for not having video of this).

I conceded defeat on the confinement front and gave her the run of the house since I figured she'd be less likely to hurt herself roaming around than trying to escape.  I wasn't worried about the stairs because she seemed not to be acknowledging them; but, that was short-lived: within days she had discovered how to ascend...only.

This means that I come home to find all of her toys downstairs, and her up. 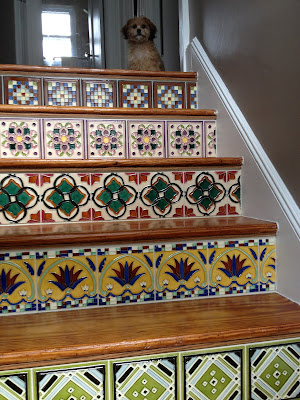 All attempts to block the stairs have been foiled, so in the meantime I'm glad she doesn't mind being stranded up there.

I have done my due diligence to fatten up her previously frail bod with vegan noms.

And, she has now successfully transitioned from a decidedly non-vegan kibble to Natural Balance vegetarian (vegan) dry dog formula. 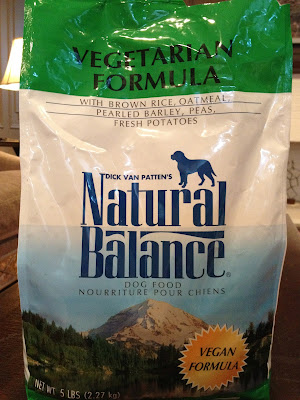 Please note, though, that this food is intended for adult dogs (Why is it that there seems not to be a vegan puppy kibble on the market?), so as soon as she's completely acclimated, I will be supplementing with higher fat foods, such as chick peas.  Also, because I think the pieces are a bit too large for her small mouth, 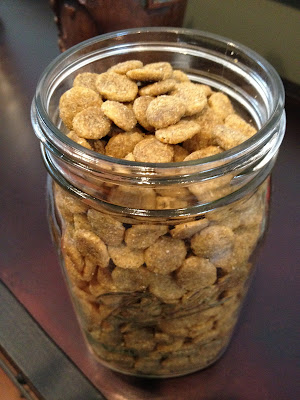 I tried to use the Magic Bullet to chop them smaller. 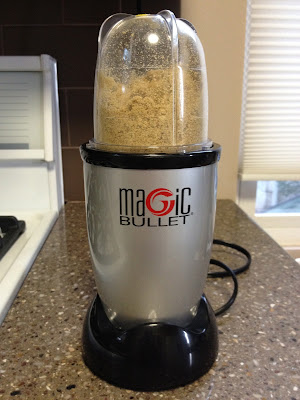 Unfortunately since the only option was "pulverize", the crumbs didn't exactly do the trick.  So, I've been forced to cut each individual piece in half for her eating pleasure.  It takes about 15 minutes for 2-3 days' worth of food.  It's not tedious at all! 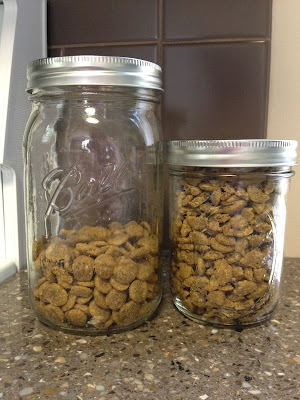 Other than her food and her treats, so far she really also likes bananas!  Suffice it to say, she didn't get that from me. 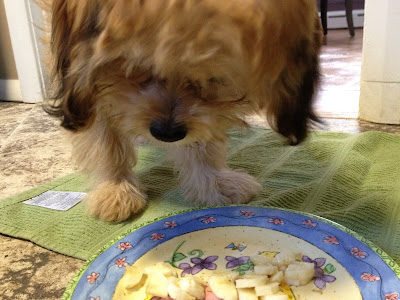 There has been some to-be-expected (but still infuriating) naughty puppy behavior:

But, I think that we've since come to an understanding; she is really a very good and sweet girl.  And she's already received lots of great gifts from friends. 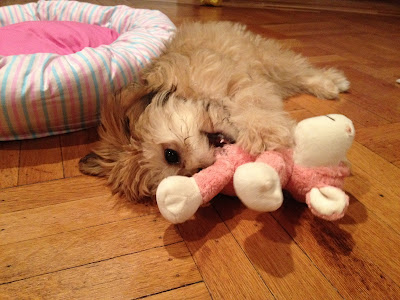 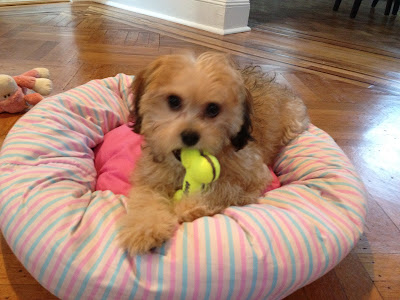 Thank you for the vegan dog treats, non-vegan co-worker!!! 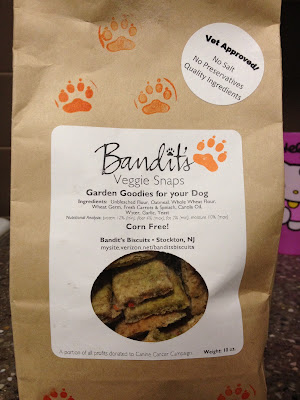 And thank you for the toys, 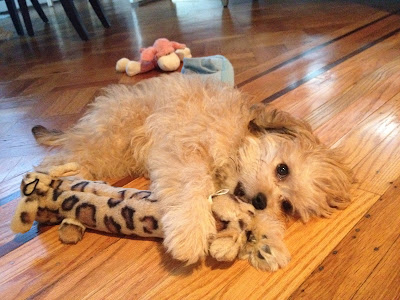 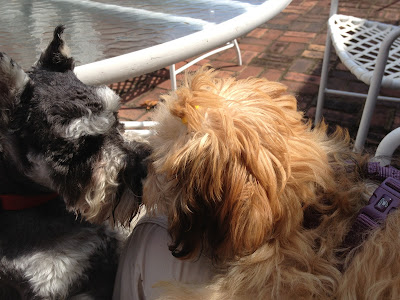 Making the introduction rounds, here's 89 at my office pretending to work (just like me!). 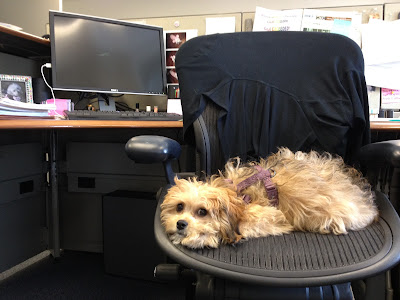 And, ready to hit the road when she realized she wasn't getting paid. 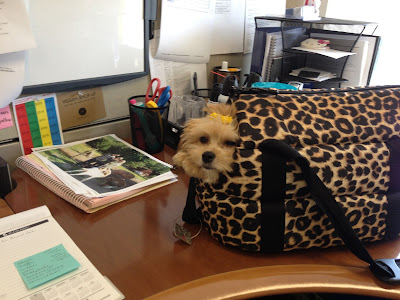 I'm pretty sure that she thinks I look like the outline of a face blocked with a purple iPhone case, so I'm trying to work on not digitally recording her every move.  Trying.  Without a doubt, she has fit right in and I hope she's as happy here as I am to have her.


It is impossible to lose a pet and sometimes it is difficult to separate that from how wonderful it is to have one.  In the initial post about the then-un(confirmed)named 89, Melios commented, "Sometimes they have to come home with you and that's just the way it is."  Indeed. 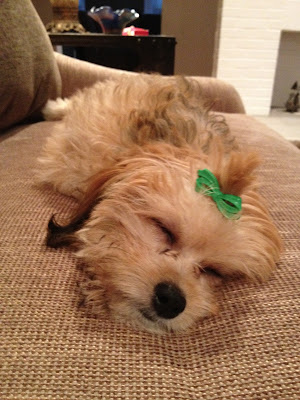 That's exactly what happened.  Thank you all again.
Posted by Abby Bean at 6:35 AM