While we were in San Antonio we ate at Green Vegetarian more times than I can count. Green has three locations and they are all 100% vegetarian and kosher. 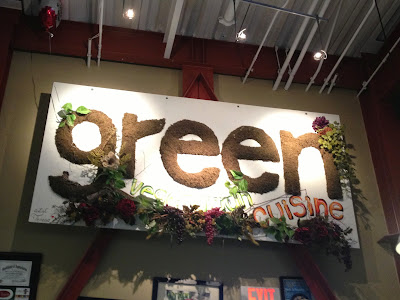 There are many noted vegan items on the menu, as well as a clear indication of what vegetarian items can be made vegan- most breakfast items and ALL meals on their non-breakfast menu. Their desserts are all vegan by default. Not too shabby! 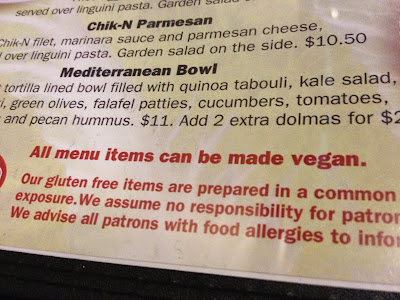 I had been forewarned that it was an amazing place, but I'm not sure that I was prepared for the very first thing that I saw upon entering. I am a dessert professional, but this all vegan line-up really caught me off-guard. 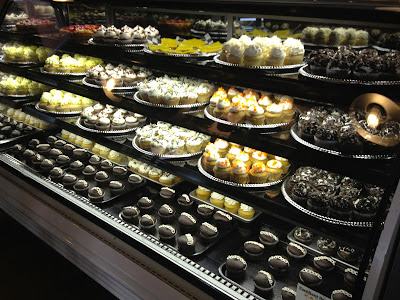 As if all that wasn't enough, when I looked up there were TWINKIES! How was I supposed to concentrate on a menu of savory food when there were twinkies mere feet away- in danger of selling out? 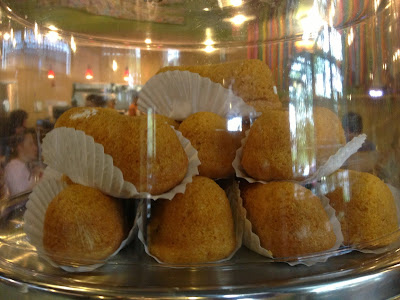 Not to mention Hostess as far as the eye could see... 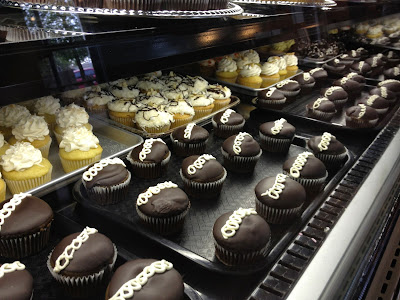 Our first meal here was breakfast, during which tables receive complimentary biscuits. It took me a minute to figure out that they contained fennel seeds; is that a southern thing? Totally unexpected! 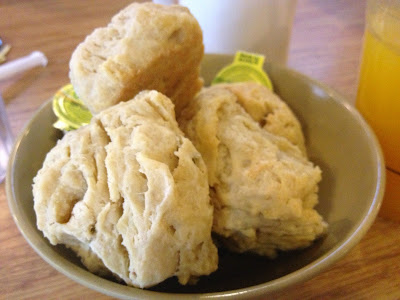 Since breakfast tacos were my new thing, I ordered the recommended Migas (gf): tomatoes, onions, bell peppers & corn tortilla chips scrambled with tofu and served with refried beans, breakfast tots, and corn tortillas. It was a fine and hardy start to what was going to be a marathon of eating at Green in the coming days. Also, TOTS! 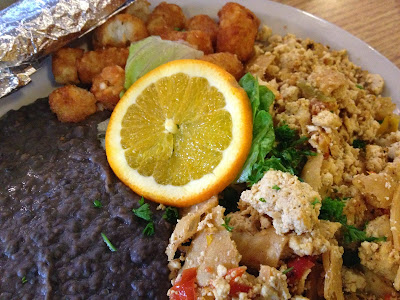 On the way out I noticed something I hadn't seen previously: snowball cupcakes! I was taken back to my youth where racks of colorful snowballs spun jovially in the supermarket. 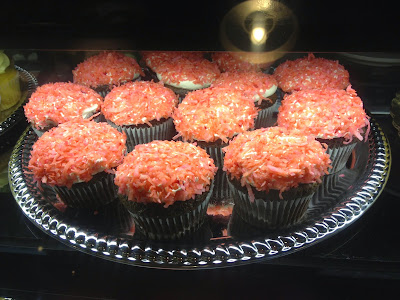 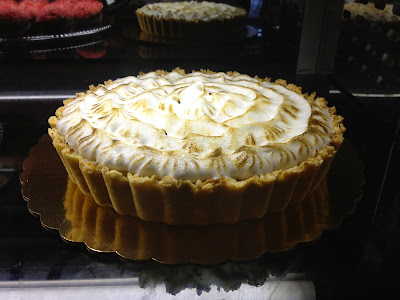 I managed to resist these impressive offerings in order to hold true to my original choices; a twinkie and a "Hostess Who?" came with me as takeout for lunch. This is a true story; everyone else got protein salads (gf): kale, fresh spinach, chickpeas, quinoa tabouli, flaxseed, pecan hummus, carrots, tomato, avocado, and roasted tofu. 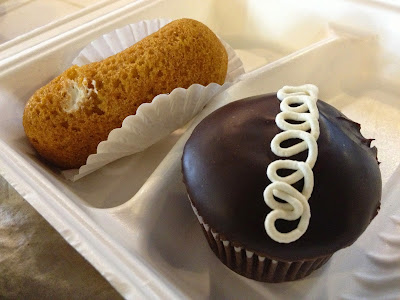 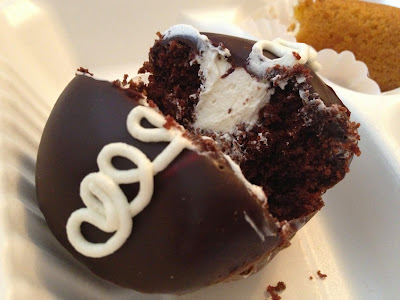 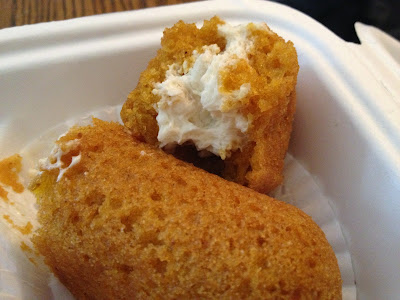 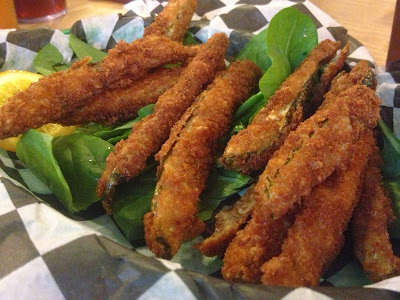 Despite this non-committal expression, they were the hit of the table. 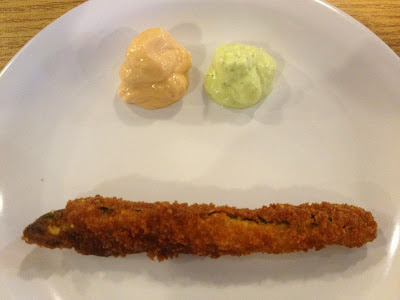 As I embarked upon my third meal of the day from Green, I had a chance to appreciate the aesthetic of the space. Lots of fun and inventive repurposing; it took us a few minutes to place that this wall installation was made up of vintage light fixtures. 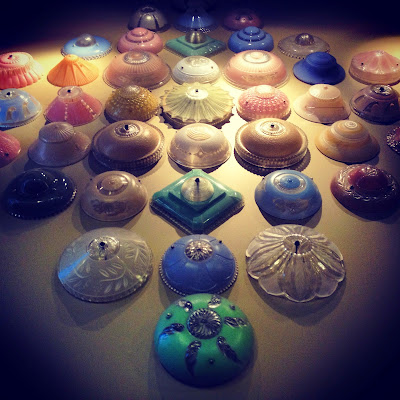 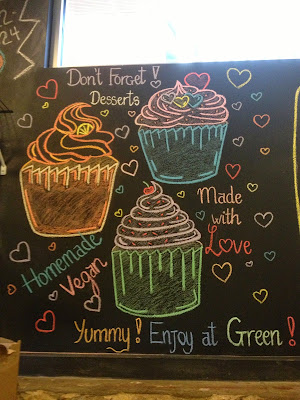 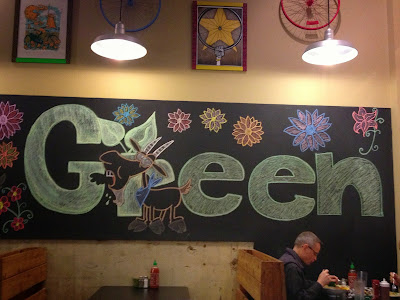 Just a beautiful and inviting atmosphere over all. 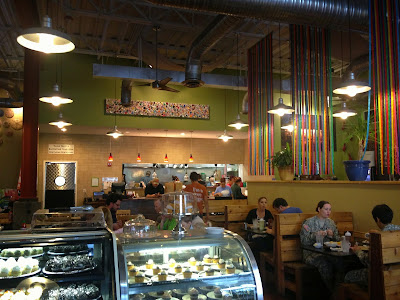 For my entree, Cece's Stir Fry (gf): an epic mix of popcorn tofu, broccoli, bell pepper, celery and carrots. Served with chia seed brown rice and kale salad. I could not have made a better choice; my dish was the envy of many in our large group. 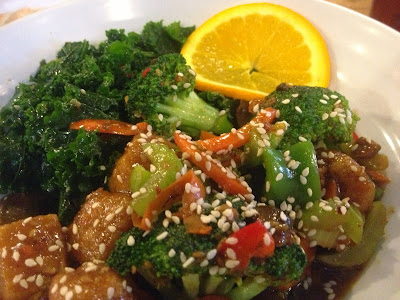 Oh and guess what? 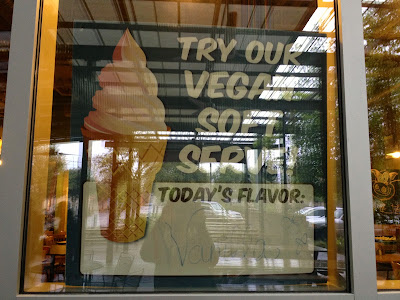 Vanilla soft-serve cones for dessert? Don't mind if I do. 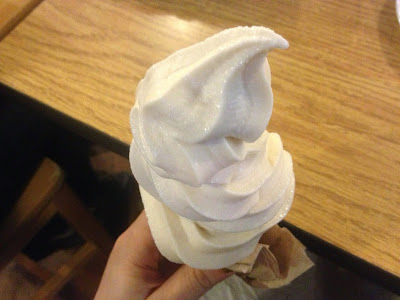 Also, while 89 wasn't traveling with me, check it out: 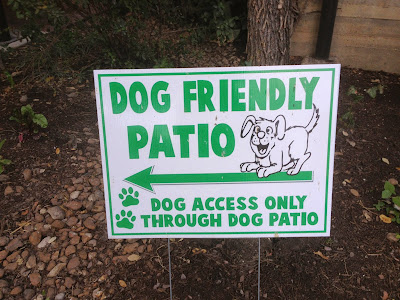 Another lunch consisted of grilled cheese and tomato: toasted multi-grain bread with basil and sun-dried tomatoes. 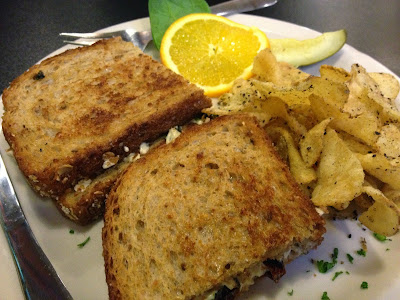 I had tomato soup on the side because that's how ya do. 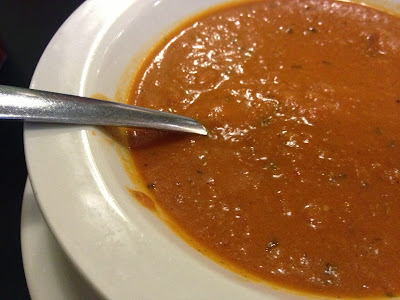 And, on my final meal of the trip, the sweet potato pancakes with blueberries. 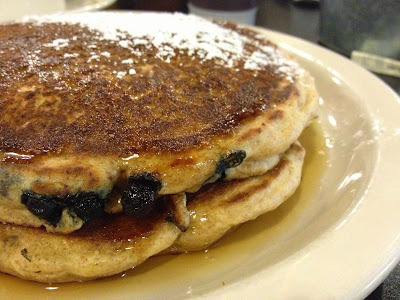 In parting, I left a card on their community board so everyone would know I'd been there. 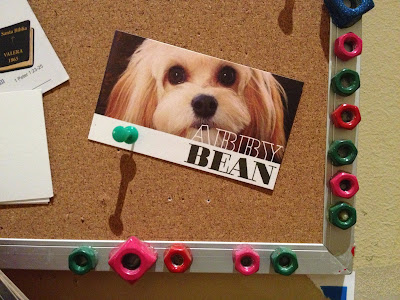 If you're in Texas, it's certainly not to be missed. I think I did a pretty good job of researching all aspects of the menu for you.