Truth be told, it took me so long to visit Little Choc Apothecary because I didn't want to like them. There, I said it. New York isn't big enough for two apothecaries, I thought. Weeeell, it turns out I was wrong. Bring on the apothecaries! The more the merrier. 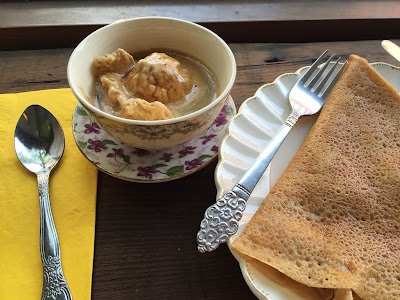 Despite the L's best efforts, I managed to beat my brunch date and fellow Vegansaur by a few minutes. This gave me plenty of time to snoop around a little. Aside from the crepes (duh), there were juices & smoothies, tea & coffee drinks, and a small case of baked goods. I fancied myself oh-so-crafty for the headstart. 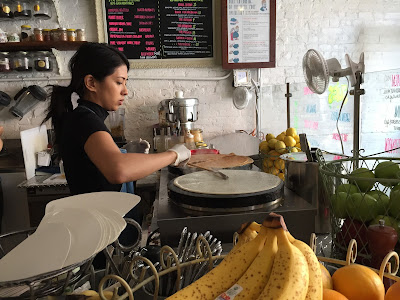 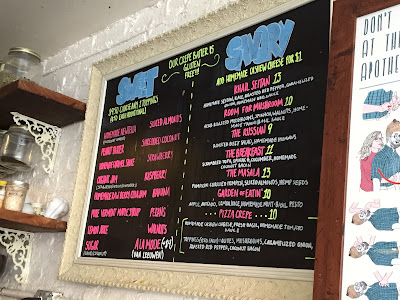 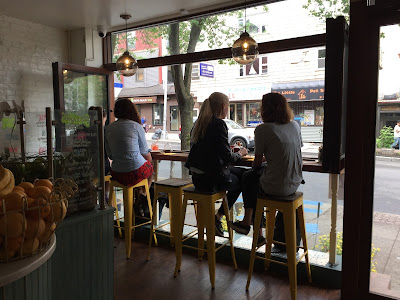 And then she texted to suggest that I nab a table upstairs. I was so wrapped up that I hadn't even realized there was an upstairs! Turns out it's just as adorable as the first floor. I couldn't wait to order and eat. 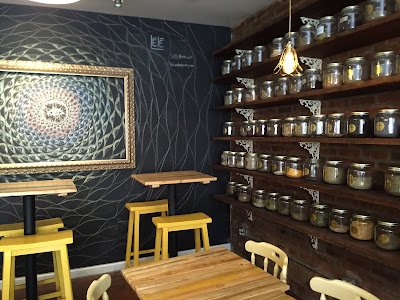 My dining companion started with a savory crepe, the breakfast: scrambled tofu, spinach, cucumber, homemade coconut bacon. The crepes taste as good as they look: perfect. 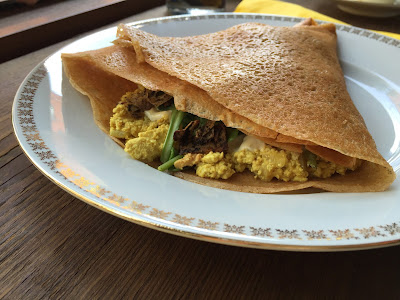 Me? I started with an affogato! I have been fiending (is it 1999?) for an affogato ever since 2013 when I had to pass one up due to chilling temperatures. Little Choc's version is a scoop of Van Leeuwen's salted caramel ice cream served in a teacup with a single espresso shot poured over at the table. It may look unusual, but I assure you that it is basically what dreams are made of. 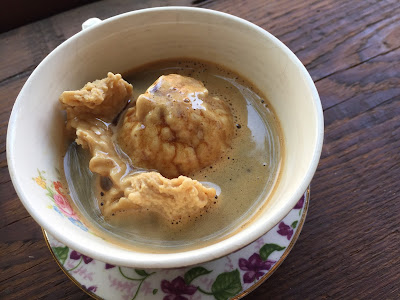 Beverage aside, I also ordered savory for my first course, the pizza crepe: homemade cashew cheese, fresh basil, homemade tomato sauce with added caramelized onions because that's how I roll (and it's still 1999 apparently). I admit this was an odd choice as a first crepe, as well as an unusual accompaniment to my affogato, but believe me when I tell you that it was beyond delicious. Also, you should definitely add the caramelized onions because that's where it was at. #prosnacktivist 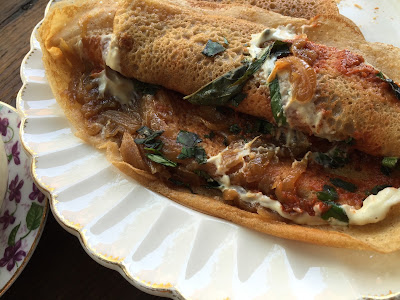 For the second course, my pal went for the unquestionably photogenic homemade newtella (chocolate hazelnut spread) and bananas. 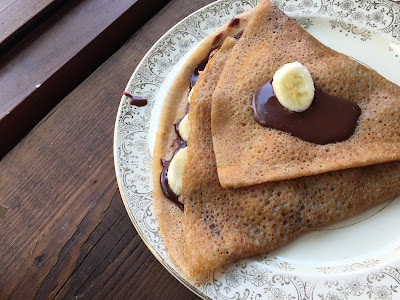 Having already started the morning off with pizza and ice cream, I made the decision to forego fruit of any kind and instead chose to pair my homemade newtella with homemade caramel sauce. Let's be honest, if it hadn't been for the affogato, I would have added ice cream too. 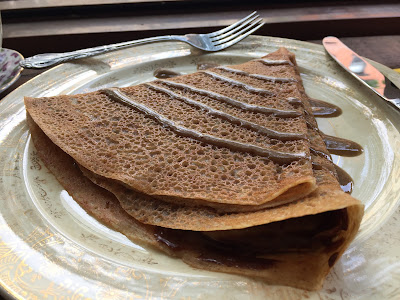 Little Choc Apothecary is a painfully dear resto filled with quaint yet efficient details: in both it's food and decor. From the beautiful lightbulbs... 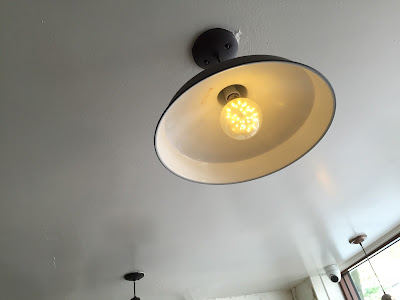 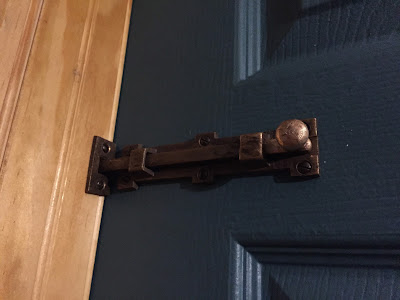 Like a good movie you have to re-watch to appreciate everything, Little Choc Apothecary is going to require many more visits.
Posted by Abby Bean at 12:23 PM