Sometimes, juuuust sometimes, non-vegan restaurants surprise you. When we were walking along South Congress in Austin, TX, we decided to check out Guero's Taco Bar for a few reasons: they had drinks, they had chips, and they had outdoor seating. Well, to our surprise, they also had a VEGAN MENU! And you know as well as I do: few things taste as good as something vegan when you least expect it.


Take Food for Lovers Queso. I like it; I like it just fine. But as unexpected vegan nacho cheese at an omni restaurant when you expect nothing?  Phenomenal! 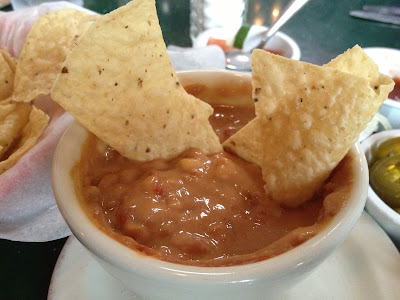 I also had one of their soy taquitos al pastor: "authentic with a vegan friendly twist- soy chorizo on a corn tortilla chiquita, topped with chopped onion, cilantro, and pineapple." I'll admit that it sounded much more spectacular than it was in reality, but.... 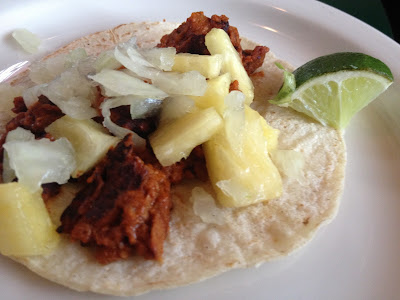 there was also a salsa bar! So, I did not go hungry. 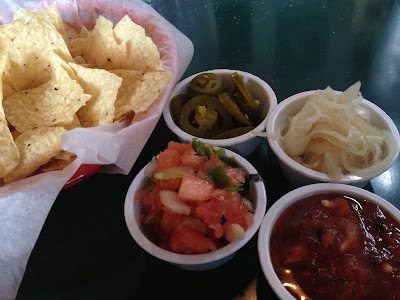 Which was good, because: margaritas. 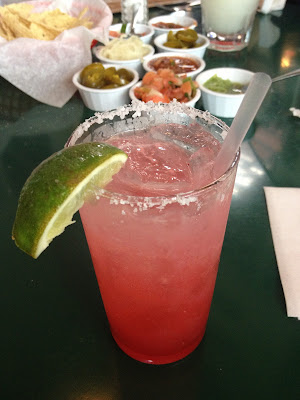 Highly recommend if you're nearby. 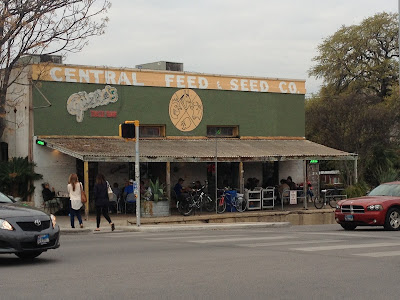 We drove/walked around the surrounding area afterward while we waited for nightfall.

Spied these vegan donuts with a disgraceful 225% vegan tax in Whole Foods. 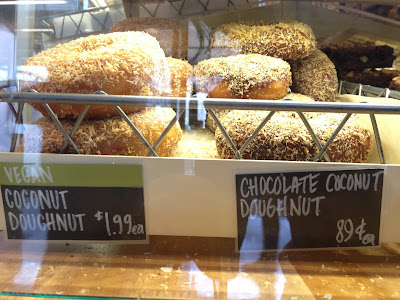 Visited this hot sauce shop where I was too disappointed to buy anything when the hot sauce featuring vegan Maker's Mark was decidedly non-vegan. 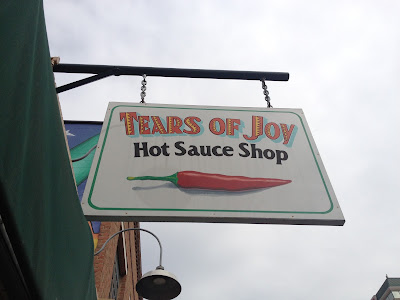 Giggled at some cute kitsch. 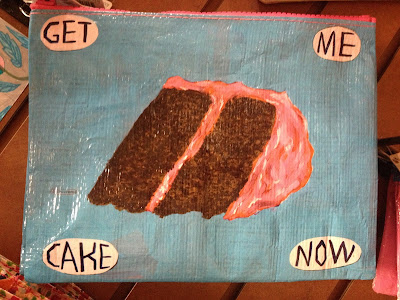 Scowled at some nonsense. #stoptellingwomentosmile 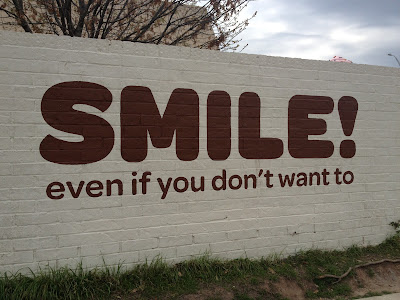 Admired a non-vegan cupcake airstream (the cupcake was spinning). 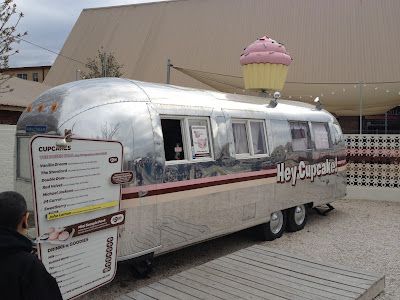 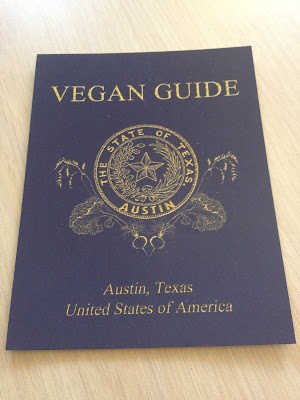 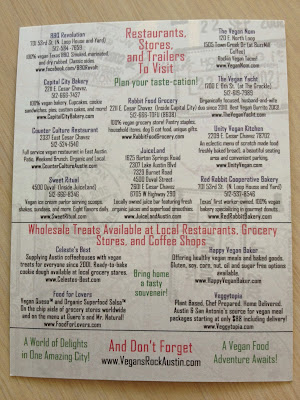 And, of course, listened to music.
This is as good a time as any to say, please don't photograph musicians/entertainers without making a contribution. They are there for your entertainment, but also to make a living!


All this up until it was time for the bats! It's hard to capture the enormity of the South Congress Bridge bat population in a photograph; each pale line in the sky is one of MANY Mexico free-tailed bats taking their nightly insect feeding. 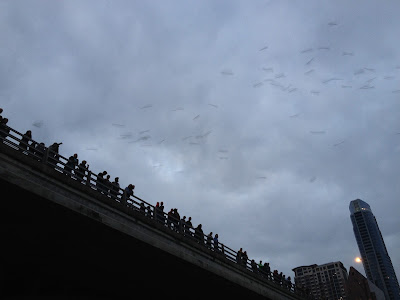 Stay tuned for much more on Texas! Little by little I'll get to everything...