You guys, I love Vegan Treats; I can't help it. Everything is just so purty and delicious...and there's so much to choose from! This weekend VM, 89, and I hightailed it over to Bethlehem because the Vegan Treats instagram was blowing up with all kinds of carnival craziness and I am not one to pass up things like vegan funnel cake and cotton candy. 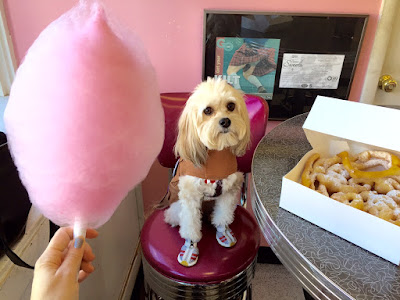 But, let's start at the very beginning. The typical, stunning array of cakes, pastries, brownies, donuts, cookies, and cannolis were out in standard force.

In addition was this carnival-esque spread of yumminess. Yes; those funfetti cupcakes are decorated with circus peanuts; this is the level of detail you find at Vegan Treats. 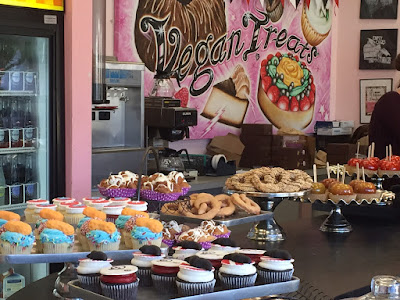 It's no secret that I hate apples, but even I was mesmerized by this gorgeous display. After all, candy apples are a whole other food group. 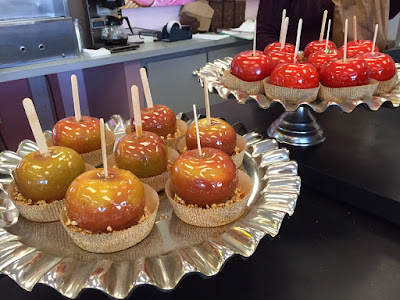 VM was all about this monkey bread: a dense, cinnamony nub-bread with a drizzle of icing. 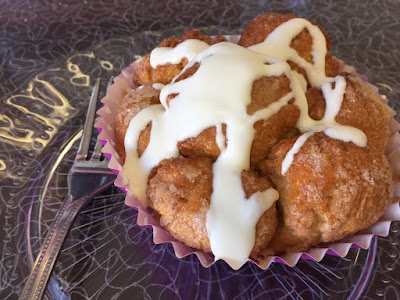 I'm more of a donut gal myself. It's been a while since I've had one of Vegan Treats' French silk- filled confections, this time it was in a powdered sugar donut. 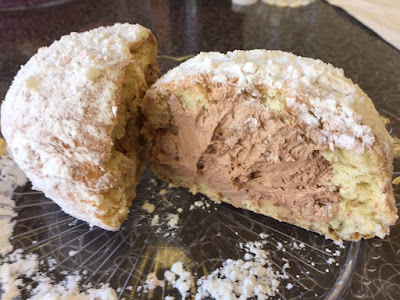 But, we were just getting started. Funnel cake time! 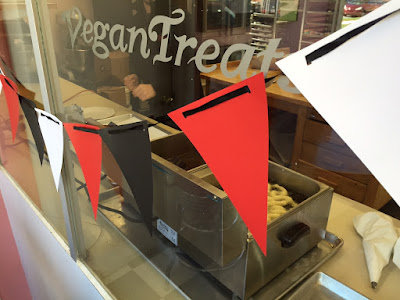 Made to order, these funnel cakes were generous, created with flair, and cooked to perfection. 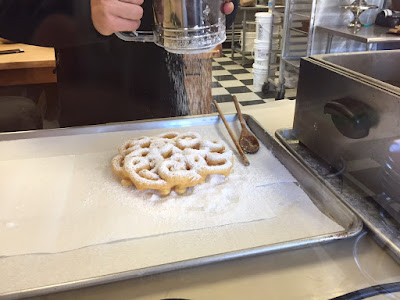 We even got an extra one to-go and are happy to report that with a little extra powdered sugar, you can reheat in a 350 degree oven for ~ 6 minutes to (almost) perfection. 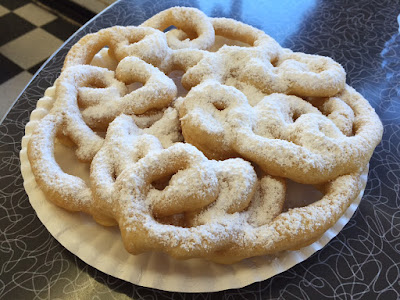 As fate would have it, one of the ice cream flavors of the day was speculoos, which happens to be one of my Vegan Treats faves. They make the best soft serve I've come across and their rotating list of flavors is as impressive as the flavors themselves. 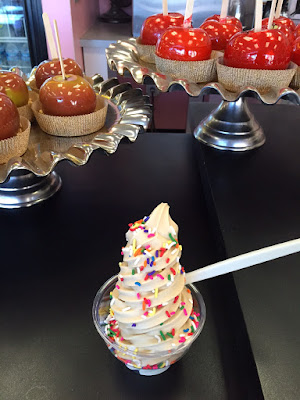 Aaaaaand, 89 received another one of the coveted mini-cones, so everyone was ecstatic- including the entertained onlooker who took one look at her "Hello, my name is 89" tag and said it couldn't be. Oh, but it is. 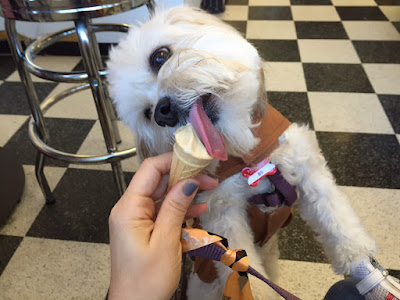 In order to keep up with my high standards for personal sugar content, I followed it all up with this beauteous wand of pink, vanilla cotton candy. 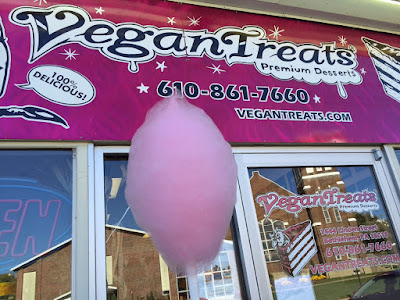 89 wasn't really sure what to make of it, so she mostly just rubbed her face on it. 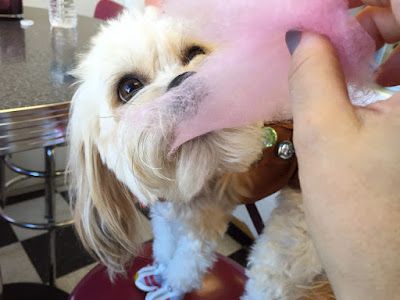 While I'm generally a woman of principle, in the interest of full disclosure I must admit that I did get both a caramel apple (dipped in peanuts) and a candy apple to go. In my own defense, I maintain that when coated with candy it ceases to be considered an apple- particularly because I pretty much just lick off the candy and throw the apple away. 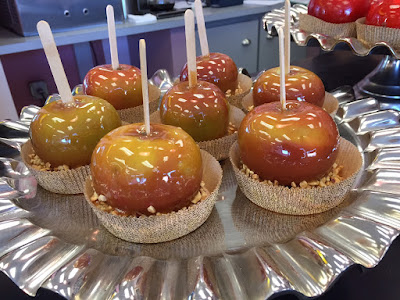 The caramel and peanuts were delicious, of course, but the apple was as gross as ever. The red shell on the candy apple, however, was much more conducive to eating with the smallest bit of apple possible, so that's definitely my preference for future carnivals. 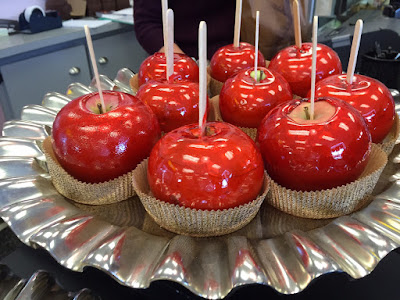 It's hard to pinpoint my favorite confection at Vegan Treats, but aside from them being 100% ethically vegan, one of the things I appreciate the most about them is that they're always doing something new. And, if anyone is keeping track, the carnival treats have been some of my favorites! 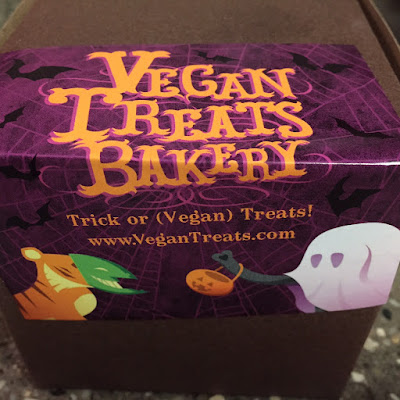