Vegan Treats: "We Have Chipwiches!"

Regardless of how many times I've been to Vegan Treats, there's always some an extreme level of anticipation en route.  Will they have my favorite donuts?  Something new?  Blueberry ice cream? 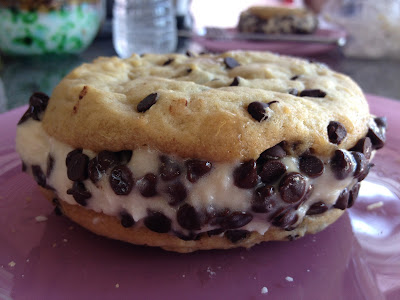 Scoff all you want, but when you pull up and see something like this sign in the window, you'll know for next time to be prepared for the unexpected.

Mind you, we didn't dive right into the chipwiches; we're not heathens.  We started out properly- with donuts: breakfast of champions!! 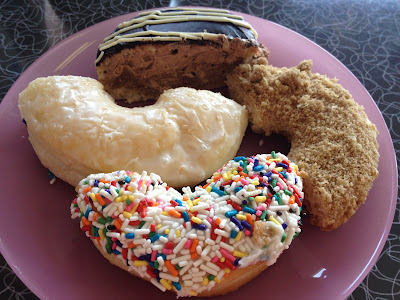 You can't go wrong with the traditional glazed or sprinkled; why choose? 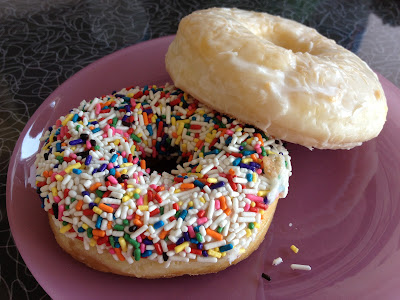 There were two new donuts to try: crumb cake and French silk (?). 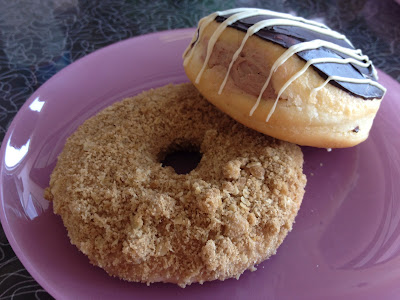 The crumb cake donut was the best damn crumby thing I've ever eaten (and believe me, there's a lot of crumby crumby things to be had). 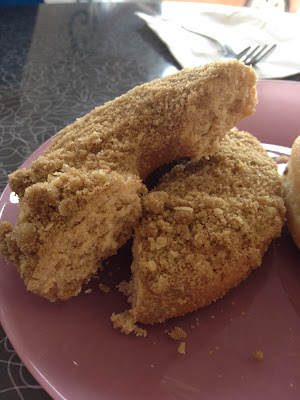 I love filled donuts, but when the counterperson told me this was filled with "French silk," I was momentarily perplexed.  When she clarified that it had something to do with chocolate cream, my confusion instantly dissipated and the next words I uttered were, "I'll take two."  This was a SUPER donut because it was extremely generously filled.  Note to all donut makers: I'll pay extra for generously filled donuts, so don't skimp! 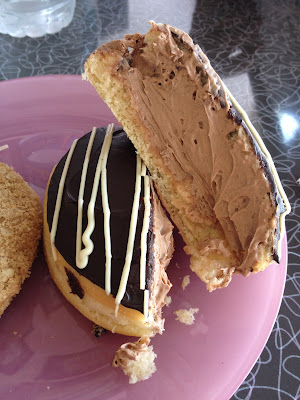 Vegan Treats always has an extraordinary selection of cakes, crumb bars, brownies, donuts, buns, cookies, and ice cream to choose from, but sometimes there are special extras available as well. 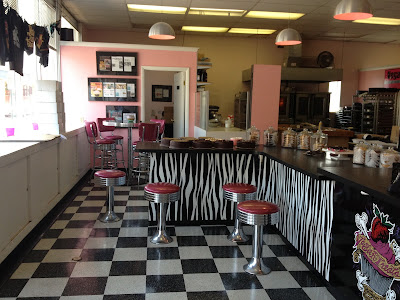 For example, whenever there are little truffles to be had, do yourself a favor and have one. 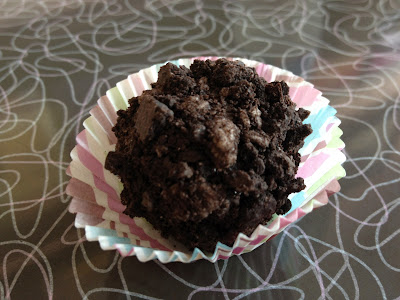 My favorite is still the white-chocolate/coconut, but this chocolate/hazelnut was mighty fine. 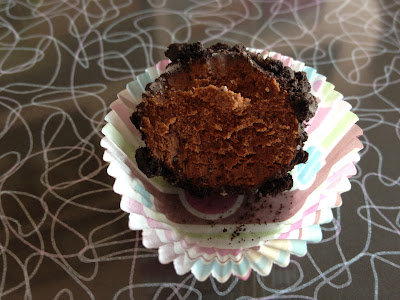 Once we were done with our "meal" we were ready for dessert.  For the record, I did check to see if the chipwiches were as big as the regular Vegan Treats cookies and was told that they weren't. What the counterperson neglected to mention was that they were possibly only millimeters smaller!  Ah well, in for a penny... 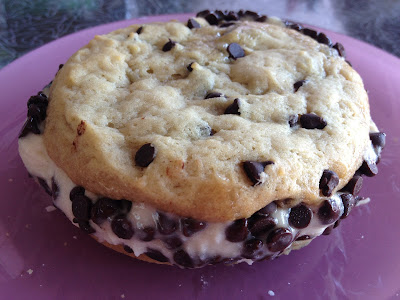 While I would have preferred a flavor other than vanilla (chocolate! peanut butter!), there's really nothing bad you can say about chocolate chip cookies filled with ice cream and rolled in more chocolate chips. 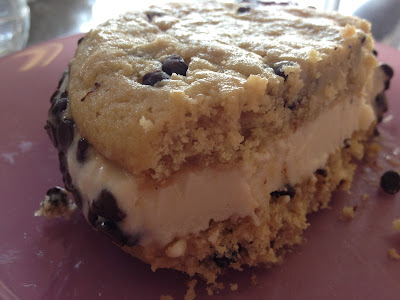 Thanks for bringing back another old favorite, VT. 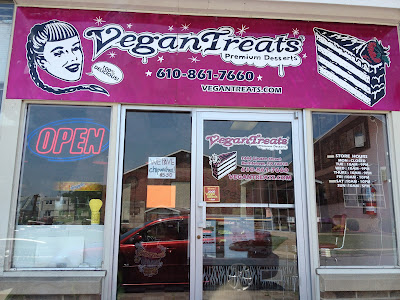 I hope to see the chipwich sign up again soon and often.  Like, maybe this weekend to coincide with the Bethlehem VegFest?
Posted by Abby Bean at 6:35 AM