Melt contacted me a while back to offer product coupons for their newly vegan buttery spread (aka vegan butter). It took me longer than I'd anticipated to find it in my area, but now it seems to be popping up all over. 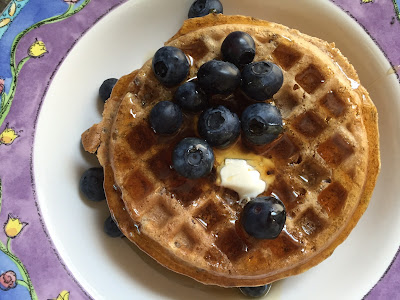 The soy free, virgin coconut oil version I found in a tub also comes in a stick version. Their other two butter offerings- honey and chocolate, are not vegan. 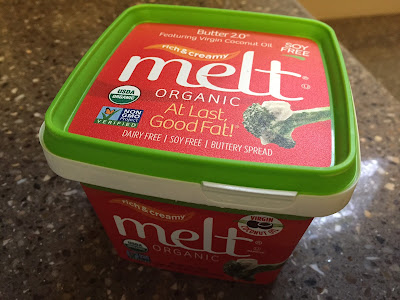 The first thing I tried Melt on was a baked potato. I was coming off a gross bout with the stomach flu (not that there's any other kind), after which I ate solely crackers and vegetable broth for a week. As a result, this potato was one of the most glorious things I'd ever eaten and, frankly, didn't need any accoutrements. But, I thought I'd give the Melt a first try. The texture was spot on: appropriately solid and melty when met with outside elements such as heat and fork mashing, there was just one taste that didn't seem to go: the coconut. A few days later I tested it on corn on the cob and had the same opinion. 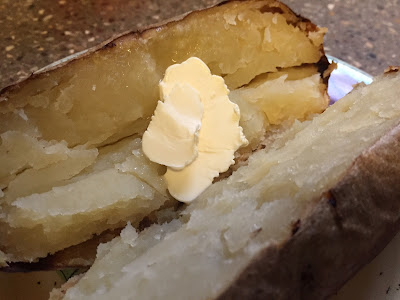 But, I was not to be deterred; next I made a slice of toast. Again I was impressed with the buttery characteristics, but since the coconut was not competing with any innate sweet or savory element, I enjoyed it much more. 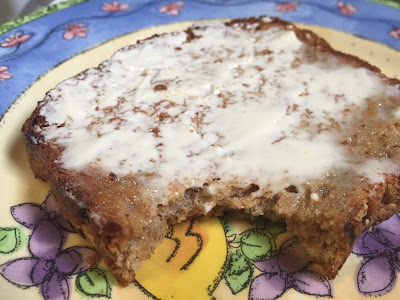 My next step was to make a toasted jalapeno bagel for VM and let her weigh in. She loved it. Kind of more than anyone should love a buttered bagel. In fact, almost as much as she loved this, which was kind of disheartening. Point being- it was a huge hit. 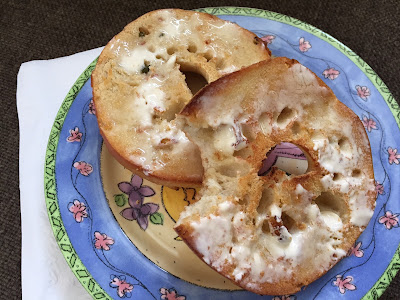 Many more bagels have been had since, but I thought the coconut taste would really soar in a sweet breakfast. 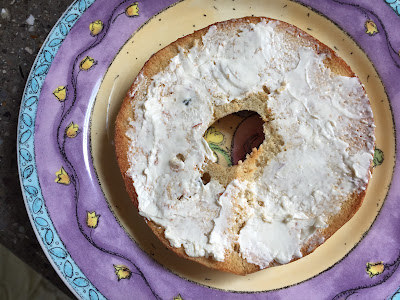 Of course I was right. I didn't love these frozen waffles the first time I'd had them, but the trifecta of the blueberries, maple syrup, and Melt made them pretty darn delicious. 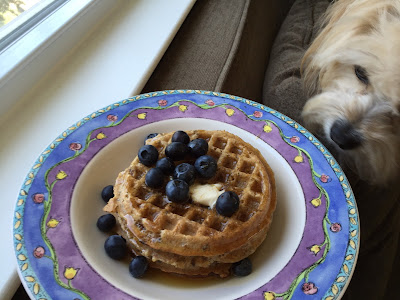 So, I decided that in order to really take advantage of the coconut flavor that I'd found ill-fitting as a savory dish condiment, I needed to use it for sweet. Obviously that meant I should take it one step further and use it in a dessert. I didn't necessarily need any baked goods in my life, but this was for RESEARCH. So, I pulled out the familiar chocolate chip cookie recipe from Chloe's Kitchen and set to work. 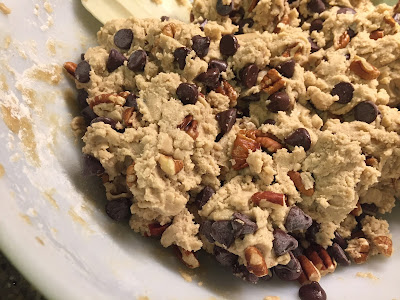 The butter worked tremendously in the cookies although, rather ironically, it did not have any discernible coconut taste in the finished baked good. Here I'd hoped the cookies would benefit from the coconut flavor and there was none. Still, the Melt offered terrific texture. 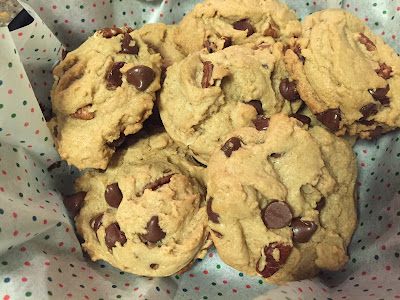 VM can use it for toast; I'll be baking with Melt from now on.
Posted by Abby Bean at 1:03 PM