The amazingness that is The Cinnamon Snail is usually referred to as "The Snail" amongst my friends, but VM has been known to describe the incomparable Chef Adam and his merry Cinnamon Snail as "delicious sandwich truck Adam".  That works too. 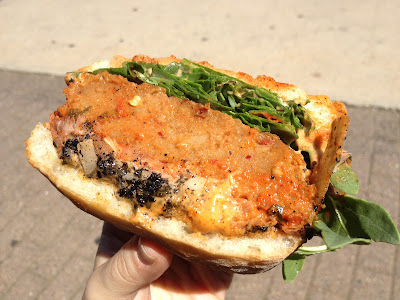 As you probably already know, The Cinnamon Snail can be found in various locations throughout Manhattan 5 days a week, at special events, and- now that it's summer, at the Red Bank Farmer's Market on Sundays through the fall.  If we lived closer we'd be there every week!  The farmer's market is small but varied: fruits, vegetables, foliage, crafts, etc.; but, the main draw is definitely the Snail.  Both vegans and non-vegans know the Snail is where it's at. 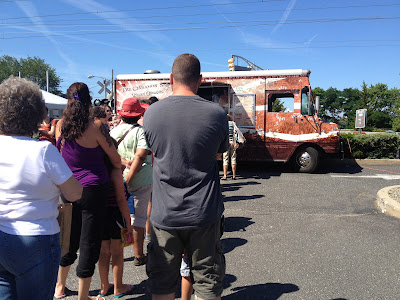 On this gorgeous day there was a new menu item that I'd been salivating over all week in anticipation: gochujang burger deluxe with sauteed kimchi, arugula, pickled daikon and leeks, black sesame gomasio, and sriracha mayonnaise on grilled focaccia.  I know, right!?!? 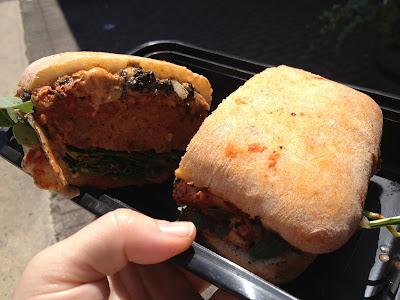 I am here to tell you that it was a bazillion times more amazing than you're even thinking right now.  VM pondered, "Do you think he just dreams up these scrumptious concoctions?"  Yes; yes I do. 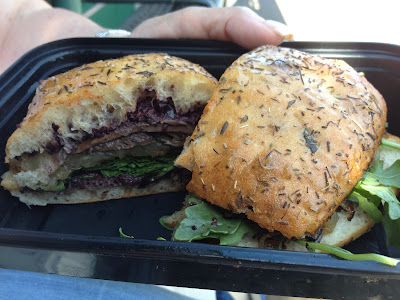 Just as good as our tastebuds recalled. 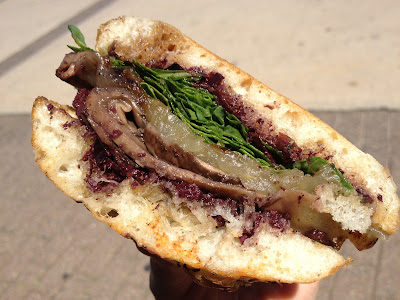 Snail sammies are the best of the best, people; going halvsies is the only way to fly. 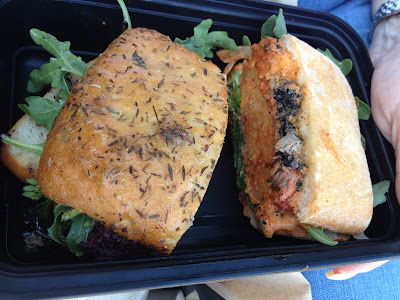 As luck would have it, the Snail was serving fresh strawberry limeade on this day.  For me: 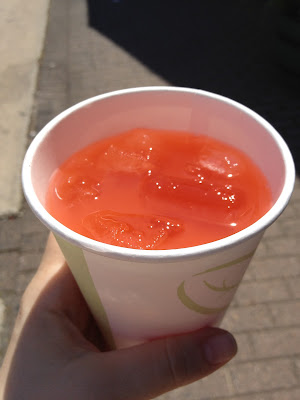 And for VM: star anise spiced coconut iced coffee.  What the what!?  So amazing that I had one too...for dessert. 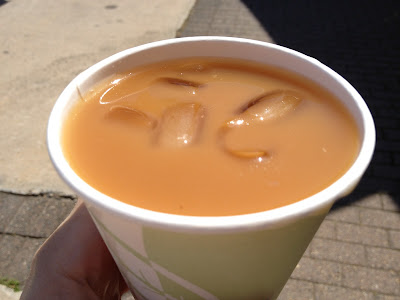 Speaking of dessert...
When I originally discovered this container in my assortment, I wondered what exactly I would use it for. 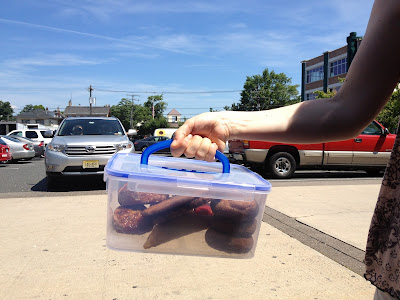 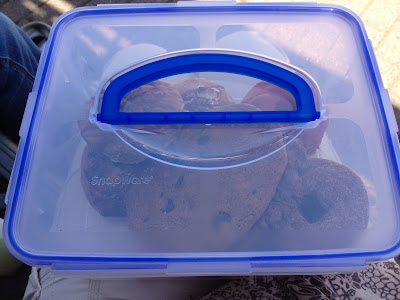 Even as I was enjoying my sammie, I was gazing at the haul. 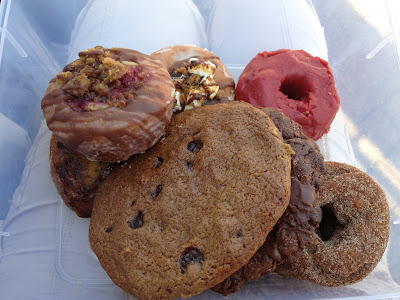 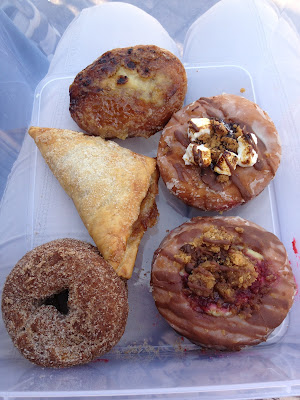 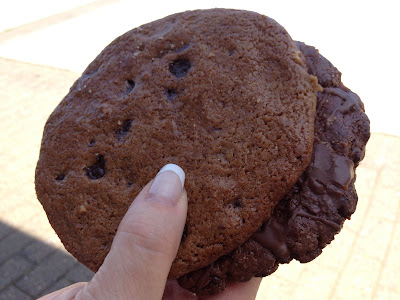 That's Ned Stevens gutter cleaner cookie on the left and mint Matlock took all of his clothes off on the right.  You never know what you'll find in the Ned Stevens: marshmallows, nuts, chips....and the mint Matlock is straight up awesomesauce. 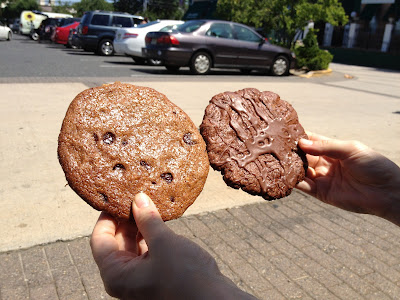 This is the fresh rasperry glazed donut that VM aptly described as "an inside-out jelly donut." 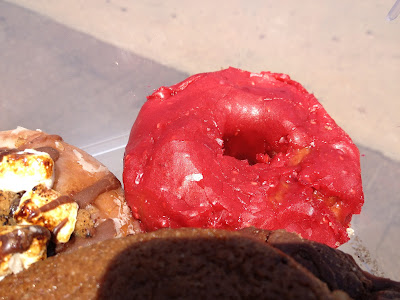 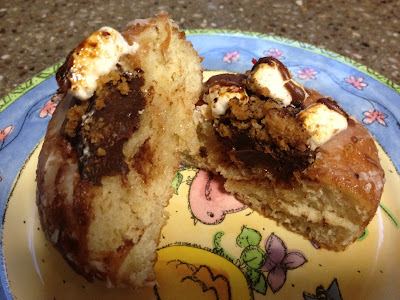 The raspberry cheesecake donut tastes as though a donut, a pie (graham cracker crust), and a raspberry/cheese danish had a baby.  I actually forgot to buy this one and went back for it when I remembered that it had been posted on Facebook (VM loves raspberry).  There's always a full-case of goodies at the Snail, but some rotate and I couldn't risk missing a flavor this time around. 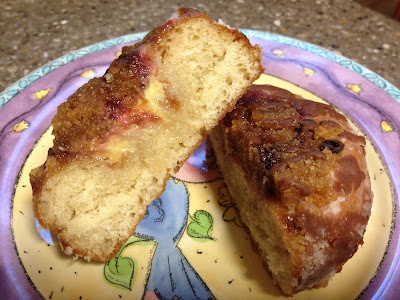 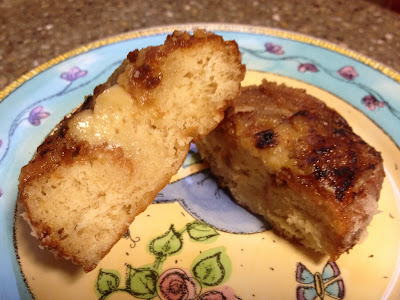 I don't like apples, but I have a thing for the pink lady apple turnovers.  I can't explain it; it's the magic of the Snail.  Here it is, heated and minus one bite. 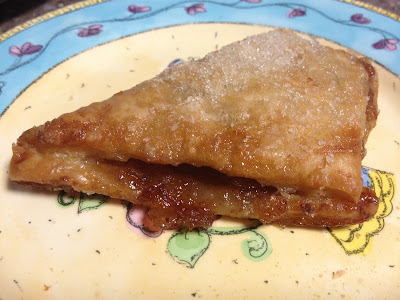 And finally, the last apple cider donut of this visit's booty. 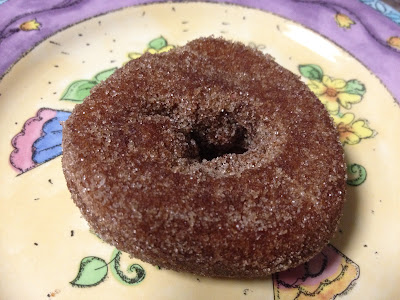 I rarely pick up other things at the market, but this time there was a new vendor selling kettle korn... 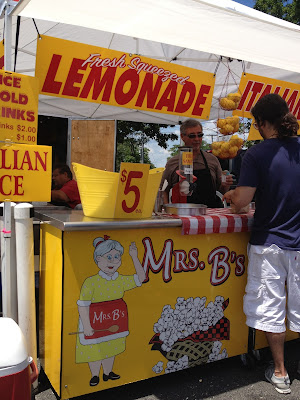 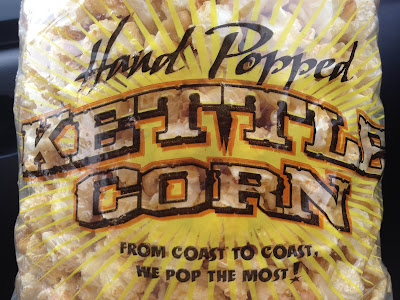 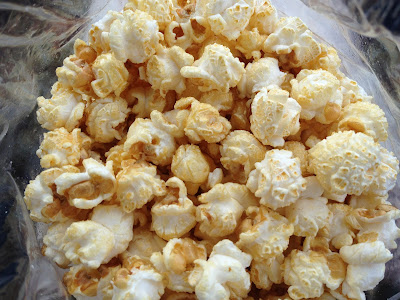 I was full, after all. 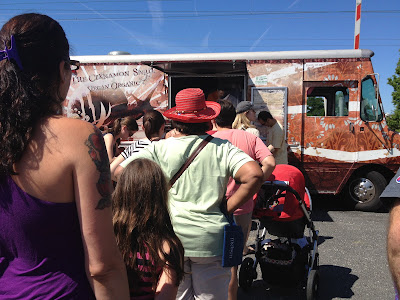 To find out exactly where the Snail will be, friend them on Facebook or follow them on Twitter @VeganLunchTruck.  Otherwise, if you turn a corner and see this: 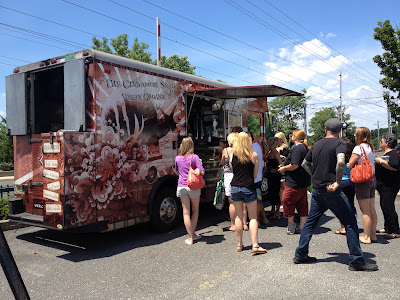 RUN, do not walk!

And, if you can, I highly recommend making a special trip to the Red Bank Farmer's Market; it's a wonderful way to spend the morning/early afternoon.
Posted by Abby Bean at 10:01 AM