While I can't tell you what 3 Brothers Pizza will be doing today to celebrate Vegan Pizza Day, I can suggest that you go there immediately and consume massive quantities of partake in any of these delicious dishes that I enjoyed on a recent visit; they- and much, much more- are available every day at 3 Brothers!  As for me, I'll be eating the leftovers in celebration. 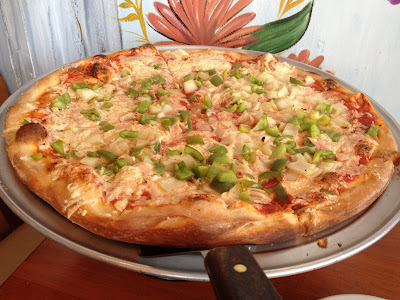 I always seem to visit on off hours, which means that they're not overly crowded and most of the clientele is ordering vegan. Not sure why that is, but I'll take it!  This time, there was actually a very new vegan ordering takeout; I assumed he was newly vegan because he had a bunch of vegan reading material under his arm as he ordered and he had many more questions than the average vegan simply confirming veganity.  A newbie at a vegan-friendly Italian eatery?  We've already won, people. 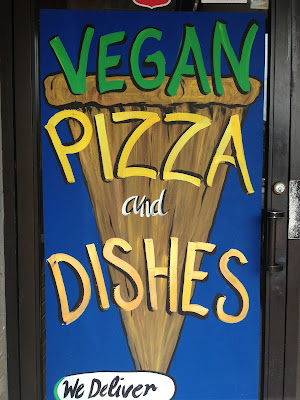 When you eat in at 3 Brothers, the meal starts off with fresh bread and vegan butter.  In case you're wondering, the vegan butter is automatic if you request the vegan menu (but always make sure).  It's warm and crispy! 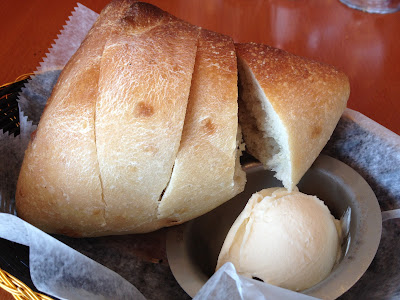 And yes, I did say vegan menu.  We're not talking mere substitutions here; vegans have a huge menu of options all their own. 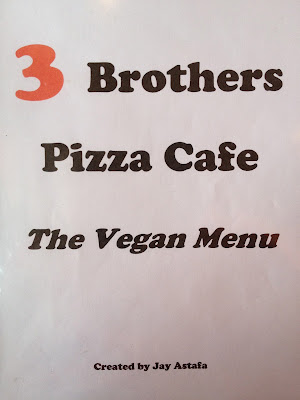 It's separate and, dare I say, infinitely better than the "regular" menu- for more than the obvious reasons. 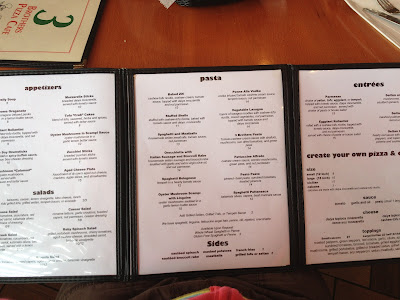 I wanted to try some new things, so what to get this time?  I started off with the mushrooms oreganata: "stuffed with oregano infused panko breadcrumbs, in a lemon butter sauce".  The richness of the sauce was well countered by the freshness of the mushroom; I really enjoyed this one. 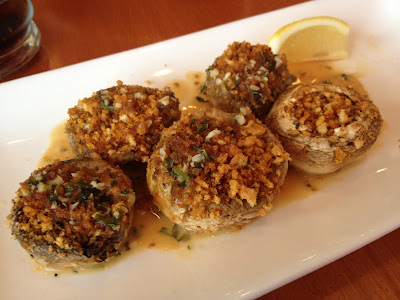 I've been kind of infatuated with vegan ricotta lately.  Since it's been too hot to make my own white pizza, I decided to go all out and order myself a calzone. 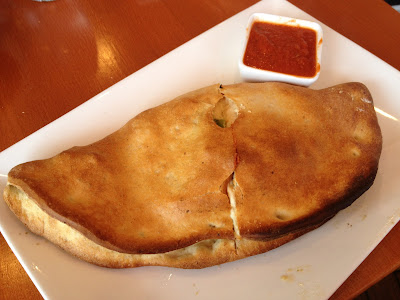 It's been a really long time since I've had a calzone; have they always been this big?  Luckily it was on a long, rectangular plate because otherwise it would have been hanging off: the veritable dosa of the Italian world.  Filled with peppers and onions and served with a side of marinara, it was excellent. 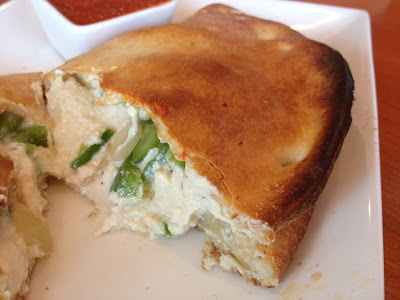 Here's where it went haywire.  I couldn't not order a pizza; it would have been rude. 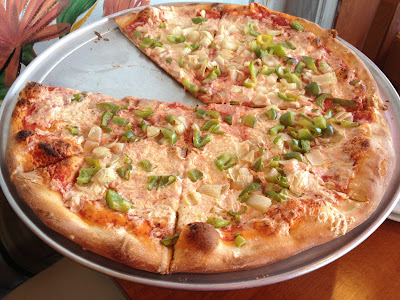 Also with peppers and onions, although they did forget my olives. 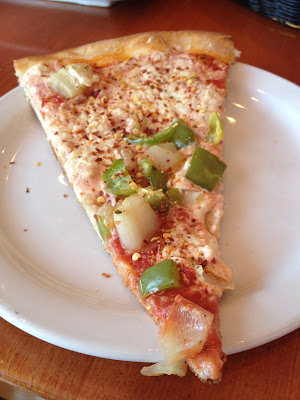 And, for those of you keeping score, the red pepper shaker was just as clean as last time (for some reason my picture won't upload).  I love a good, clean, "public" condiment dispenser.

Let's be honest, I didn't eat all of this food; there were plenty of leftovers, which is why I am able to celebrate Vegan Pizza Day in style from my very own home.  But I didn't hold back in a rail against gluttony; I wanted to leave room for dessert. 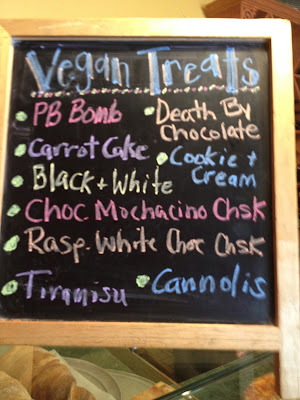 All of these Vegan Treats options sounded incredible, but "when in Rome..."..."leave the gun and take the cannoli."  Or something like that. 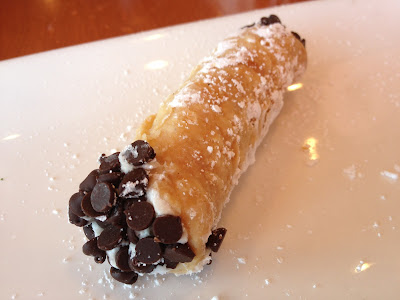 And, as if that wasn't enough: a parting gift.  Ok, not exactly a gift.  Well, not an intended gift; let me explain.  I happened to notice that the pen that came with the check was awesome.  When I saw that it was a 3 Brothers pen I asked if they were selling them.  The waitress said I could have it!  This is not just an ordinary pen, people. 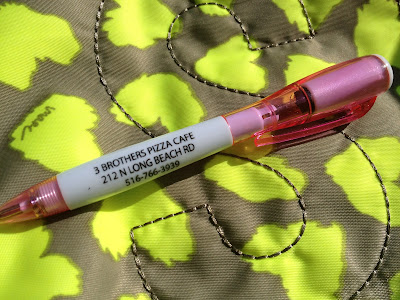 It has a really bright light on the end as well!  Come on; it's like two gadgets in one. 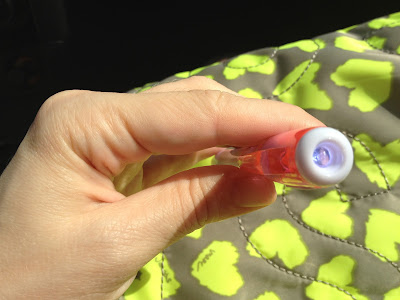 It's hard to leave you, 3 Brothers. 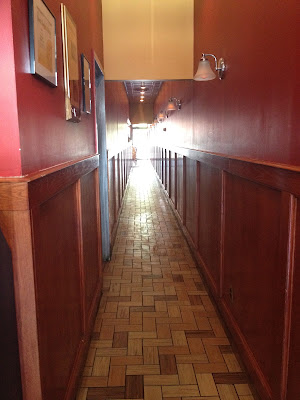 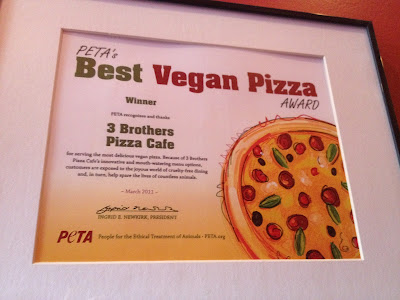 Happy Vegan Pizza Day, everybody!
Posted by Abby Bean at 7:38 AM