My dad is not vegan.  He eats vegan food only when he has no other choice, and sometimes not even then.  He's been to more vegan restaurants than many vegans, and has managed not to eat at most of them.  Some people would rather go naked than wear fur; from Horizons to Peacefood, he'd often rather go hungry than eat vegan food.  As such, we could not celebrate Father's Day in my vegan house. 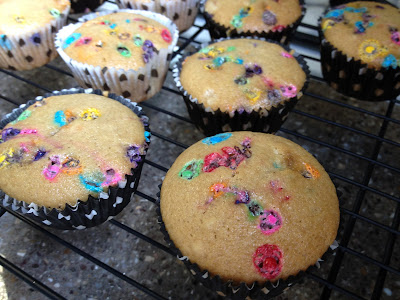 You may recall the spreads I go all out for on Mother's Day.  Since my dad would rather traditional, S.A.D., non-vegan food I won't even mention here, I brought the vegan food to them.  He even ate it... albeit as an accompaniment.

For breakfast (don't judge), I brought the funfetti.  Start the day off right, I say!  Funfetti cupcakes:  VCTOTW golden vanilla cupcakes (made with oil, not butter) swirled with Leiber's candy-coated mini-chips. 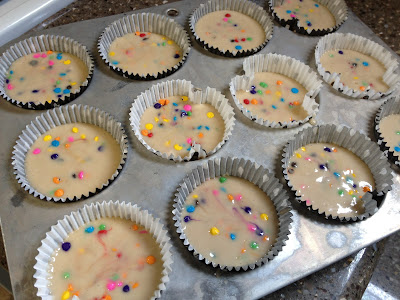 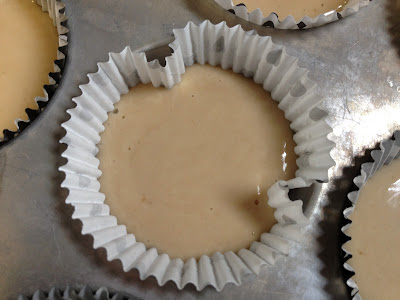 My pans are old; is it possible that they can no longer contain today's giant liners? 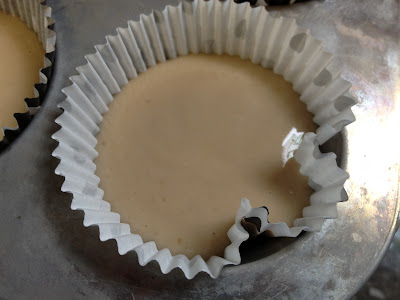 They cooked up just fine regardless. 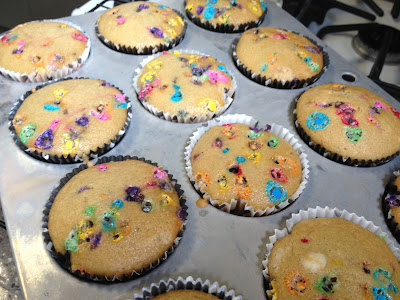 I iced them with Biscoff spread, because my Dad loves Biscoff. 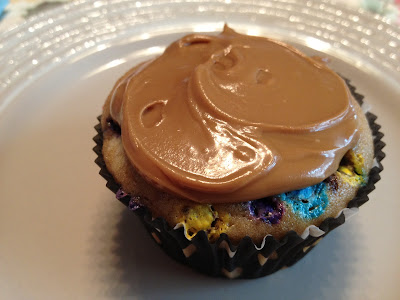 We skipped lunch in lieu of an early dinner.  I brought the salad: mixed lettuces with carrots, tomato, and red onion (I'm addicted to my julienne tool). 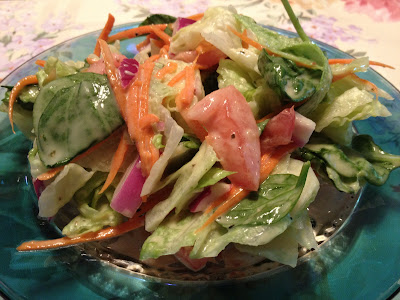 There was a one-man barbecue, while VM and I partook in veggie burgers (yes, that's a ciabatta roll; I cannot find buns without datem, L-cysteine, or various other dough-conditioning enzymes I'd rather not consume).  VM whipped up some horseradish-adorned potatoes and onions and I sauteed a mean batch of string beans. 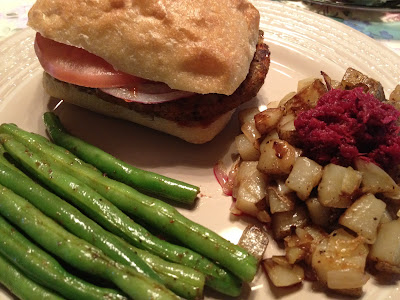 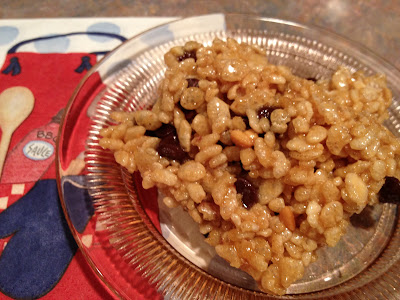 And this is exactly when I realized I'd forgotten to make the jello.  To be continued...
Posted by Abby Bean at 12:10 PM