When I went to pick up a jar of Vegenaise (avocado sammies, potato salad, tempeh salad; it goes fast in the summer!), I was surprised to see that my supermarket had begun stocking the relatively new Veganaise tartar sauce.  But before I could drop it into my cart, common sense prevailed; what was I going to do with it? 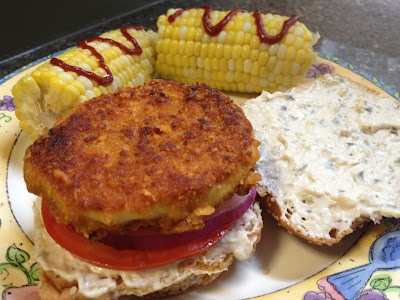 I did all the rest of my shopping daydreaming about the tartar sauce and then it occurred to me to check the freezer section for vegan fish.  Lo and behold: Sophie's Kitchen Vegan Fish Fillets had been there all along.  I grabbed a box, went back to pick-up the tartar sauce, and was on my way.

For some reason I interpreted the fillets on the package in such a way as to expect the contents to be shaped like, well, fillets.  In reality, they were round patties; this was actually preferable because they were perfectly proportionate to my bun. 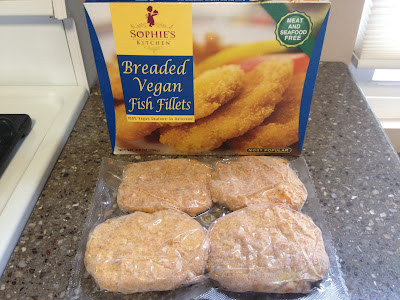 The "fish" was a bit orange for my liking, but it did smell slightly oceanic (points for authenticity?).  It took a little longer to heat than indicated, but that could be because A) I had the gas turned down in order to reduce oil splatter, or B) because I was unclear from the directions whether or not I was supposed to thaw the patty before cooking (I didn't). 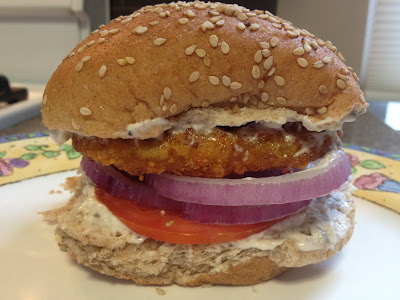 The tartar sauce was a thick, appealing consistency.  Too rich to try on it's own, with confidence I generously coated my bun with it before dressing with tomato and onion (I really like condiments). 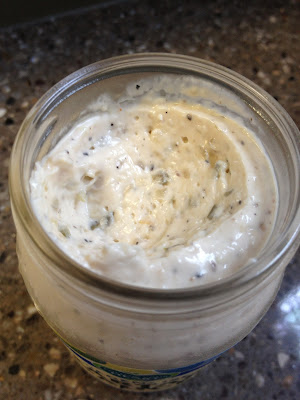 The first bite I mostly noticed the tartar sauce.  Not as pickly as I was expecting, but still ridiculously delicious.  As for the fish?  Tastes like chicken!  I mean, I don't really remember what either tastes like, but it looked and tasted no different than the chikin patties I can recall eating as a vegetarian.  Nonetheless, the crispy-fried coating in concert with the tartar sauce was a success. 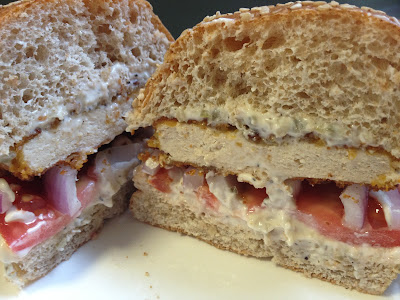 I did find it curious that the company tauted konjac root so prominently on the box, 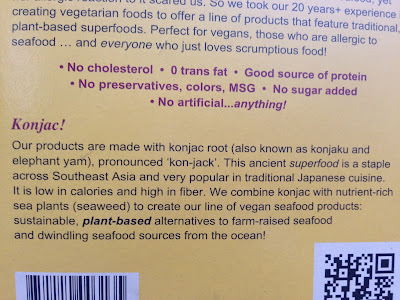 yet it was listed as a powder: 7th out of 13 ingredients, the first being (non-gmo) textured vegetable protein.  Also, where was the seaweed? 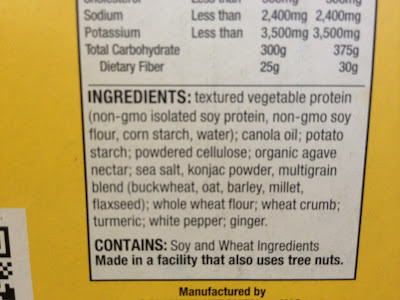 Ultimately, the "fillets" are not something I would eat on a regular basis, but the tartar sauce is awesome!  So overall it was nice to have an old-skool sammie fix- be it faux fish or chicken.
Posted by Abby Bean at 6:54 AM