Am I the Only One Who Loves Yodels?

Certain people who will remain nameless find themselves in the immediate vicinity of Vegan Treats often, but rarely find it in their hearts to return with the goods.  But what they lack in delivery frequency, they make up for in quality and quantity of selections. 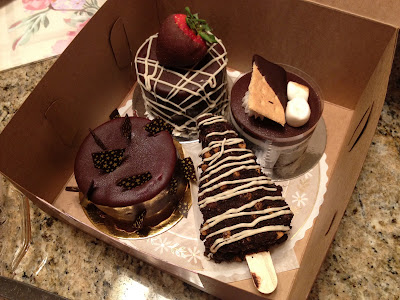 Let me be clear about something; it's easy being vegan.  Non-vegans will argue, but that's because they are wary of being inconvenienced in the slightest; it is easy.  But if someone were to ask me what I "miss", I'd inevitably say yodels.  It's true!  Chocolate cake, vanilla cream, chocolate shell; it's practically the perfect food (minus the non-vegan part).  In fact, the best breakfast of my entire non-vegan childhood was quite possibly the yodel and chocolate milk my dad allowed me to choose when he took me to work with him.

In ALL of my vegan eating I have never come across anything remotely similar in taste or construction to a yodel...until now.  Behold: the deconstructed yodel. 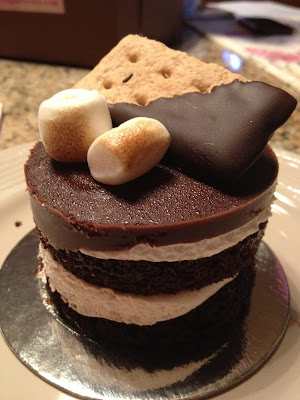 The VT counterpeople will earnestly explain that this is a s'mores something or some such; pay no attention, just buy it.  You can thank me later. 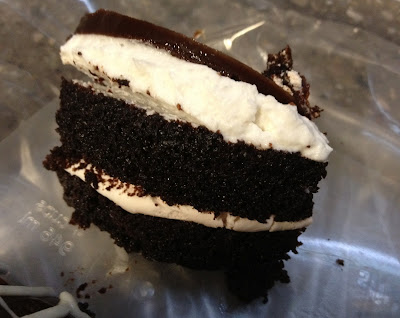 I'll admit I didn't love the marshmallows, but they have nothing to do with the impending yodel-dom that awaits.  The chocolate-dipped graham cracker, however, is divine in and of itself; consider it a pre-yodel snack.  Take a deep breath.  The beauty of this creation is in the layering: chocolate cake, Vegan Treats' famed marshmallow cream, more chocolate cake, repeat, and a layer of chocolate "shell".  I'm here to tell you yodel-philes; it's a bonafide vegan yodel masquerading as a delicate and fancy, schmancy cake.  Who would have thought?  Honestly; my vegan diet is now complete.
After this relevatory dessert, are other goodies even necessary?  Necessary, no.  Probable, yes.

Death by chocolate remains high on the leaderboard of best desserts of all time. 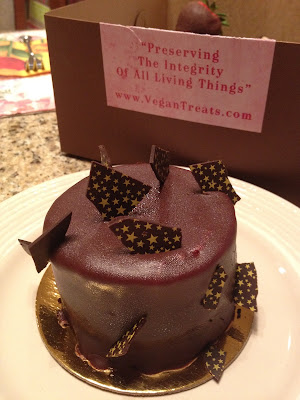 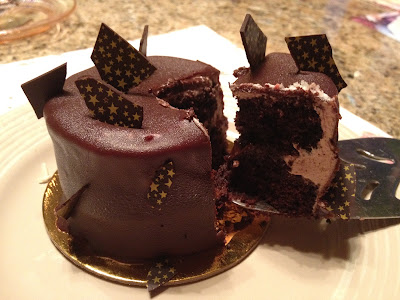 And there's just something about the chocolate-encased strawberry shortcake. 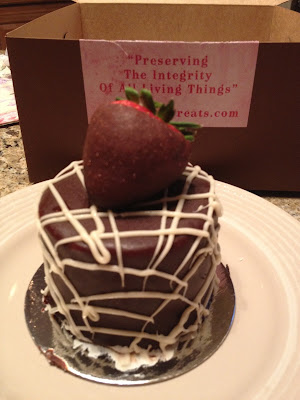 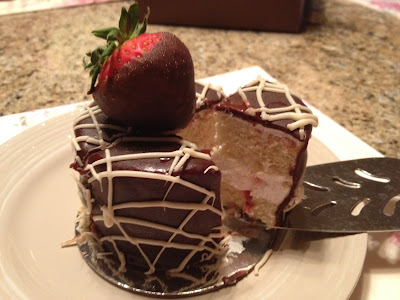 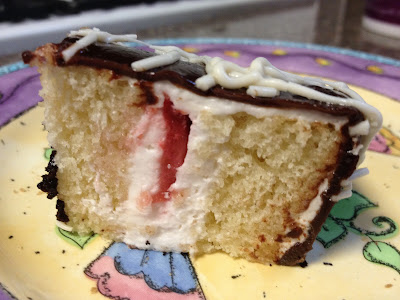 This was the first time I'd come across one of their desserts-on-a-stick outside of holiday season. 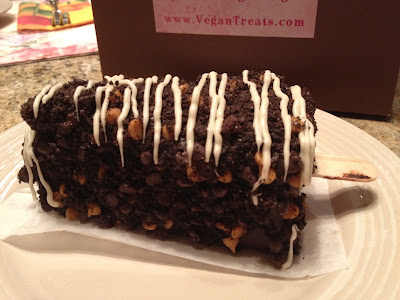 As if the coating of chocolate, cookie crumbs, chocolate & butterscotch chips, and white chocolate wasn't enough- they were all encasing the elusive chocolate-chocolate cookie cheesecake that I've been coveting ever since having it sharing it as a special-of-the-week dessert at Soy and Sake years ago.  Score! 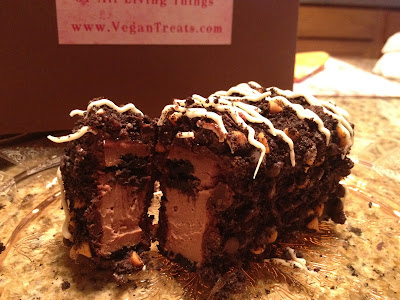 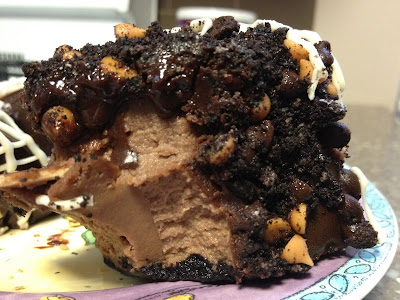 I cannot tell a lie.  I had some donuts too. 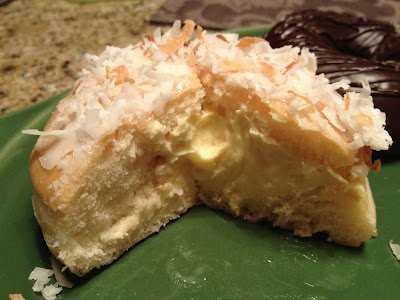 And, the incomparable chocolate-covered donut: 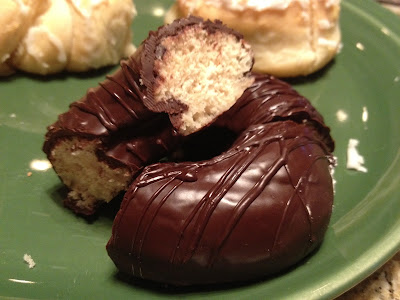