As I was saying...since I am impatient couldn't wait for Jay Astafa to arrive with his delicious grub at the Karuna for Animals: Animal Rights and Vegfest, I decided to just go directly to 3 Brothers. 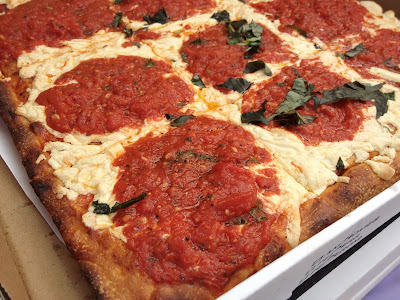 I'd only been to their previous location in Garden City, so this was my first visit to their new Farmingdale location.  When I approached, the restaurant and parking lot looked eerily similar to the original GC location that is no longer owned by the Astafa Family; I considered that I might have come to the wrong place.


It was dark when I entered, and there wasn't a soul around.  Then I realized I had to walk through to the pizzeria, where I was surprised to find only one customer and a small staff that all seemed intent on ignoring me.


When I finally got someone to acknowledge me, I asked for the vegan menu.  I was sort of relieved when I was told there was none.  I WAS in the wrong place- entirely.  Just a random, Long Island pizzeria named Three Brothers... in Bethpage: which is neither vegan or owned by the Astafas.

Luckily, some iPhone sleuthing revealed that the real 3 Brothers was about a mile and a half away. Check your navigation, people; don't let this happen to you: a pizza delay is no joke!  And then:


Just what I was looking for: 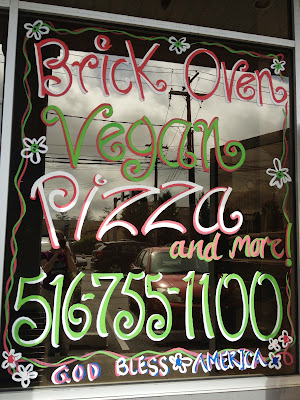 The new space is bright and the dining room was crowded as expected.  The take-out business was bustling (mostly vegan orders were overheard!) and the pizza chef was extraordinarily friendly; I was definitely in the right place. 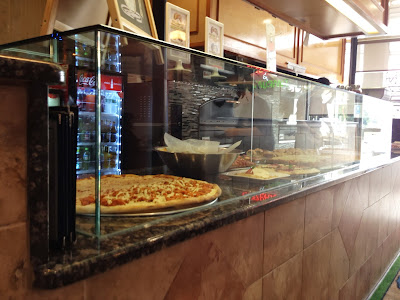 I somehow resisted the options that were available for immediate nosh, but take note if you're in the area and just want a slice. 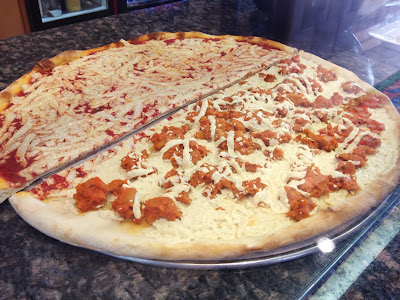 Instead, I ordered a ton to-go.  How could I not?  I was surrounded by the sights and smells of extraordinary vegan pizza. 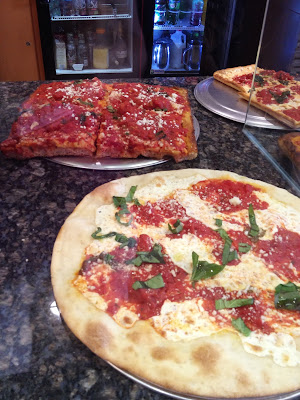 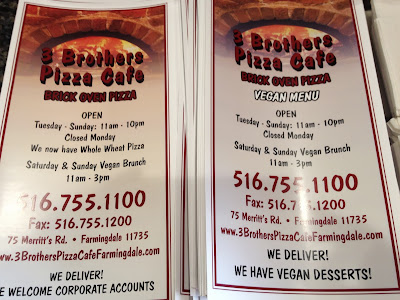 With every minute that passed I wanted to order something more.  Instead, I busied myself with a first: blogging right from the restaurant using my Blogger app.  I did have time to wait for my large order, so why not?  (note: publishing from my Blogger app inexplicably mis-ordered my post)

This is the grandma pizza: square pizza, tomato sauce, fresh basil, Daiya mozzarella, soy parmesan. I requested that it be made on a Sicilian pie instead of the thin crust because more dough is always appropriate. 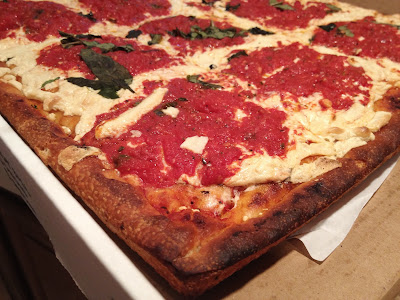 I can smell the basil just looking at this picture! 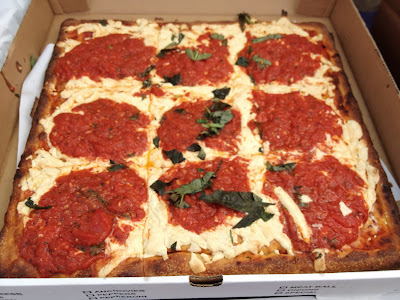 My calzone: with cashew-tofu ricotta, Daiya mozzarella, peppers and onions. 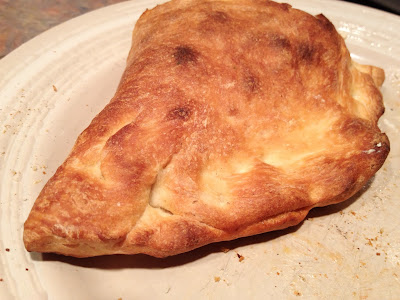 If there's an appetizing way to photograph a calzone, please let me know.  In the meantime, know that it was huge and delish; I ate it with VM's marinara (coincidentally, I ate it with VM, as well). 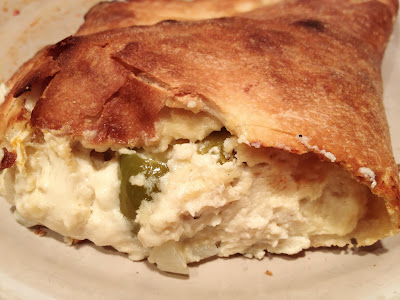 Also, a large, round pie: with Daiya mozzarella, peppers and onions. 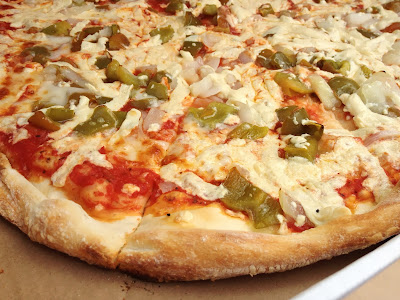 Are these not the biggest Daiya shreds you've ever seen? 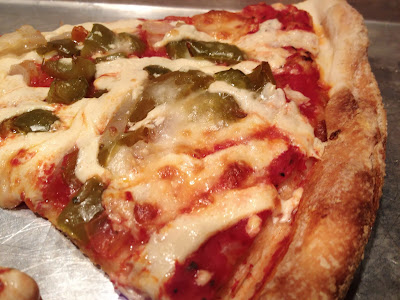 A random pocket photo as I struggled to stuff everything in the car. 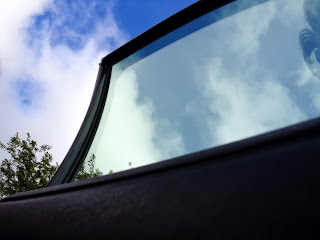 Why?  Because my little bit of vegan Italy...went in my trunk. 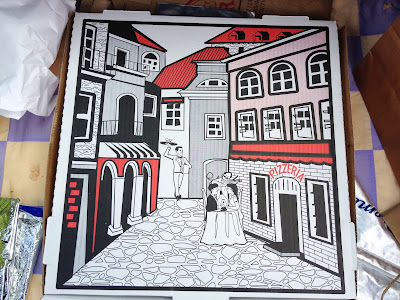 It was a long drive home with the scent of pizza wafting through the car.  You can't very well grab a slice while you're behind the wheel, so everything made it home intact.  It was worth the wait; totally delish: every morsel.

Suffice it to say I have plenty of leftovers frozen. 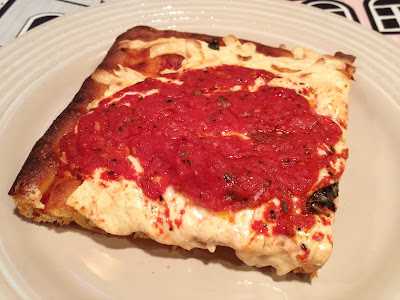 ...because you never know when to expect a pizza emergency. 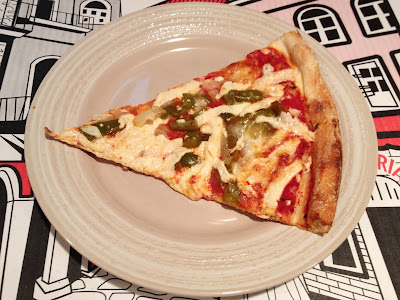 3 Brothers may have changed locations, but their food is as yummy as ever.  I know Jay Kitchen is already a catering company with plans to open a fine dining establishment in New York City, but I would implore them to consider opening an NYC 3 Brother's outpost as well.  Because eventually I'm going to run out of my stockpile.
Posted by Abby Bean at 8:45 PM