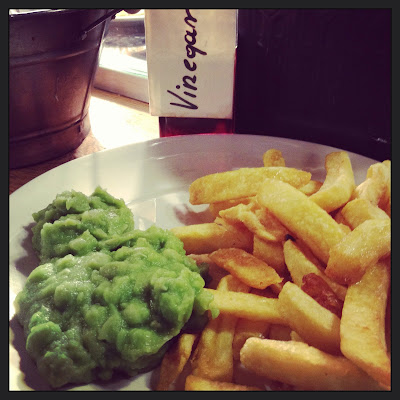 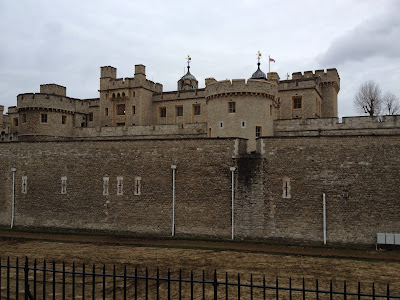 There's a bunch of stuff to do there, but when it's freezing and snowing and there are tons of school trips around so that rambunctious children are bombarding you and just about every historic nook and solemn cranny with their aloof boisterousness...well, the tower interiors all begin to run together and you just want to find a room with central heating. 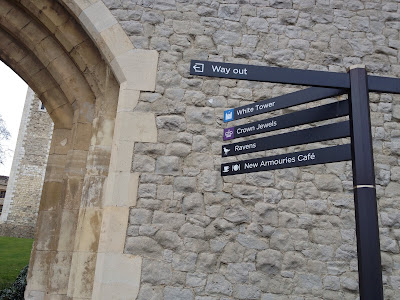 Enter the New Armouries Cafe.  We'd been making a habit of popping into every tourist attraction's cafe to see what vegan options were available.  Since it was usually nothing, we spent our days snacking and saved the majority of our eating for nice meals for the evenings. 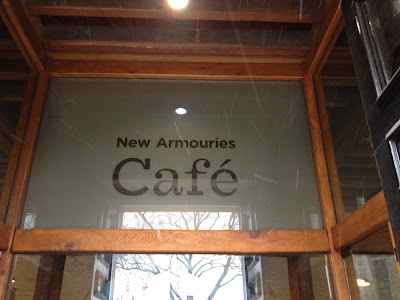 To my surprise, the New Armouries Cafe had something that I hadn't come across in the 5 days we'd already been in London: mushy peas!  I almost passed them up, but ultimately I couldn't resist. 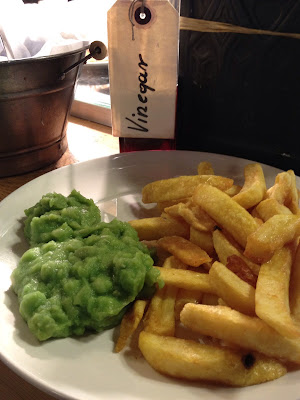 Although I certainly hope that they were, upon reflection it's entirely possible that these weren't vegan.  Since returning home and searching for a recipe, I'm finding that they all contain butter.  Which led me to wonder, in hindsight, why the Tower of London would go to the trouble of catering to vegans when no other tourist destination seemed to bother.  So, as much as I enjoyed them, it's possible that when I asked if they were vegan/contained no animal products, the affirmative response was born of the typical confusion between vegetarian and vegan food.  Or maybe I was lucky? Not to worry, I will surely be veganizing them shortly.  And, if you're in London looking for certifiably vegan mushy peas, word on the street has it that you can find them, from time to time, at Mildred's.

On another note, they were filming the new Muppet Movie while we were at the Tower of London.  Unfortunately, there were no actual muppets on set, but it will be cool to see the movie when it comes out and know that we were there when... 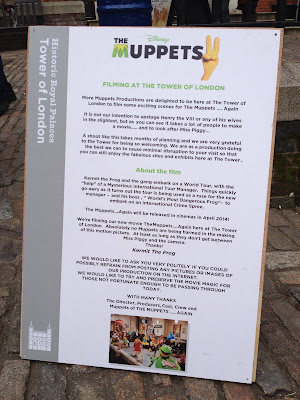 London tip: I didn't find anything particularly impressive about the restrooms in the Tower of London, but they did have quite a few of these awards on display. 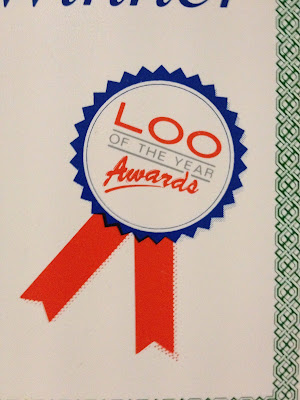 Imagine being a judge?

Email ThisBlogThis!Share to TwitterShare to FacebookShare to Pinterest
Labels: London